There is a saying: “Nothing is perfect”. Not the evil itself. Can we then find something good in the Psy-Op called here Coronavirus Hoax or Plandemic? Indeed we can.

As much as damage was done by this global coronavirus operation of fear and hysteria, it also broke the mold of a World based on lies. Illusions are shattered, and we now have two clear paths before us. But let’s turn to the common myths that have held together the Matrix of lies so far. These are the key globalist liberal lies…

Myth of a Science

Science should be a sum of knowledge, a collection of experiences gathered for the benefit of all mankind. Instead, a science has become a powerful tool in the hands of global plutocracy. All the branches of science are instrumentalized, the abuse of Medicine is particularly pronounced through coronavirus hoax. You see, you can’t really scare the population telling them that we have almost escaped extinction because some asteroid just missed us passing at ‘only’ 3 million kilometers from the Earth. But you can invent ‘an invisible enemy’ in Medicine that is going to kill us all if you do not obey. This way, science of Medicine has taken a role of a new age religion. You can find a part of an explanation with Giorgio Agamben’s short philosophical essay La medicina come religione (Italian) where he compares three great systems of belief: Christianity, capitalism, and science. (Translation here: Medicine as Religion).

In the context of a current ‘health crisis’, Medicine is not just a benevolent religion helping people to survive and procreate, but a fundamentalist inquisition ready to destroy anyone who is not following dogma. And the methods are not so different from the old ages: 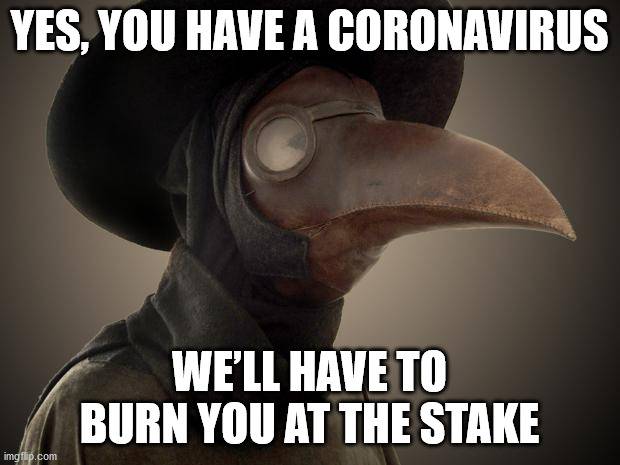 The burning is still done in the virtual space, but who can guarantee psychopaths won’t bring it back to reality again?

Myth of a Free World

Here are few examples of the Medicine dogma destroying another myth: A Myth of a Free World. A criminal instrumentalization of Medicine for the benefit of globalist plutocracy, has led to resistance. A physicians, guardians of a true science and health, have stand out against a massive and criminal (deadly, in fact) disinformation campaign through the corporate media. Ten days ago, in Washington DC, a group called America’s Frontline Doctors spoke against the medical terrorism and about the cure available right now. Reactions of the Inquisitors was prompt: America’s Frontline Doctors’ video was immediately removed from all the centralized social platforms under control of the Empire, and you can now only see it on the decentralized, free platforms like 3Speak.

A censorship of such monstrous proportions completely shattered the myth of the ‘free world’. Propaganda is unmasked, and brute force is in the open. Such realization sparked protests around the world. That’s a natural point at which rebellions break out. When inquisitors think they have plug one hole, the other opens. Now we have an international team of doctors gathered in Madrid, to speak simple truth and undeniable data:

“This is a world dictatorship with a sanitary excuse,” was stressed at the end of the meeting. Doctors agreed that:

• The confinement of the healthy and the forced use of masks have no scientific basis.

• The disease known as Covid-19 does not have a single infectious pattern, but a combination of them.

More about the end of free speech in a ‘free world’ you can find in the text entitled Coronavirus: Censorship and Satanism.

Together with censorship and a death of freedom, died another deeply rooted fallacy – the one of parliamentary democracy. Any representative democracy is actually an oxymoron – if you have a representative (middleman) you can’t have a democracy, and vice versa, because representatives are prone to corruption. Exceptions are so rare that they are not worth mentioning. Aside of this fact, for a true democracy you need at least two more elements: First, if you want people to decide rationally, you have to provide the facts before the decision. So, real democracy require honest and competent media. In the completely corrupted world of coronavirus hoax, you easily can see that corporate media are not made for honesty and competency – just the opposite! The corporate media are a source of corruption and manipulation.

Second requirement would be a system of control and punishment. Representatives and executives are going corrupt when they know they can escape punishment. That means you have to have strong judicial system. Alas, that one is also prone to corruption. Is it impossible to make a democratic society, then? No. It can be done through direct democracy and blockchain society. Bitcoin protocol and Nakamoto consensus are the first implementations which are showing us that it is possible. But first, people will have to reject a social organizations based on lies. Like the lie that free market is self-regulatory…

Well, it isn’t. Free market means that rich profit oriented bloodsuckers are going to use any misfortune to get richer. See again the list of those whose fortune rose the most during the ‘corona crisis’. A billionaire psychos couldn’t care less for the society, and the only ‘care’ was always in the function of profits – see the case of demonic ‘philanthropist’ Gates.

The rule should be formulated like this: “Left on it’s own, Free Market always gives birth to the most psychopathic monopolists, ready for a mass crimes of outrageous proportions.”

You don’t have to go far for example. Just see the stock market.

The Stock Market is a fraud. Not any fraud, but the greatest fraud in the World. Just look at the New York Stock Exchange. From February 13th to March 16th you had the greatest collapse of stock market in the history of the World. Then you had a lockdown and full stop of almost all economic activities… 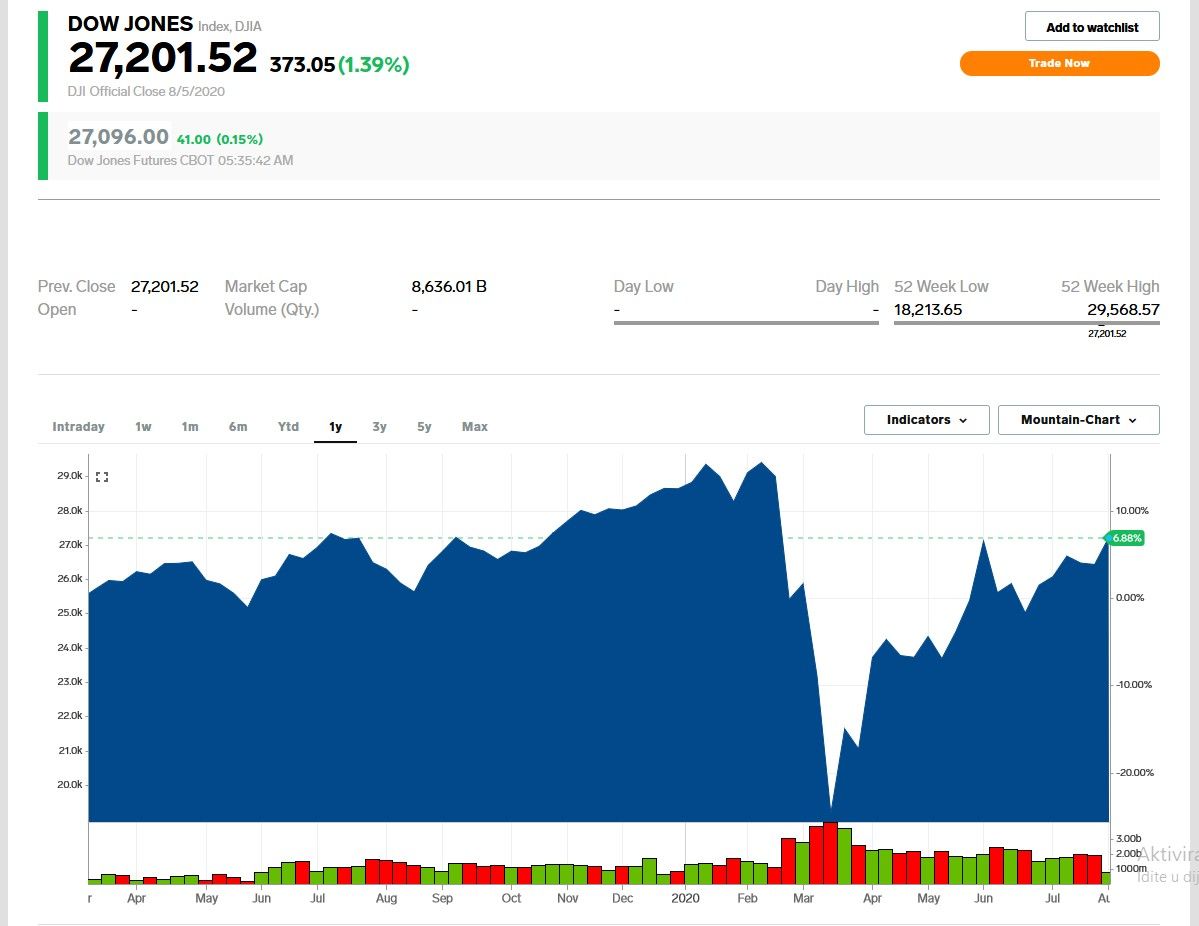 …yet the Stocks recovered! How? Because there is no market! FED is the market! And still, your shadow masters call it ‘Free Market’. Well, ‘Free Market’ didn’t react to ease the misfortune of population, but to fake recovery in the interests of the psychopathic billionaires and the same shadow masters which actually make up the criminal financial plutocracy.

At the end, let’s return to the mentioned two clear paths from the beginning. One is a path to true freedom, decentralized world without intermediaries, global masters and their corrupt bureaucratic puppets. The other is a pathway to destruction, their idea of a new world order. It should be rather called NWD – New World Disorder – because you can’t construct any order without the elementary justice and equality.

So, at this fork in the road, we really do not have much choice. The rebellion will become a neccessity, because global psychopaths will not leave us alone. This is not the question. The question is a price of rebellion – it will be higher if it takes longer to happen. Or, we can say it from the other side – It has to happen as soon as possible.

Saving Julian Assange would be an encouraging start.