The killing of a modern day saint - part 1/6

My time is short, dear reader, soon I may be gone. So I want to tell you this tale before it is lost forever. None of this can be proved as true or not. Who knows what really happened, other than those personally involved? And they may wish the truth to remain hidden. All I can do is express what I have heard of a strange and macabre occurrence that took place in the 1970s, where the forces of darkness battled, under cover and in disguise, to snuff out a shining light for humanity, lest the world become too purified and prevent their plot to drag it down to the depths of hell. 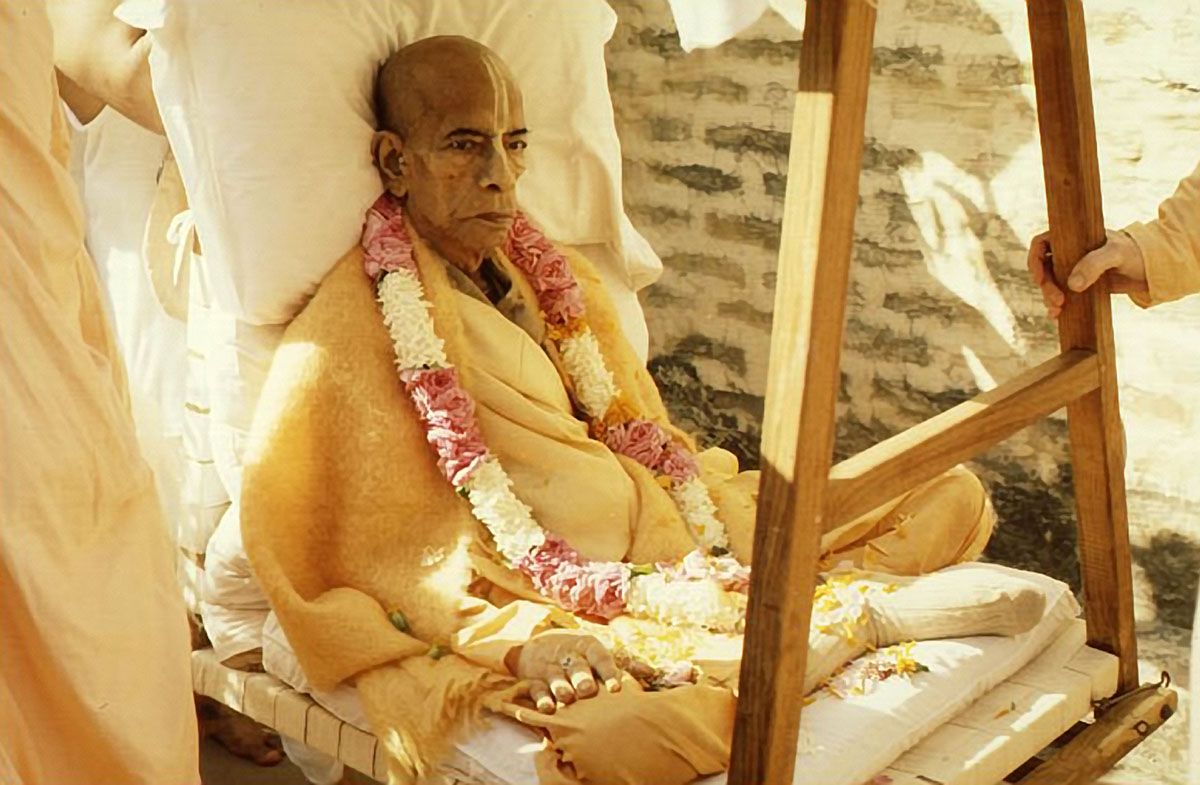 Since time immemorial, the agents of darkness have battled against those of light. Demonic and insane beings have raged to destroy the righteous who kept the way open for all the fallen conditioned souls trapped in the miserable material world so that all living beings could return to their original positions in the eternal, blissful realm in the land without death. These wicked agents have sometimes won the occasional skirmish and become so powerful, that they achieved their selfish position as ruler of a vast realm, bigger than we can imagine here on our little earth planet.

In so doing they have, throughout the immeasurable swathes of galactic time and history, occasionally upset the balance by claiming dominion and causing havoc in the universe...for a while. But the balance is always restored in the end, just like a pendulum swings inevitably under the force of gravity from one extreme to the other. Galactic time moves gradually from an age of bliss and harmony to one of destruction and despair, only to be wound up in annihilation and begun again in its original blissful state. Or so the ancient texts describe it.

Sometimes mighty demons with bodies bigger than we can imagine, from other ends of the cosmos, may rise up and oppose the denizens of the heavenly realms for a while. And sometimes they appear in the disguise of a small and insignificant human to walk among us and perform their villainous deeds. Or they send their agents into the world of humans when they see that some saintly soul has taken birth to uplift humanity from their grip of illusion and enslavement. These agents then infiltrate and perform their demonic deeds for their masters, right under the very noses of the unassuming idealists.

Their desire is always to wreak havoc and maintain despair, limiting the ability of humanity to escape the grip of their captors who wish to exploit them like prisoners on a chain gang. They thrive on destruction and indeed will work counter to any effort to improve or inspire the human lot. Their deeds are dark and hidden, yet already they rule and control this little planet of ours and will not allow truth and sanity to arise, lest they be exposed and their position of world domination usurped in the clear light of the sun.

I may be labelled as a madman for speaking such strange tales. Yet is it not, in fact, madness to be considered normal in a world gone mad? Perhaps I am a relic from a past era, or even just a past generation. Already all around us on the face of the earth, so-called leaders are sculpting what appears to my conditioned mind to be a truly dark and demonic future for the generations to follow. To me this can only be the work of some “dark satanic mill” that grinds ever onward in its agenda to crush the life out of every grain of humanity until all that is left is a mush and pulp of impersonal mindless mannequins, and humanity -what to speak of consciousness – is visible no more.