The media must be getting desperate to sell the scamdemic panic at this point, as they have now been caught red handed staging scenes at a NYC hospital (presumably), going all out using a Covid-19 dummy. See the madness for yourself, courtesy Channel 4 News and the self-contradicting NY Governor Cuomo, in the short video compilation I put together on this, further exposing the psyop. But just remember, whatever you see with your lying eyes, remember that #ThisIsForReal!

No joke, as Governor Cuomo gives press conferences talking of the overworked nurses, and the nurses talk about the ventilator shortage and coronavirus patients dying left and right, and the media talks about “every inch” of a NYC hospital being filled to the brim and overflowing with Covid-19 ‘patients’, the camera pans across the room, clearly showing one of these overworked ‘nurses’ wasting precious time and energy ‘caring’ for a dummy, which is of course also wasting some of the precious medical supplies they are running so low on! It truly is out of this world, so unreal, and yet so obviously real (the fakery of course, not so much the official pandemic narrative)

There is no way to get around this one, for they clearly show the human doll, and anyone who argues this is an actual human being desperately needs to seek mental help or go see an eye doctor (or put their glasses on). 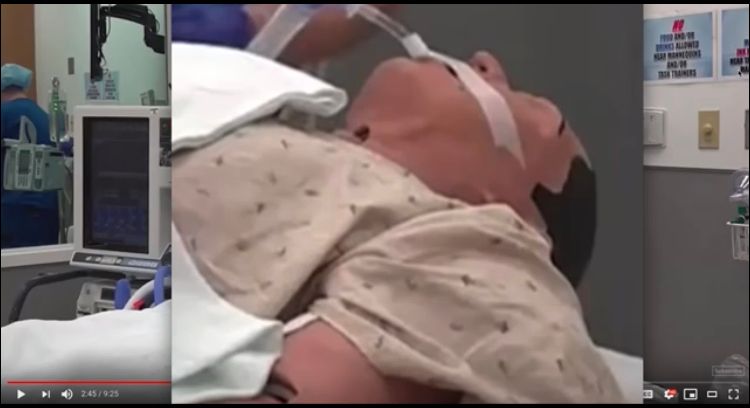 We are told that this hospital along with others in NYC, is so full with Covid-19 patients that every single bed is in use, and yet they can somehow spare a bed for a freakin dummy. But it really shouldn’t be all that surprising at this point, with the media and government already previously engaging in plenty of verifiable fakery and apparent staging of NYC hospital scenes.

Specifically Elmhurst hospital was showcased as an example of one of these overflowing hospitals at the “center of the epicenter” of New York’s pandemic, with long lines of people outside the testing tents setup outside the hospital(s) whenever the fakestream media is filming their coverage, but noticeably absent whenever locals go to film the very same hospital(s). @fakenewsreport put together an amazing compilation on Elmhurst, which can be seen below:

I also uploaded a copy on my BitChute channel in case YouTube versions are censored as many such videos with similar content already have been, available at the following link:

My favorite line from the mainstream Elmhurst coverage which seemed like such a red flag and just so out of this world was when the featured ‘nurse’ told the cameraman that “these feet have coronavirus,” as the camera panned across the room showing a bunch of hospital beds mostly out of view, with only the feet visible to the audience.

Many people all around the world have taken it upon themselves to check up on their hospitals, including many New Yorkers, almost all of them reporting and capturing scenes that stand in direct contradiction of the mainstream reporting and scenes peddled on the nightly news. I have seen several good compilations of such videos, but they seem to be censored from YouTube almost as quickly as they are uploaded, and Twitter has been waging a war against this independent campaign running under the #FilmYourHospital hashtag. Two such compilations I was able to find on YouTube can be seen below.

Many of the individual videos can still be found by searching the hashtag, on Twitter and YouTube, but the compilation videos seem to have for the most part all been taken down or hidden in the search results... Media censorship, including social media censorship, has been ongoing since the beginning of this ‘pandemic’, even before it reached the US, in an effort to control the narrative. This censorship campaign has apparently not been all that effective at silencing the dissent and alternative theories, which continue to spread despite all the censorship and mainstream targeting of ‘conspiracy nuts’ who dare question the official narrative. 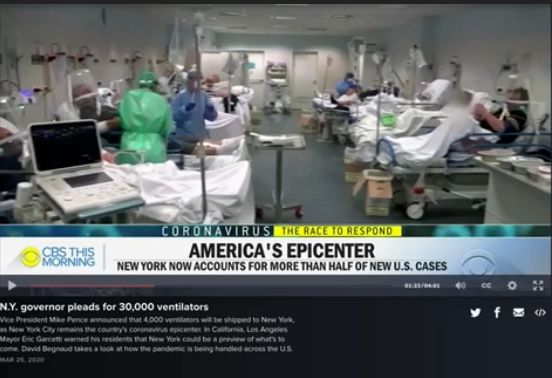 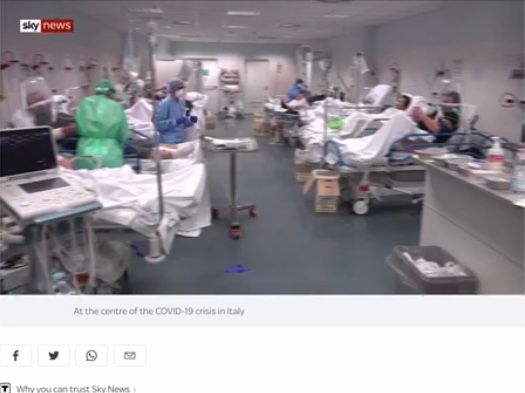 With all of this obvious fakery including staging of scenes and using dummies as fake patients just to sell the scamdemic narrative, one must wonder just how many of the so-called nurses being featured in these shows are in fact crisis actors, just how many of the ‘dead’ bodies we never get to see because they are wrapped in cloth are actually dummies, and how many of these scenes are even being filmed at real, legitimate hospitals. How many of the supposed covid-19 patients are paid actors, or people just sick with the common flu? And how many more lies must we catch the fakestream media selling before those of us pointing out the obvious fake news are no longer considered crazy conspiracy nuts?

We know that the majority of deaths attributed to Covid-19 in Italy in the official numbers touted by the media were way overhyped, and that there is death certificate fraud taking place all around the world, attributing deaths to this coronavirus without a single shred of evidence, often in contradiction to the claims of family members themselves.

They’ve got the masses in a panic with the now rapidly growing official number of ‘confirmed’ cases in the US, and same with deaths. But considering the test kits they have been using in the US admittedly give an 80% false positive for covid-19, while some don’t even test for covid-19 at all, one must wonder just how overhyped those numbers really are. Same goes with the official death count; we must presume it likely that a large number of people dying from any illness in this country, is now being lumped into that corona death count.

The media continues to paint the picture that this thing is one of the worst pandemics the world has ever seen, and yet in reality it can hardly even be considered a true pandemic, no deadlier than the common flu or any other respiratory virus that makes its rounds each and every year without any of the insanity this one is being used to cause. 22 medical experts have come to this general conclusion, and though ignored by the corporate media, have been speaking out against the government/societal reactions and criticizing the panic as more dangerous than the virus itself.

The UK has also officially, albeit quietly, downgraded the status of the virus - another important story widely ignored by the corporate media in their bid to push their scamdemic panic. 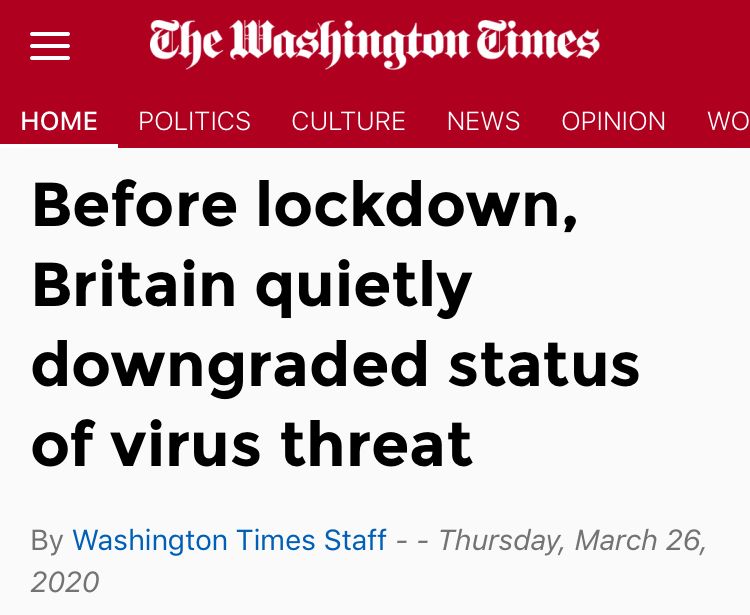 And another most interesting oddity is that the celebrity figures supposedly catching the virus don’t seem to be negatively affected in the least, at least not visibly, while the idea that this virus is a deadly pandemic making it almost impossible to breathe for the majority of confirmed cases is constantly shoved down our throats by the media.

For example, CNN star Chris Cuomo (NY governor’s brother), who is claimed to have tested positive continues to carry on business as usual, besides performing his shows while quarantined in his basement. No coughing, wheezing or any signs of any discomfort, though we were given a story about night sweats and hallucination-like dreams for one night. As NY Governor, his brother Andrew Cuomo has been on the frontline of selling this scamdemic, always pleading with everyone to send more ‘desperately needed’ ventilators, while at the very same time hoarding a stockpile of them for ‘when the hospitals really need them in the future’. I certainly wouldn’t find it unreasonable to suspect that, as brothers each playing their part in this show as loyal members of the cabal, that they are both putting on a show to scam the American People with this ‘pandemic’ scare.

Meanwhile we are also told that Prince Charles, who is over 70 years old, also tested positive for this virus, and yet he has admitted on camera to nevertheless still be feeling just fine, and he looks just fine too. Given that he is in the age bracket of those at highest risk of death who we are told are hit the hardest by this thing, it is rather unbelievable that he has come down with this thing entirely asymptomatic, while at the same time healthy middle-aged people are dying left and right, according the the media.

At any rate, it should be obvious by now that regardless of what this coronavirus really is and how it came to be, that we are being lied to by those using the hype to push their pre-planned agendas, as it all falls in line just like it was a pre-written script...

Previous posts of mine on the topic that may be of interest: 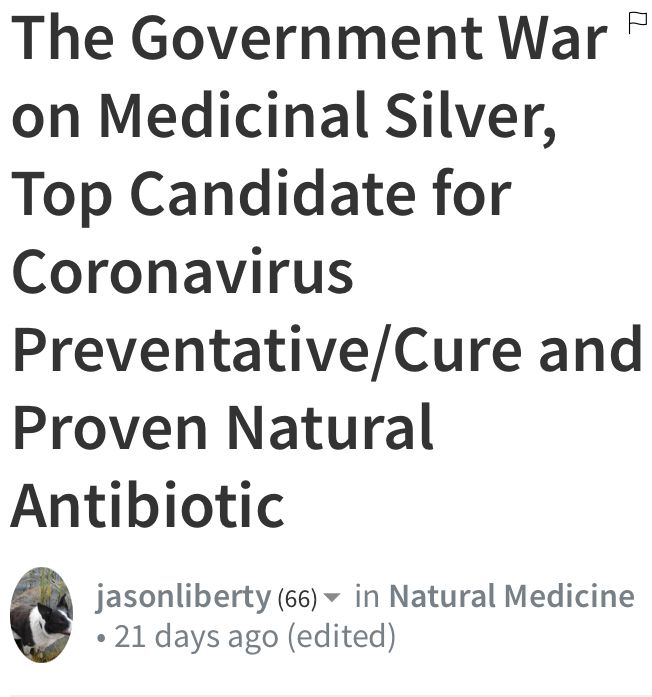 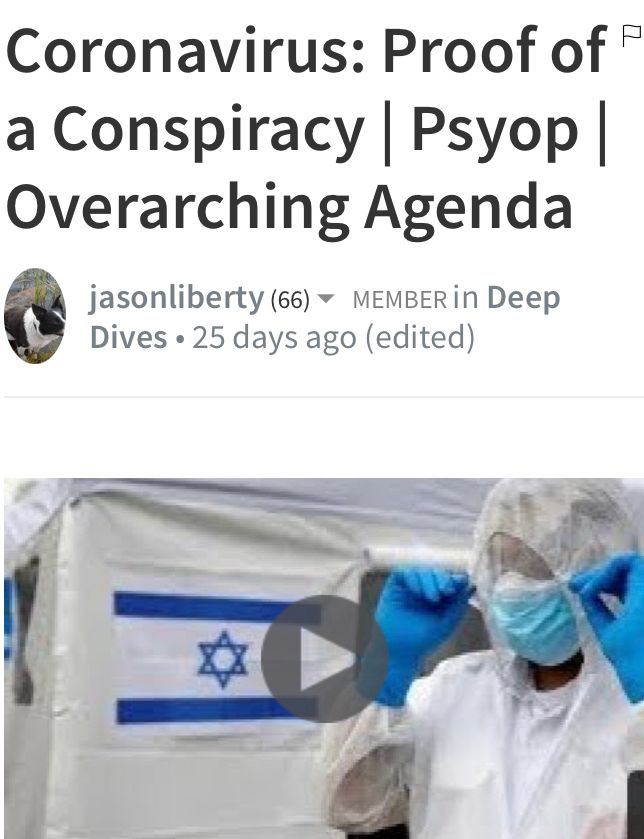