Hive is socialist... but what does that even mean? Today I will be going into what differentiates socialism from capitalism and what that means for Hive. 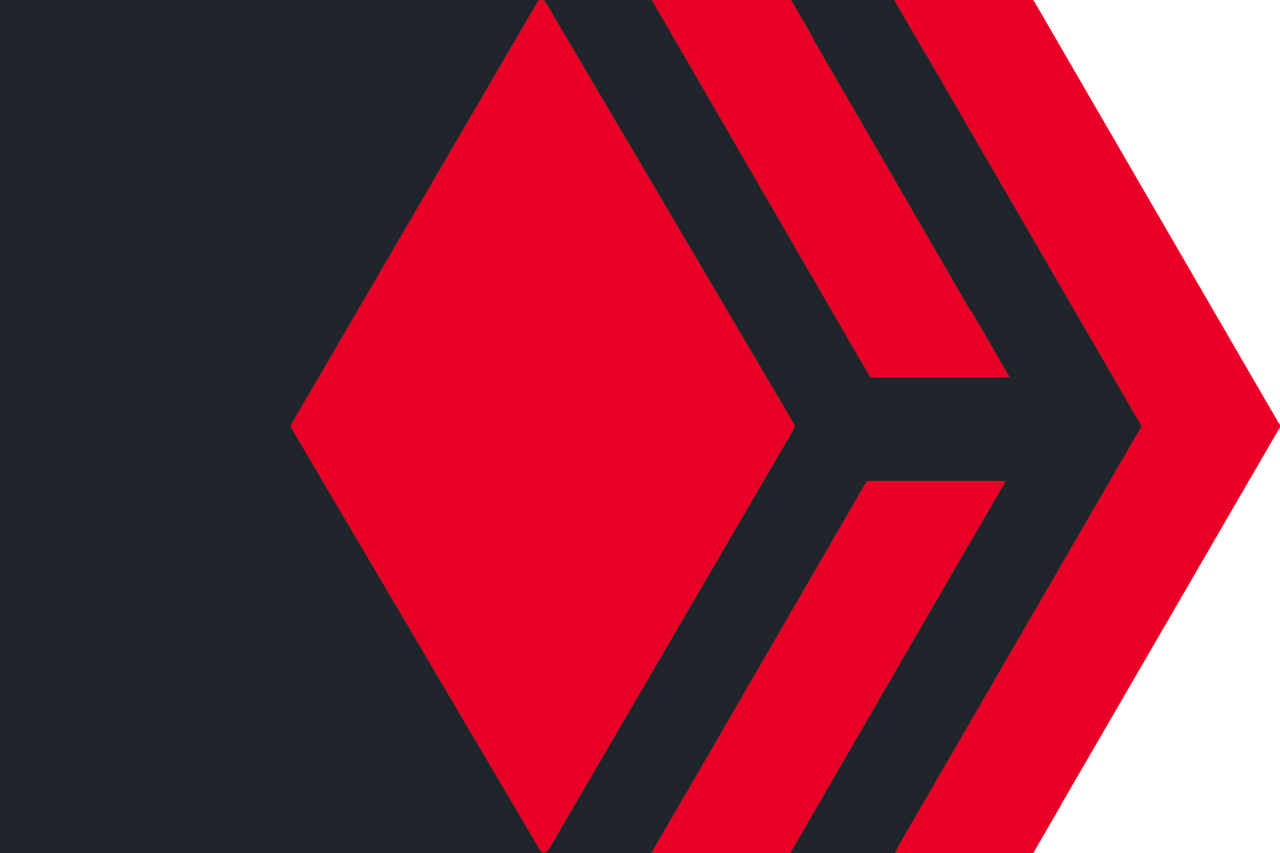 There are many people out there who are misinformed when it comes to different economic systems, so lets go over a few things.

Before we begin, lets get some clear definitions in order to prevent any misunderstandings or strawmanning.

Now that we're through with that mess, lets dive into this.

Now, what is capitalism and where did it begin? 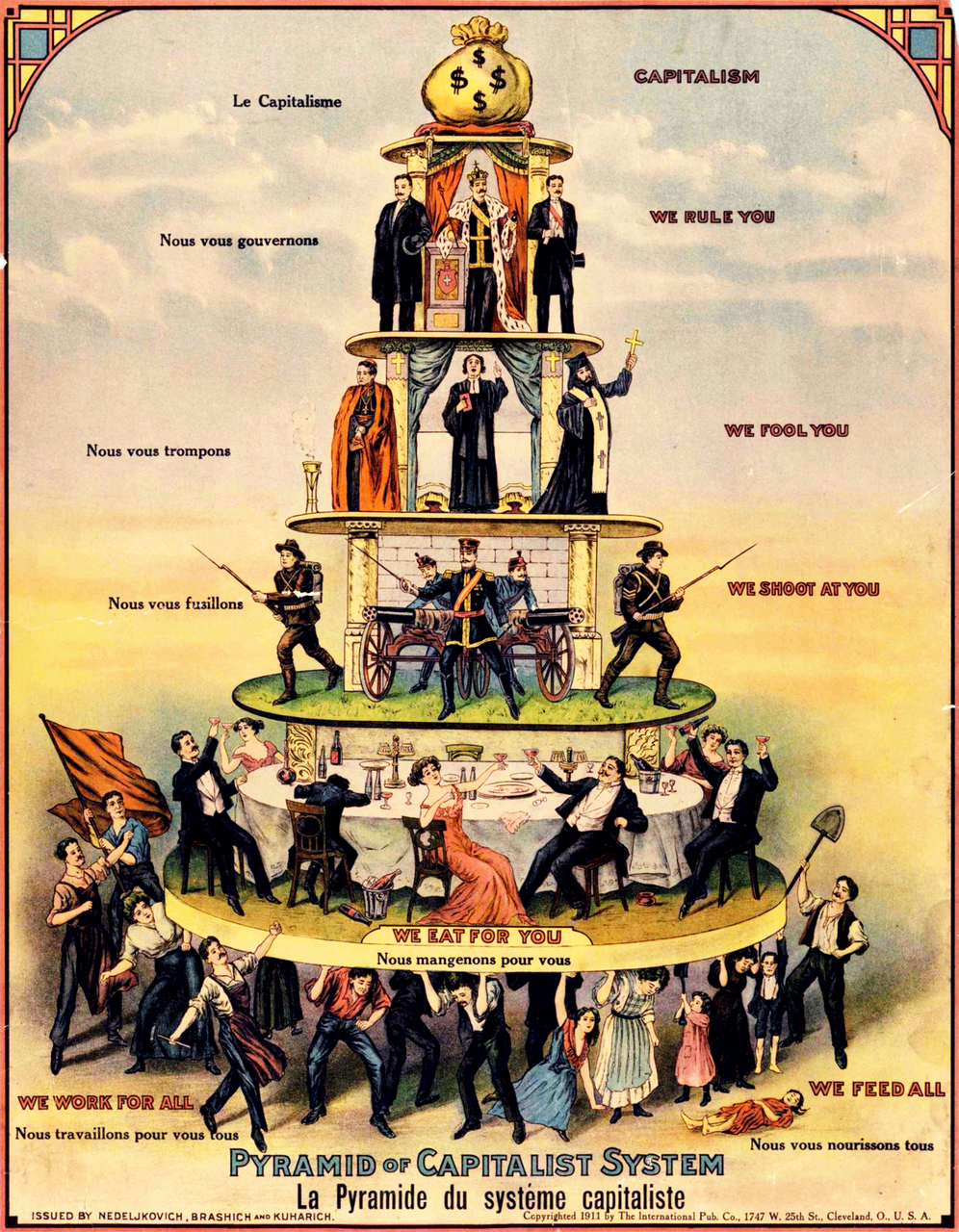 The Pyramid of Capitalist System, a 1911 American Cartoon criticising capitalism

Capitalism, as defined above, is an economic system that relies heavily on private property. Its biggest differentiation from feudalism is its incorporation of markets, rather than all control being inherited in lines of nobility it is distributed using market forces.

Under capitalism, the vast majority of businesses and resources are privately owned. These private owners have a primary goal of achieving the most profits possible. This leads to exponential growth, something which is unsustainable in the long run.

The roots of capitalism can be traced back to the enclosure movement, which happened between the 13th and 19th centuries and peaking in the 18th century. During this time, public land which was held in common by a village or town was enclosed and deeded off to private ownership. This combined with a rise in the number of merchants were are major contributor to the development of capitalism.

This enclosure movement, combined with the rise of merchants in the 16th and 17 the centuries, started the development of modern day capitalism.

I'll consider posting something more detailed about capitalism in the future if people are interested, this is enough for the current topic.

Alright then, what is socialism? 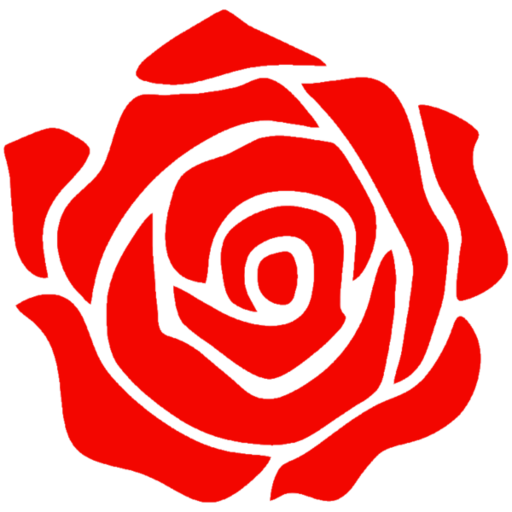 A red rose, one common symbol of socialism since the late 1800s

While there are dozens of socialist systems out there, I'll be going over the one closest to our current socioeconomic system today for simplicity. That would be market socialism.

Under market socialism, many of today's societies would change very little, especially in day to day activities outside of work.

What would change, however, is the workplace environment.

Rather than workplace management decisions being made top down by a CEO and board, they would be made bottom up in a democratic manner. Every employee would have ownership in the place they work and would get a vote in how things are run.

We can see this system working extremely well in some companies today, such as the Mondragon Corporation in Spain, or Ocean Spray in the USA.

You might be wondering: If this model is so much better, why hasn't it taken over everything? While a fair question, its framing is wrong and comes from the mindset of endless growth.

This doesn't mean innovation won't happen, in fact, this environment fosters innovation more so than overworked and constantly busy ones. Some of humanity's greatest innovations were ones that came to mind while relaxed and stressfree.

If there's interest, I'll write about other forms of socialism, including those that failed or were doomed from the start, in the future. Many forms of socialism have been tried over the centuries, some were highly successful and others were a disaster.

How does this apply to Hive?

For those aware of Hive's governance system, you'll know that Hive is effectively a democracy which follows a set of agreed upon rules on how to distribute voting power.

Hive is not owned by any one group, its ownership is distributed to all of its users in a stake based model. That means that anyone who uses Hive effectively owns part of the network.

This also applies to many of Hive's token based communities, such as LeoFinance.

By building a decentralised platform that utilises democracy, you also build one that follows a socialist form of governance.

I wanted to go into further detail with several things here, but I can't spend forever perfecting things as then I'd never get anything out. There's always time to go further in depth in more specific write-ups in the future.

If you've got any questions, feel free to comment.