What about Tv shows!

If you go through IMDB, almost all Tv shows are overrated, Almost. I was fumbling around which Tv shows to pick and unlike films, I haven't opted for older tv shows. There are countless tv shows of this decade, correction, in the last half a decade alone. I could have written about Leverage, White Collar, Chuck, The Tomorrow People, Lie to Me, Warehouse 13, or The Librarians the choices were endless. The reason behind mentioning these names, in particular, is, they're not popular although the ratings will disagree. They don't get picked out by the majority, and I have seen all of these series just because I wanted to. Perhaps when it comes to films or tv shows, the rating or votes don't matter much to me; the plot does. Haven't I left any series in the middle and didn't go back? Yes, I do. But I wasn't going to pick something I didn't finish, rather I'm done watching. And I'm sure among the mentioned ones, at least one name you haven't heard before.

Yet, I haven't picked any of them to write about.

Have you watched something so bizarre that got you hooked on to it? 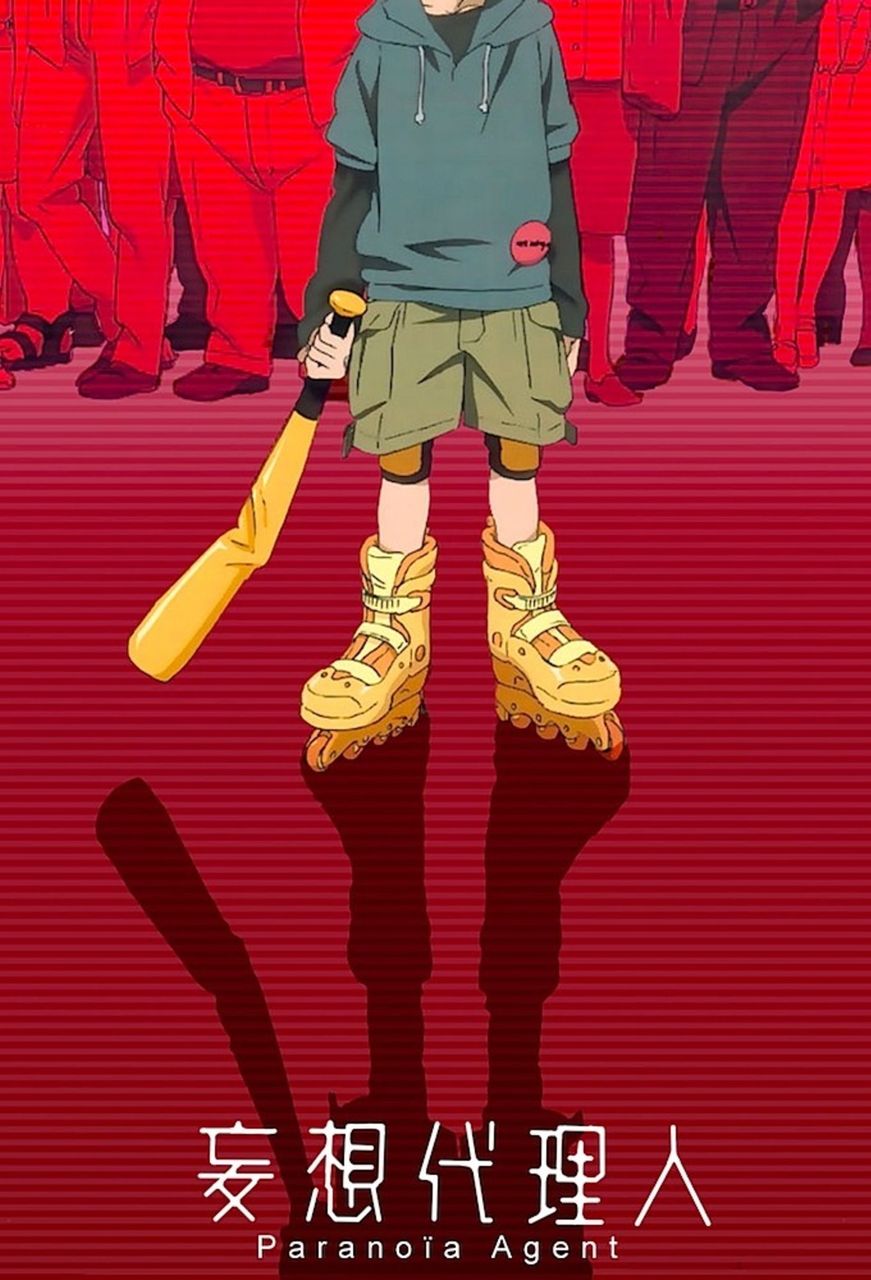 When the contest announcement was posted, the one name that snapped to me was Paranoia Agent as I had recently finished watching it. Believe me, I have had a hard time convincing myself to write about it. If you have watched Paprika, Millenium Actress, or The Perfect Blue, you'd know. Satoshi Kon had never made something that is easily discernable. There is no such thing as "a thin line between reality and fiction". Rather you'd question what reality is. If you think you have watched all those aforementioned animes and shrugged "what could be more chaotic", buddy, you have seen enough. I have watched them all before Paranoia Agent and still, I was gaping like a fish at the end.

Even though it's a mini-series, it's packed quite a punch. Each character is facing their own demons along with new emerging ones and some of them facing existential crises. Fitting the character backstory along with the current situation at hand, with other stories that are intricately strung together, with the mountainous ups and downs they're facing, the word complex would be a giant understatement. I'm sure you haven't seen anything like it. I had decided to skip the character analysis but I think I can find a way around it without any spoilers. Although all the major characters aren't repetitive in every episode, they do appear in most of them. One of them is shy and reserved Tsukiko who is the creator of the character Maromi (another character). Maromi is a cartoonish dog who happens to only converse with Tsukiko when the situation goes haywire. There's also Det. Ikari who has been on the service for too long and more or less depends on what his guts tell him, resorts only to the rustic methods he's been using for years and not adapting to change. He is paired with Det. Maniwa who's rather young and open-minded, often unconventional. Both of them needed each other because this whole giant elephant in the room is unlike anything they have ever come across before and they both needed the other's expertise. I have skipped a major character from here voluntarily.

It was a captivating experience and I wish I had finished it in one go. I, however, plan on watching it again when I get the chance. It's so crazy, gritty, and mind-blowing. The title soundtrack even feels so happy, the main characters laughing and the background seems to change all the time but it's nightmarish. Some shows can be horrifying without ghosts and monsters, Paranoia Agent is proof of that. And to know the work of Satoshi Kon after his death is something unexplainable. I have never been much of an anime lover but my opinions are drastically changing. The contest was about significant tv shows and this particular one, I believe, nails it. I can still feel how much I was affected by it. Sometimes we need to get out of our comfort zone.