Juvenile, you may say?
To be young and reckless?
To be wild and carefree?

Not two films are similar, even if they seem similar, they end up being different from one another. And I'm talking about films, not movies. I suppose there's a fine line between the two. Some would agree to refer films to visual arts and they're right. This particular one falls into the "visual arts" category. I have found out that no matter how much a film is revered by others, whether I like it or not has solely rested on me. Bande à part - Band of Outsiders (1964) is quite a refreshing experience. There's some kind of innocent charm to it. 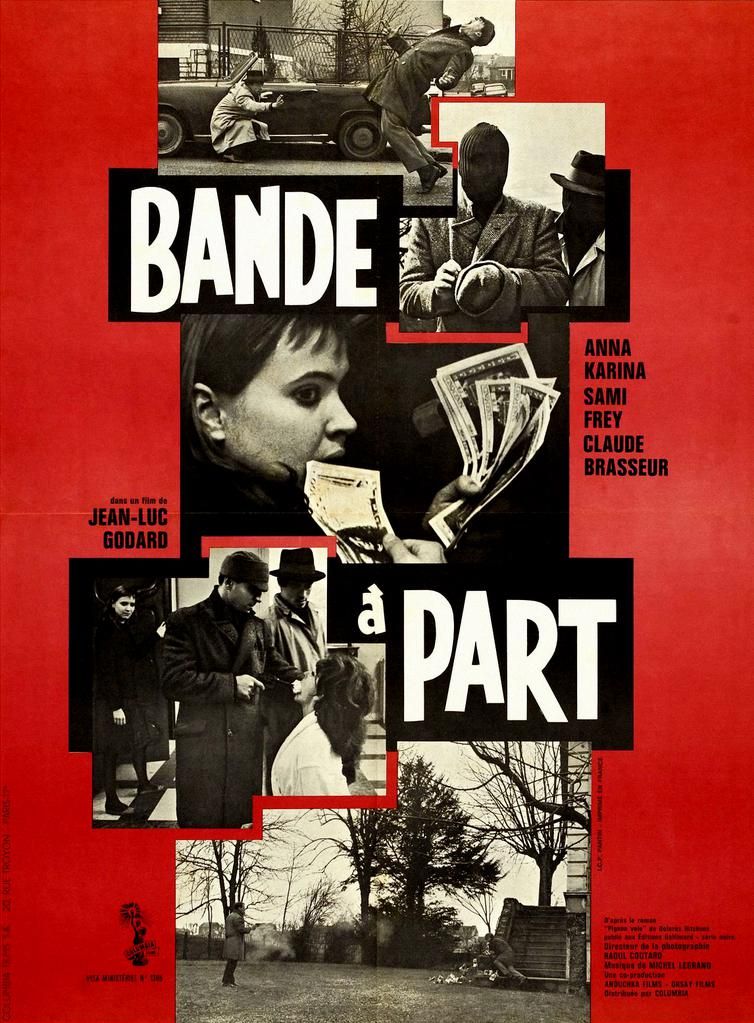 At first sight, you can assume it's a crime movie; something similar to Bonnie and Clyde. The film is far from all of that. It could be simplistic in nature but not a simple, garden variety crime movie that would make the tickets scarce in the theatre with whopping major earnings throughout the world. French New Wave films are separated from that cliche. A film of the director Jean-Luc Goddard that is perhaps more modest than others.

The major casts of the film are Sami Frey as Franz, Claude Brasseur as Arthur and Anna Karin played the role of Odile. Two friends, Franz and Arthur drive around in their car, portraying a typical cop-criminal act on the street and living in the moment. They're much different and alike.

Fraz is more thoughtful and through his communication and persuasion skills, he's capable of bottling up and keep a cool head in times of distress. This is something that Arthur lacks; he doesn't show off his emotions too often but he can't keep his emotions at bay either, neither can he check his temper in time of need. Odile is a naive, young girl who is too pure for the world she was about to stumble into. You can even say that she's somewhat foolish, blabbering away family secrets to strangers, perhaps she's too quick to trust. 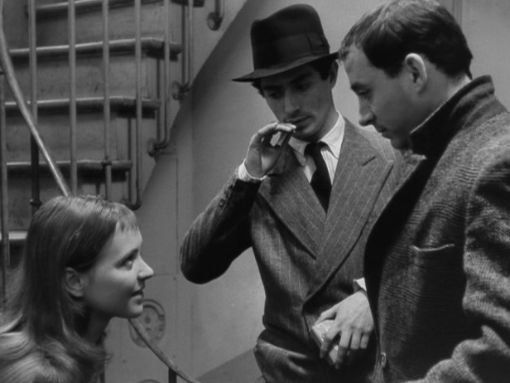 The two misfits pursue Odile, and from what it seems, she was more interested in Arthur than Franz. The trio roams around the city in their car, dance in the cafe, run in the hallways of Louvre, riding the subway at the late hours of the night. It almost seemed that they had too much time at hand but at the same time it was as if there was no tomorrow for them and so they held on to every single moment, relished those moments, dreaming about beautiful tomorrows and day-afters. 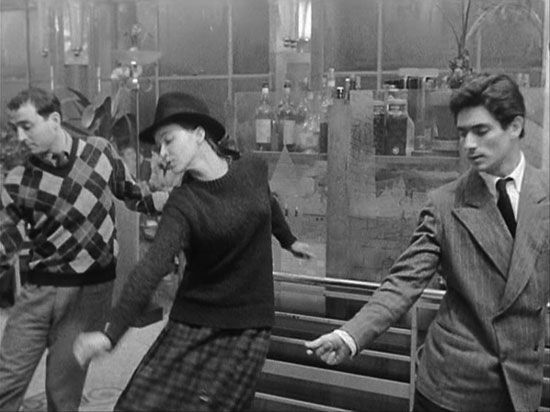 Even though I have seen a few of Goddard's films, I sometimes find it hard to like them. Not that there's something wrong with them, it's often something that doesn't sit right with me. Band of Outsiders is one that I happen to like, possibly the first of Goddard that I actually appreciated a lot. The film isn't going to awestruck you, it didn't awestruck me either but I admired it. There aren't unexpected twists and turns nor any bombshell of a climax, neither it has the typical crime drama vibes. The film sort of visualizes what it's like to be young and dreaming big, to make a name for themselves or go out in a blaze of glory. 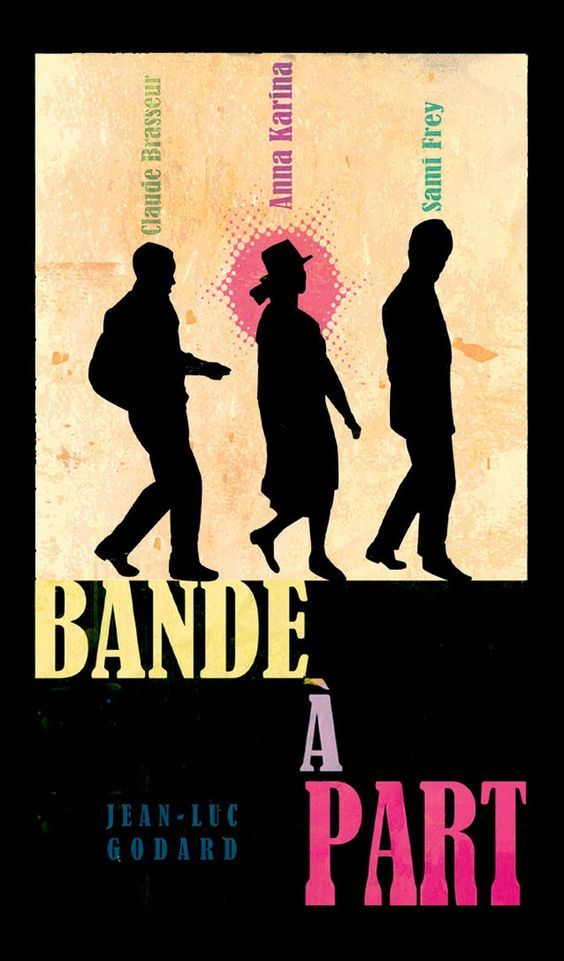 There's naivety, tenderness and the characters are easily comparable to someone just around the corner. Ordinary characters can make a film extraordinary. One of the best parts I believe was that, whenever the trio is silent, the narrator would narrate what they're thinking. It somehow helped me get to know the characters and the situation more, although I wouldn't be able to say if I have really understood it.