The individual facing a society with preconceived ideas and created prejudices that label him in a unique role. This is a very human premise that is transferred to an animal environment told as a fable for the whole family with a Greek chorus of mice.

The film Babe, (1995) is a marvel that combines real animals, animatronics and real humans. It is an incredible story of a little pig who is not resigned to his assigned role in life.

In an idyllic Australian countryside, farmer Arthur Hoggett (James Cromwell) and his wife Esme Hoggett (Magda Szubanski) live with all sorts of animals. At the town market, Hoggett gets a little piglet that wins in a weight-calculating contest. Arriving at the farm, the little pig is raised by sheep dogs.

He has adventures with the disastrous duck Ferdinand who thinks he is a rooster and with Babe's help tries to destroy an alarm clock that threatens his job of waking people up, thus preventing them from eating him.

The animals of the farm talk to each other, being this at first a fact that manages to disconcert us as spectators, until we manage to get involved in the story. Each animal presented has a defined personality. The dialogues we hear are very witty. We will see pigeons, mice, cows, sheep, horses, pigs, dogs, cats, cows, ducks, roosters, hens and cats in their natural habitat and we will get into what they think, say and do. 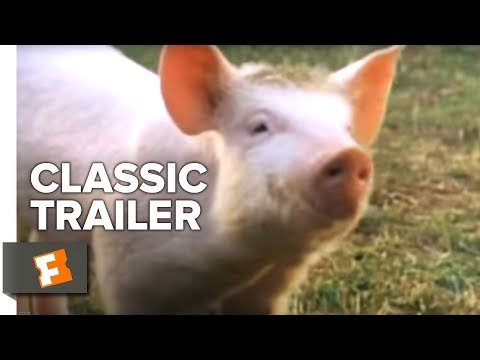 This film manages to please both children and adults, highlighting that the animals have a very definite personality. Babe, the pig is kind, innocent without evil, but very determined and enterprising, the dog Rex does not accept that a pig takes care of a flock of sheep, the duck Ferdinand is a very sympathetic but manipulative character, the dog Fly is the surrogate mother of Babe, the sheep Maa is the wise of the flock, the cat Duchess is the villain of the show showing calculating, and very evil telling Babe that is what humans actually do with pigs.

At Christmas Babe manages to save the sheep from being stolen, which catches the attention of Hoggett, who the next morning is amazed to see how the pig separates the brown hens from the white hens.

He sees something in the piglet that no one else can see by taking him out into the field and allowing him to herd sheep. Babe learns from Duchess the cat that pigs are food for humans. He becomes demoralized and runs away only to be found in the woods by Rex and Farmer Hoggett. The farmer takes care of Babe, sings him a song, dances for the pig and feeds him, actions that restore Babe's faith in humans. The farmer enters the pig in a herding contest and is criticized by judges and the public who scoff at the implausibility of a pig being able to get sheep into a sheepfold. Babe is determined to resist his destiny, fighting hard to be like a sheepdog. The sheep do not listen to Babe, but Rex who was opposed to Babe herding sheep helps him, asking the sheep of the farm for the secret words or password, when he gets them he manages to transmit it to the piggy who gets the sheep to listen to him and a standing ovation from all the humans, winning the contest to which the farmer Hoggett says: "That’ll do, pig, that’ll do". Between the lines we can see a parable of what it is to overcome in life and allusions to death, racism and heroism.

I remember it was 1995, at that time I was working in a well-known bank in the country and together with some co-workers I decided to risk renting VHS movies of dubious quality during lunch hours, for that we bought a series of movies in a popular market well known in the city of Caracas: La Hoyada, but in the underworld it was known as the Persian market and later the Matrix. In that batch of movies was Babe with a very ugly and faded cover, I could say that the rotation of that movie was so high that practically the VHS cassette was erased, reason why we had to buy another copy which we cloned 10 times. Even the Area Vice Presidents at the bank's headquarters asked us for Babe.

I am not justifying the piracy in which we were involved, but the drawing power of that movie that adults liked as much or more than children. 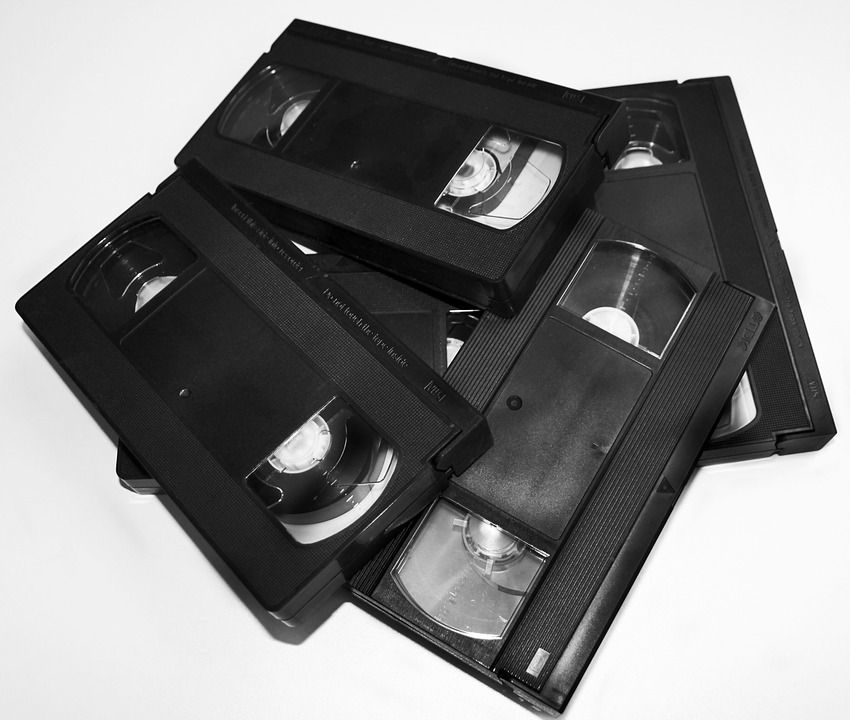 The time came when I could finally sit down with my girlfriend and her mother to watch the movie, and the magic began: my mother-in-law enjoyed it very much and my girlfriend and I did too. We saw many familiar people reflected in the animals and I could also say that this movie brought me closer to my much feared next mother-in-law.

My tears were contained in my eyes before the final triumph of Babe, I admit that some of them came out because of the emotion that this film managed to transmit to me: The true value of a friendship, even if it is between a little pig and a human.

At this point is where I justify a script as the backbone that manages to sustain the entire film, George Miller, the creator of Mad Max was the main screenwriter and producer of the film, so I understand he met the story of Babe on a plane, where one of the passengers could not stop laughing with what she was reading: 'The Sheep-Pig' by Dick King-Smith.

Miller was able to adapt the author's novel but had to wait approximately 10 years to make the film given all the objections of the author and waiting for technical advances that would make the animals speak so fluently. To this day I have not seen animals that speak as perfectly and as synchronized as those shown in this film.

Babe is brilliantly directed by director Chris Noonan, who highlights the similarities between humans and animals. Christine Cavanaught, is the voice of babe and was well known for voicing Chuckie Finster in Rugrats and Dexter in Dexter's Laboratory. Hugo Weaving voiced Rex the dog.

If you had asked me, I would have nominated Babe for Best Actor that year, and it was very likely that he would have shared the Oscar with Nicolas for his performance in Leaving Las Vegas.

I have the film on an original VHS and on DVD, even so I do not miss its reruns on television. I like about this film its kind tone, its simplicity, its comedy and depth at the same time and a message that tells us that we should always fight in this life for what we want despite being labeled to be something we don't want to be. It shows a gentle side of being human that we should all tap into. For me this movie never gets old being one of the most treasured classics I keep in my video library. The sequel Babe: Pig in the City is not a bad movie but it lacks the charm of the first one.

This is my entry in the CineTV #21- Favorite Movie Animal Character contest, Link Here. This contest is sponsored by @ecency which presents a fronted that is worth visiting and reviewing is excellent and very intuitive!.Link Here. It's worth joining them.

The last images were taken with my IPhone 4 cell phone.