The first science fiction film in history was of French nationality and was filmed in 1902, had a short duration of 14 minutes, its name: Journey to the moon.

The director of this landmark of world cinematography was Georges Méliès, who captured on screen a script by his brother Gaston Méliès who was inspired by works such as: From the Earth to the Moon by Jules Verne and The First Men in the Moon by H.G. Welles. Here some wise men discuss at the Astronomical Association of Paris the feasibility of space travel and attend the construction of a rocket, fly in it and reach the Moon, where they are captured by the inhabitants of the satellite: the Selenites. They manage to free themselves and return to planet Earth with a Selenite prisoner. This feat is celebrated with a military parade and a commemorative statue. Georges Méliès starred in the film as Professor Barbenfouillis. There is an abundance of special effects consisting of disappearances and transformations that may look rudimentary to today's eyes but to the audiences of the time were stunning visual discoveries.

Méliès spent a good part of the budget (10,000 francs at the time) on costumes, sets and the payment of the best actors from the Parisian theaters. Filming lasted three months.

This film was shot in a glass greenhouse to get as much light as possible, as well as to protect the crew from inclement weather. This site is considered the first film studio.

And it also shows us for posterity the most famous eye of the moon in the world:

There is a color version of Journey to the Moon made in the studio of Elisabeth Thuillier, and approved by Georges Méliès. This artist added color by hand and with brushes to each frame of the film one by one. As interesting musical facts I can comment that the music video of the song "Tonight, tonight" by The Smashing Pumpkins was inspired by Journey to the Moon, and the one of Heaven for Everyone" by Queen contains parts of the film. 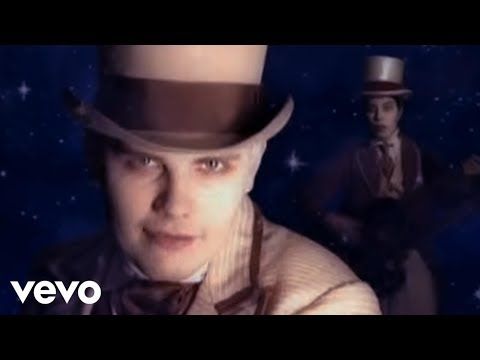 It is said that George Méliès was the first film director victim of piracy, since when this masterpiece was triumphing in London Thomas Edison obtained an illegal copy of the film, copied it many times and exhibited the film all over the United States earning a fortune, without giving Méliès a single penny. Despite the time in which the film was made, I found it entertaining and very nice, and I have always wondered what the excitement and reaction of the public must have been like at that time when they saw outer space and the supposed inhabitants of the Moon for the first time in their lives.

I discovered it for the first time in an old television program on Channel 5 in Venezuela called Cinemateca del Aire, hosted by an excellent film critic from my country named Rodolfo Izaguirre. Later I came across the film in many books dedicated to Science Fiction, until I was able to get a copy of it on VHS through a fellow college film buff, now the work is easy to see through Youtube.

This work planted the germ of films in space and therefore its importance in world cinematography. The staging of the film is somewhat theatrical but features many cinematic elements that have developed over time. There is a lot of imagination and beauty throughout the film.

There are wonderful films like 2001 Space Odyssey, Alien, Star Wars and Forbidden Planet, but this film is one of the pillars of Science Fiction cinema so like the aforementioned works it is a must see for any self-respecting film buff.

This is my participation this week in the initiative CineTV Contest #19 - Favorite Space Movie Link Here.

Thank you very much for appreciating my publication, I look forward to reading your comments. Good luck to everyone in this new initiative of the CineTv community.