A true beauty - The Great Beauty!

What does it mean to be a cinephile? I know I'm a cinephile but I don't know if I know exactly what cinephile means, maybe it doesn't mean what I think.

I searched the dictionary...

Yes, it is confirmed. I am a cinephile or rather, I was a cinephile. Because I no longer fit the whole definition. That is, in the last thirty years I have not frequented movie shows much. Twenty years before the last thirty, I really attended a lot of movies. But then I didn't understand cinema as well as I understand it now!

The bottom line is I'm not a complete cinephile, I'm only an amateur cinephile.

I think there are many kinds of moviegoers that fit in the brief dictionary definition. Some are smarter, more cultured, and easily recognize a good movie. Others, like me, find it harder to understand and have no specialized education. Instead, they have a great love of cinema and have watched thousands of movies. Watching so many movies, heterogeneous in quality, makes the brain able to recognize a quality movie, even if it does not know how to explain the choice.

The brain is a computer. The brain knows which actors we like, it knows when they play very well. The brain knows which director is our favorite, knows what images we like, what music we enjoy, and combining all this every time we see a movie gives us a conclusion, tells us which movie is good and which is not, of course, according to our criteria. Because of this, it is difficult for a film to be appreciated to the same extent and for the same reasons by two different people, even if both are cinephiles.

All these thoughts came to me after watching one of my favorite movies.

All these thoughts came to me after I reviewed one of my favorite movies.

An Italian film. Screenplay and direction by Paolo Sorrentino. The contemporary director I like the most. I only saw two movies he made, "La Grande Belleza" and "Youth" plus the HBO series, "The Young Pope." 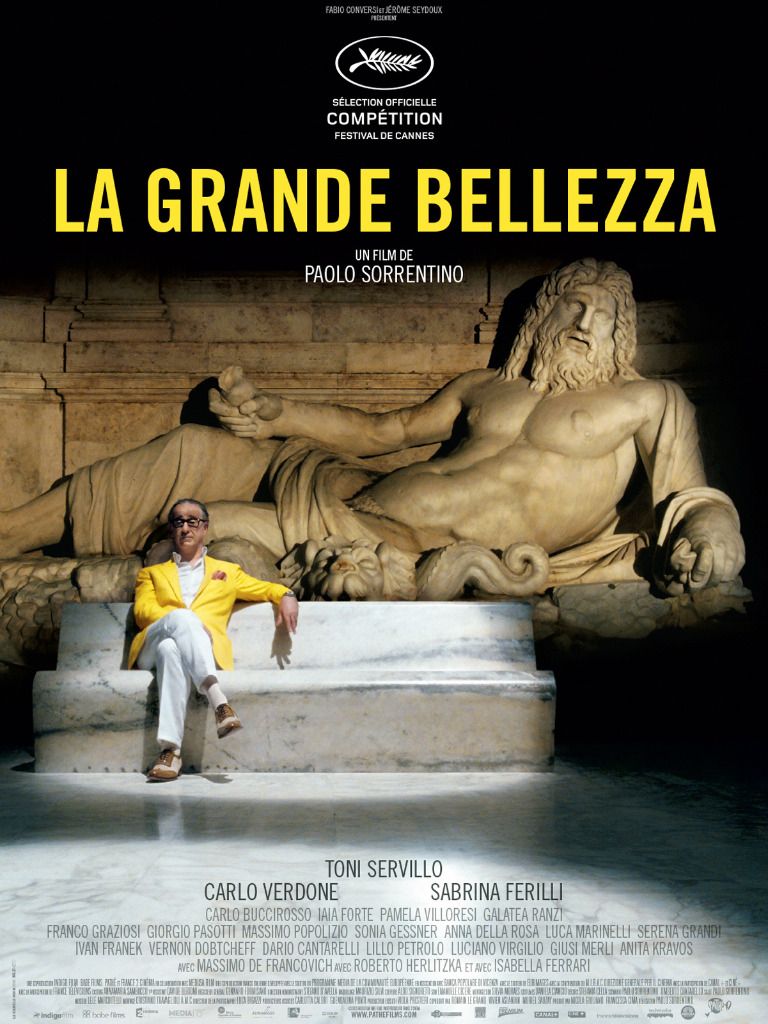 When I first saw La Grande Bellezza I said that it is not true, that such a thing does not exist. Because this is a movie that meets all my beauty criteria. It is a film made in 2013 but it has nothing to do with current cinema. It is a film made in the style of the great classics of Italian cinema, Federico Fellini and Michelangelo Antonioni. I mean, a kind of movie that I thought no one could make. 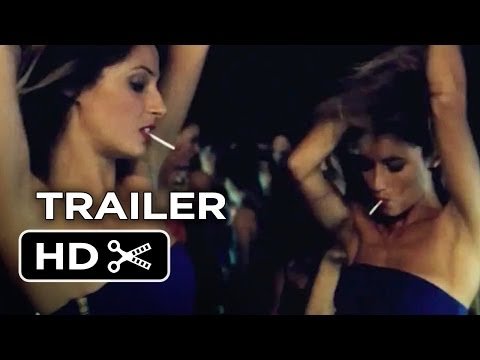 Before I talk about this movie, I want to say something about how I perceive and appreciate a movie. For me, the story doesn't matter in the first place. Any small part of the cinematographic art, such as a special image, special music, a special score of an actor, a unique approach of the director makes me appreciate that film. That's why you may not like what I appreciate and recommend.

In short, the movie is sublime! From the first images and sounds, it overwhelms you. The movement of the camera, the traveling, and the close-ups are perfect. One of the main characters of the film is the city of Rome. The way it is filmed proves the director's love, knowledge, and admiration for the city. Probably one of the most beautiful cities in the world!

What did I understand from the movie? As the main theme, not directly said but very well suggested is death. More precisely, the approach of death. A story told in a beautiful and decadent city but in decline. Like the main character in the film, Jep Gambardella, played very well and credibly by Toni Servillo, who I understand is Sorentino's favorite actor. 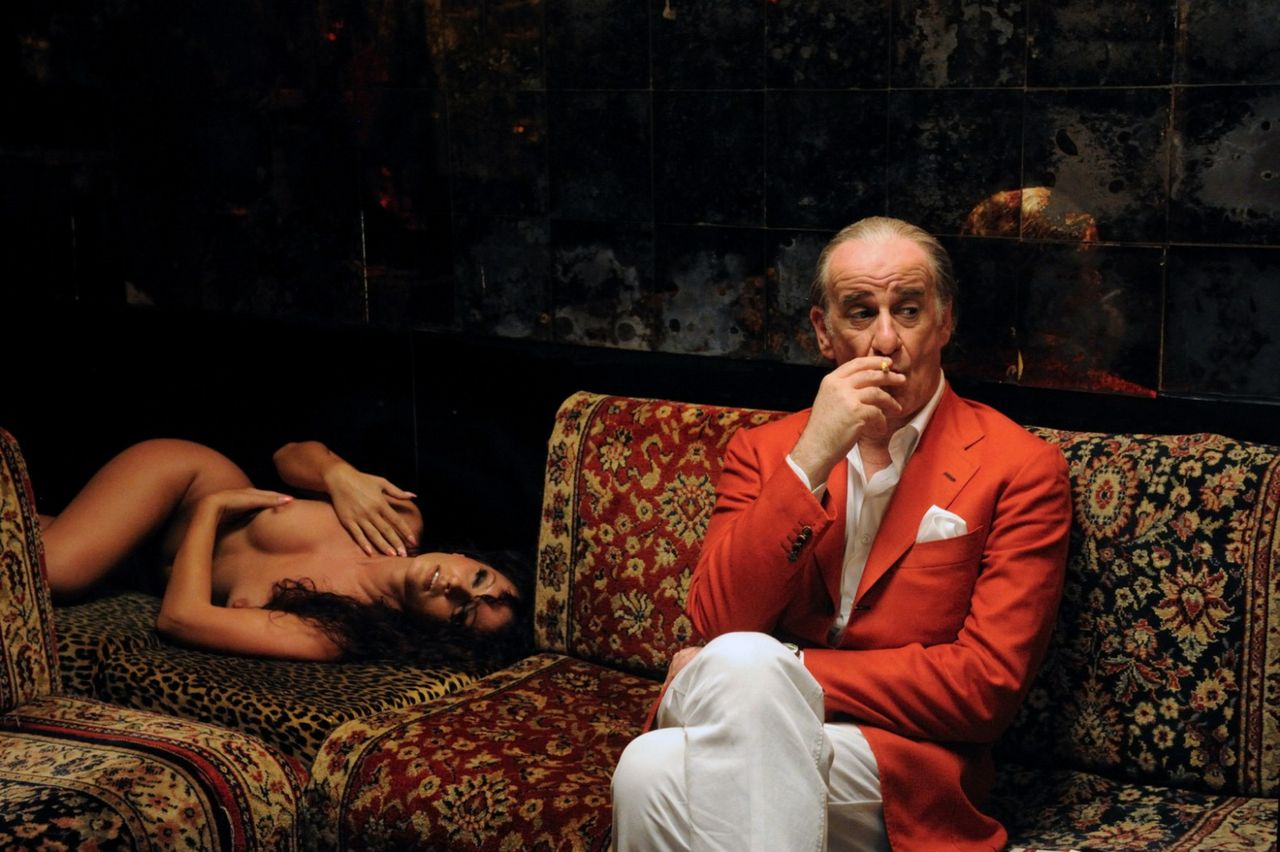 Jep is a mundane character, a writer who wrote only one book in his youth and lived all his life feeding on this achievement. He is a character inspired by the character played by Marcelo Mastroianni in La Dolce Vita, Fellini's film that seems to have inspired Sorrentino.

The first important scene of the film presents the crazy party on the occasion of his 65th birthday. A moment for a re-evaluation of the life until then and the finding that he led a meaningless existence, surrounded by his superficial friends. 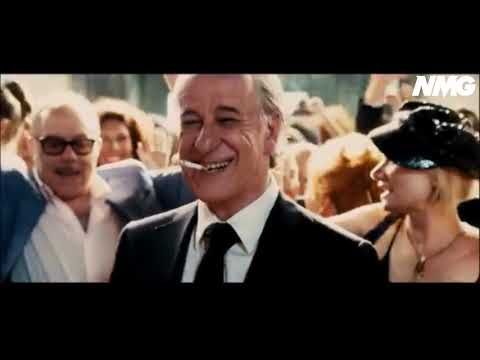 He has a reply that I really liked and I would have liked even more to be able to do what he set out to do ... he said: "When I turned 65 I discovered that from now on I don't I want to do things I don't want to do anymore " Everything is filmed exceptionally. A joy for the eyes! Rome, the eternal city, a city of strange beauty, with buildings and monuments left from antiquity. Palaces and fountains, statues, and gardens. They are all characters and they are what I really like in this movie. Perfectly underlined and shown by the scenography and image, by the movement of the camera.

A long film, over two and a half hours, consisting of many small smaller pieces of film that seem to be separate but closely linked. Director Sorrentino. 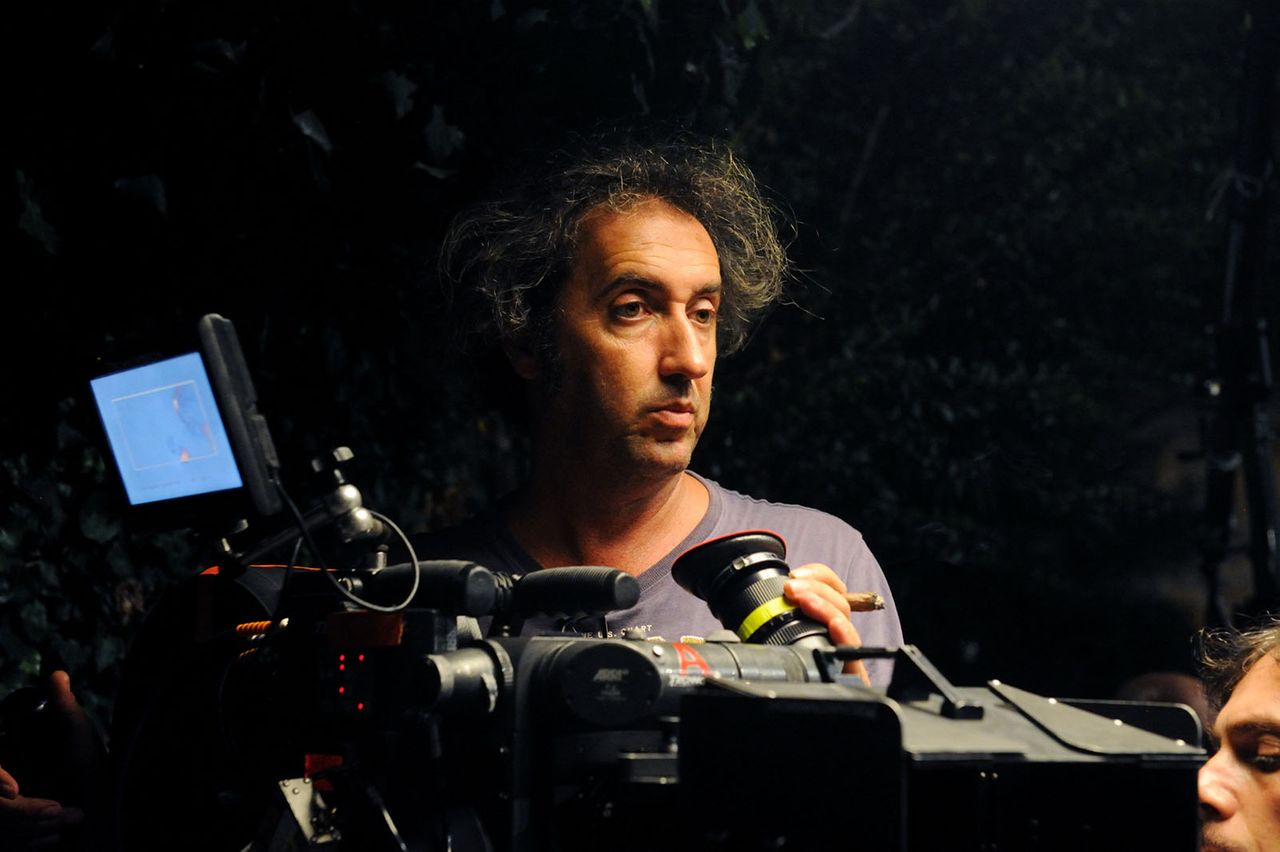 A film about nostalgia. Nostalgia for youth! So beautifully shown by the transition from reality to memories. When Jep's memories were shown, he was always lying in bed and the image of the sea appeared on the ceiling. Wonderful.

One can talk about the film in thousands of words but the words don't convey almost anything of the plastic beauty of the film, the strange music, and the movement of the camera through the city. This cannot be told, it must be seen! Some of the music of the movie: 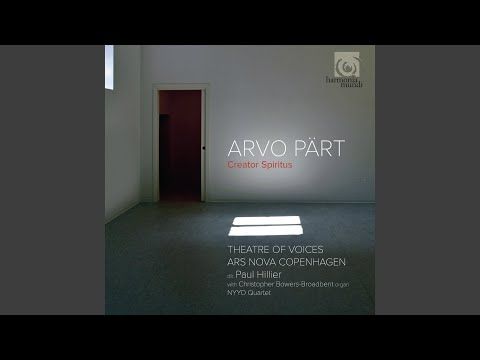 Because I managed to say almost nothing about the film.

Source of all photos

I hope that the few references to the film and the chosen images will arouse your interest to watch it.

In the end, the final music of the film. 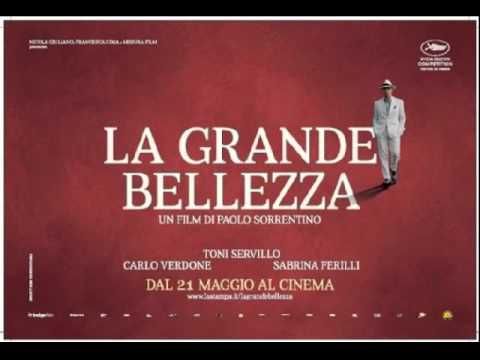