Yesterday I cooked another cake, what I cooked were brownies. But if previously I cooked chocolate brownies, this time I cooked brownies that taste red velvet with colorful chocolate decorations on top. 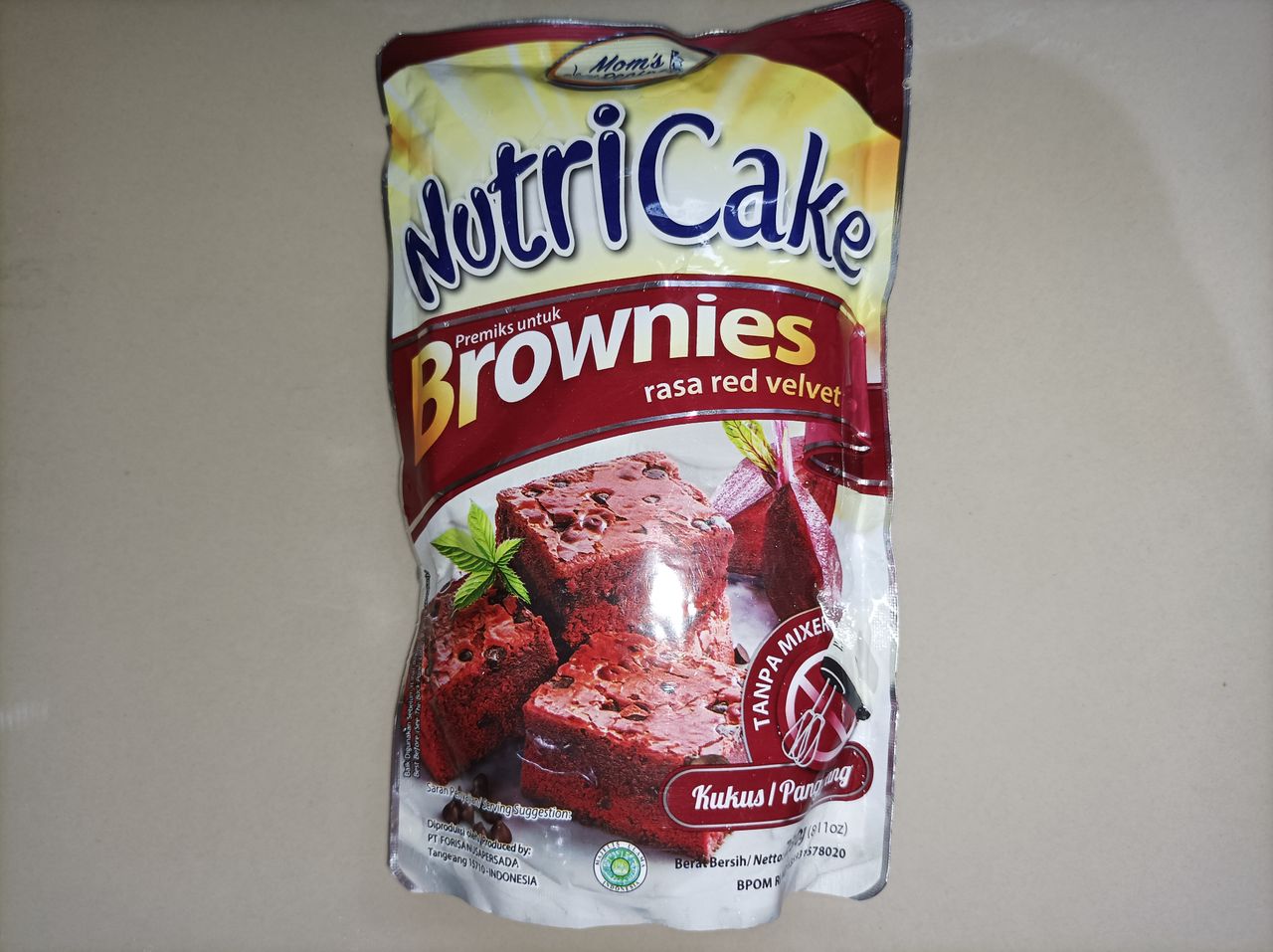 On the back of the package there is already an inscription on how to make it and also what additional materials are needed. The additional ingredients needed are not much, it only requires two ingredients, namely 100 g of melted butter and 1 egg. And to make it look prettier then I also added colorful toppings, I used chocolate from the Chacha brand. Let's try it, I think it tastes good. The sweetness is just right, the level of doneness is also good, the cake floating is also perfect. Chacha chocolate is very suitable as a topping for brownies, this makes the brownies even more delicious.

Really worth buying this, it's really delicious and easy to make with ingredients that are easy to get too. Actually it has other flavors again, maybe I will try other flavors too.

Alright, that's it for this time. I will show again what I did in the next post.

Thank you for reading my post and don't forget to read my other posts.