Salt and Pepper Squid and a Kitchener Bun. 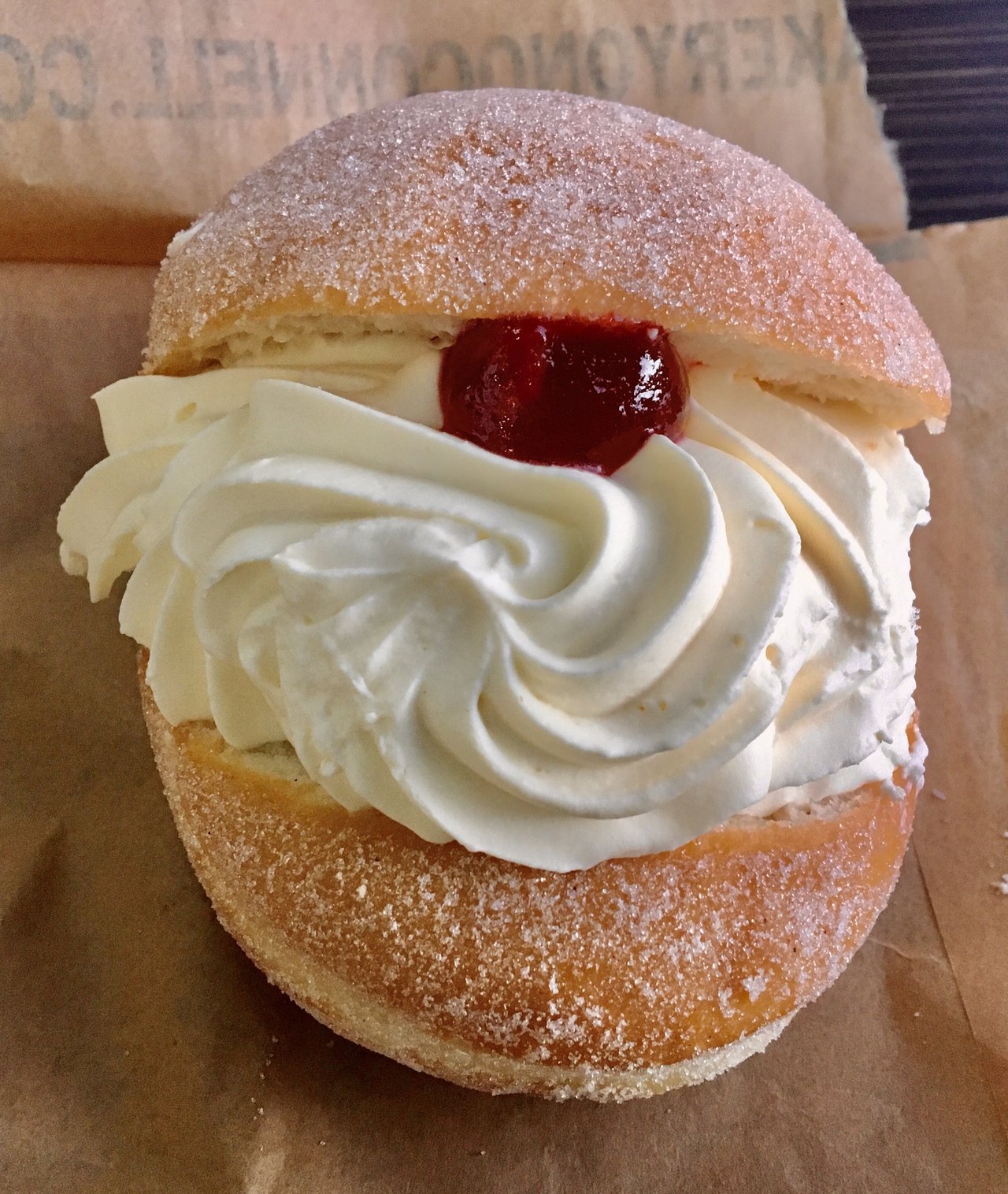 A large Kitchener Bun.
Hey there fellow Food Fight Friday competitors! The competition is becoming fiercer and fiercer, and it’s starting to become difficult to judge which entries should be worthy enough to garner my vote.
But I love it just the same, the variety of not only foods but personalities, locations and lifestyles too.

For me, this competition is a “hook” or “anchor” in my week, as something to look forward to, contribute to and genuinely enjoy. I appreciate the feedback, the upvotes and the interaction with everyone and the idea that I am improving as a writer.
Whatever else is going on in my life, this competition takes high priority.

As a type 2 diabetic, I have a special relationship with sugar that I will probably write about in some form in the future. For now, I should address the misconception that diabetes can’t eat sugar.
Sugar is a necessary fuel source for your muscles and other body parts that need to move, the issue is one of balance. Too much sugar in the bloodstream and you could become hyperglycemic. Too little sugar and you can become hypoglycaemic.

Anyway, on with this week’s entry, which is already running late.

A noise came from my phone, attracting my attention to it. It turned out to be a text notification from a friend named Shannon. He’s not into crypto so doesn’t fully understand why I photograph my food and I am not sure I could explain it fully.

It had been a rough, stressful week and he’d just offered to take me out for an evening meal at his expense. Done and done. I needed the distraction from the impending Housing Trust inspection due for the next morning (this was before my last entry), so I accepted.

He surprised me by suggesting we go to my local Vietnamese restaurant:the Pho Linh 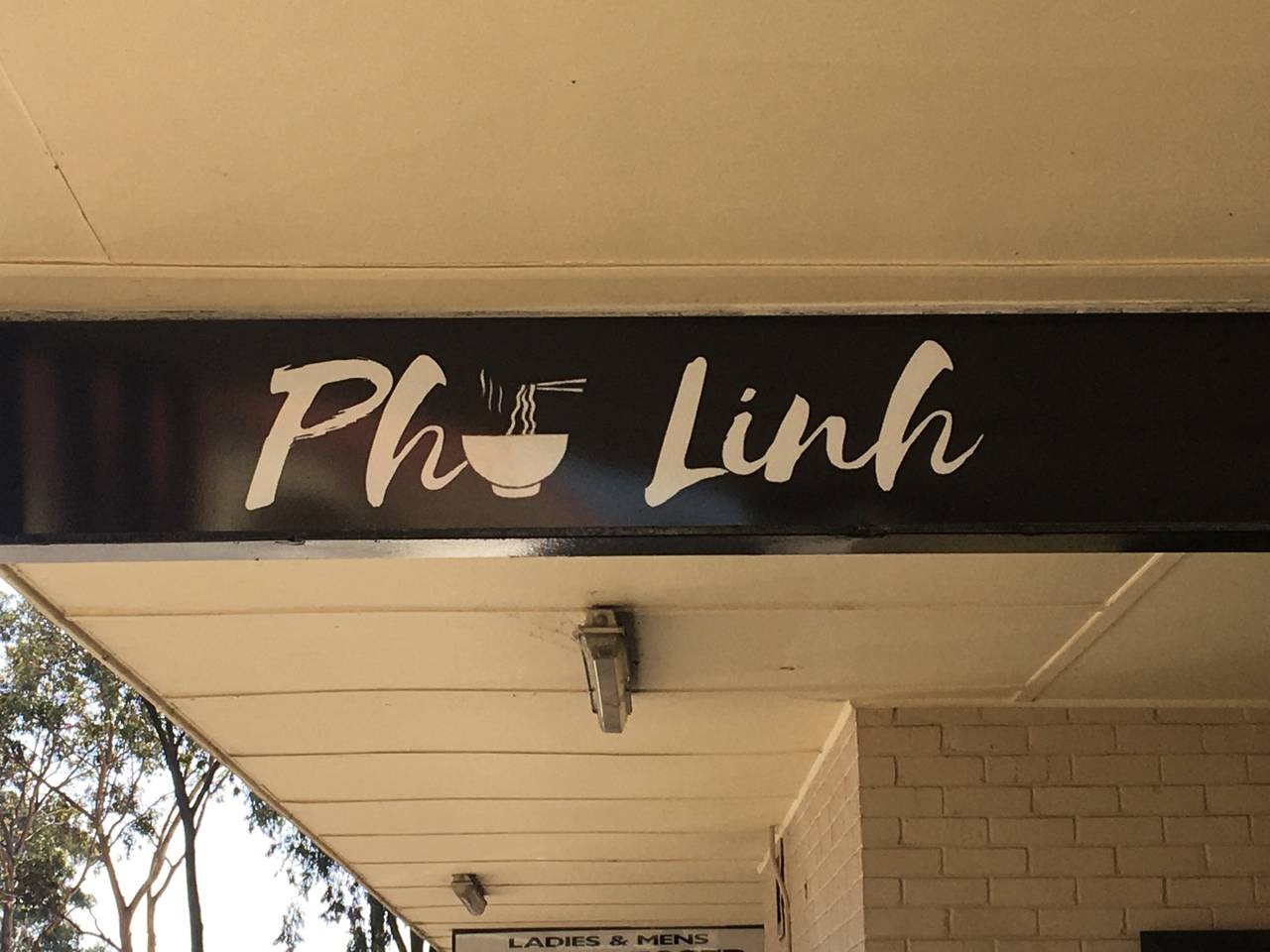 Normally, we’d go to the Pho Ba Ria 2, but that will be another entry for another time.
I was happy because it hopefully didn’t mean a late night and I could continue to clean my home
with less stress. Things were bad enough as it was.

Upon arrival, I went to get a drink from their fridge and he went to order. I normally drink Coke No Sugar, or Pepsi Max because they are sugar free. There was a line up, so I got back in time to place my order for chicken cold rolls and salt and pepper squid, while Shannon had already ordered his usual Large Pho Tai (beef noodle soup) and some spring rolls. 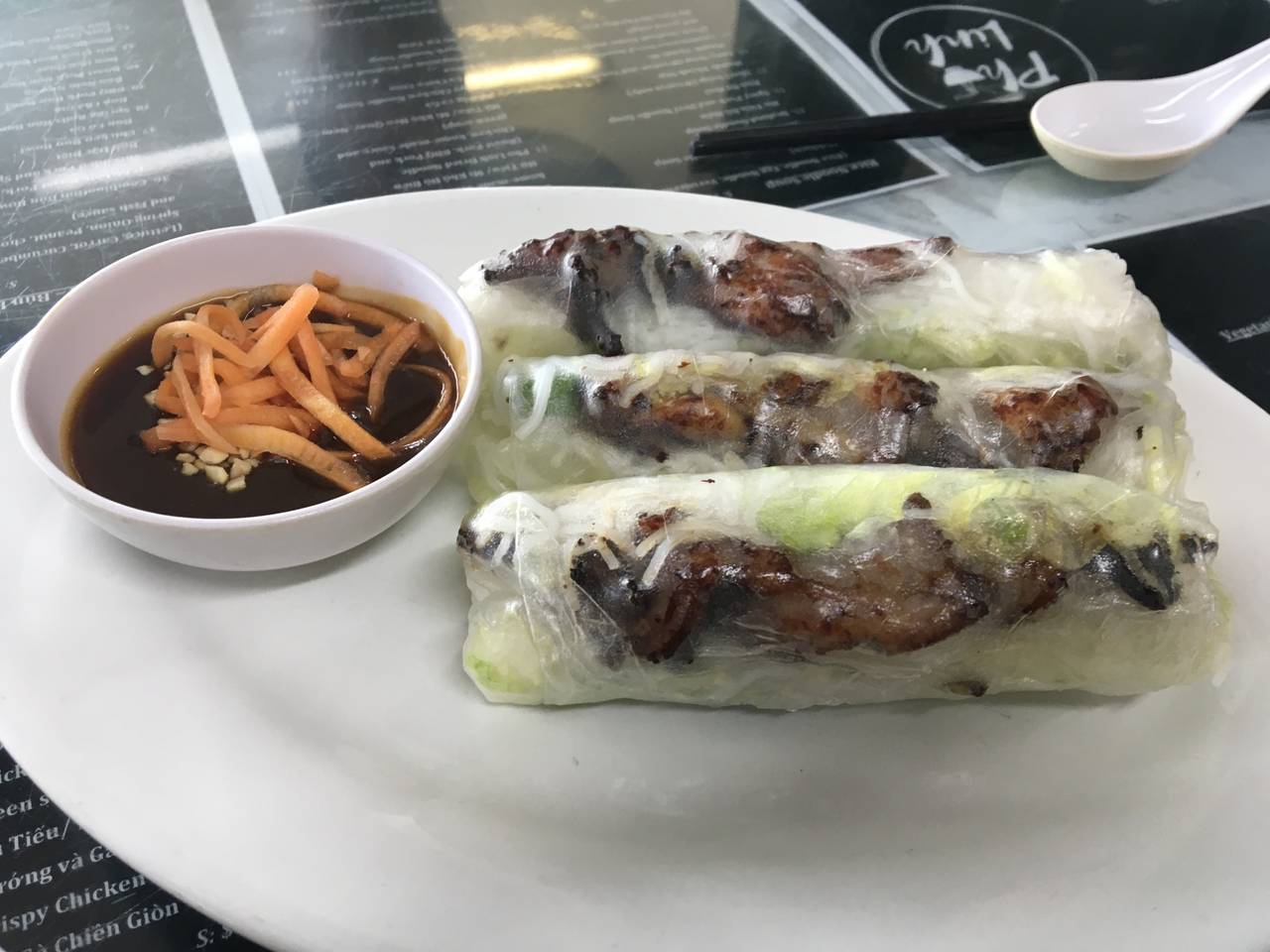 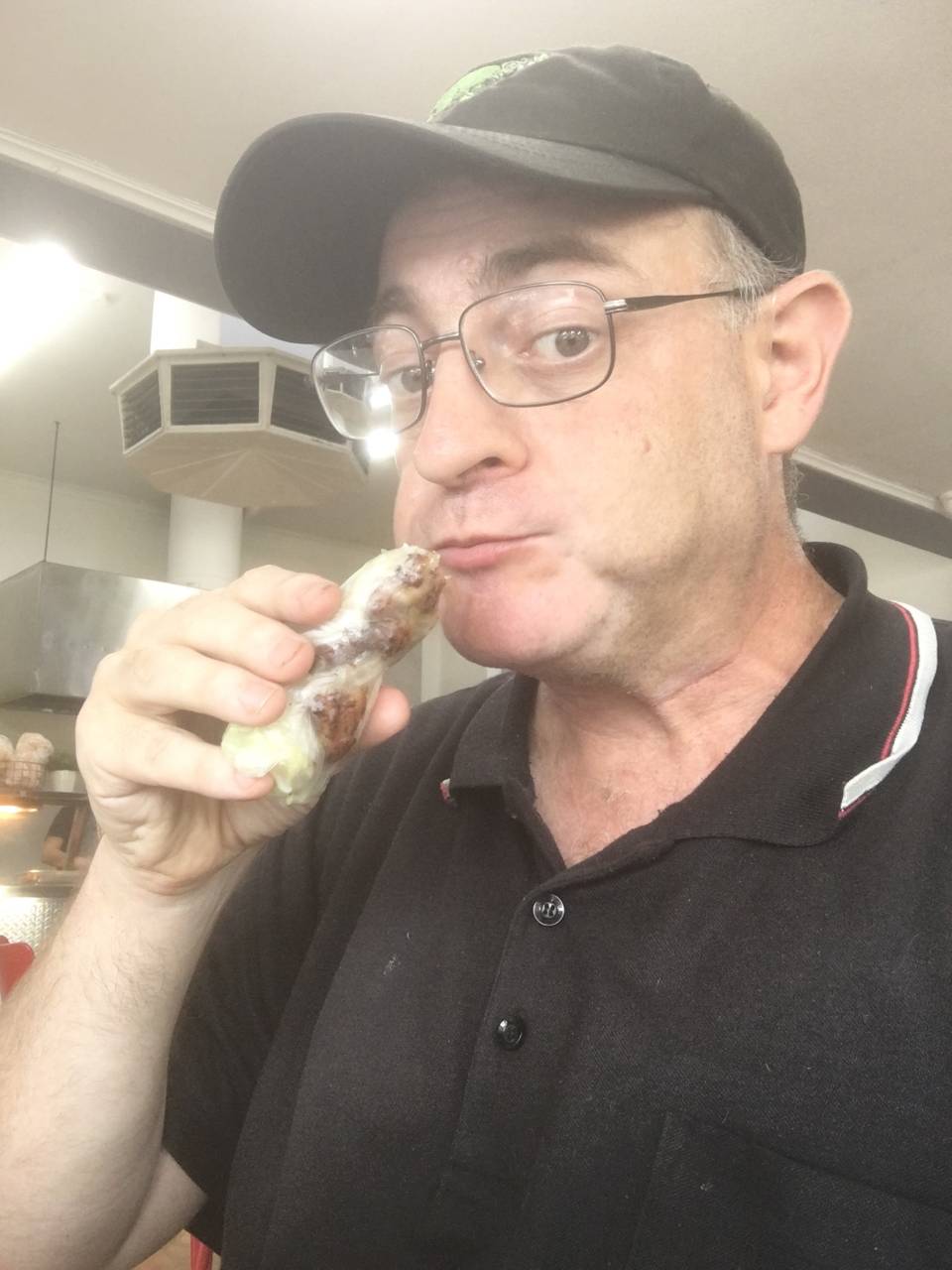 Me eating a Chicken Cold Roll 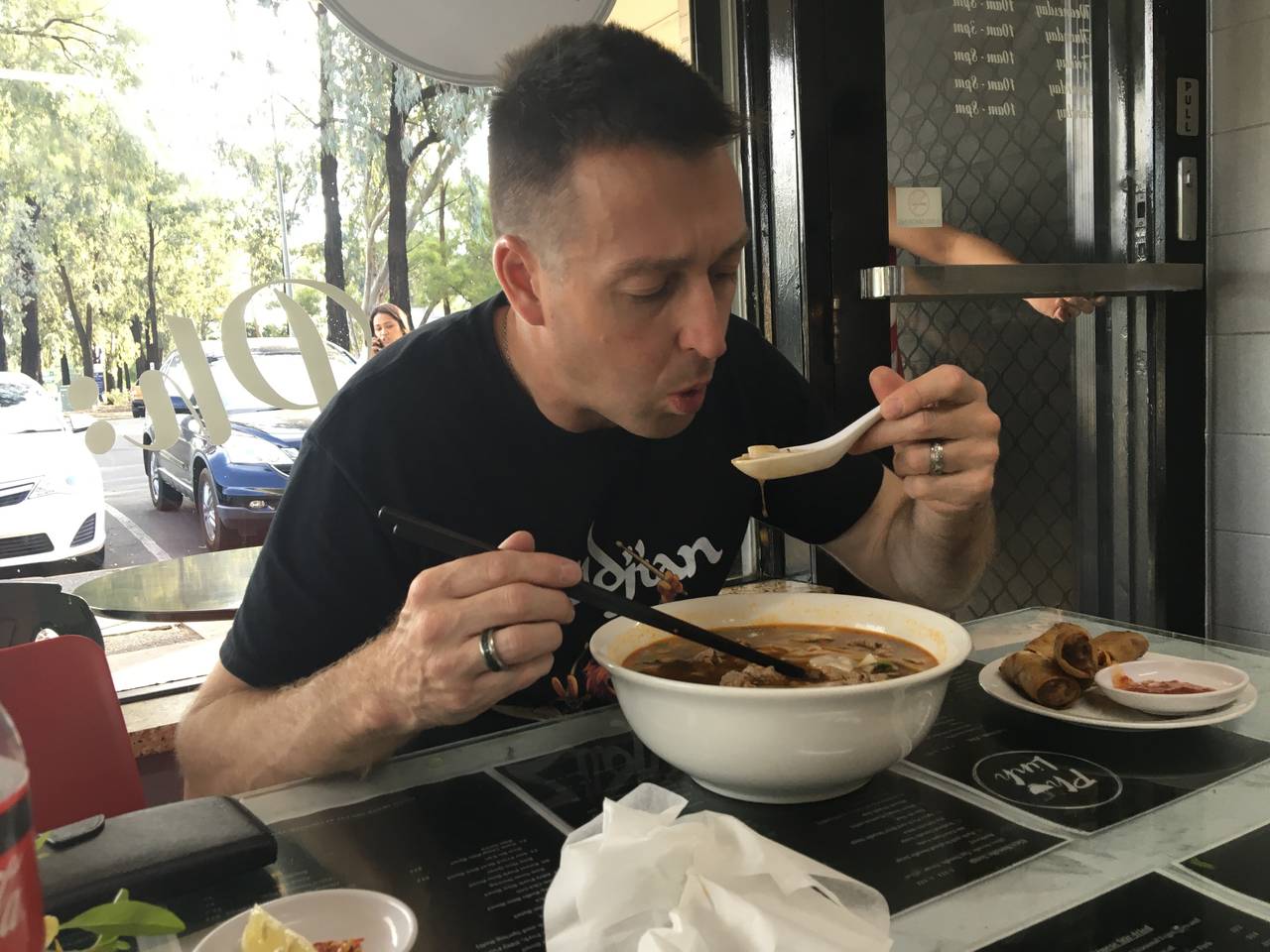 He usually squeezes a bottle of Sriracha hot chilli sauce in a circular spiral on the top before mixing it in. He likes it spicy! 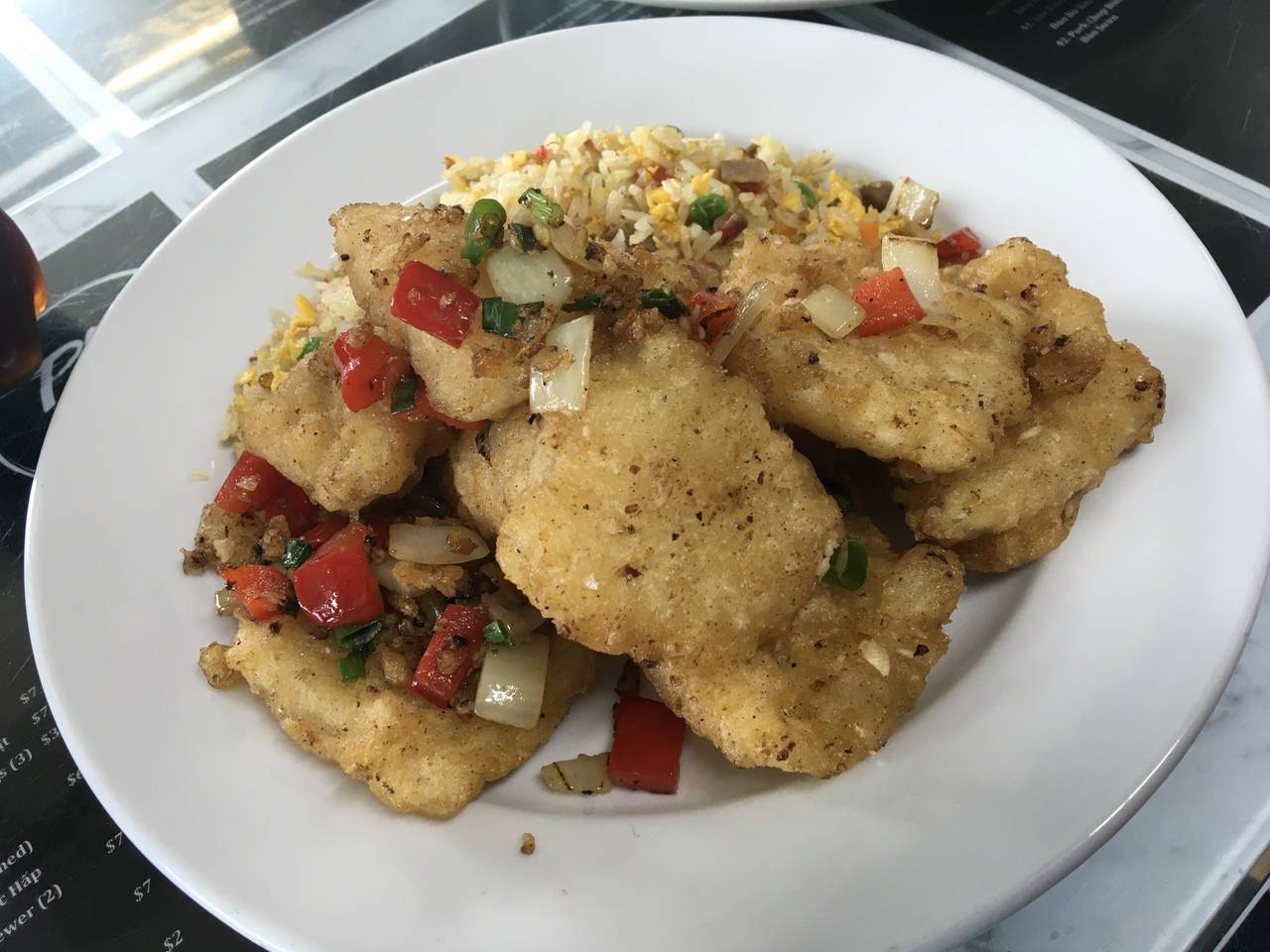 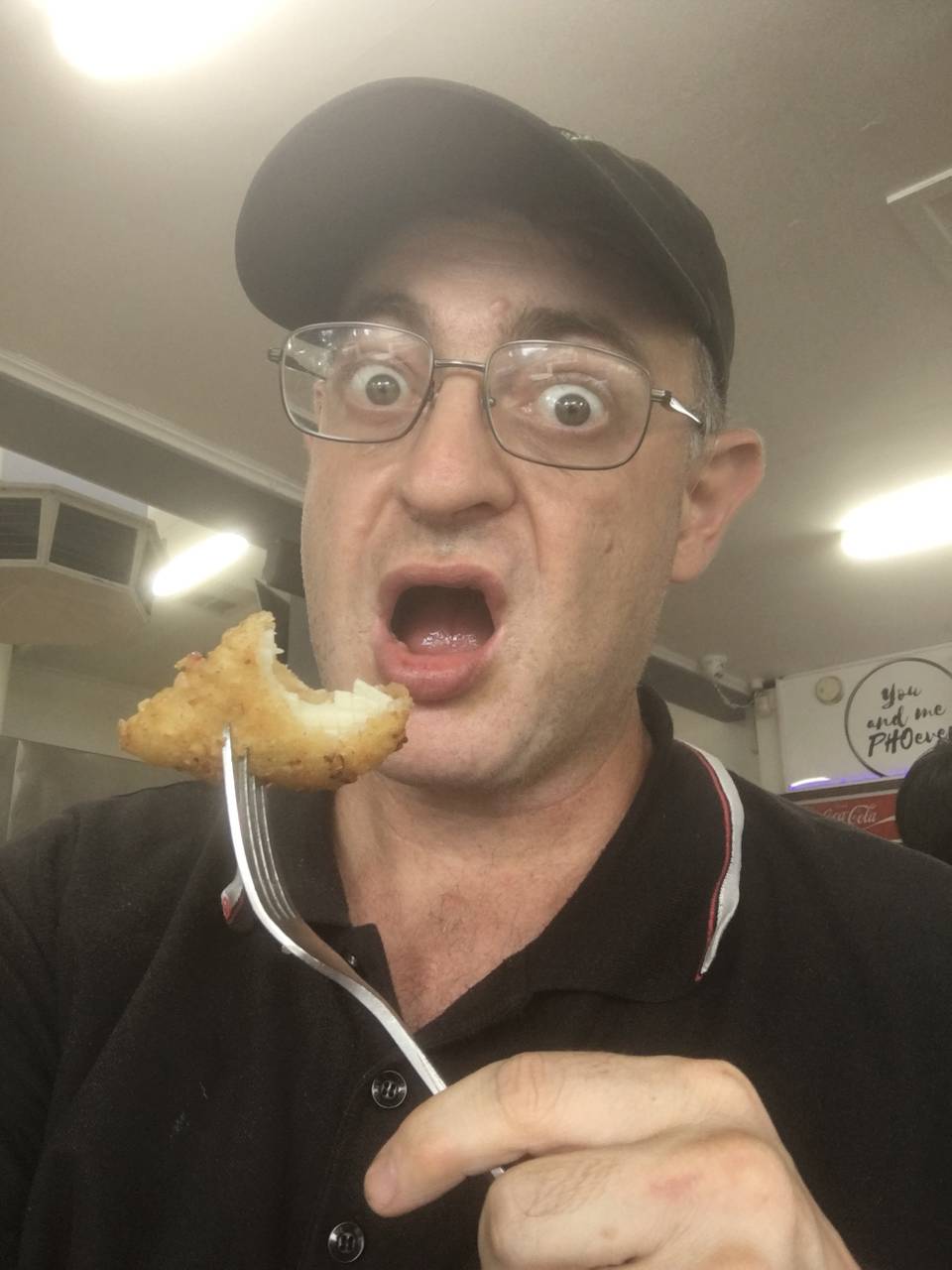 Me eating some salt and pepper squid

We sat and talked about various things, and he’s going through a divorce so things are rather tense.
But we enjoyed the meal and then he said he wanted to go to what he refers to as “the bakery”.

My face dropped, thinking of the potential carbohydrates, but I agreed and we both hopped into his van and headed towards the city of Adelaide, some 20km away. 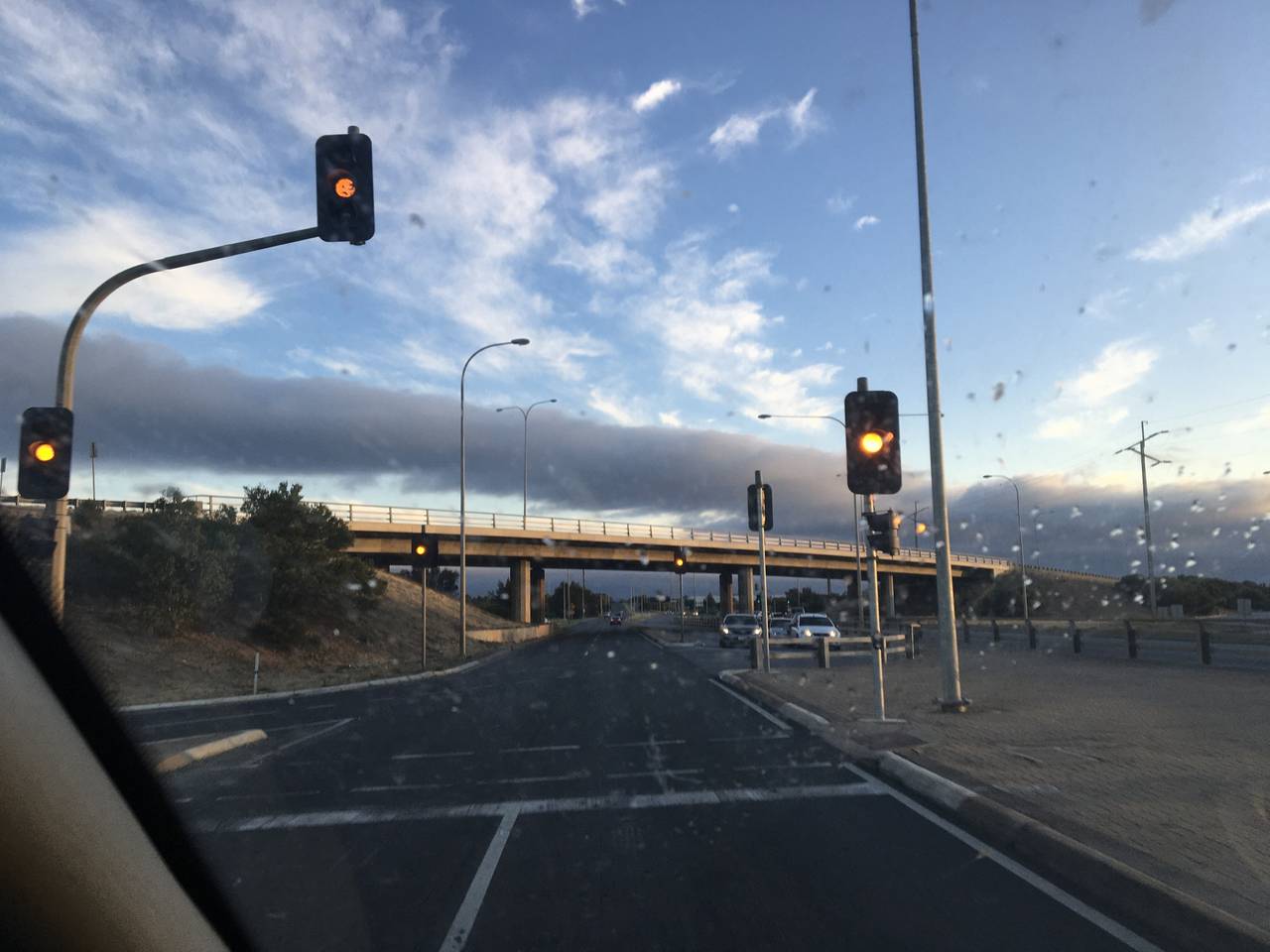 A cloud using the highway overpass. After a while we made it to our destination: 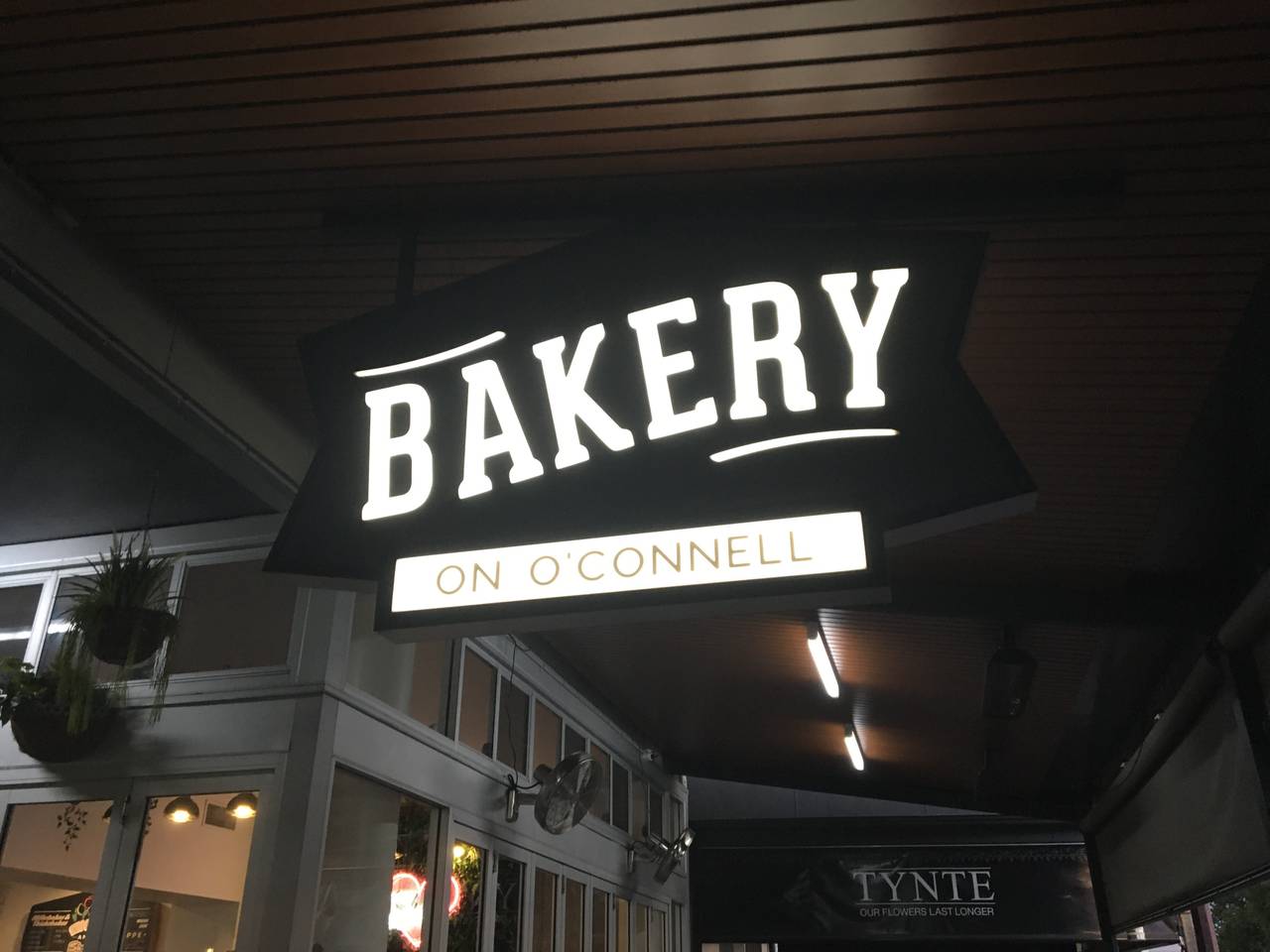 The Bakery on O’Connell is open 24 hours 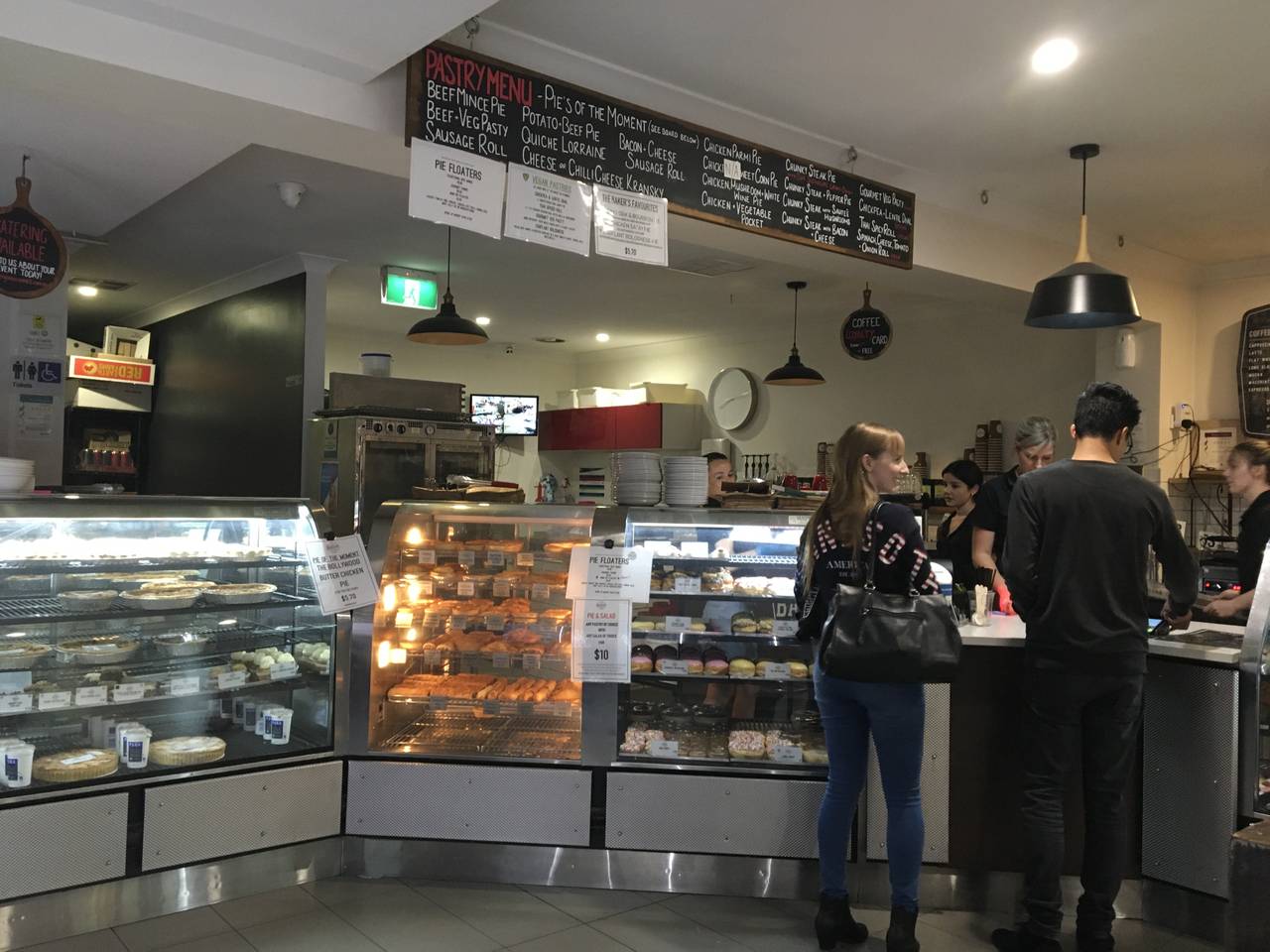 Their range is extensive, from sandwiches to cookies, cakes, pies and desserts they have it all!

We had a Kitchener Bun and a low fat chocolate milk each (not bad if they are “sometimes foods”). 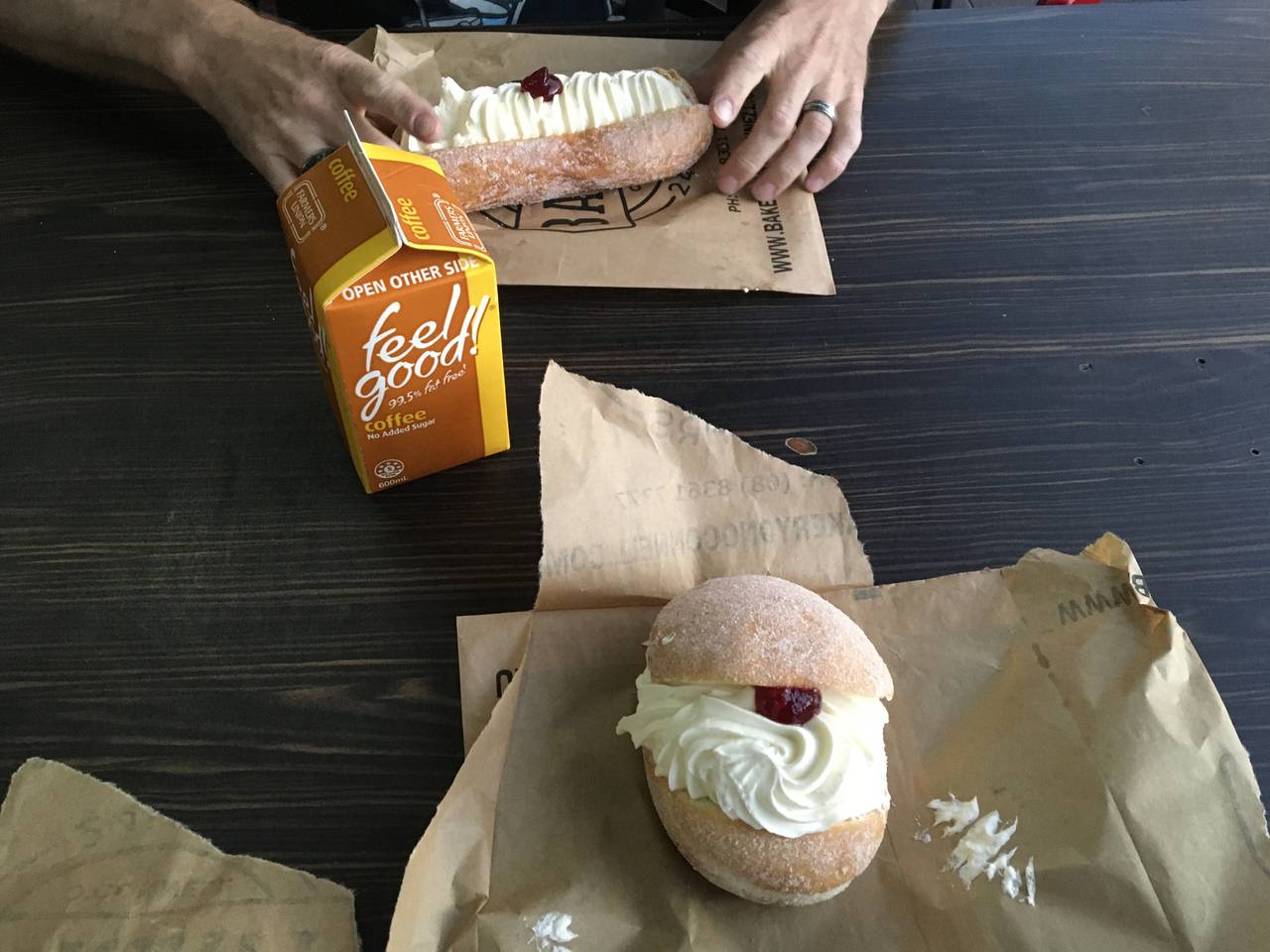 After that we headed home again, and I proceeded to pass the Housing Trust inspection. You can read what happed the next day in my previous entry here.

Anyway, thanks for reading this entry.

Until next time, see you in the kitchen and always remember: If it feels good, do it! 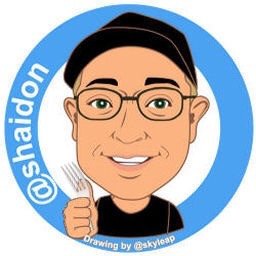