I have no idea what I made today. Let me say that I had a plan in the beginning of the day when I buy some of this stuff. But things happened and things was on sale, so it turned into this? xD

Well, despite the look. It tasted amazing xD 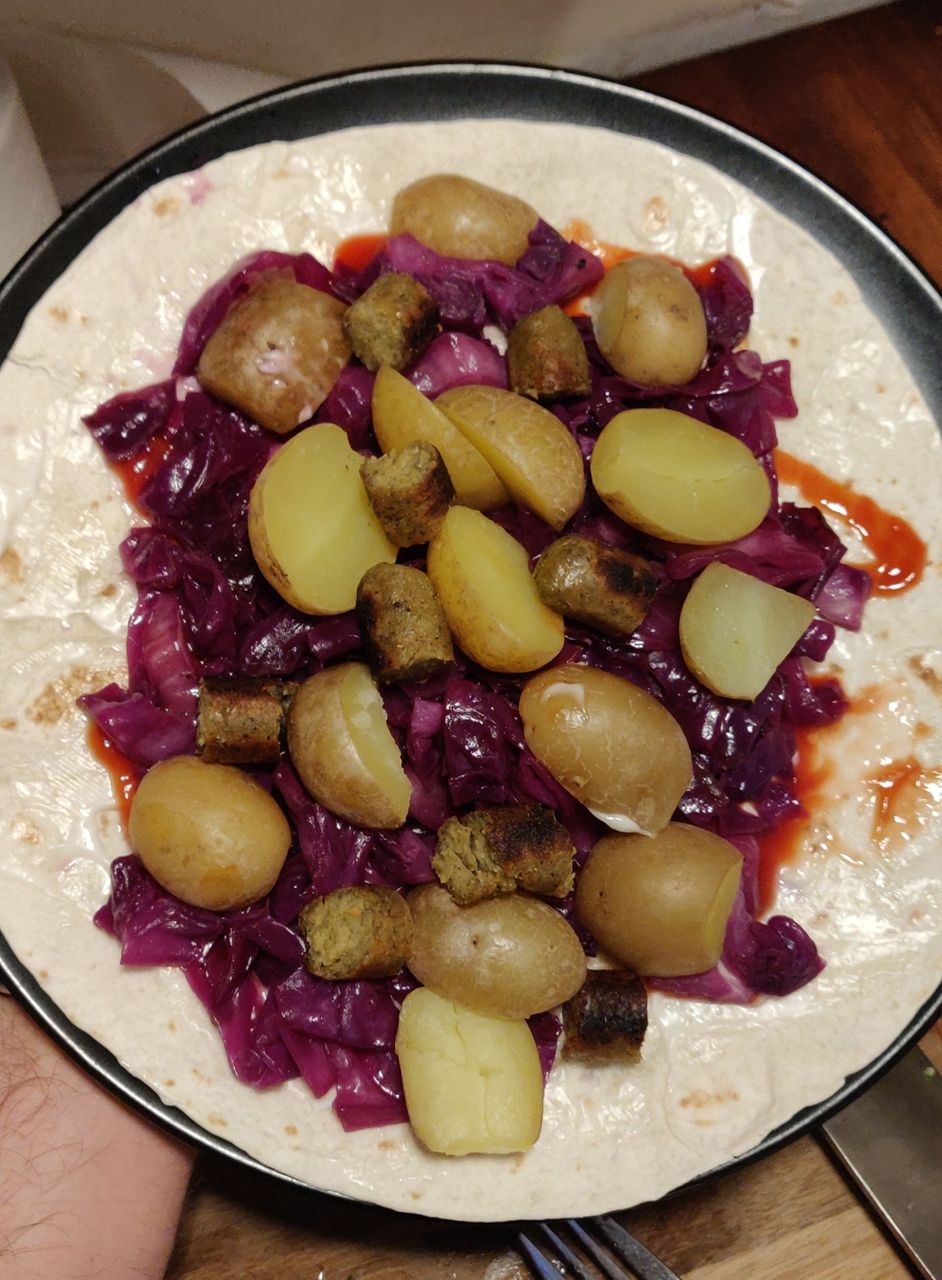 Here’s what I use:

I had never cooked Red Cabbage before, but its quite common in Denmark where its normally pickled and tastes good.
But I decided to make it from the ground today! Because I bought a Red cabbage for some reason xD

So I added vegan butter to a pan and add the cabbage, then I added some salt and water and later some white wine vinegar I had. It also said Sugar, but nobody needs that extra calories.

Cooked the Potatoes normally. Warmed the wraps and also cooked the Sausages in a pan.