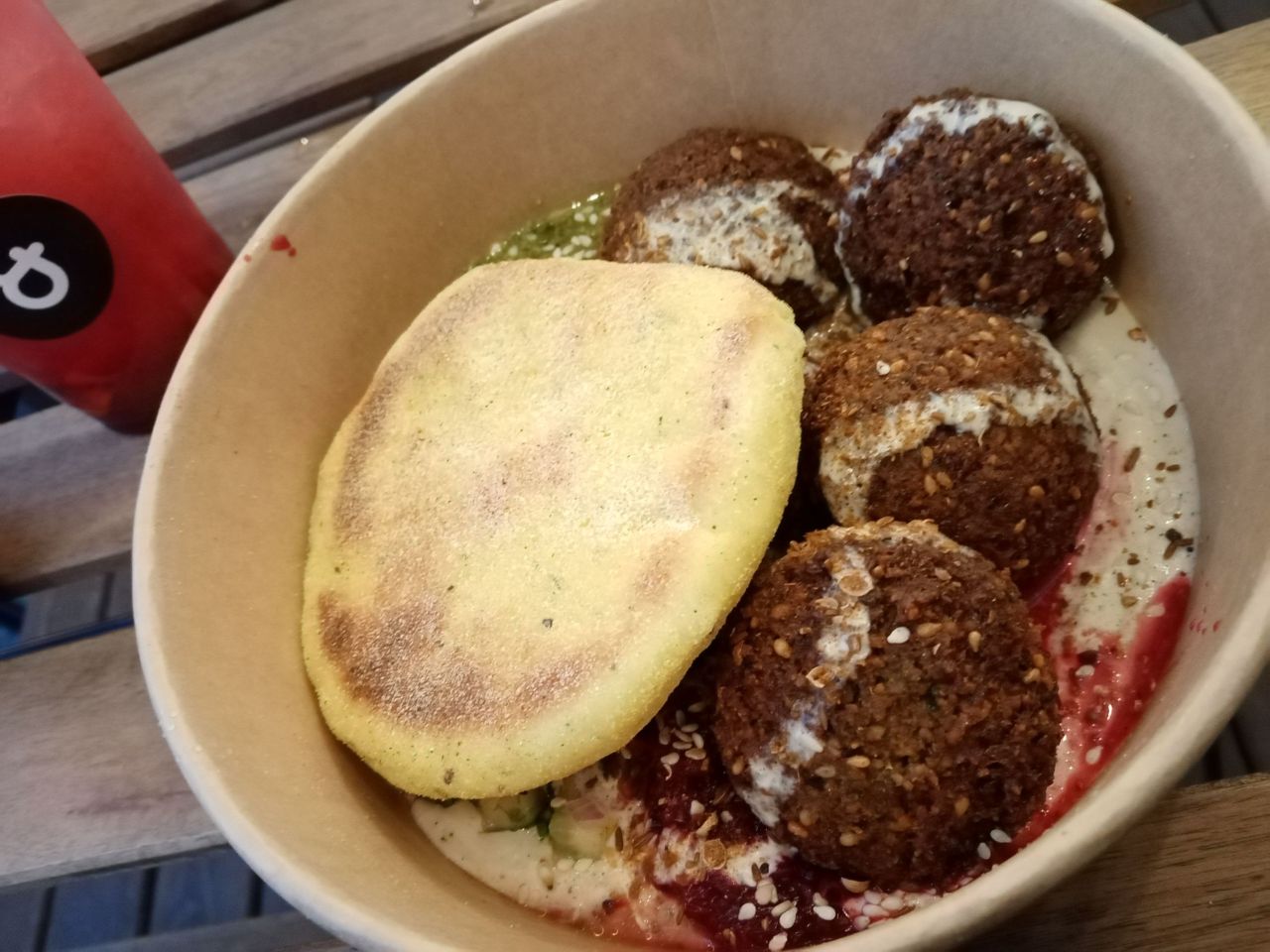 If you ask my close ones what is one food I obsess over, they will very swiftly answer with "Hummus". I don't think there was anyone more excited than me when the stores here had finally shelved readymade hummus on their fridges. The only other place before the stores had them was the Arabic restaurants.

Recently, an open-roofed food court launched its business. Among the stalls was Shuk Hummus & Pita. I first came across the foodcourt on Instagram. There was an ad for New York style burgers so I thought it was worth a visit. 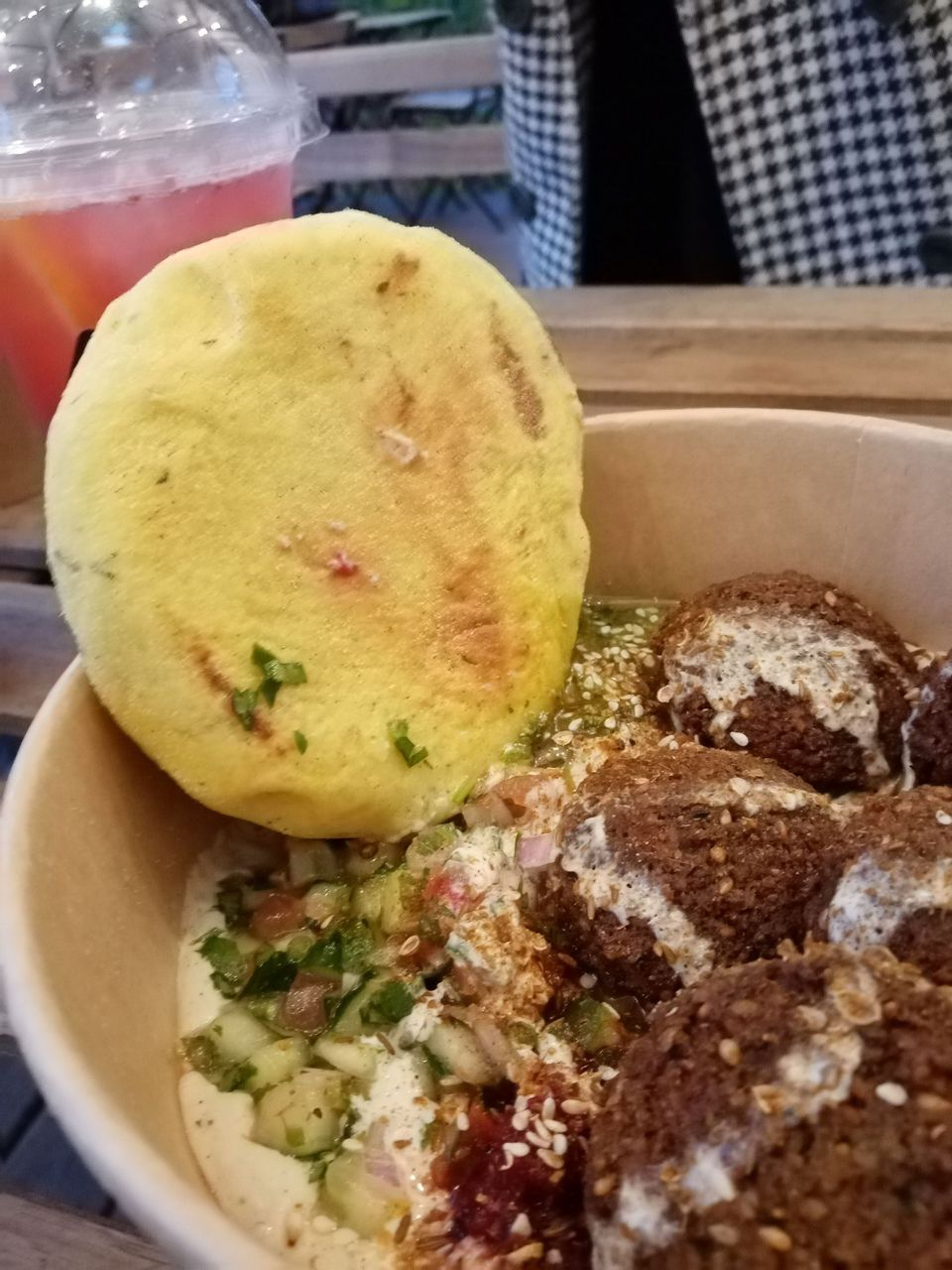 Only after reaching there did I come across Shuk. It is an Israeli food stall with various Arabic foods from around the Arab World. Shuk takes pride in recreating some of these delicious recipes right here in Ukraine with local produce.

The first thing that caught my eye was the hummus on their menu. They had a separate section for hummus. You can choose from hummus with either turkey meat, falafel and what not. To be honest the menu was in Ukrainian so I couldn't understand most of it. I just told them to give me hummus with falafel. 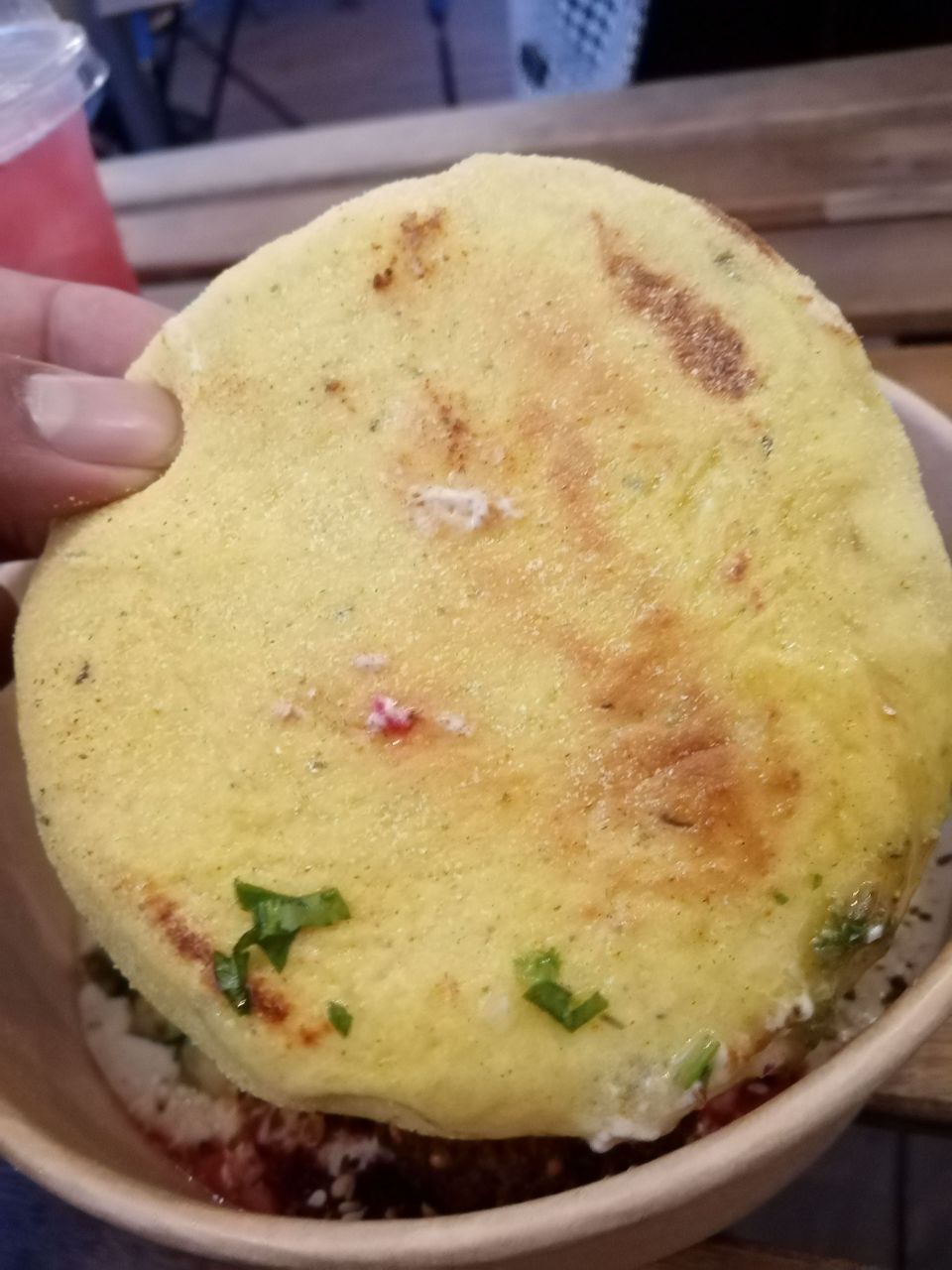 The entire thing is like a set. It comes with hummus, falafel, a tabouleh kinda salad, some squashed radish, and pita bread. I was thoroughly excited. This could be the very first place that did something so creative with just hummus. Granted it is not very authentic from the Arab world where I come from, but it is very innovative.

I asked them if they sold the pita bread separately. It was incredibly delicious and fresh! It smells great, the rough outside and the soft inside was on point. Granted the color was off and the size, too. However, it is made in a machine so what else could you expect right? Not the original anyways.

The entire concept of this hummus set really pleased me. A bowl of hummus with falafel and so much more on the side. I really liked the tabouleh and it was close to perfect. The falafel is really good. Obviously, the innovation has cut short the authenticity and the taste. But then again the entire experience and deliciousness are more than enough to put Shuk in competition with the guys born and seasoned within the culture.