The Biggest Neti Pot In The World: Whereby I Get Some Hayfever Relief

I don't get hayfever.

My husband gets hayfever, and has since he was a child, where his eyes were bulging out of his head and he had to be taken to hospital. In his 20's, to find relief, he simply drank truckloads of beer and got people to lead him around festivals and raves because he couldn't see.

Not a good idea.

Of course, anything that causes inflammation is out - alcohol makes things far worse. But sometimes things get so bad that injecting yourself with smack seems like a good idea. Don't worry, we haven't. Yet. 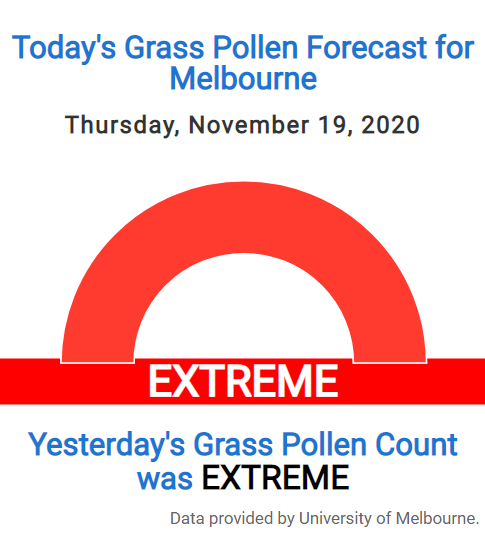 Because this year it's my turn to suffer. All week the pollen count around here has been little semi circles of 'EXTREME' - and extreme it's been. So extreme that we could see swathes of pollen drifting like clouds across the road. We can't mow, because the ride on is getting fixed, and it wouldn't make much difference anyway as we're surrounded by paddocks. You can't stop climate change just by planting a tree in your garden or stop the zombie hordes by clearing one room.

So I've been absolutely dying - firstly, with fatigue and an earache (yes, I googled a venn diagram outlining the difference between coronavirus and hayfever, I'm ashamed to say, even though we've had NO cases around here EVER). Upon waking on the third day the nasal drip began and the endless hours of holding a tissue to my nose and sneezing. Ugh. Even Jamie felt sorry for me and he's the self professed King of Hayfever Complaints. 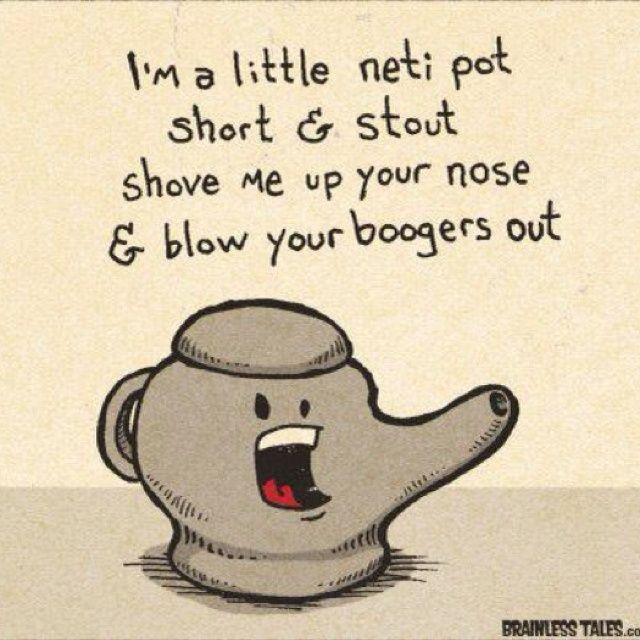 Traditionally, a neti pot helps flush out allergies. It's a form of kriya or cleansing used by yogis, a kind of nasal douche that is traditionally done after lubricating the nostrils with warmed ghee. One puts a saline solution in a small pot with a spout you stick up your nostril. It's not just ayurveda that recommends it - check out this study on saline nasal irrigation as a treatment for upper respiratory tract infections. It's meant to be safer and more effective than saline sprays It's so legit that they sell neti pots at chemists here, though when I first started using them they weren't well known - it was something we heard about in our yoga circles.

It's not particularly a pleasant experience - one has to awkwardly tilt one's head to one side and pour water in, resulting in snot and saline pouring out all over the place and it can hurt. Like childbirth, it's worth it though - you DO feel better afterwards. Hm, maybe a terrible analogy but it is DAMN painful sometimes. Tears to your eyes, you know. I don't LIKE doing, but I will.

Far better I use the LARGEST NETI POT IN THE WORLD. 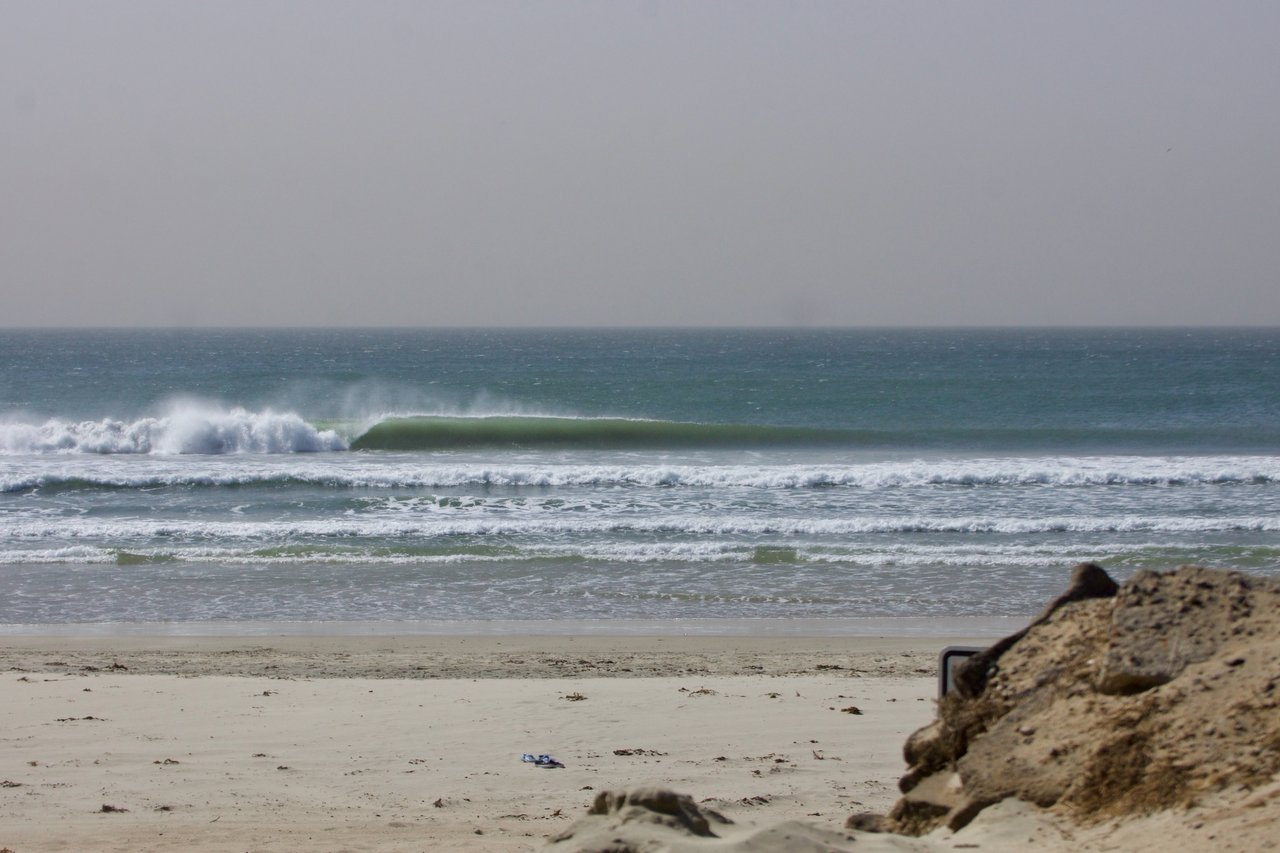 Image by @rossfletcher on HIVE

No, not the sand in the foreground, but the ocean in the background. My Dad used to tell me surfing cured anything (I used to mumble what's the cure for getting rid of a Dad at 5 am when you wanted to sleep and he wanted you out of bed in the waves with him) and it definitely helps with a LOT OF THINGS. One of those things is flushing your sinuses.

There's two ways to go about this.

One, is to stand on the shore, scoop up water with your hand, and inhale. Effective. If you don't like getting more than your big toes wet and you're scared of sharks, this one is for you. The ocean is a huge saline solution - go for it. Avoid inhaling octopuses and toad fish.

The second is to catch a large-ish wave, one you're guaranteed to wipe out on by face planting the water and forcing half of the southern ocean up your snozz. Aaah, that's the way - instant relief. For the next three hours, salt water will unexpectedly pour out of your nose. Whilst you buy a soy latte at the bakery. When you're talking to that cute guy at the supermarket. When you have two bags of shopping walking from the shops to your car. There's only one way to deal with it and that's to exhale super fast and furiously so you get the rest of it - probably wanna make sure no one's looking for this bit though.

And damn if it doesn't feel good, and give you the best hayfever relief you've ever tried.

@rossfletcher gets 5 percent beneficiary for this post for using his photo. I'd much prefer to support a HIVE guy than someone on Unsplash. Check out the community here or simply use the tag #stockshares to give permission for anyone to use your photos in that post. Created by @minismallholding, it's designed to keep OUR photographers and artists rewarded in-hive, as it were. I'm sorry my image use was associated with snot.