Hello all! I am quite excited to get back in the groove of sharing some garden posts again. Though we always think about trying to keep some things growing over the winter, it just hasn't really happened yet. Which means by this time in the year I am especially happy to think about actually growing some of our own items again. It is still early yet, meaning it is most just prep work, but it is enough to start drooling over what's to come. I'm going to jump right into sharing some photos and a rundown of what we're planting so far. Up first as you might have guessed from my cover photo: strawberries! This is our second year with a few beds of strawberry plants that we propagated from a gift off an existing bed of a family friend. Last year we didn't get many berries, but we're hoping for a better harvest after another year of settling in. I just saw the first blossom a few days ago. We've got the smaller raised bed looking good, and a larger bed on the other side of the garden full of shoots. It was actually on a new shoot just outside of the bed above where I saw the first flower. I saw a second bud opening up today, which hopefully means we'll get some little strawberries soon! If not, there's always the U-pick options to really load up on the first of the spring fruit. ;) We also over-wintered our lemon plants in the garage. After a few years of trying to grow one from seed, we finally had a few plants that made it past the seedling stage. As much as we use lemons, I'd love to actually get some lemons off of these some day! The one above is the larger of the two, but the smaller one below has some new growth now, as well. Speaking of new growth, I didn't take any photos but our fig tree that we planted last year is showing signs of coming out of the winter slumber. A handful of figs popped up right as winter was starting last year. Too late to get ripe enough to enjoy, but fun to see them pop up. Considering it was only about a foot tall in the spring I hope it bodes well for strong growth this summer. Some of our herbs are also starting to grow again. A large parsley plant went to seed at the end of the year. It looks like we've got a few spots where the seeds must have taken as we have fresh parsley again now. I sometimes forget we have it since it is not one that we always grow! However, the oregano has been in the same spot for years and looks to be staging another comeback. I also bought a few new packs of seeds for the items we need to plant fresh every year like basil and dill, and I remembered to add a few new items I've wanted for a while like lavender and rosemary. Rosemary really is one of my favorite herbs, so I really don't know why I haven't gotten any to grow up until now. I wanted to keep the bees happy by planting lavender. I'm sure I'll find some good ways to use that, as well. The boyfriend will often take a photo of where he plants things so he doesn't forget. One of these days I'll get my niece to make some painted stone markers with me to help with that, too. There is a small raised bed with some lettuce we're hoping will mature enough to enjoy before the bugs and heat set in. I think we also have a few small seedlings of broccoli, cauliflower and kohlrabi. Though we might be too late in the season for those to really mature. You never can tell what Mother Nature will do, so we can only hope they'll mature soon. In case you're wondering what the jugs are below the raised beds, the boyfriend has turned some old laundry jugs into water catchers. There is a big container that catches water from the gutters along the house, but these provide some easily accessible backup. Especially for the rare time of drought when we have actually had the big container run totally dry. Also a perfect example of how much more inventive the boyfriend is than me. 😂 Plenty of other seeds getting started, though there's not much to photograph now. The soybeans, cowpeas, yellow string beans and Borlotto beans that we grew for the first time last year are on the way again. With the knowledge now that we need to support the runner beans much sooner for good growth. Of course tomatoes are always on the agenda, as are a few varieties of cucumber and squash. I am hoping for plenty of yummy patty pan squash again this year. I also bought a few types of melons to try out this summer, and fingers crossed for a good harvest again of the Candy Roasters and other hard squashes later on in the season. If I had my way we'd turn the whole yard into a garden and not just these few beds. Slowly but surely we'll get there. The boyfriend hates the chore of mowing the lawn anyway, though I'm not sure gardening is much less maintenance....

After blogging for a few years now, it is fun to look back year to year to see how we are improving. My first spring post last year was about this time, as well. It looks as though we were a little ways ahead this time last year, but then again a week can sometimes make a big difference when the weather is sunny and warm! For my friends on the Hive blockchain, make sure to check out the post by @riverflows announcing her hosting of the Garden Journal Challenge for @simplymike. It is a great way to not only get encouraged to share your own posts but also see what gardens look like all over the globe. A pleasure all around!

What are you growing this season? 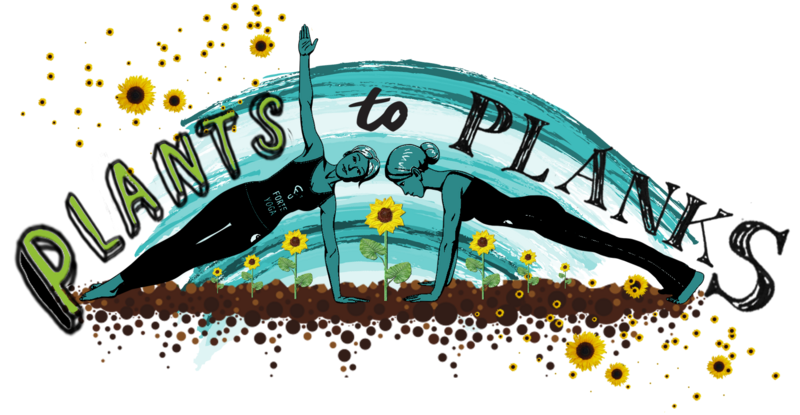