Today I would like to share my experience of growing tomatoes in Slovenia during my first year in this new country with you.
In our shared garden tomatoes are grown for many years already. Own seeds are taken, dried and stored in a dark cool place for the next year.
I was already told in spring that it has become very difficult in recent years to harvest tomatoes at this location, because there is a new green insect that nibbles the tomato fruits and destroys them.
Since I was not at all familiar with such an insect from Germany or Austria, I was curious and at the same time a little afraid of what challenges I would face when growing tomatoes.
From my previous experiences, I knew only the classic tomato diseases such as blossom end rot or various fungal diseases such as an infection with Phytophtora infestans.
In the meantime, the summer is already here, and I could make acquaintance with the green insects.
It is the southern green stink bug Nezara viridula. I did not even have to wait for the tomatoes to ripen, as this bug attacks numerous fruit and vegetable plants.
First, I noticed small black insects on the raspberries. After a short research, it turned out that they are larvae of the southern green stink bug. Soon they were also found on almost everything that grew in our garden: beans, radishes, cucumbers, peppers and many more. 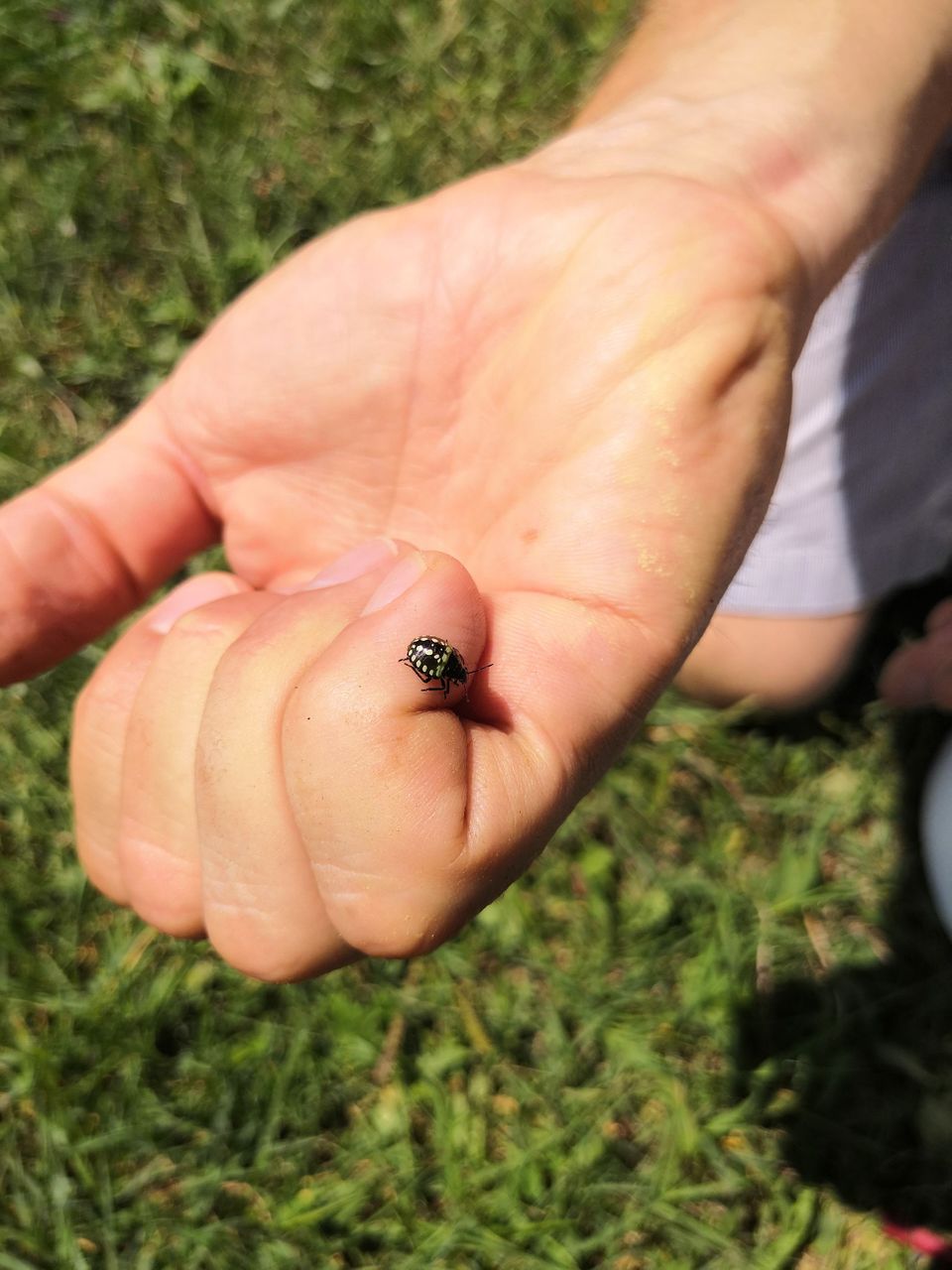 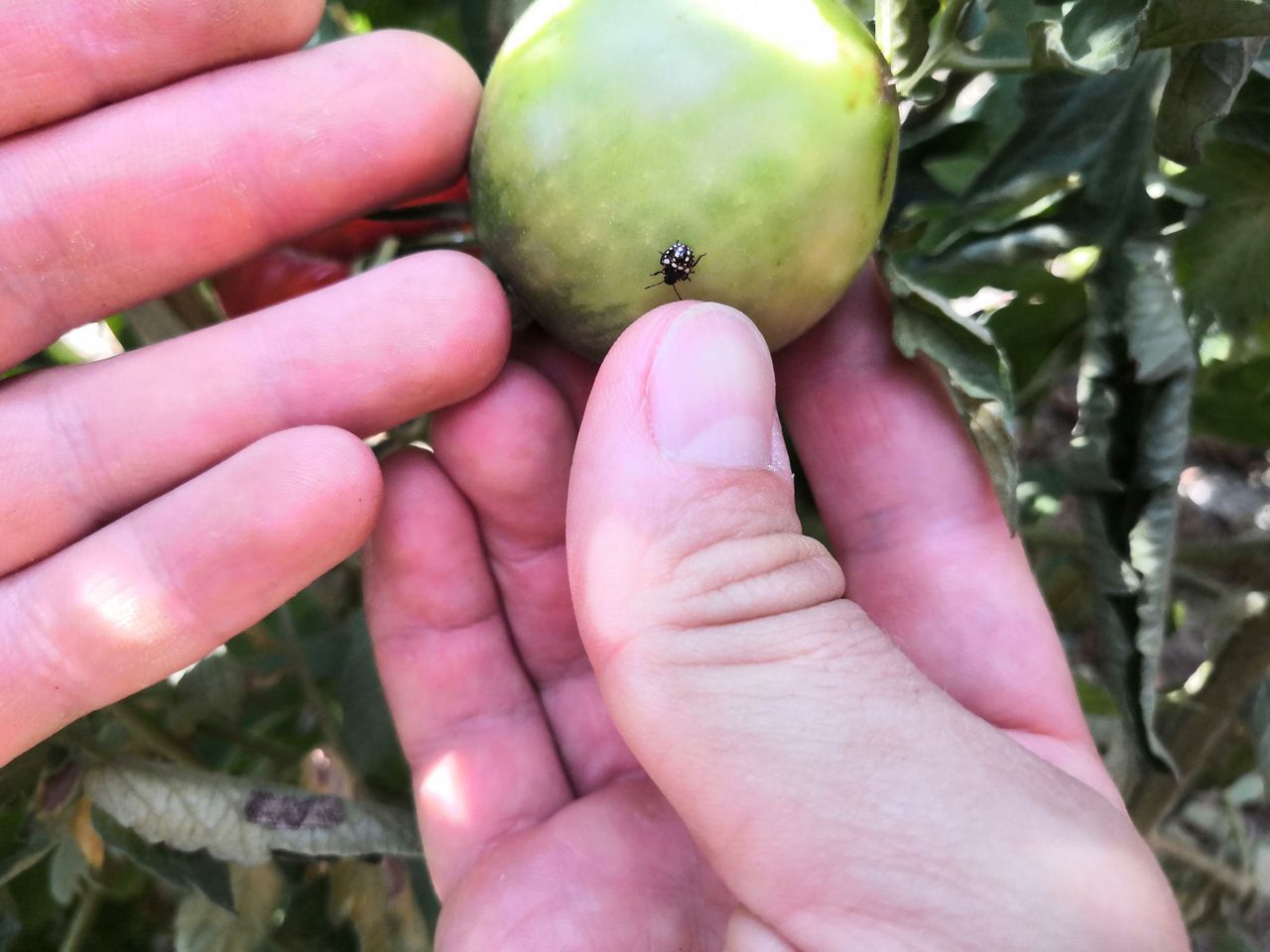 The sucking damage on the fruit leads to spotting and deformation. The outer part of the tomato becomes hard and is therefore no longer suitable for consumption. 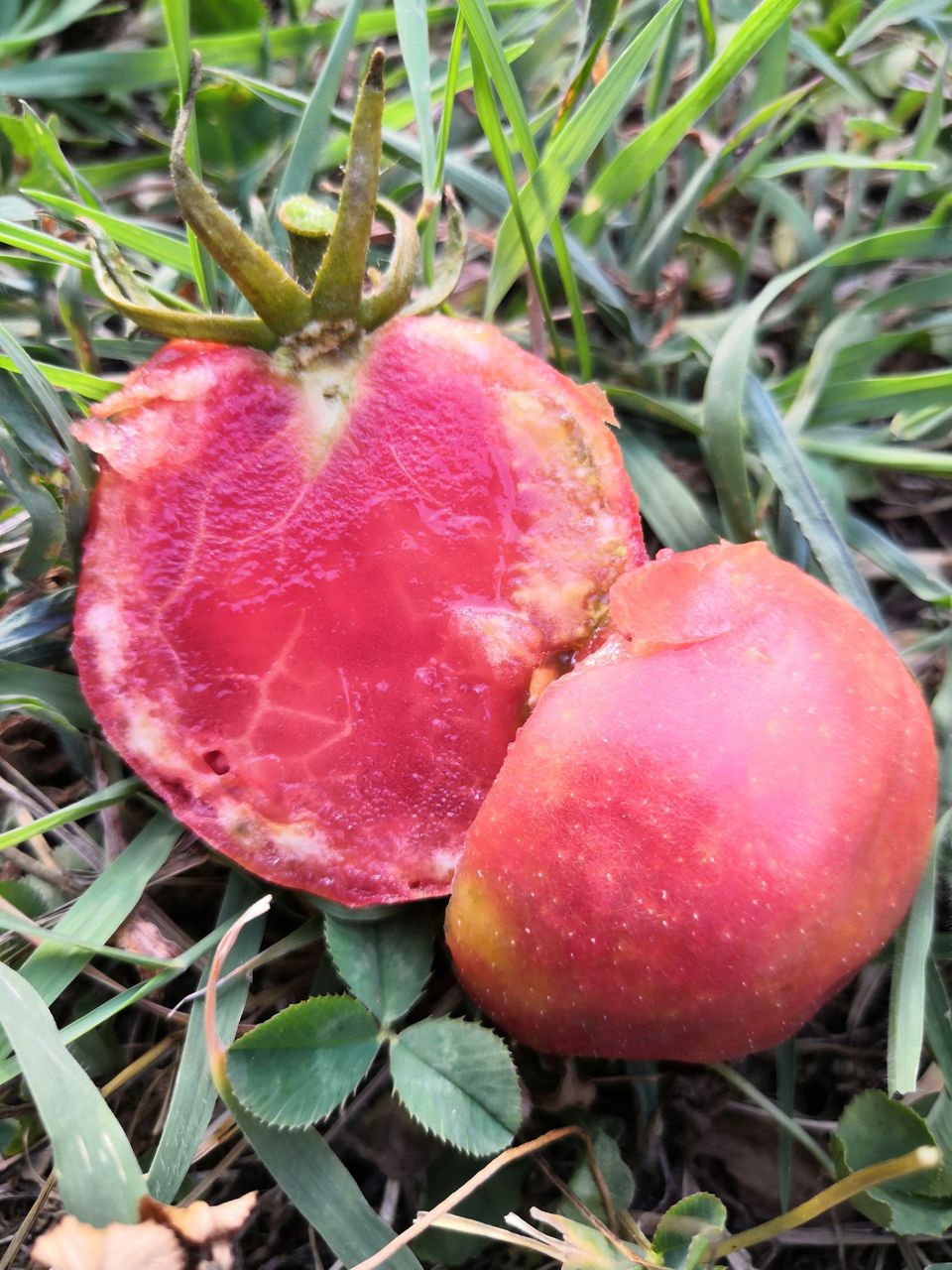 Since Nezara viridula here officially still has no natural enemies, many people say that growing vegetables no longer works without chemical agents. In the short term, this seems like an easy solution for many here. But in my opinion, it is not a healthy solution and certainly not the right way.
After some conversations with friends and acquaintances it became more and more apparent that this bug is not a problem everywhere. Apparently, there are areas which are quite near but further away from the city, where Nezara viridula almost does not occur at all.

The enemies described in the literature are egg parasitoids (Trissolcus basalis) and endoparsites (Trichopoda pennipes). However, these species apparently do not yet officially occur here in the area.

So how come some other gardens don't have problems with this insect? Do they have a greater diversity? Our garden is very close to the city and around it there is little nature and a lot of concrete. Presumably there is not sufficient possibility of establishing a natural enemy to the southern green stink bug here. Also we planted many tomatoes in one place, so once the bug is there it can multiply well and quickly without having a real natural enemy.

I'm afraid that while I can do something about diversity in a garden, it takes the entire region, and preferably the entire world, for a stable ecosystem to develop, with predator and prey populations following each other at a healthy rate.

However, I have made an interesting discovery. Here in our garden, there has recently been a spider that eats the southern green stink bug. Watching this was beautiful to me because it shows that somehow there is a balance after all, and nature is reasserting itself and its power is coming out despite many roads and the destruction of nature.

Meanwhile, the spider has spread and sits everywhere between the tomatoes. So harvesting is a bit more difficult, but this is a wonderful start that shows me that nature can regulate itself and there is no need for chemical intervention.

To show you these events we "fed" one of the spiders with the southern green stink bug. I took a video of it with my cell phone camera and hope you enjoy seeing that bug caught as much as I do :).

Here you can see another larval stage of the bug: 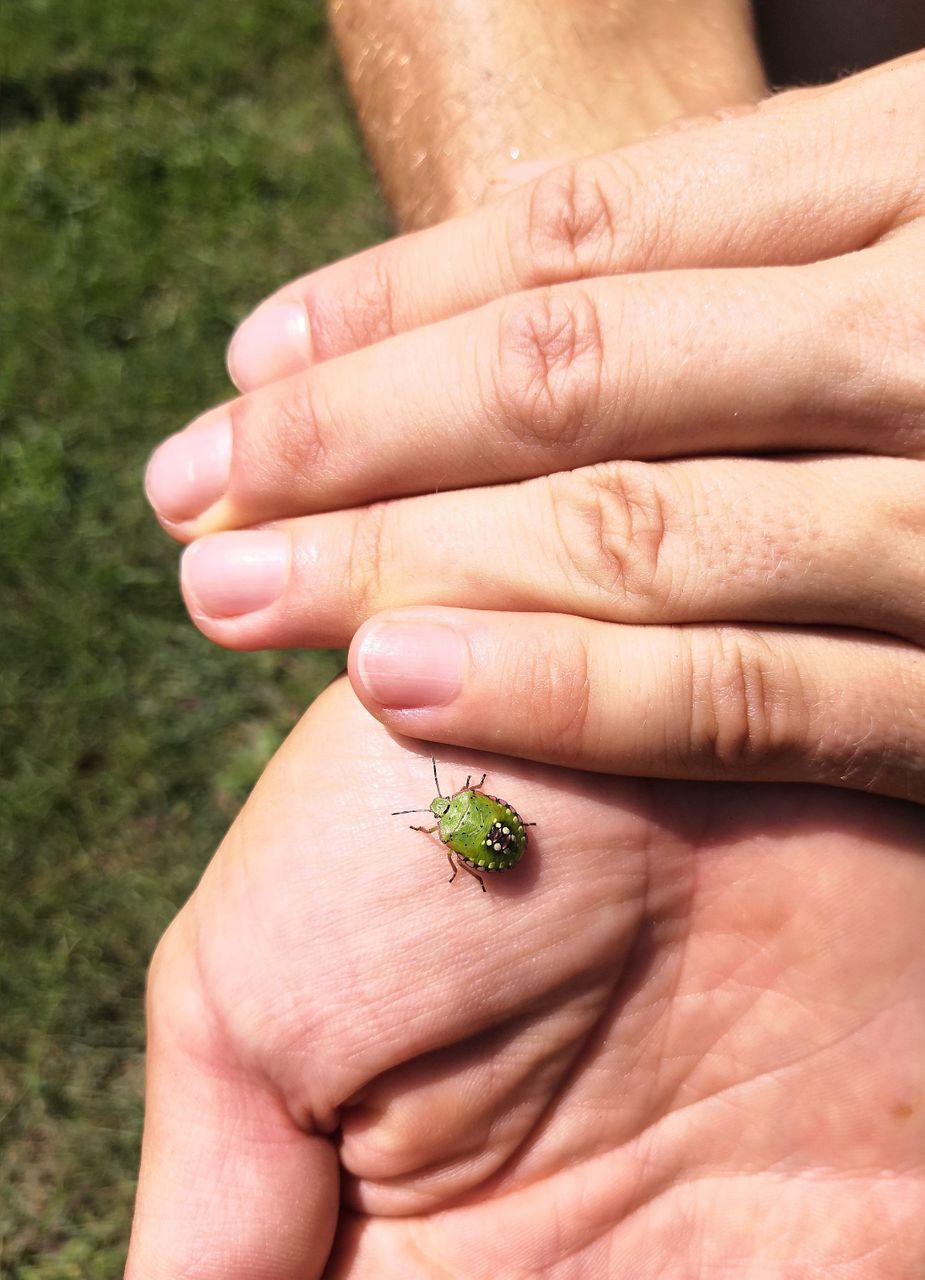 Here you can see typical adult bugs during mating: 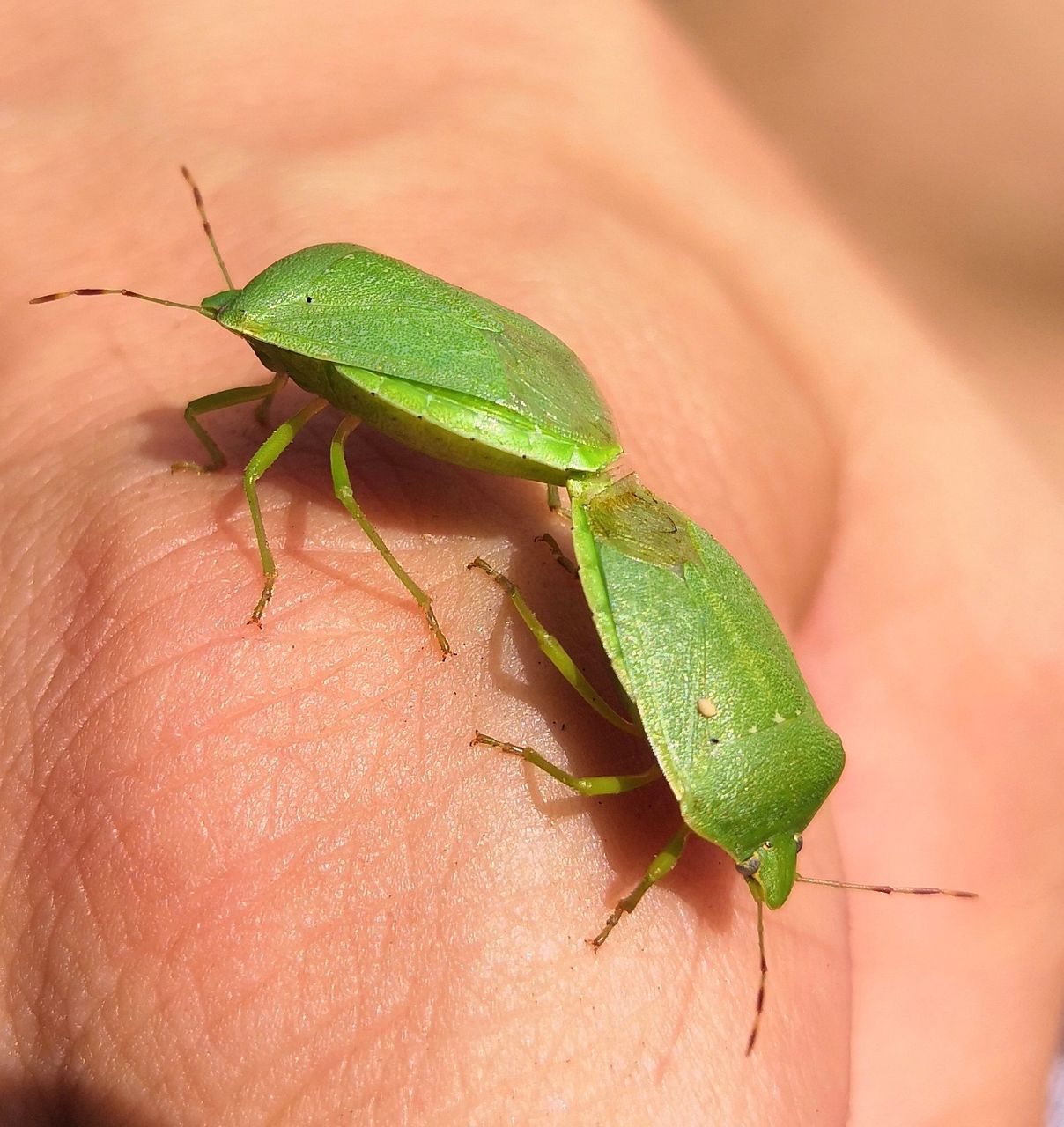 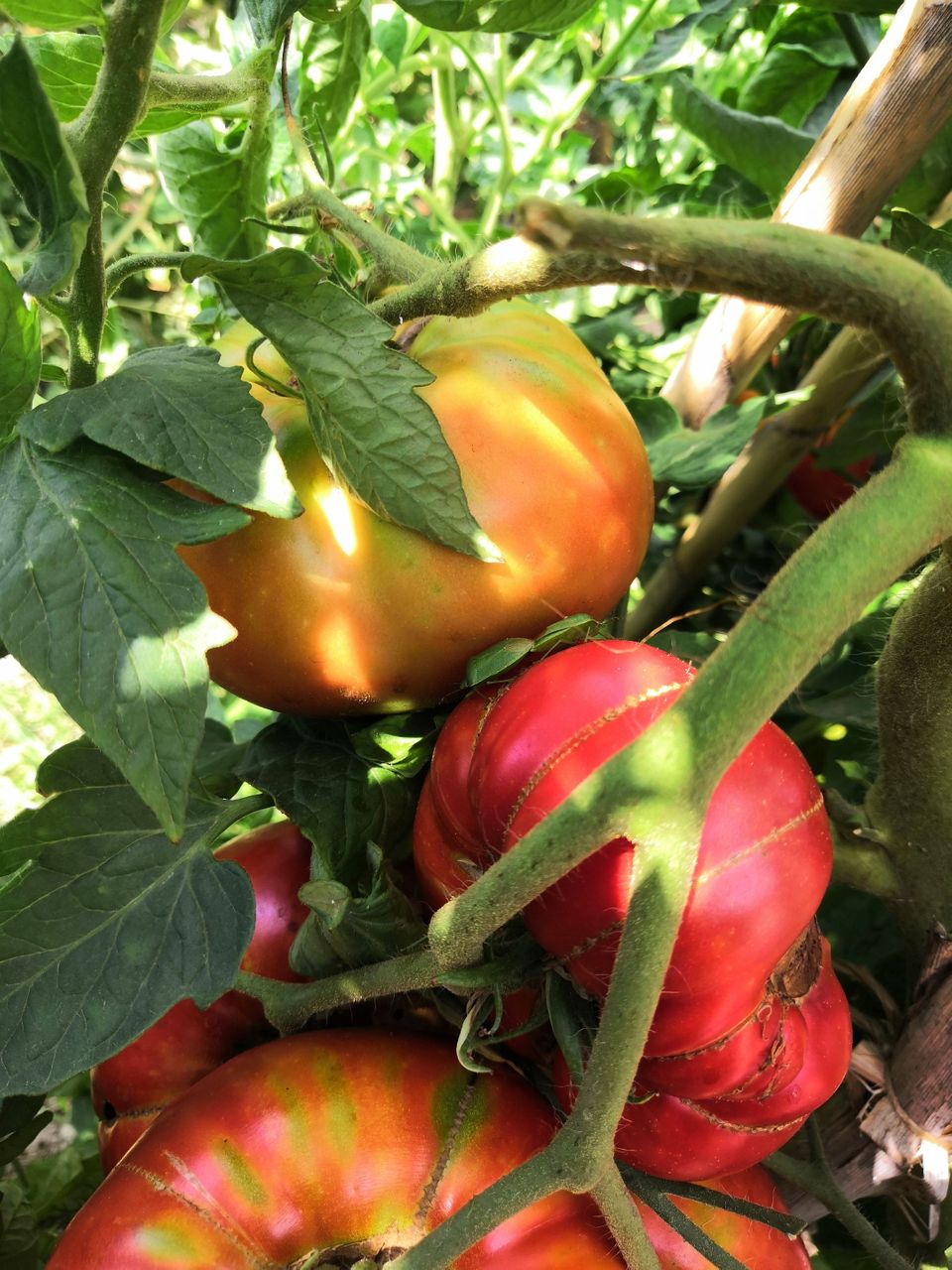 If you are interested in reading more about my journey, feel free to follow my blog here on hive. I would also be happy if you share some of your thoughts about permaculture and nature with me and other fellow readers in a comment. :)