The Healing Power of the Sound

You wake up in the early morning suddenly very uneasy, sweating and with a racing heart. You feel fear and anguish and you find it hard to control yourself. At that moment you realize that there is something wrong with you, you are suffering from anxiety.

I think anxiety has become quite a common disease in our time. It is the common malady of this age. Many people live a hectic and stressful life due to the rhythm of daily life in many cities, producing consequences such as anxiety and depression.

For a long time I lived in this cycle of anxiety and depression, living an unhappy life until I met Dr. Elsy Mata Marcano with whom I did a Mindfulness training. After more than 10 years taking pills to "control" those disorders with Mindfulness techniques I was able to free myself from those negative emotional states and have a happy and full life for some time.

However, the pandemic situation, seeing many delayed plans, more family problems, country situation and internal tensions took me back to that place I knew before. For several months I felt a bit depressed, but I thought it was mainly because of the confinement and isolation.

A trip to Caracas was the trigger for the return of my anxiety and panic crises. When I returned to my hometown I had the typical symptoms of high anxiety: fear, anguish, hopelessness, intestinal and stomach discomfort, tachycardia, physical tension, repetitive automatic thoughts, headaches and even eye pain. I was feeling really bad so I quickly decided to do something about it. 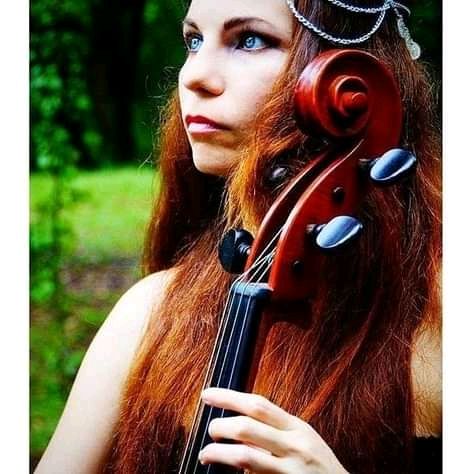 A friend of mine recommended a psychoneurologist, as I thought I might have a problem at the nervous system level, so I went to see him. To my surprise the doctor had a tool unknown to me. A machine to synchronize brain waves: Inner Wave, which can induce the brain to different waves such as alpha, theta and delta.

It is scientifically proven that the brain emits different types of waves depending on the state it is in. "The neurons in our brain communicate with each other by rhythmic electrical impulses known as brain waves: they are of five types or frequencies, alpha, beta, theta, delta and gamma. "1

"Delta waves (1 to 3Hz) are those with the largest wave amplitude, i.e. their frequency is very low. They are characteristic of the deep sleep phase, which is the phase in which we rarely dream".

"Theta waves (3.5 to 7.5 Hz) have the largest wave amplitude. They are associated with states of deep calm, relaxation and immersion in memories and fantasies, and also with the REM sleep stage, which is when we dream".

"Alpha waves (8 to Hz) are a type of brain wave that is more frequent than theta waves, although they are still associated with states of relaxation. For example, they can appear during walks in a park, lying on a beach or watching television".

The brain functions optimally in the Alpha state, you are in a state of relaxation but are aware of your surroundings. The human body is very favored with this type of brainwave, as the organs function in perfect harmony.

"In Beta waves (12 to 33 Hz) neuronal activity is intense. They are related to actions that require a certain state of alertness and agile attention management, such as a speech in front of a large audience, the process of answering an exam question, etc."

A higher frequency of Beta waves is associated with higher states of stress and anxiety. Therefore, it is important to look for tools to keep the mind in more relaxing frequencies such as alpha waves.

"Gamma waves (25 to 100 Hz) are the type of brain waves with a higher frequency and lower amplitude. They appear in waking states and their presence is believed to be related to the emergence of consciousness, the broadening of attentional focus and memory management". 2

This type of Waves is associated with states of greater creativity, happiness and even with experiences of spiritual mystical character.

It is important to note that all these waves are emitted in our brain, and when they work harmoniously we have an optimal state of health and well-being at all levels. Deficiencies or excesses of these waves can cause various problems such as attention deficit, depression, anxiety, lack of energy, among others.

At the beginning I was reluctant due to lack of knowledge to the treatment with the machine to synchronize the brain waves but after spending 15 minutes listening to frequencies and seeing lights I felt that little by little I was becoming me again. I thought it was great how through sound I could fix my "brain" so to speak.

After that, I found out that Dr. Elsy Mata Marcano was in my city again, since she lives in another place and I told her about my situation. She is a human capital trainer in Mindfulness, NLP and Coach and quantum therapist. She is also a spiritual leader whom I have been following for some time. I see her as a kind of heroine of my country, with a loving purpose to awaken the critical mass of Venezuela to make it a prosperous and conscious Venezuela again.

She is a person I admire very much and for whom I am very fond of. Kindly Dr. Elsy invited me to the inauguration of some new quantum medicine offices and offered me three sessions of quantum crystal therapy.

Quantum medicine works with the energetic and vibrational part of the being restoring its balance and bringing vibration, it is a complementary therapy to traditional allopathic medicine.

Quantum crystal therapy consists of calibrating the bodies through crystals previously coded and charged for healing purposes, some extractors and others to provide vibration while using sound frequencies to induce your mind to a state of calm and relaxation. With each session I was seeing a considerable improvement, coupled with the recommendations of Dr. Elsy and the disciplined practice of relaxation techniques.

I am still in the process of healing, but my anxiety symptoms were dropping considerably until I was reestablishing my balance.

Before my first choice would have been medication but this time I wanted to opt for another option and I have had very good results.

Obviously I had to make changes in my lifestyle, in my way of thinking and even in my emotional management but the sound frequencies were a great tool to induce my mind to restore its balance.

Singing as a tool towards wellness 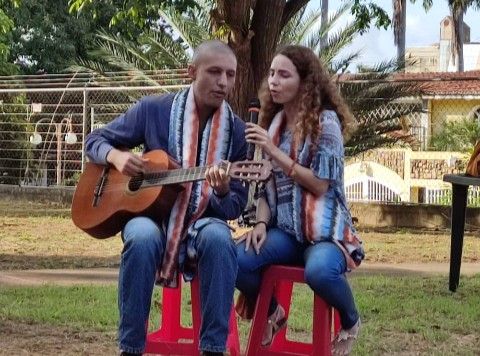 I also love to sing and to distract my mind I volunteered to sing in a music group in a church and it is something that has also brought me wellness. Singing cheers the soul and helps you express yourself better, you release endorphins and oxytocin, hormones that elevate your mood and give you happiness.

It has taken me away from the isolation and negative thoughts I had due to anxiety and reduced my stress. In addition to that, the social interaction and the good atmosphere generated by the other musicians has helped me a lot.

Singing is a very beneficial practice for the body and mind. Even if you have not studied singing or sing like a professional, singing is something you can do from the comfort of your own home and it will surely relieve your tensions and bring you joy. 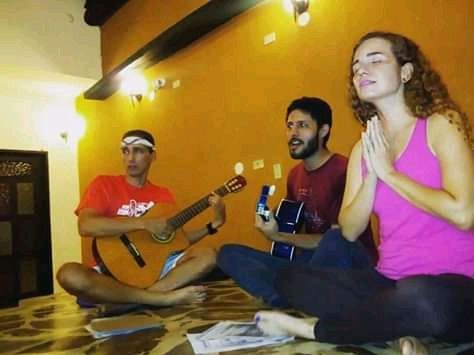 Since time immemorial shamans and healers have induced their patients to different states of consciousness through instruments, chants and sacred rhythms.

Music emerged as a way to connect with divinity and to tune into different states through rhythms and sounds.

In India a language was created that emits vibrations that resonate with the various energetic vortices of the body called chakras and also with the various organs of the body to restore and maintain the balance of the body, the Sansrkit language. The practice of reciting and chanting Mantras in Sansrkit is something widely used in India and for some years has been spreading this practice in Western culture for the many benefits obtained.

The sound transports us, brings out emotions and calms our mind. The universe and everything that exists, including us, emit frequencies and vibration. Sound is vibration, that is why we are sensitive to certain sounds which have the ability to restore our physical, mental and emotional balance and well-being.

I invite you to watch and listen to a part of my exploration with sound and voice as an instrument of healing through these videos:

Thank you very much for visit my blog!