I had harvested this twice, uploaded and formatted my photos, made three dishes, and eaten quite a bit of this tiny plant that I have always called, simply, wintercress, before I looked it up. What a lot of revelations I've had in trying to learn more about one of my favorite early spring delicacies!

All these varieties have a slew of common names, many of them overlapping varieties. Here is a partial list of its names: land cress, American cress, bank cress, black wood cress, Belle Isle cress, Bermuda cress, early yellowrocket, early wintercress, scurvy cress, creasy greens, cassabully and upland cress. Mother Earth News has a lot of great stuff to say about it, how to cultivate it, and even that it tastes good when frozen solid out in the winter snows. Varieties can be found in a great many countries around the world.

This stuff grows everywhere around here in New York State. Some sources call it invasive. I found it in the woods, in cracks between asphalt and brick, and poking out of a stack of bricks. But boy was I happy when I found that it had proliferated in my yet-to-be-planted vegetable bed! Most of the greenery in the photo below is wintercress. I could have let it go a bit longer, but that bed is slated for tilling this week. It was very easy to harvest - I just pulled up a bit on the whole whorl, and snipped it off from the roots with scissors. To clean, I picked off any leaves or twigs, and ran the whole whorl under water. After some online research, I decided that the wintercress in my yard is Brassicaceae Barbarea Verna, Early Wintercress, or Early Yellow Rocket. Mine has not bloomed yet, so perhaps I've got it wrong, but I will be keeping an eye on it, and on this link which has swell photos of different stages of flowering.

I found one source that says wintercress has no medicinal uses, but another that said it earned the name scurvy cress because of its anti-scurvy properties - it's loaded with vitamin C and vitamin A.

What I know for sure is that the variety in my yard is delicious, both cooked and raw. My kidneys are still functioning fine, and I ate quite a lot of this in the past 24 hours.

I came up with this first dish in a jiffy because I was hungry.

I had leftover mashed potatoes, which I got good and hot in a saucepan before placing three whorls of cleaned, but still whole, wintercress on top. I covered it all with a lid, and let those babies wilt on top of the mashed potatoes, for three minutes, with the heat on low. Then I slid the whole shebang onto a plate. I opened a jar of 2020's pickled peppers, popped a few slices on the plate, and that dish was filling as well as yummy! 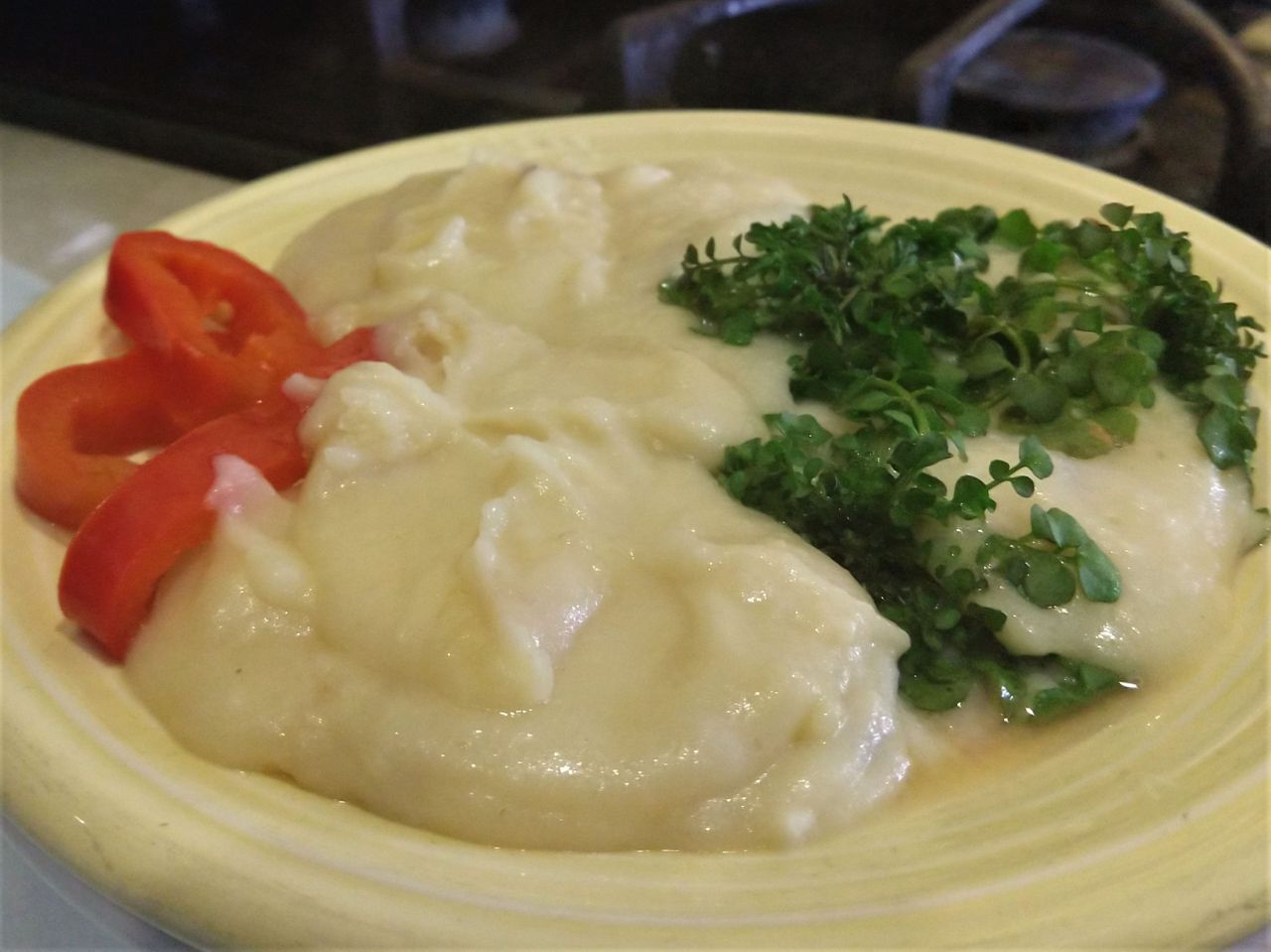 I really loved the way the wintercress cooked for this one. The whorls were small enough to pop them whole into my mouth, and the wilted, tender and very flavorful leaves joined together in a chewy center. Put enough water for one bowl of soup, an inch of dried kombu, a handful of fresh shiitakes, and a few chunks of ginger into a small saucepan. Let that all simmer for a few minutes. Then add a few whorls of wintercress and simmer it all together for another few minutes. Lastly, add one handful of precooked bean thread noodles and a couple good splashes of tamari to taste. That's it! Easiest soup ever made, and really good. If only I'd had some tofu... Almost any green would have done for this, but I was going for color, so I chose white endive as a base, tossed some wintercress leaves and very thinly sliced lemon rind on top, sprinkled it all with salt and freshly ground black pepper, then drizzled some good olive oil on top. When I'd gobbled up the last mouthful, I wished I had much more of it. Pine Pollen on its way!