Solstice to Solstice in a Tiny Veggie Patch

Since learning that @riverflows loves selfies in the garden, I figured out how to take one.

In this shot, you can see that my tomato plants now tower over me! And they are still growing! You can also see the break in my glasses that causes me to have to pop the lens back in every time I bend over. My next selfie will have new specs.

What you can't see, because I cropped them out, are my double chin, the spinach that was stuck in my teeth, and the blossom end rot on the tomato. More on blossom end rot later. 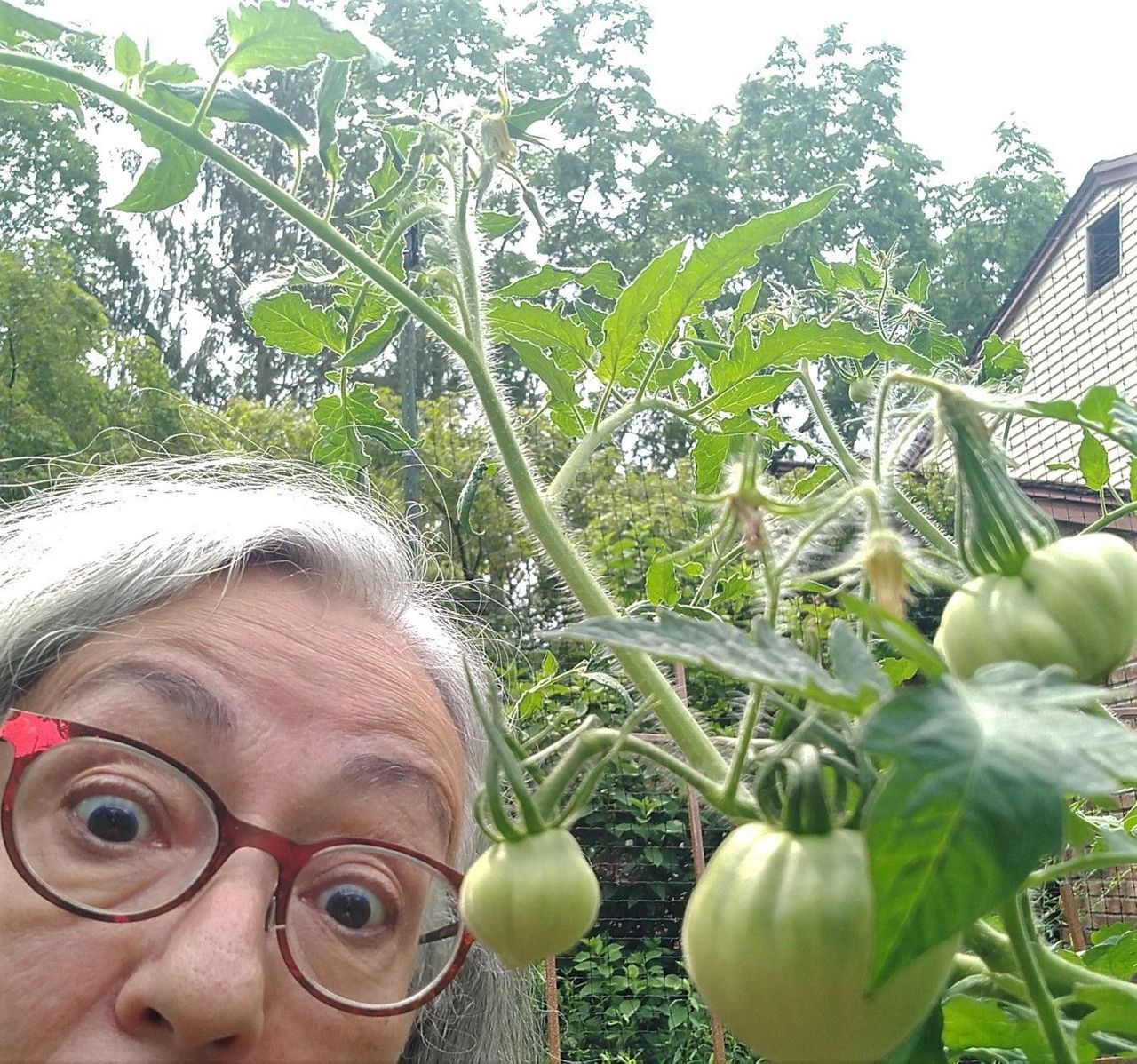 Retrospective Of My Veggie Patch Early May
My seedlings tucked in for a cold night I can't even get in there!

When I wrote my last garden journal, there had just been a spate of unseasonably cold weather, which my plants seemed to have weathered well. Turns out, I was wrong; damage had been done to my cucumbers and my tomatoes. Any fruit on the cucumbers withered and had to be cut off. It was weeks before I saw my first tiny tomato, so I think most if not all of the blossoms that were on the vines during the cold spell did not make fruit.

But I did get a fair amount of lettuce, a few servings of swiss chard, and even fewer handfuls of peas. I won't be planting peas again unless I have much more space - a 4 foot row of sweet peas did not produce enough to bother.

The Biggest Drawback of a Tiny Veggie Patch

When those tomato plants get going, they block out the sun to everything else! It's pretty silly that I have so many, since I don't even eat tomatoes very often. But all my seedlings survived, I could find no one to take any, so into the ground they all went.

Cucumbers are taking the biggest hit on account of my beginner's gardening skills. I knew they would have to go up to get enough sun, so I planned for them to grow up trellises. When they clearly did not want to do so, I tried to move the vines around and tie them up higher. Two days later, any vines that I had moved curled up and died.

Lesson for next year: let the cucumbers go where they want to. No doubt there are better structures for them to climb than the ones I chose - I don't think the vines could get a good grip on these. I have had a couple dozen fruits though, and I think I will get more, although my dreams of pickling have withered just like a good many of the cukes. Here's a shot from today of a couple coming along well, but you can see withered vines in the background. 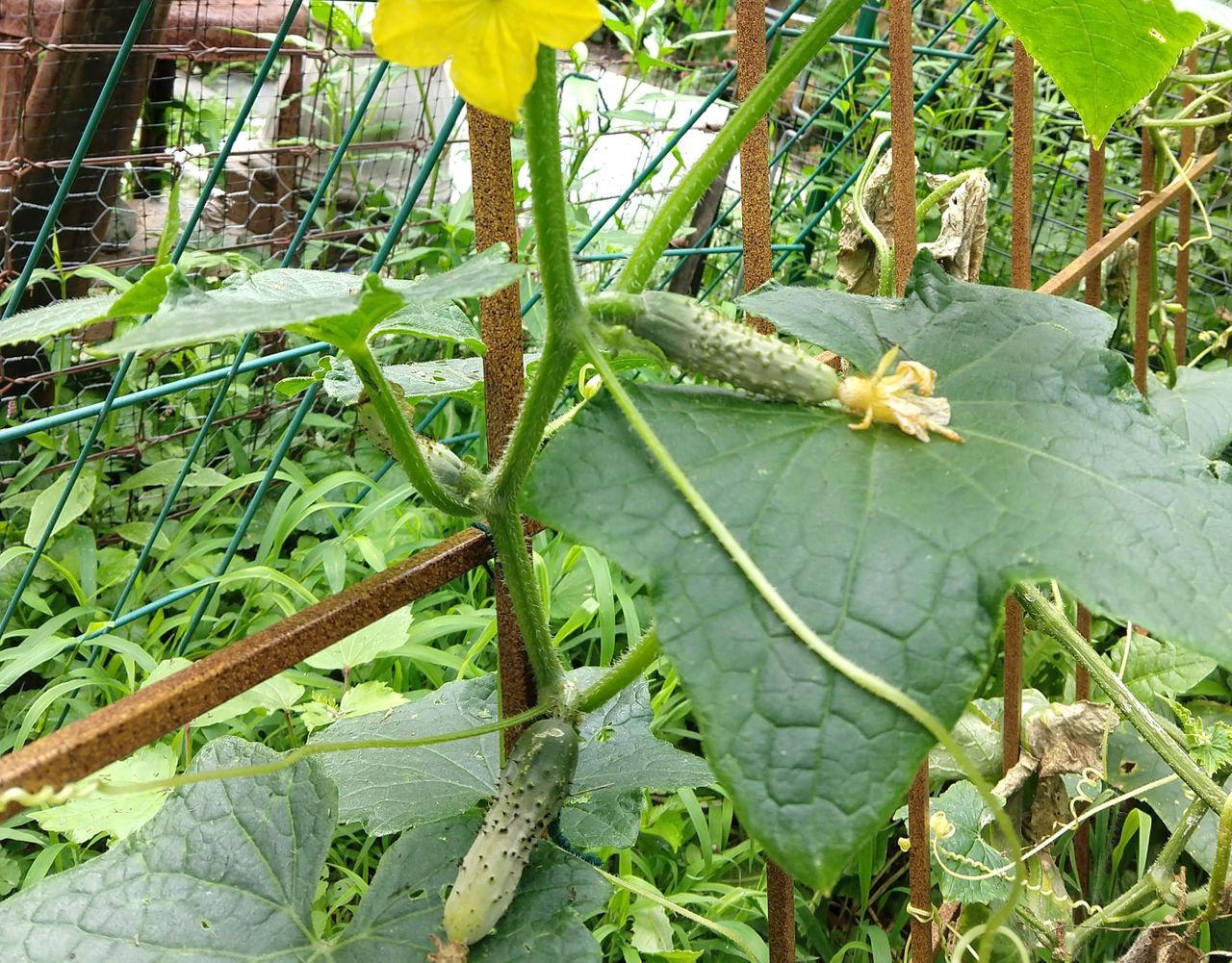 The Lesya peppers have lots of blossoms, so hopefully they are getting enough sun to produce a few fruits. The eggplant also seems to be doing well. Swiss chard is chugging along, and I thought it was happy, until my daughter showed up for a visit with armloads of the stuff from her garden.

Oh! The Zucchini! Lots of lessons learned there. I'd stuck a seed from a fruit I had left on my porch all winter into some dirt, and was surprised that it came up. I gave it a huge section in my tiny patch, knowing how large those plants can get. Unfortunately, the fruits are not getting any bigger than my pinkie, are then browning, and I have to take them off. I figured it was blossom end rot, until I read that self saved zucchini seeds often do not come true, and in fact can produce fruits that are toxic. You can see one in the lower right of this photo.

I will leave the plant because it's beautiful, but I no longer even check it for fruit. 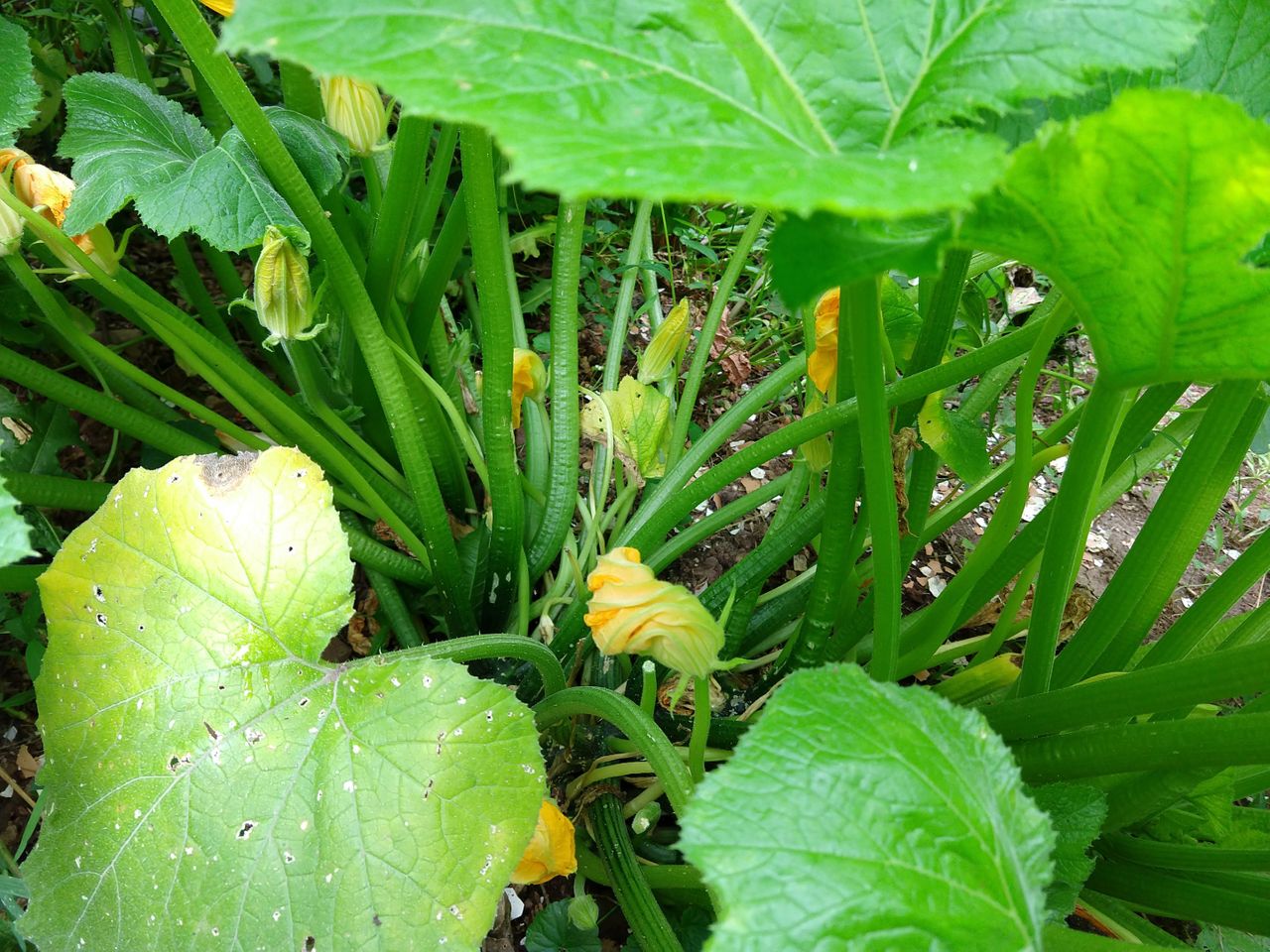 As for all those tomatoes, I found blossom end rot on a number of them today. I'd transplanted the plugs into soil with calcium, but I forgot to amend the soil with calcium when I planted those seedlings into the ground. I sprinkled a bunch around the plants when I remembered, but apparently not enough of it. I'll put more tomorrow, and hope I can save some of these tomatoes, now that my tiny veggie patch has morphed into a huge tomato patch. 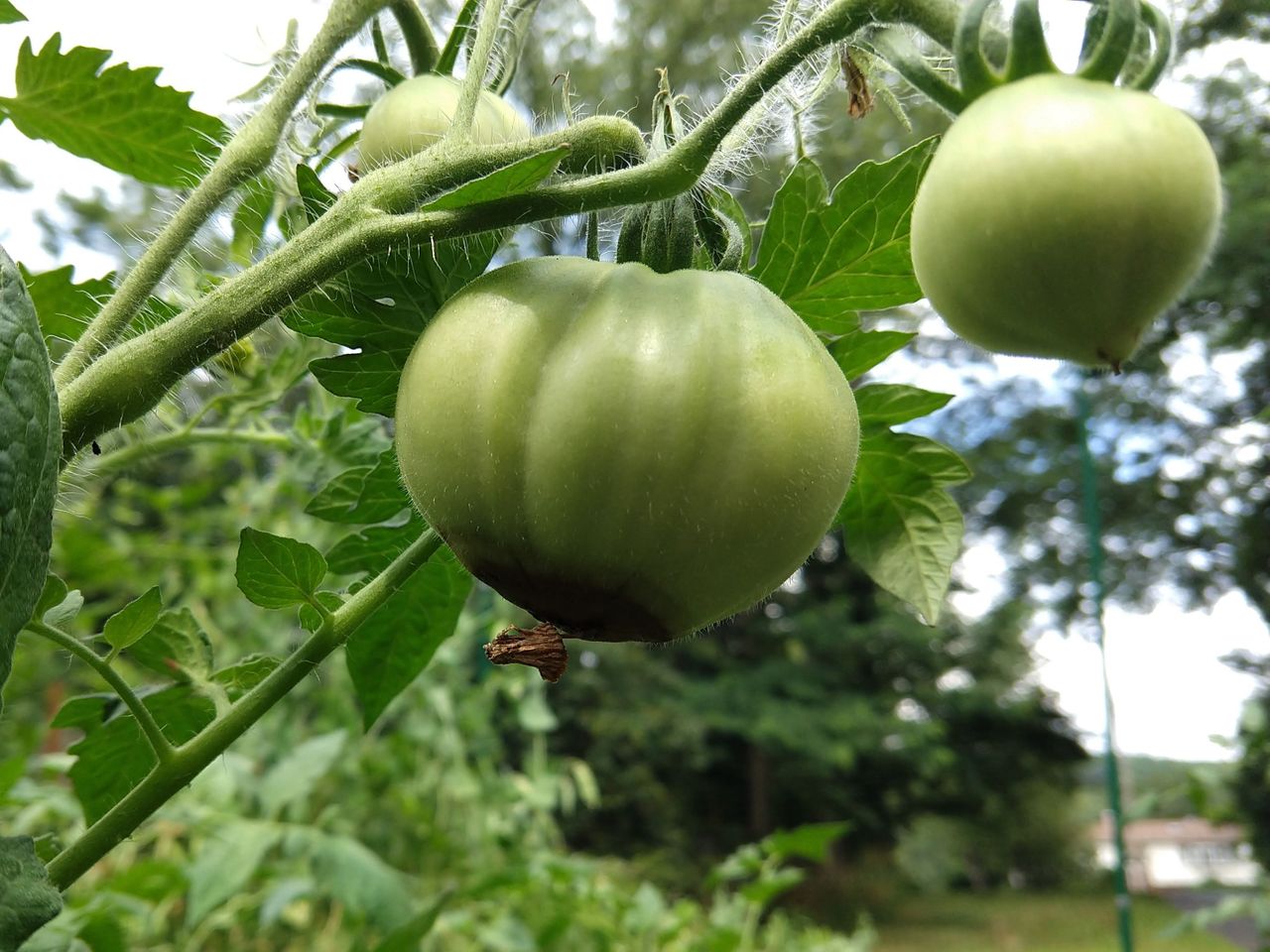 After all the work I did constructing a fence to keep out deer and ground hogs, which has worked beautifully, I learned that deer like geranium blossoms.

I'd left two pots of geraniums outside my veggie patch to adorn it. Yesterday this plant was gorgeous, today it is just sad. Into the fenced-in area they both went. 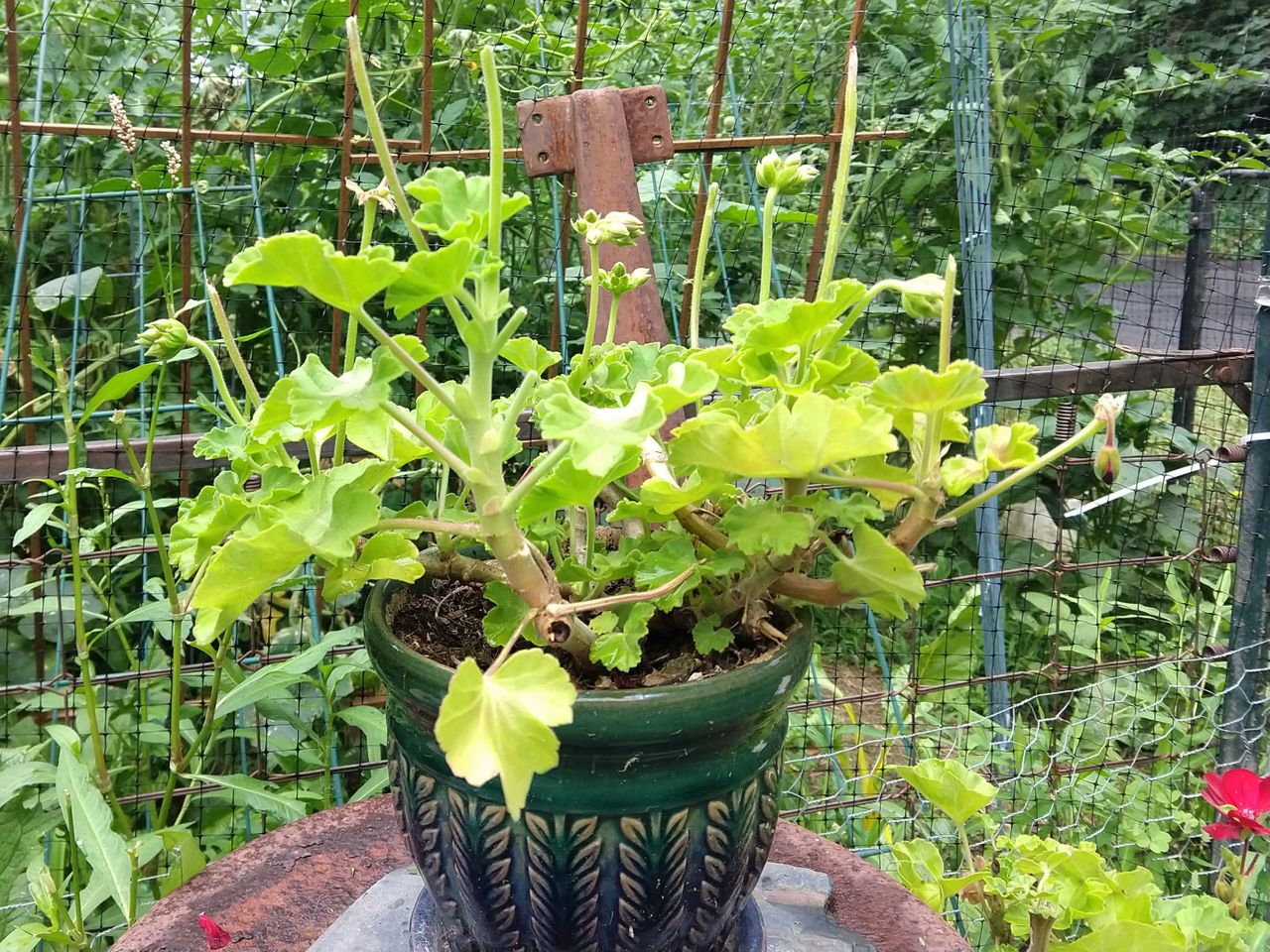 That's it for this month. I'm learning a lot, which was the point of putting the patch in in the first place. Next year!!!!

This is my entry to @riverflows monthly garden brag fest. Come see what the real gardeners have done!

Previous Garden Journals Of Mine