Fruit vendor on the side of the road

When I showed this photo to a photographer friend of mine, he gave me a short lecture about photographic language. He told me that since the man was looking into the enclosed space, it seemed that I considered him to be inferior to me. I knew nothing about semiotics. Nor did I know about the Rule of Gaze, but that was not what he was trying to point out. 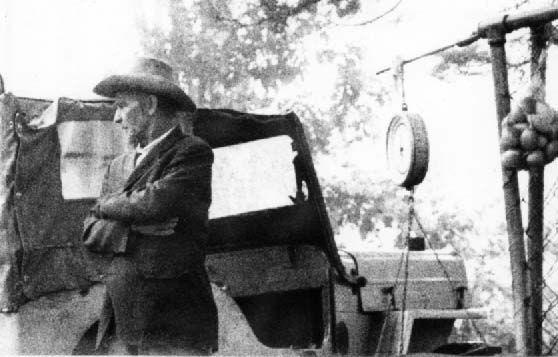 I took the picture from the backseat of my mother's car when she stopped to buy some vegetables from a vendor who was usually at the side of the road. I wanted everything to enter the frame and only had one shot. To me, it was more about street photography than portraiture. Maybe it was something in between.

Regardless of all the mistakes the photo might have, I liked it then and still do.

I took this photograph on December 7, 1997. The film I used was T-MAX 400, and the camera was a Ricoh KR-5 Super II. The only details I can provide about the copying are the following: I used glossy paper and made three copies with slight differences in the times of exposure for different areas. In the files I keep at hand, I only found two copies, but I suspect this scan is from the one I liked the most.