The world of HashKings has long been plagued by drought. Some theorize this might be related to the STARBITS-fueled Great Fire raging in the nearby world of Buskeria, but this has not been proven. What is known, however, is that cannabis farmers don’t have enough water to go around.

Farmers without water towers can only profit in this situation when seed prices are very low. The Blockchain Gaming Accelerator has been trying to help by selling as many seeds as it can, as we stake by far the most MOTA and thus receive the most seeds in each distribution. Unfortunately, this is not enough to widen the profit margins for grow-ops, but we have been biding our time. 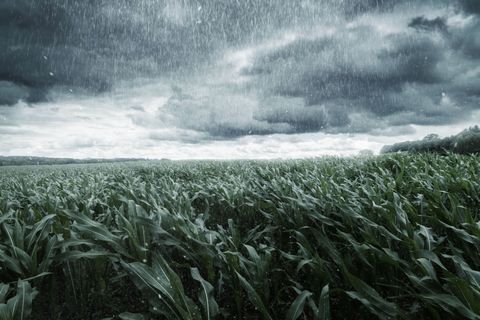 Just as the Great Fire of Buskeria began to die down, the rain drops started to fall. At first it was just a trickle, marked on Hive Engine with the first order from a new seller. Before long, however, it grew into a torrential downpour; the sky turned dark, and rivers swelled in size as the land filled with the sound of rain.

Nobody can say for sure how long it will last. Weather on the Hive blockchain can be fickle, sometimes a blessing and other times cruel and unforgiving. Meteorologists have tried to measure the recent deluge through the outputs of strategically-located water towers, but downpour seems to come in waves with no real pattern.

While agricultural planners are struggling to come up with a plan, independent farmers are treating it as a blessing. Life-giving water now flows to the parched regions of South America, Mexico, Africa and Afghanistan; the cost of farming for those without their own water towers has been reduced dramatically, and somehow plants are still getting enough sunlight to produce the same amount of BUDS as before.

Meanwhile, the price of BUDS is still relatively high. This has created an environment of unusually high profit margins, especially for the have-nots who are just getting started in the virtual cannabis farming business. We hope you’ll join the fun.