greengalletti68
a month ago
inStock Images Cities take on a different perspective with the arrival of the first twilight of the night.

After missing many countries of my native country - spent in Europe - when I returned, a couple of years before the pandemic, I discovered a whole series of new words in the imaginary new Spanish dictionary.

One of these words (which I had never heard of before) is tarde-noche, to represent that period of the evening when the sun sets definitively but there is still a minimum of clarity on the horizon line that allows us to see objects, big or small, from a different perspective.

In my last trip to Barcelona, and of which I will publish a series of posts in other communities, I was able to get some pictures of this aspect of the day, with remarkable effects.

And under the title "When the shadows begin to envelop Barcelona" here I show them to you.

Emblematic, the first photo that illustrates this post could not be other than a panorama of La Sagrada Familia when the shadows of the night are enveloping it. The trees in the squares are presented as a different image. 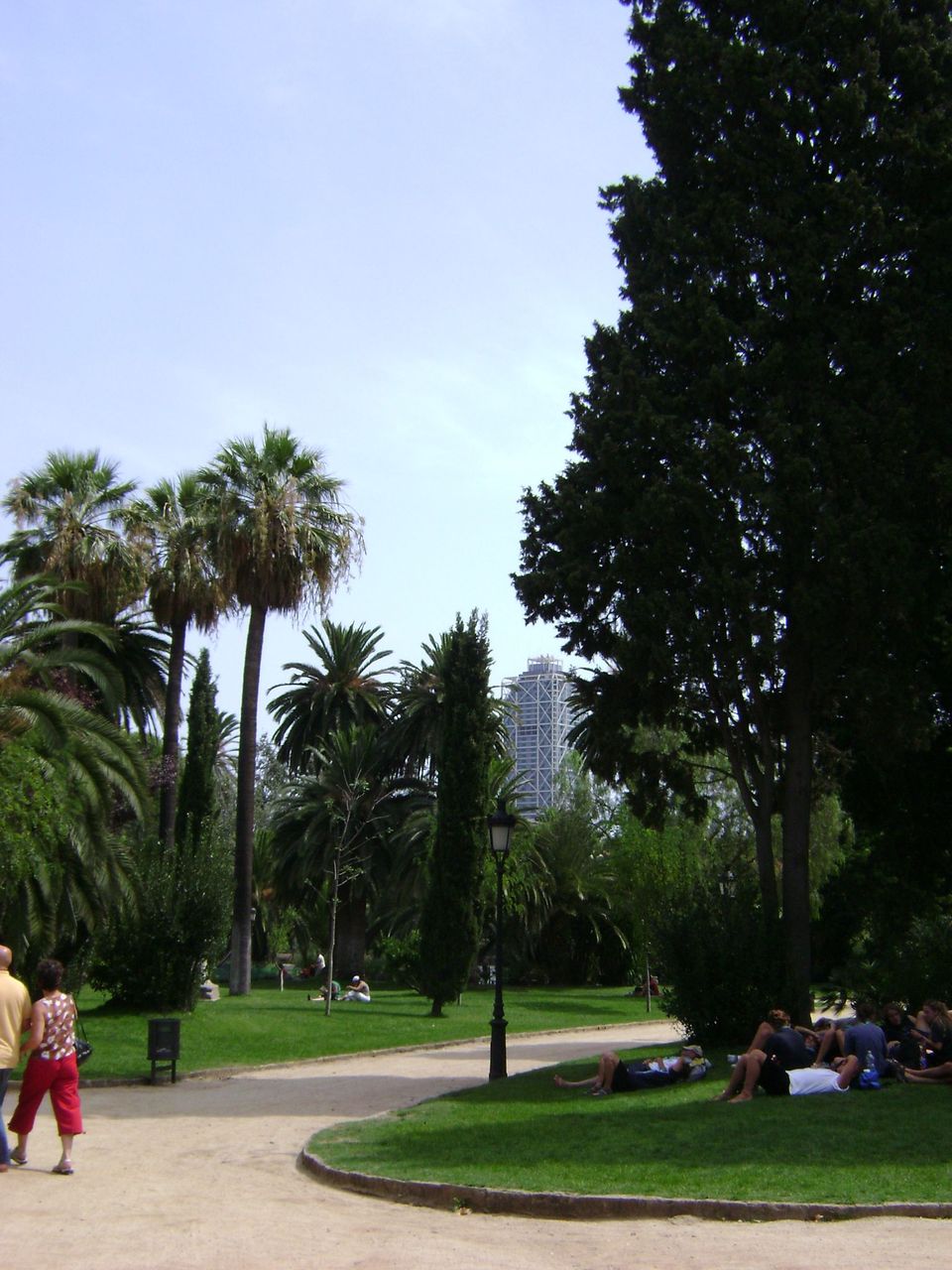 The facades of the buildings in this first plane are covered with shadows.

While a statue (or gargoyle) watches over our steps from the heights and in the darkness... The monuments cover some of their contours with shadows, giving them a surreal and ghostly image. The shadows of the twilight begin to invade Barcelona, the Condal City. The profile of some monuments is beginning to change. The centennial palms of Guell Park leave only a glimpse of their silhouette between the last rays of daylight. Even the imposing facade of the castle that houses the Catalan Zoology Museum gives a somber and different aspect to the bustling daytime Barcelona. Letting you see the activities of the last daytime adventurers who are not resigned to leave the park.

While narrow alleys begin to block out the sunlight. A Roman-era arch begins to lose the effect of its millennial coloring. Until it is gradually left in twilight. Leaving only a row of pine trees still exposed to daylight. While the Sagrada Familia, the eternal guardian of the city, watches thoughtfully and mysteriously as the shadows of night begin to envelop Barcelona.