A walk around the reason why war should stop at all costs, before it ends here. 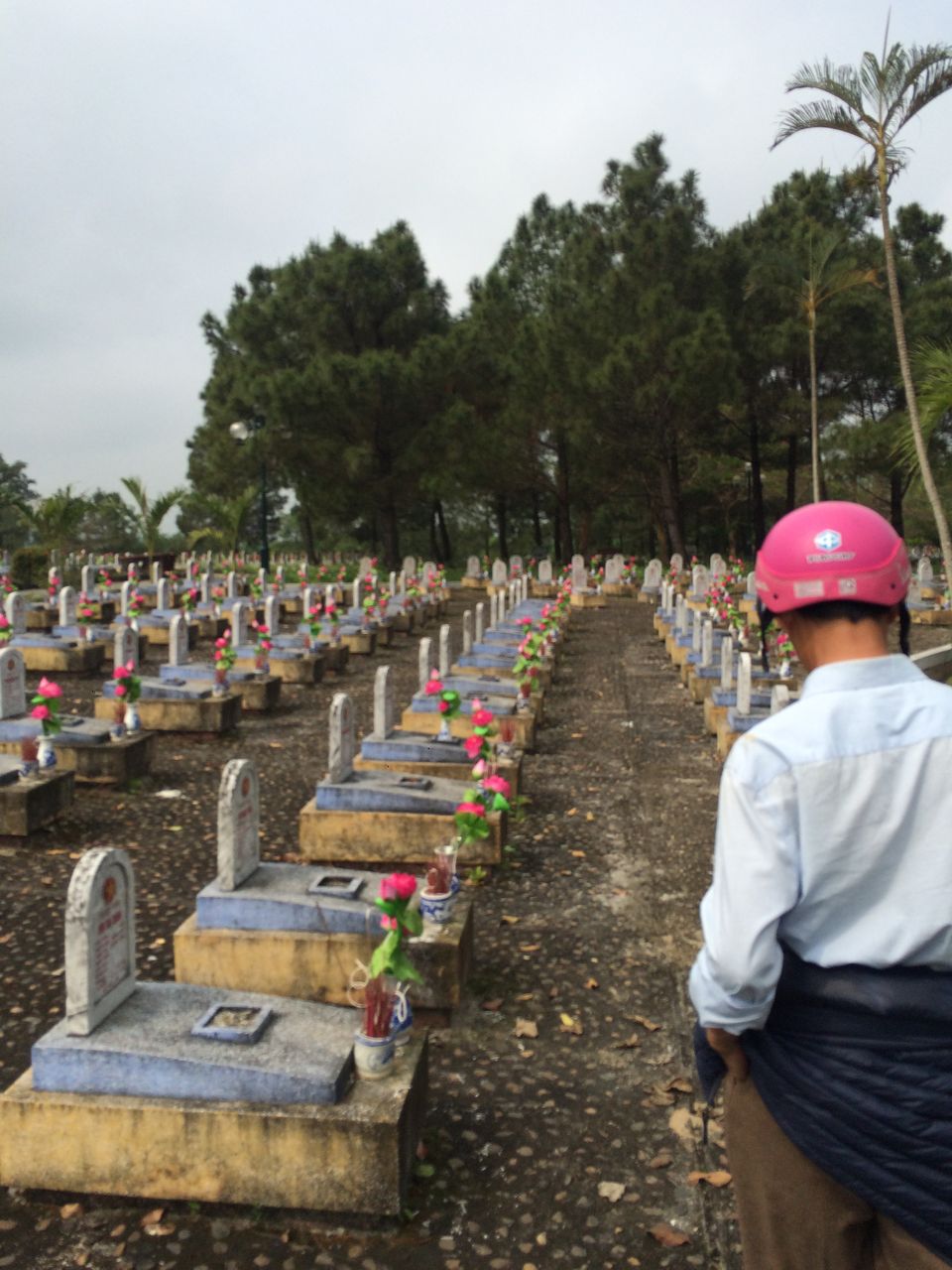 I took a trip down to the demilitarized zone with a veteran. Who took me close to the dividing line between north and south Vietnam. The north was 'communist' and the south was 'capitalist'.
Our first stop was the cemetery, to see the amount of people who died here, who suffered and were buried fighting for their country. 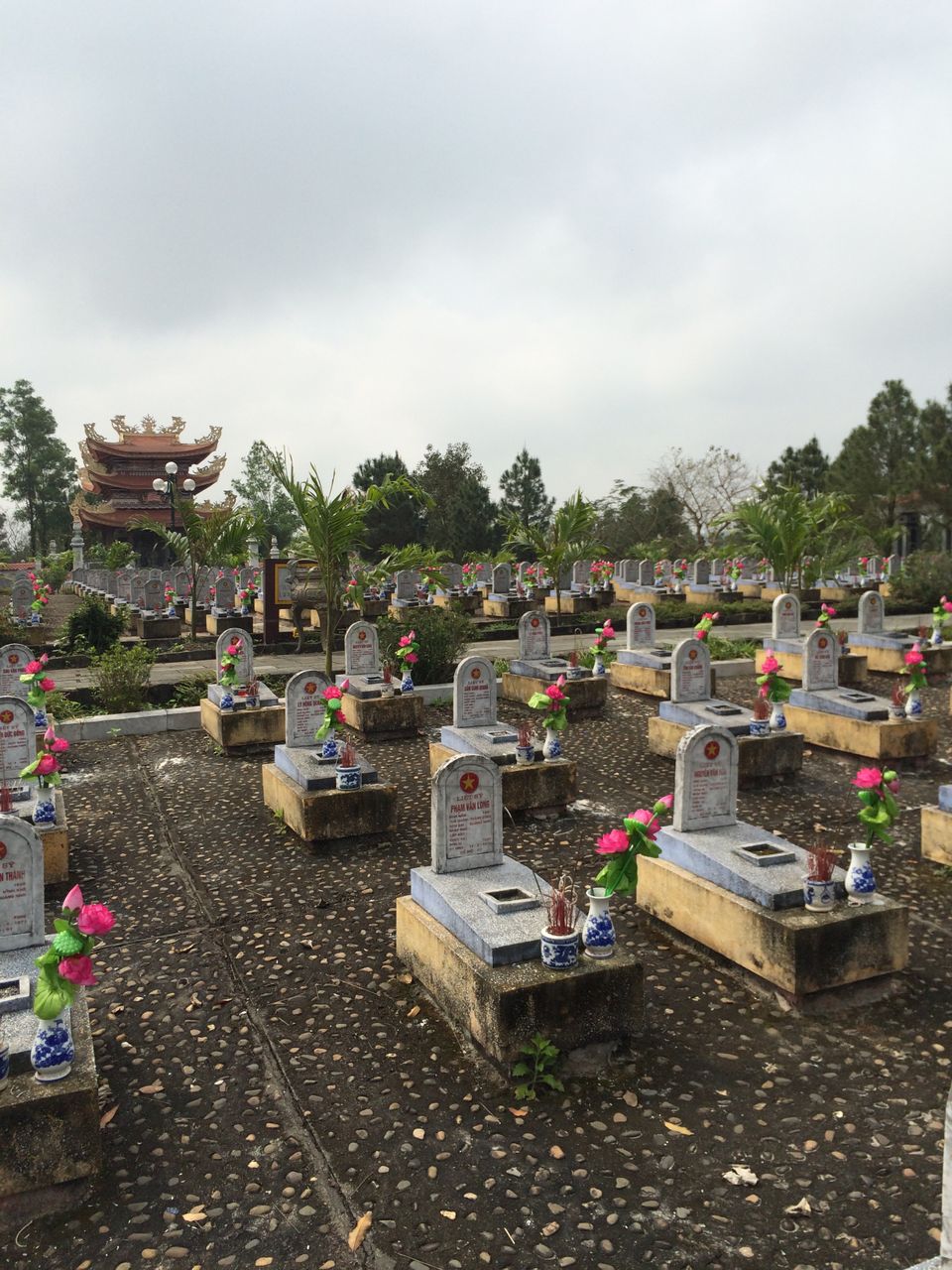 It was nice to talk to someone who could give me perspective on the place and time. The reason for fighting and the mode to which they did this. He was touched by the war as the after effects linger on long after the bombs have all fallen. 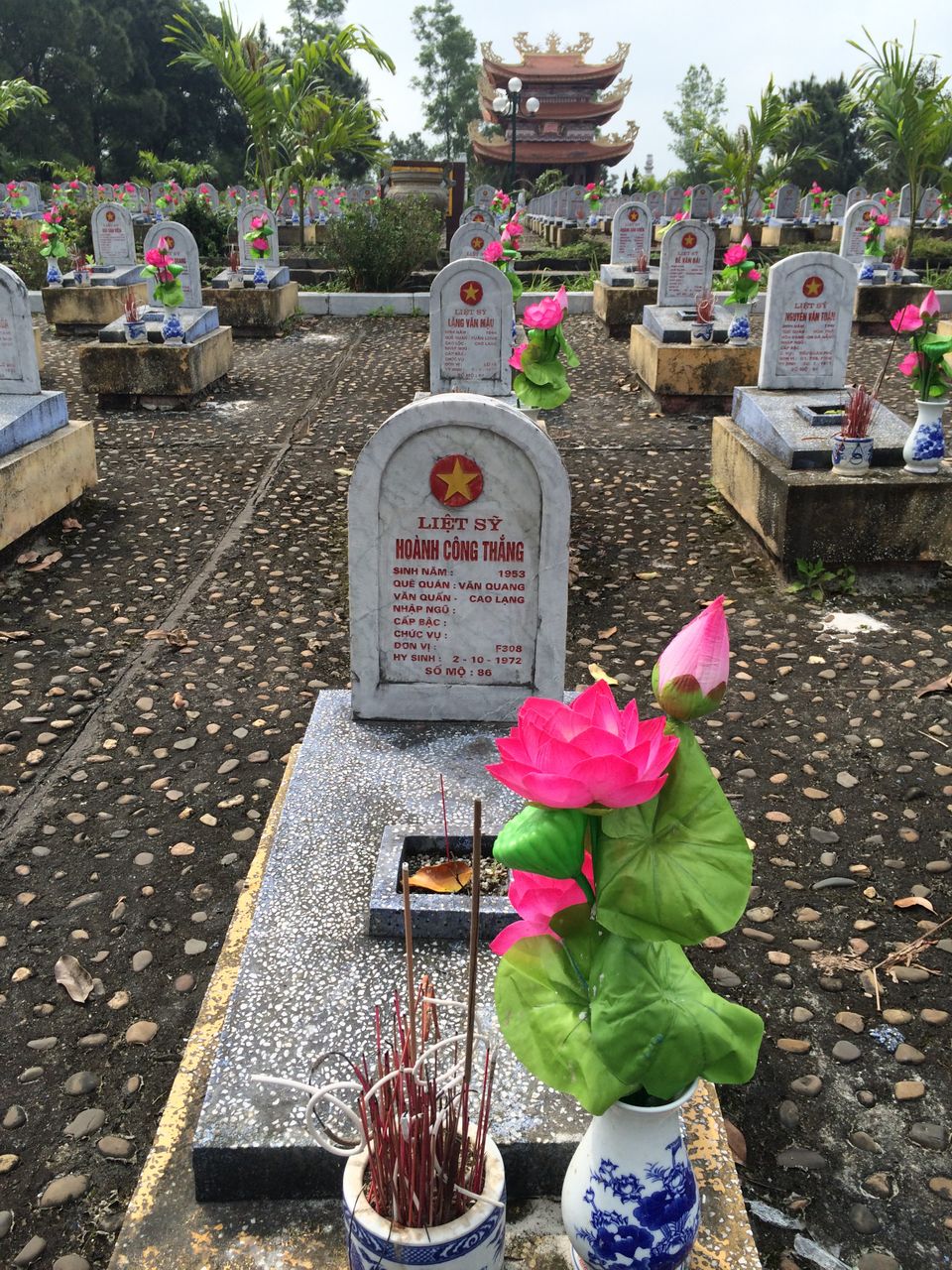 The many graves not only containing one body but a few are lined up along this place where many tears have been shed. 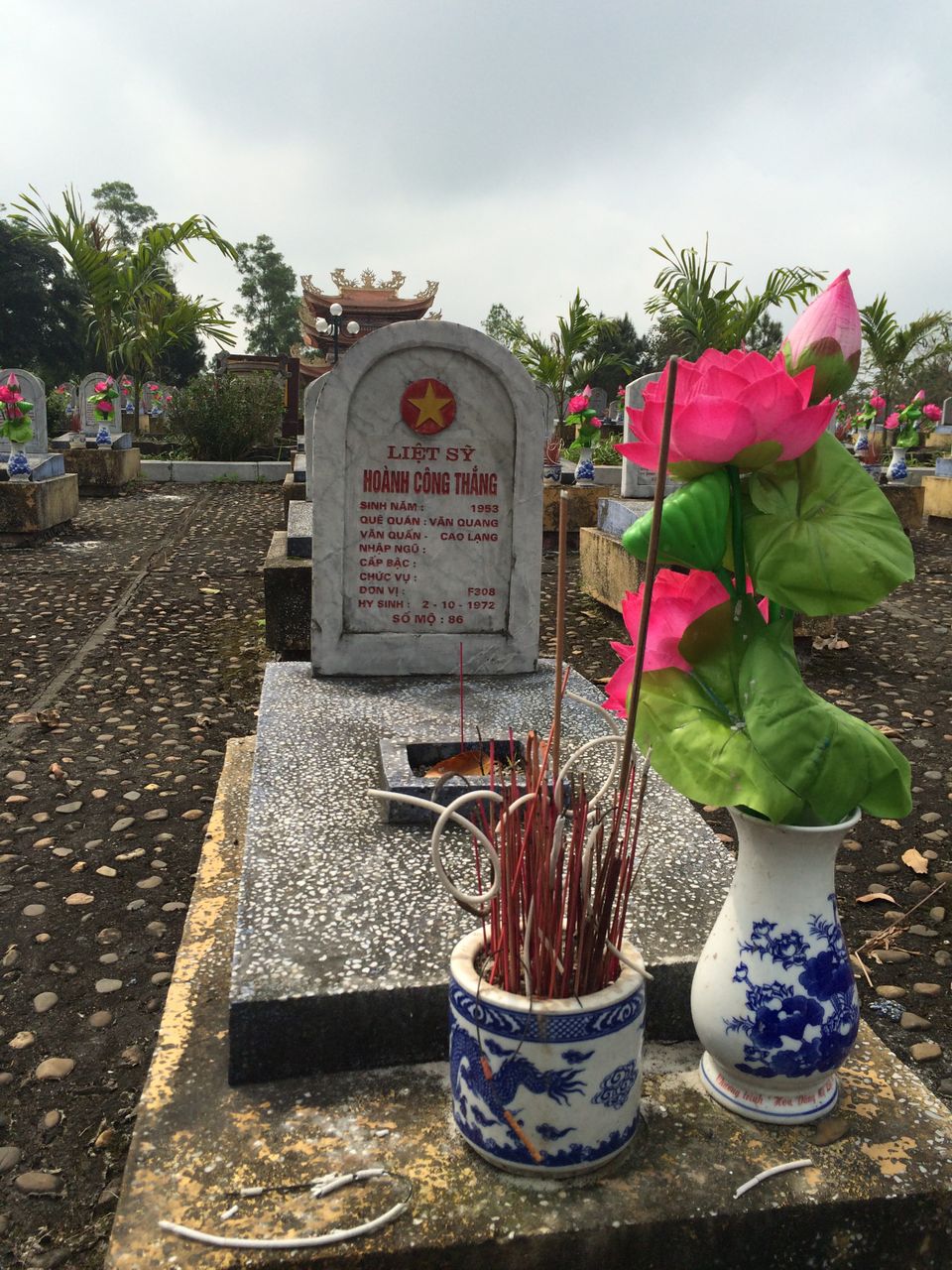 There are so many tombstones that it is over whelming to see what went on. More and more and more. Not to mention those that were not found and did not make it into the grave but were maimed and shattered along the way. The continue on scared and maimed for the sake of freedom from an oppressive outside conniving force.

The pictures do not do it justice and there is more on there way, more on the reason and ways that this place exists. A monument to the errors of what humanity can be when they do not want to live and let be. 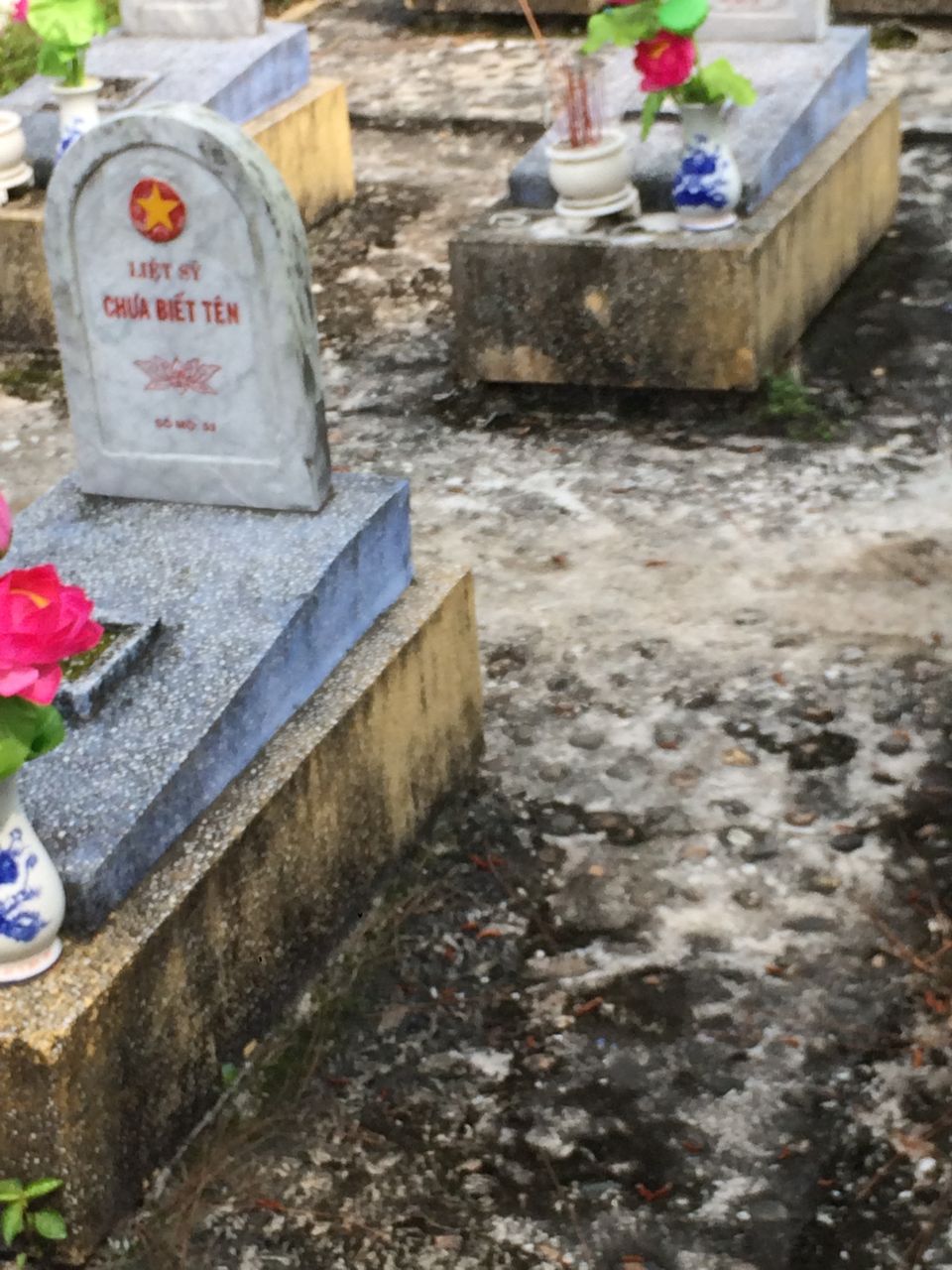 Thanks for wandering in Quảng Trị ,where those who forgot and won are buried in the thousands. This is not even those that were never found.

Check out Pinmapple for my map of places that I have been and will go back to in time.