Whew! One course done and four left. I'll admit at the beginning it seemed at least a little intimidating but I've found the effort is well worth it. 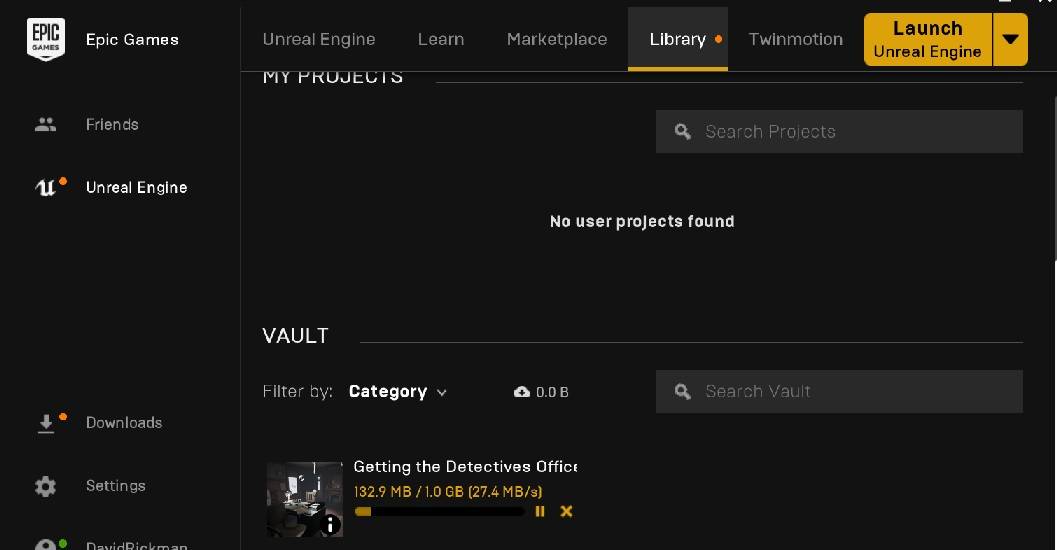 First, the course author Justin Mohlman did a great job. I had two main issues but those were on my end.

Being legally blind it was sometimes difficult to keep up with what was going on with the video presentation. I had to pause and replay quite a bit. The resolution was pretty good so it wasn't too hard to figure out what was going on. The hardest part was following along and figuring out how to disable rendering of the gun asset. That part wasn't as clear to me but after about 15 minutes I finally had it solved.

My other main issue was when the instructor used Autodesk Maya to block out the scene for scaling and flow. My preference is Blender since I already have that installed as a 3D graphics toolset. That's less of an issue since the competition is for learning Unreal Engine. The official rules allow me to share an image of the final course completion badge without submitting a screenshot of a project. As long as I watch the course videos and pass the quizes I am still in the running for the competition.

Since the competition has a deadline I can always go back later after figuring out how Blender is to be used rather than Maya. As long as I am going to be tweaking with Blender I also want to do a different set dressing. The course was "Build a Detective's Office Game Environment" which is nice and makes me think of Picard's Dixon Hill holonovels but that really isn't my style. I'd rather make it a futuristic science research laboratory. That would require coming up with some different assets for the game environment but I am sure it would be fantastic.

Applying what I learned I need to make a project brief that outlines the summary of my project idea.

The above brief could be subject to change of course whenever I get around to making it. It utilizes most of the basic concepts that are also used to create the detective office environment.