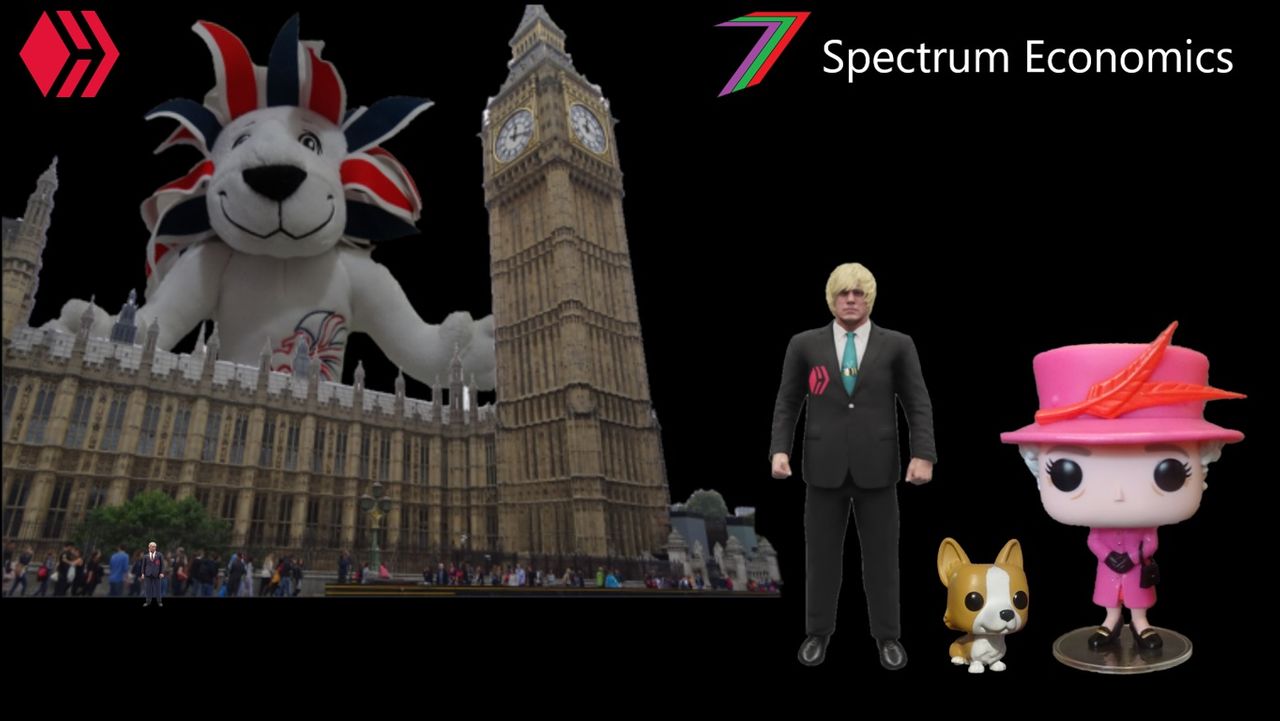 There are many possible political systems. Some of these are as follows:

Political systems that are not democratic or ever claimed to be offer little in regards to freedom. They are run by groups of powerful individuals who often claim to be superior to people outside of their structure. They claim this because they have been chosen by god/s (e.g. theocracy) or because of a special birthright based on family bloodlines (e.g. monarchy). Some leaders take power through force such as a military takeover. They rule because people are afraid to resist them. Some take power through charisma and manipulation. They are able to convince people of their superiority; therefore, they should have uncontested leadership and control. If people have no say in how there society is governed, freedom cannot exist.

Arguably, societies with democratic political systems should offer more freedom to its people. Increased democracy enables more people to have a say in decision-making. Of the above-mentioned political systems, direct democracy provides the most opportunity for a highly democratic decision-making process. People are enabled to have a direct input on decisions. However, direct democracy does not exist in its purest form. The Swiss political system is closest to a functioning direct democracy but they only have around 4 referendums in a year and only about a dozen initiatives are voted upon (Quora). Therefore, the Swiss system should be fundamentally considered a representative democracy. A full direct democracy is impractical because of the resources (e.g. time and money) required to make decisions. Therefore, referendums are reserved for decisions deemed most significant by the public. 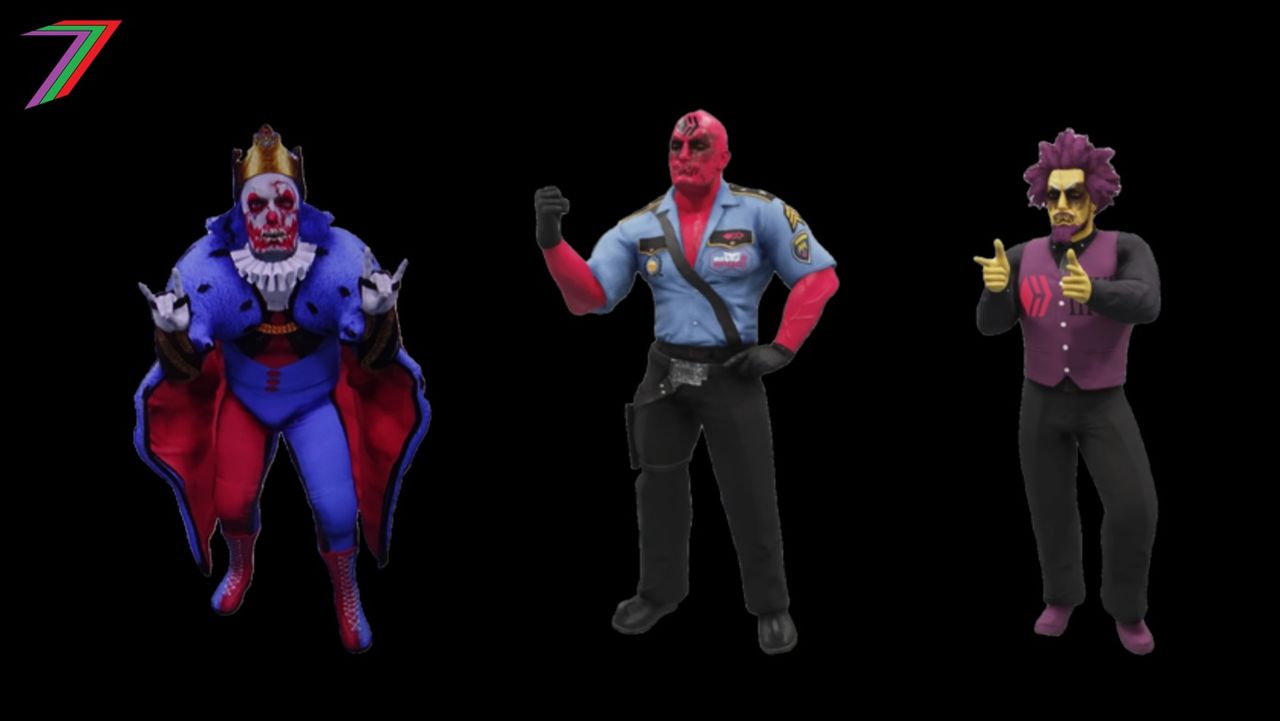 In terms of structure, it would appear the US political system has greater separation of powers than the UK system. Members of the Senate, the House, and the Presidency are determined in different elections and often at different times. This should spread power across many different people as well as reduce strong sentiments that might be present at a particular time. This does not work particularly well. This is because the US is a two-party system that runs across both the Legislative and Executive Branches. If one-party controls both the Legislative (House and Senate) and Executive Branches, Government action can be made with close to no impediment and little scrutiny. If one-party controls the Legislative Branch and the other the Executive Branch, Government action can be greatly limited (e.g. bills blocked and policies not funded). This is not due to greater scrutiny of actions. It is because representatives and senators typically vote based on party politics.

In the UK system, separation of powers is very limited. UK is fundamentally a two-party system (i.e. Conservatives and Labour) with minimal representation from smaller parties such as the Scottish National Party, and Liberal Democrats Party. It is only realistically possible for either the Conservative or Labour Party to form Government. This will occur as an outright majority (more than 50% of the seats) or as a coalition with one or more of the minor parties. If a party has an outright majority that party has control over the Executive Branch as the Government and Legislative Branch by holding more than 50% of the seats in parliament with their members of parliament pressured into voting with the Government. As a coalition, the Government may not be able to control the Legislative Branch as they do not have more than 50% of the seats in parliament and will need to rely on both 100% support from their own the party as well as continued support from the parties in the coalition. If the Government are unable to do so, the opposition party could block legislation based on party politics.

The House of Lords are another chamber of the Legislative Branch. However, they have limited power. They can delay but not block legislation. Legislation also requires royal assent (i.e. approval by the Monarch). This is treated as a formality. For centuries, all legislation has been signed off by the Monarch but, in theory, it could be blocked. The British Monarch is Head of State of over a dozen other countries and is represented by each country’s Governor-General who typically gives royal assent to legislation. 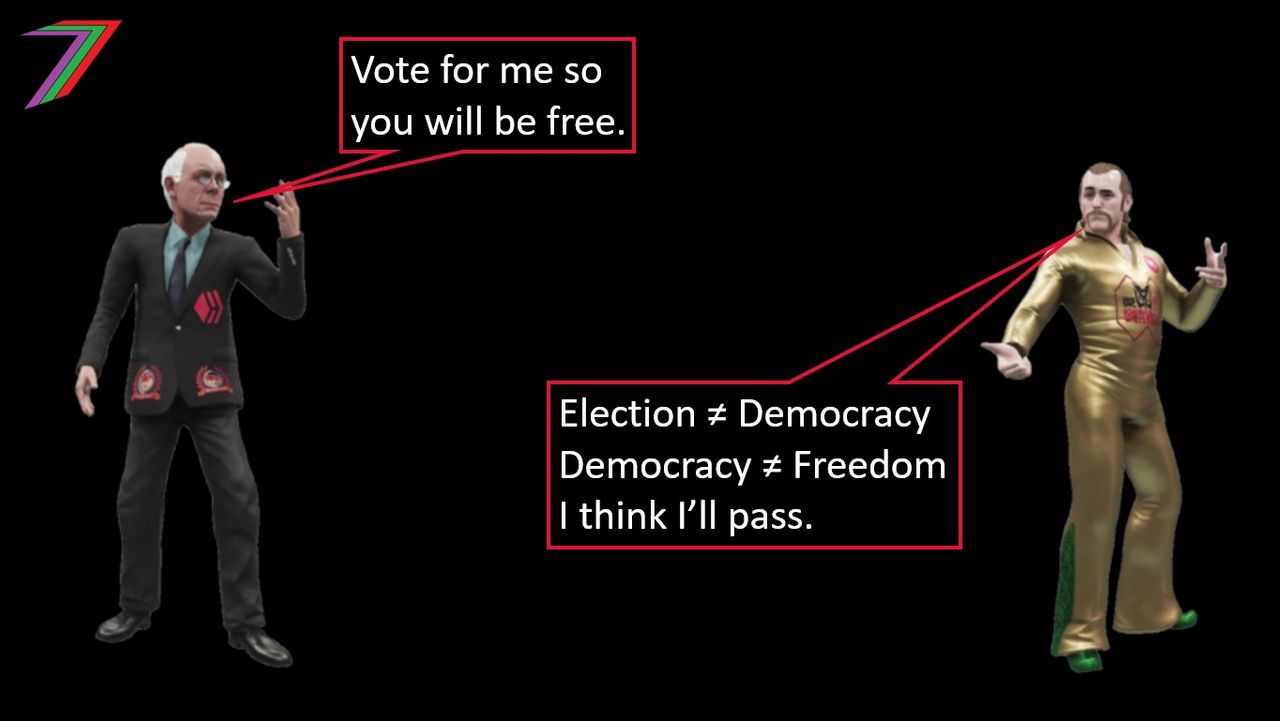 Existing democracies are representative democracies. At best, people have a direct voice through elections (somewhere between every 2 to 6 years depending on the office and/or the country) and an indirect voice through elected officials. People have no direct say in policy making or legislation. Instead, they need to trust elected officials to keep promises and to honestly represent them. People can unofficially respond through peaceful protests, opinion polls, and the media. These actions plus the potential loss of votes could be sufficient incentive for elected officials to honour their duty to represent the majority who elected them.

For the best case scenario, for democracy to enable freedom several important conditions need to be in place. The people need to be well informed regarding their elected officials proposed actions and the most likely consequences of these proposed actions. The system needs to be sufficiently decentralised so that the needs of smaller communities and minority groups can be addressed without negatively impacting the majority (e.g. local officials need to have sufficient authority to respond to their community). Elected officials need to have sufficient visibility and contact with the people to adequately obtain feedback and input. People not holding office (e.g. opposition candidates) need to have sufficient visibility to challenge elected officials, to scrutinise their actions as well as show consideration for voters of the losing candidates.

Democracy could support freedom but there is a significant amount of trust required to hold everything in place. Elected officials need to be trusted to do as they claim. Opposition need to be trusted to hold them to account. Media need to be trusted to enable transparency as well as help represent the grievances of the people. This trust needs to occur at all levels with the greatest trust required of those at the highest and most centralised areas in Government. Trust can be broken at any time. If freedom is based on trust, it becomes very fragile. To protect this fragility, freedom may come with conditions. As these conditions increase, freedom diminishes and may disappear altogether.

Even under the best case scenario, democracy does not guarantee freedom. We do not live in a world where this best case scenario is prevalent. Elected officials, opposition, media, etc. can rarely be trusted. They have secured themselves in a system (two-party or resulting in akin to two-party) that enables them to mislead and deceive the people while rarely facing any consequences.

Freedom lost because of over dependence on trust has broader consequences. If we cannot trust elected officials to value our freedom, we cannot trust them to care about our interests in other areas. A lack of freedom prevents us from protecting our own interests. Thus, putting us at the mercy of elected officials who have already betrayed our trust. Representative democracy supports a system of them (elected officials and the broader establishment) versus us (majority of people). Their goals and our goals are rarely congruent but their goals are prioritised as they run the system; they preserve this by creating the illusion that the system works for us.

To overcome the threat that representative democracy presents in its current form we need to remove the need for trust. We need a system where trust is not necessary. A system where people can act in their best interest with minimal impingement on others. A system where putting our own self-interest first can align with maintaining and respecting the interests of others.