So far, the areas I have covered in this series have had easy to define broad outcomes. The health outcome is better health. The crime outcome is reduced crime. The education outcomes are improved quality and availability of education. For migration, it is less clear-cut. Migration can be divided into immigration and emigration. Immigration involves people moving to a country to live and emigration involves people moving from a country to live in another country. Net migration is the difference in the number of immigrants and the number of emigrants. If there are more immigrants than emigrants, net migration is positive. We cannot broadly pursue either increased or decreased net migration because there are many difference reasons why people migrate.

What are desirable migration outcomes? In my post Free movement of people, I discuss extensively the advantages and disadvantages of various types of migration. The reasons for migration can be broadly categorised under pull factors and push factors. Pull factors could include better job opportunities, climate, government (or lack of), culture, laws and regulations, etc. Push factors could include war, poverty, corrupt government, famine, bad foreign policy, racism, radical culture or religion, etc. For both immigration and emigration, pull factors are generally desirable and push factors are generally not desirable. Mass emigration is a strong indication that a country is no longer an acceptable place to live. Mass emigration can further add to these problems if:

The above threats are explained in my post Free movement of people.

Artificially inflated pull factors, which cause mass immigration, such as excessive welfare benefits can be very harmful to a country. The welfare benefits become the attraction rather than the opportunity for mutual gains. Pull factors from a mass abundance of a resource can cause mass migration. For example, the discovery of gold. This could lead to initial mass immigration to drain the resource, which is then eventually followed by mass emigration once the resource has been drained.

Moderate changes to net migration is normally healthy and in many cases desirable. A country could have a skill shortage in a particular area. Migrants are attracted by job opportunities created by this shortage. A country could have excess of a particular skill. Instead of creating unemployment, those with that skill could move somewhere else where there is a shortage of this skill and is desirable for other reasons.

What is within a country’s control and what is not? A country can sometimes indirectly influence both push factors for immigration and pull factors for emigration. Countries have foreign policies that affect other countries. The foreign policies of large powerful countries or trade blocs like the USA, China, European Union (Trade bloc), and Japan can significantly affect smaller countries. Tough restrictionist policies would hurt these countries while facilitating open trade would help them. Small countries that are particularly well endowed in some resources (e.g. oil) but have very little of other resources (e.g. food) are the most vulnerable to restrictionist trade policies. War also has a huge impact on migration push and pull factors. Countries often offer support to one side at the expense of the other. This can be as damaging to another country as directly waging war with them.

How can we apply the prevent, solve or manage approach to migration? 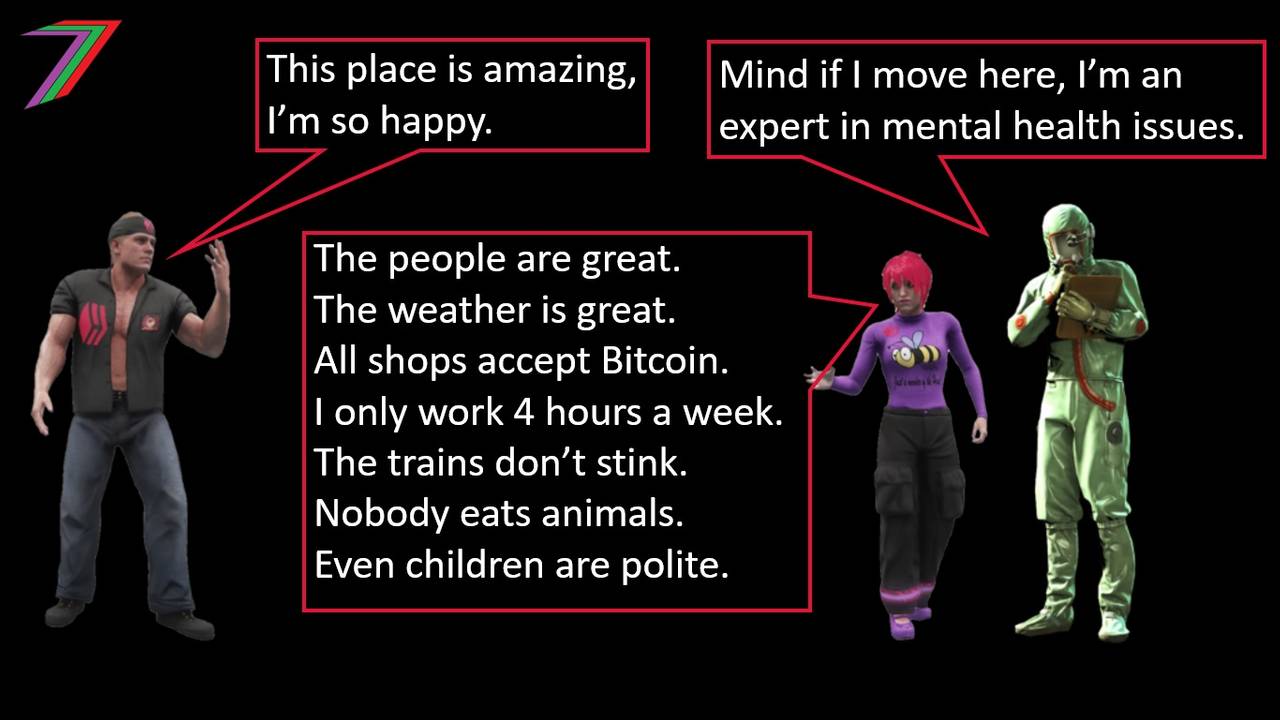 The prevent approach should be focused on maintaining the desirability of a country, town, or community as well as not reducing the desirability of other countries, towns, or communities. Pull factors for both immigration and emigration are desirable. Attracting people who want to join a community is desirable. They believe the community has something to offer them and they are likely to be able to offer the community something in return.

The prevent approach could also focus on maintaining good relations through mutual support and free trade. This could lead to free movement of people and an exchange of human capital. Each country could address each other’s needs for the benefit of all. The solve approach requires the identification of the types of migration problems a country, town, or community are facing.

The next step involves understanding why these problems are occurring. The following are a few possible underlying problems/reasons that a country, town, or community could have migration problems.

The next step involves determining the extent of influence a country, town, or community has over these underlying problems. If the country, town, or community has significant influence, it will be possible for these problems to be solved. For example, it is possible to learn from poor decisions and therefore make better decisions in the future. If the country, town, or community has only some influence, it will be difficult to solve these problems. For example, if another country is experiencing a bad drought. A response could be to offer aid so that mass migration is less necessary. There will also be situations where a country will have no influence over another country’s circumstances. For example, if another country has a civil war. Any form of interference is only likely to make the problem worse. As discussed under the ‘Solve’ approach, some problems cannot be solved as we do not have sufficient influence over them. Instead, these problems need to be managed to reduce their impact. For problems occurring within a country that cannot be prevented or fully solved, there is normally some method of managing them. For example, natural disasters typically cannot be prevented but responses and preparation for these disasters can reduce the impact. Managing problems that occur in other countries is normally more difficult as other countries have more influence over their own problems.

Immigration policy intervenes with the natural flow of migration. It is applied or changed, if it has been deemed that too many or too few people are immigrating or if people are deemed to be immigrating for the 'wrong' reasons. Foreign policy and trade dictates how a country interacts with other countries. Good foreign policies can help create strong mutual benefits, which can help prevent the conditions that create mass migration.

Where does migration fit into the Prevent, Solve, or Manage Model? As with many of the other areas discussed in this series, the priority of ‘prevent’ followed by ‘solve’ followed by ‘manage’ should be applied to migration. One of the biggest problems with migration is determining the most desired outcomes. In many cases, migration is not a standalone problem. Migration problems occur because of other problems. These could be problems within our own society or problems with our relationships with other societies.

Quick Summary of the Key Points