Ever imagined an Isekai hero with NFT powers? I did so you don't have to~

In Another World With My NFTs is a pardoy novella of the isekai genre. The story is based on two ideas: Trapped in Another World Tropes, and the tokenized NFT art.

You don't have to have knowledge about isekai or NFT to read this story. Though reading would be certainly funnier with background knowledge.

Chad got summoned to save another world. He's given and given special powers to do so. Unfortunately, the power given to him is one tied to Trauma with a certain fad he was into.

A voice in his head gives him a clue about his situation, Chad explores the world and meets people while learning more about his ability. The Projection of NFT images.

This story was written for @dreemport & #scholarandscribe's community challenge. It got bigger than intended.

For more info, read the Author Notes in Chapter Zero. (LINK BELOW) 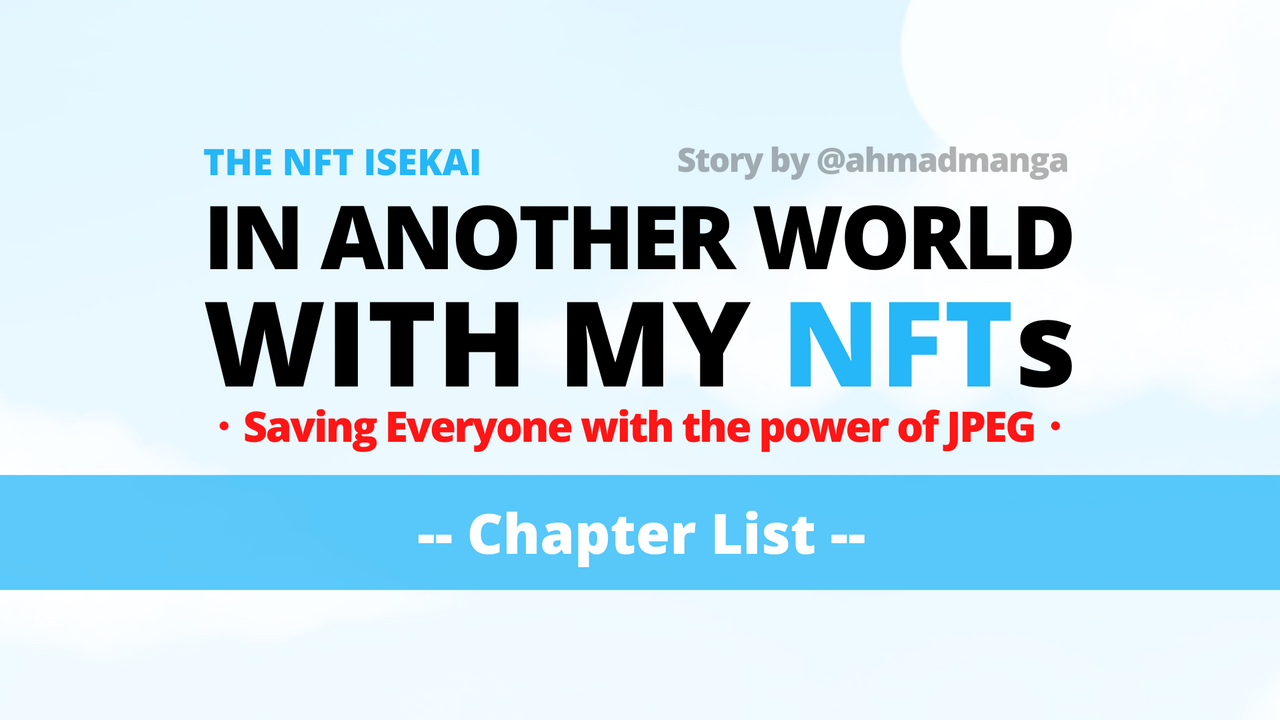 @ahmadmanga/original-fiction-in-another-world
Chapter Zero: Chad, the hero on his journey to save the world, has a flashback to his first day there.

@ahmadmanga/original-fiction-in-another-world-efc8bd5020a8d
Chapter 1 - Blue Bells: Chad stumbles upon a beautiful scenery, and meets the first person in this world other than him.

@ahmadmanga/original-fiction-in-another-world-49b3bd11c12a9
Chapter 2 - The Waylosers: Chad learns about people like him who appeared without memories. Maybe they've been summoned too?