Season 2019 World Rally Champion Ott Tanak was always saying that the current Hyundai i20 WRC car is just made for Hyundai's long term driver Thierry Neuville and he just can't find the feeling for that kind of driving which is very characteristic with lots of udersteering. Thet's just the way of driving of Thierry Neuvielle.

Well, he was present during the development of that car so it is pretty normal that the car was developed that way. Ott Tanak said, when he was signing a new contract with Hyundai, that this time he wants to be with the car from the start of development just to be fine tuned the way of his driving.

It is pretty interesting that Dani Sordo can adapt to that understeer driving lot easier then Tanak but Sordo is there from 2014 so he probably knows better what to do when car starts to behave strangely.

All I am writing here is related only for tarmac surface. On gravel Tanak can deiiver super quick until car starts to fall apart. I can't believe that the same car which won the manufacturer's WRC title last season. this year had so much technical problems.

But the same problem was present with another car - Peugeot 206 WRC, which gave WRC crown to Marcus Gronholm in 2000. In the following season 2001, the car was just falling apart and they didn't have bigger developments of it. So it is kinda same problem with Hyundai this season.

I guess that Tanak will make the car much more suitable to his driving style because he is super motivated to fight for another title next season after Seb Ogier will retire from the full season driving at the end of this season.

Watching this video I can only say that Tanak was very smooth on this tarmac test in Italy. I guess that they already test for the Monte Carlo Rallye special stages which starts in less then three months. 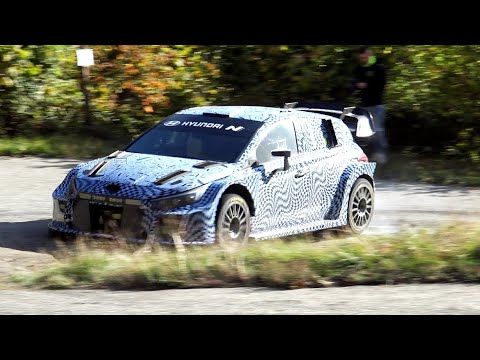 Credit for photos and videos to WRC and Youtube