Not often that I get both of them on the birdbath, but I got lucky. 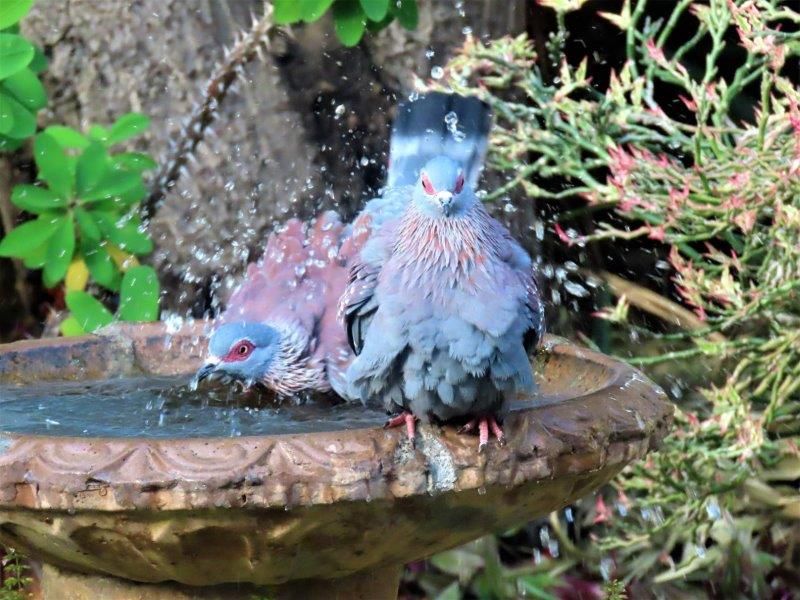 For so long I thought they only bath one at a time, but today they proved me wrong.

I know them as Rock pigeons and we had many of them on the farm when I was a child. For some reason they have changed their name and I think it is because of the speckled pajamas that they wear :)
We call the female "Chee-chee" as that was the sound that she made as a baby when we rescued her.
When she was ready we set her free and now she hangs around here.

They are called "Speckled Pigeons (Columba guinea) and here they landed. The female tested the water, but the male was checking me out. Eventually the male also popped in and I was really hoping that he would bath with her. In 1747 the English naturalist George Edwards included a description and an illustration of the speckled pigeon in the second volume of his A Natural History of Uncommon Birds. His hand-coloured etching was made from two live birds at the home of the Duke of Richmond in London. Edwards was told that the pigeons had been brought from the inland region of Guinea in West Africa. When in 1758 the Swedish naturalist Carl Linnaeus updated his Systema Naturae for the tenth edition, he placed the speckled pigeon with all the other pigeons in the genus Columba. Linnaeus included a brief description, coined the binomial name Columba guinea and cited Edwards' work.
Source

But not to be, as he popped out again to take a closer look. In the meantime his wife just continued to do her thing. Ah! My first time to get both of them in the bath. And a bonus was that they were not in their normal hurry. Done and I thought that it was over. 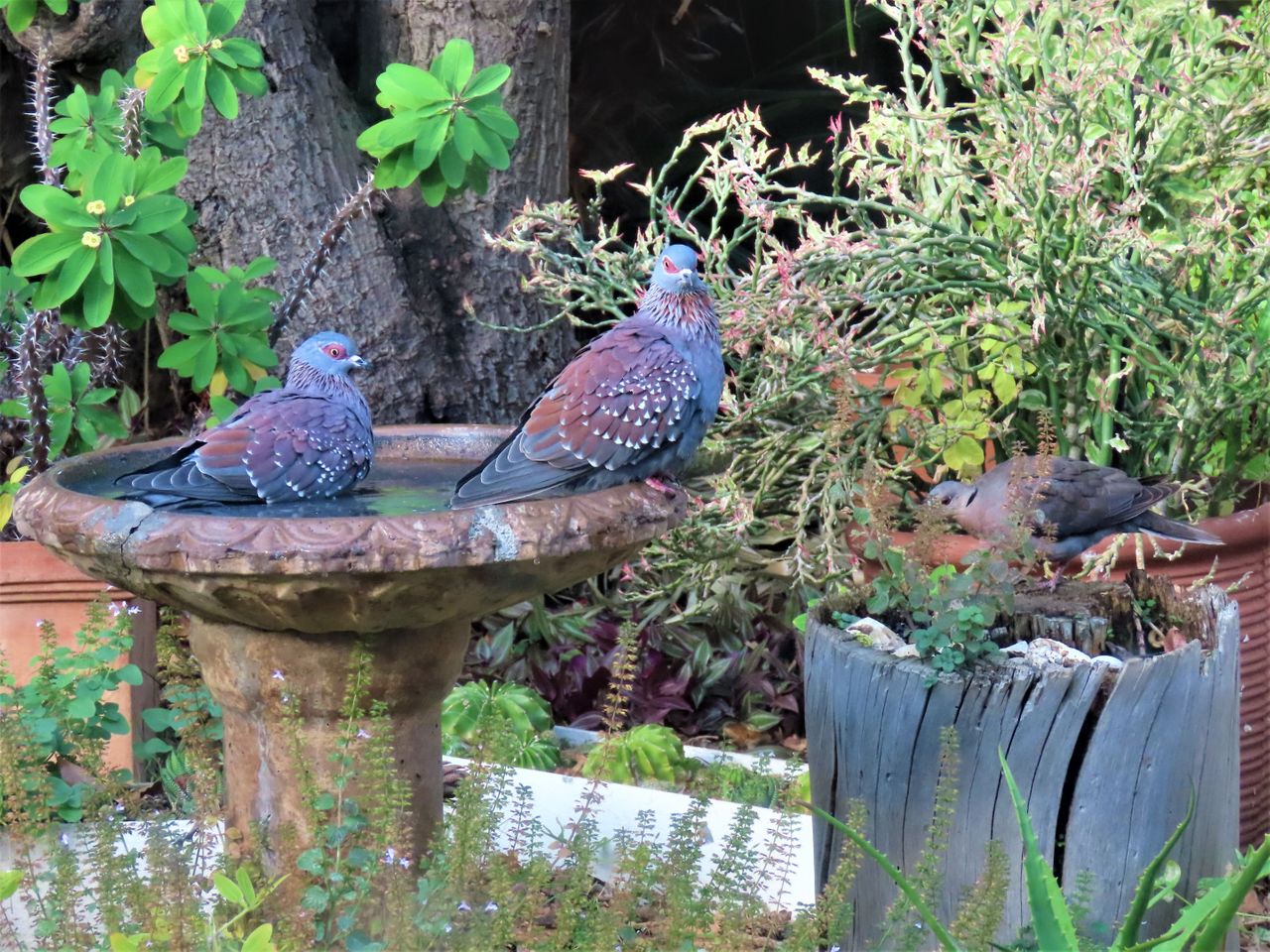 The female had a last flip wetting the male in the process. Finally clean and ready to go. They have strong wings and take off like rockets. I am indeed happy that I could get them both in the bath together and they are beautiful birds. Unfortunately their numbers have increased so much that they now became a threat to the corn and wheat farmers and they will have to be controlled. How, I do not know but I am sure that the scientists are investigating a deterrent.
Such is life in the wild world that we love so much.

I hope that you have enjoyed the pictures and the story.

And That's All Friends.