An Egret With White Color

As a joke goes, Me writer, me not reader!.

I shoot to capture the moment and I ask questions later.

So, this might be a great egret, a little egret, a white egret, or even an albino black egret for all I know. But I am happy with the capture — one of my most successful wildlife photographs.

And I took it recently while on a family vacation. The birdie simply was nearby. It kind of liked the littered and swamped part near the not-so-open mouth of a river that failed some ten meters away from the sea.

I always felt for that river...I often wondered what was wrong with it. Apart from human behavior, I mean. A beautiful, beautiful place, littered enough to be ashamed of our kin.

The egret, in this case at least, rose above the littering and flew in clear skies. For now... 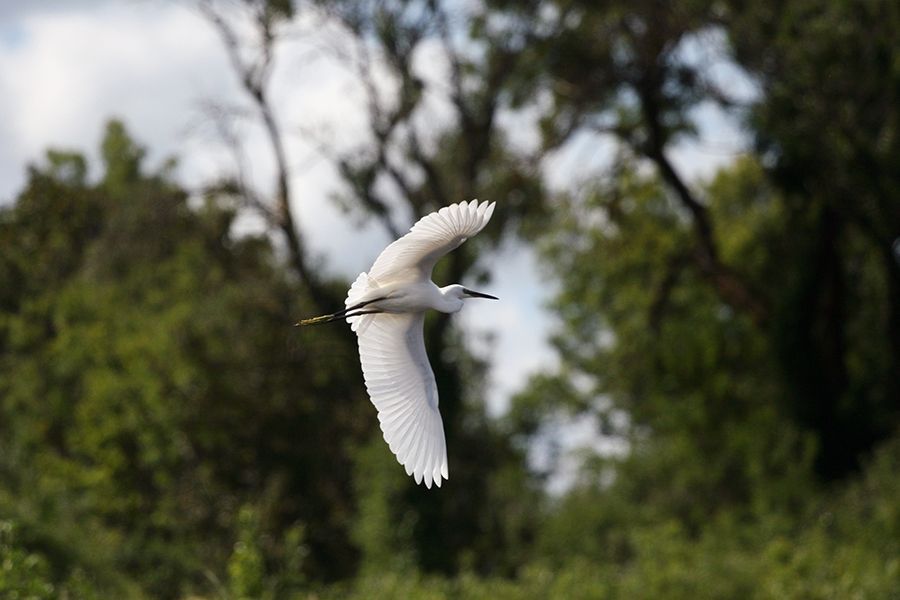 Reacting as the bird flies in an arch, first getting closer and then veering away to my right.

Initially, I was worried the focus would not be sharp enough to satisfy basic photographer needs, but it was. The background, above the littered river's level, was also nice, the best I could have hoped for in the vicinity. The almost exotic-looking trees of Strandzha Natural Reserve near the Bulgarian-Turkish border.

Yeah, part of the mountain is in Turkey.

The location also happens to be along the Via Pontica migrational route for our feathered friends.

Thank you for being with me on this one and take care! Of yourself and your planet ;)

P.S. There was a cleaning community somewhere around the blockchain and with or without it, we have to consider...cleaning some trash ourselves in areas where nobody else would. I expect to be acting soon and writing reports about it...whenever I find the time and give it priority.