When I watch birds, I always try to catch their eye through the lens. It rarely succeeds when the bird looks directly into the lens. More often it is possible to photograph birds in profile. But such photos will also tell a lot about the eyes. Most of all I like jackdaws with gray-blue eyes. They always have such an expressive look that every time you want to capture them on camera. A small black pupil against a gray-blue background favorably emphasizes the beauty of the jackdaw's eyes. Further, for comparison, a forest pigeon. The pupil is larger, oblong in shape. Pay attention to the developed proportions of the wood pigeon's upper body compared to the head. They are impressive in power. And this also gives the bird's gaze confidence. A black-eyed magpie with a keen eye. It is rarely possible to photograph a magpie. He sees a person from afar and immediately flies away. This is a marsh chicken. This bird is also called moorhen. Despite the fact that the birds ran very quickly along the shore, I managed to catch her gaze. Although the torso is not clear from fast movement. But the look is important to us. And this is a field sparrow. His black pupil is surrounded by a barely visible brown border. And then there are the brown-eyed beauties of the ducks. These are young drakes. 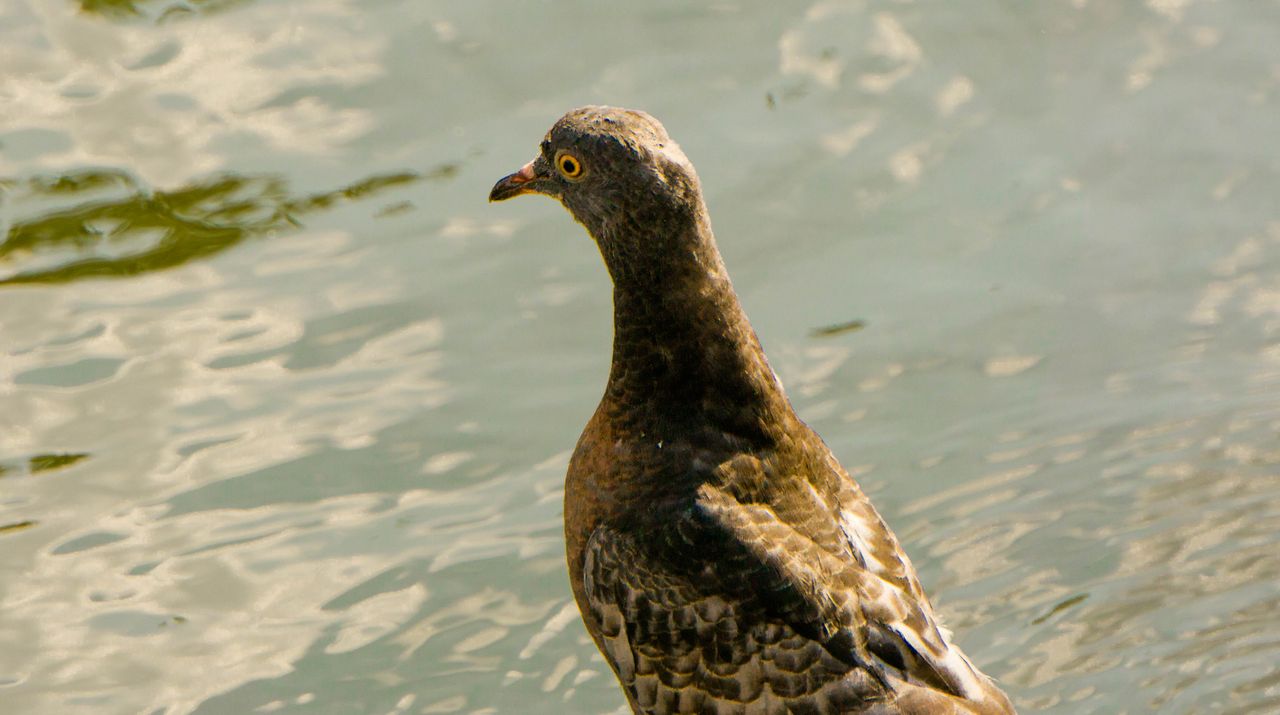 Such bright eyes in pigeons are favorably combined with their plumage.