Wildlife world. The life of pigeons on the streets of the city 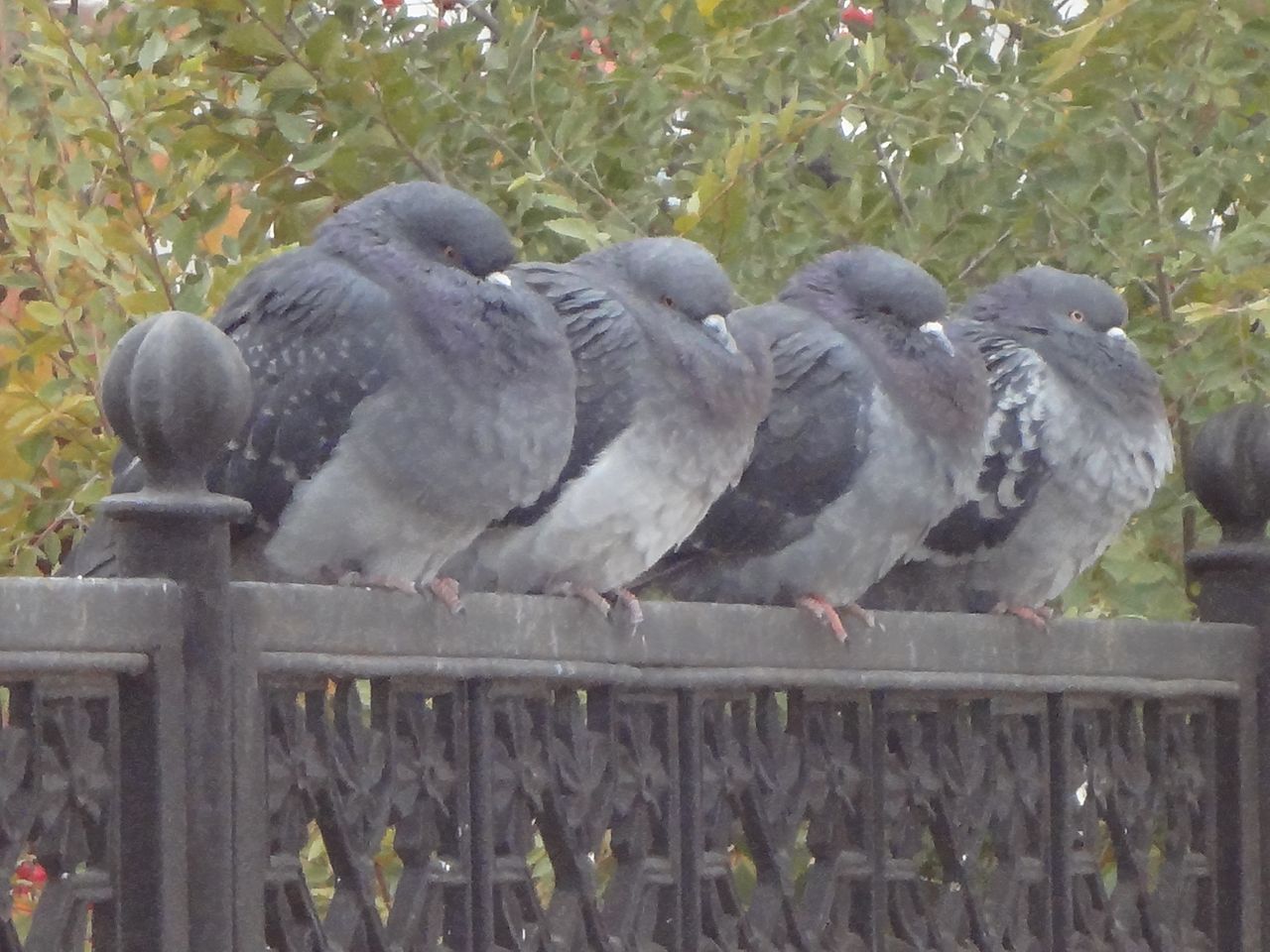 Outside in the morning, cloudy weather, no sun and wind.
The pigeons are sitting on a cast fence and are ruffled.
But when they saw me, they began to watch me with interest. 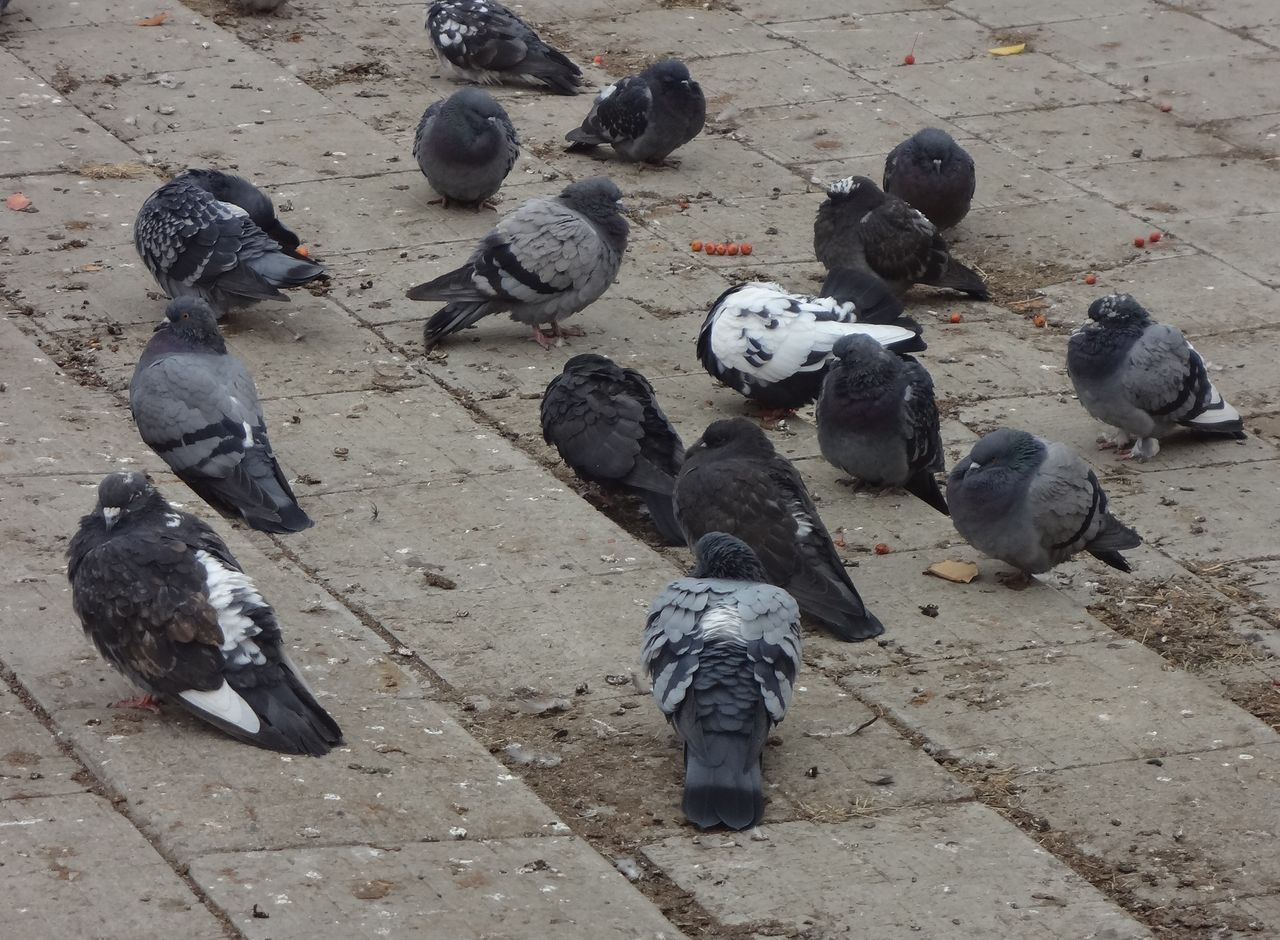 Here in the town square in front of the church in the afternoon.
There are always a lot of pigeons, they sit quietly everywhere.
And are they patiently waiting for people to come with food? 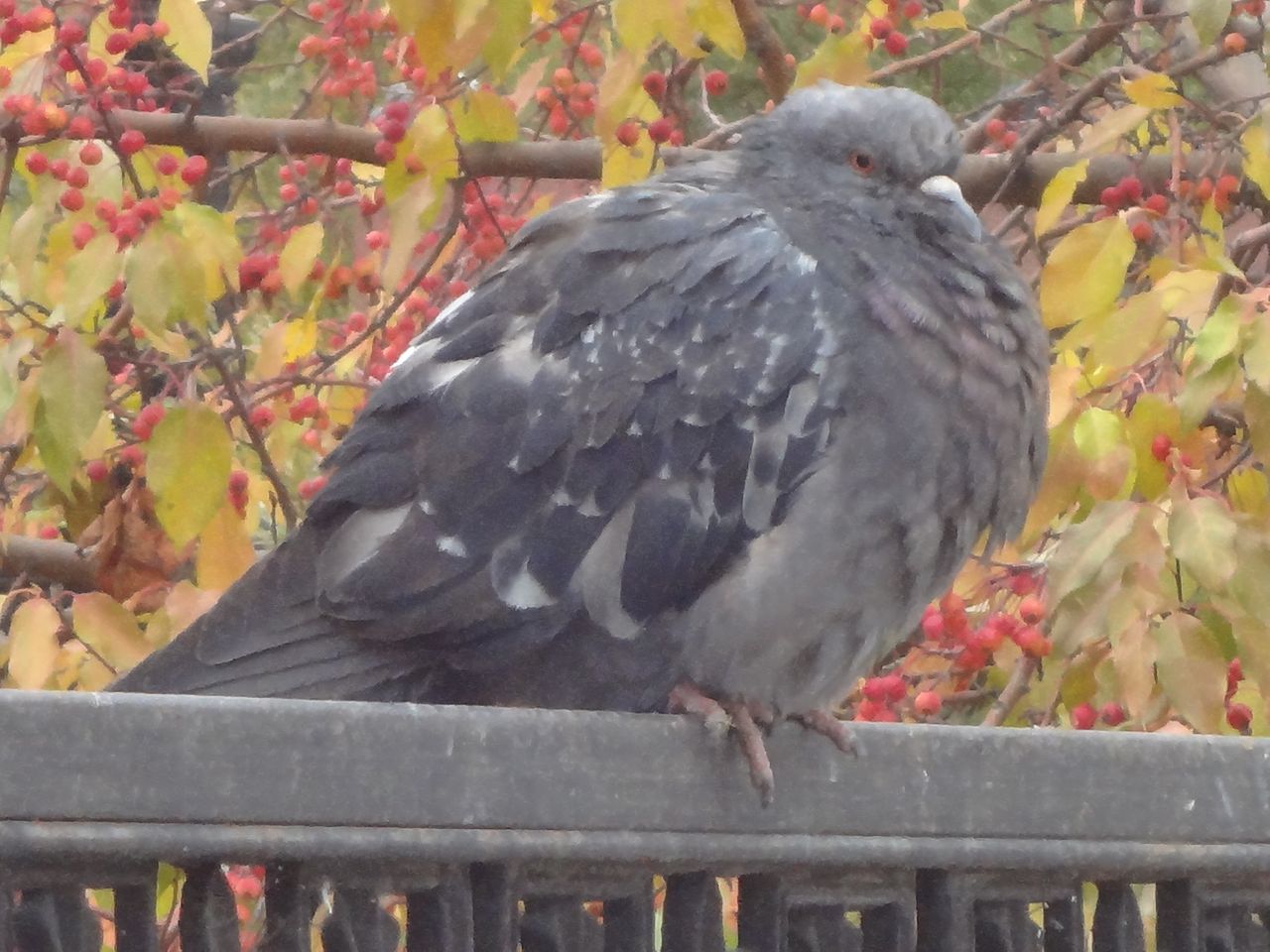 As soon as I came to the square, there were many pigeons.
They began to move in my direction, looking around.
It was interesting for me to watch this whole performance. 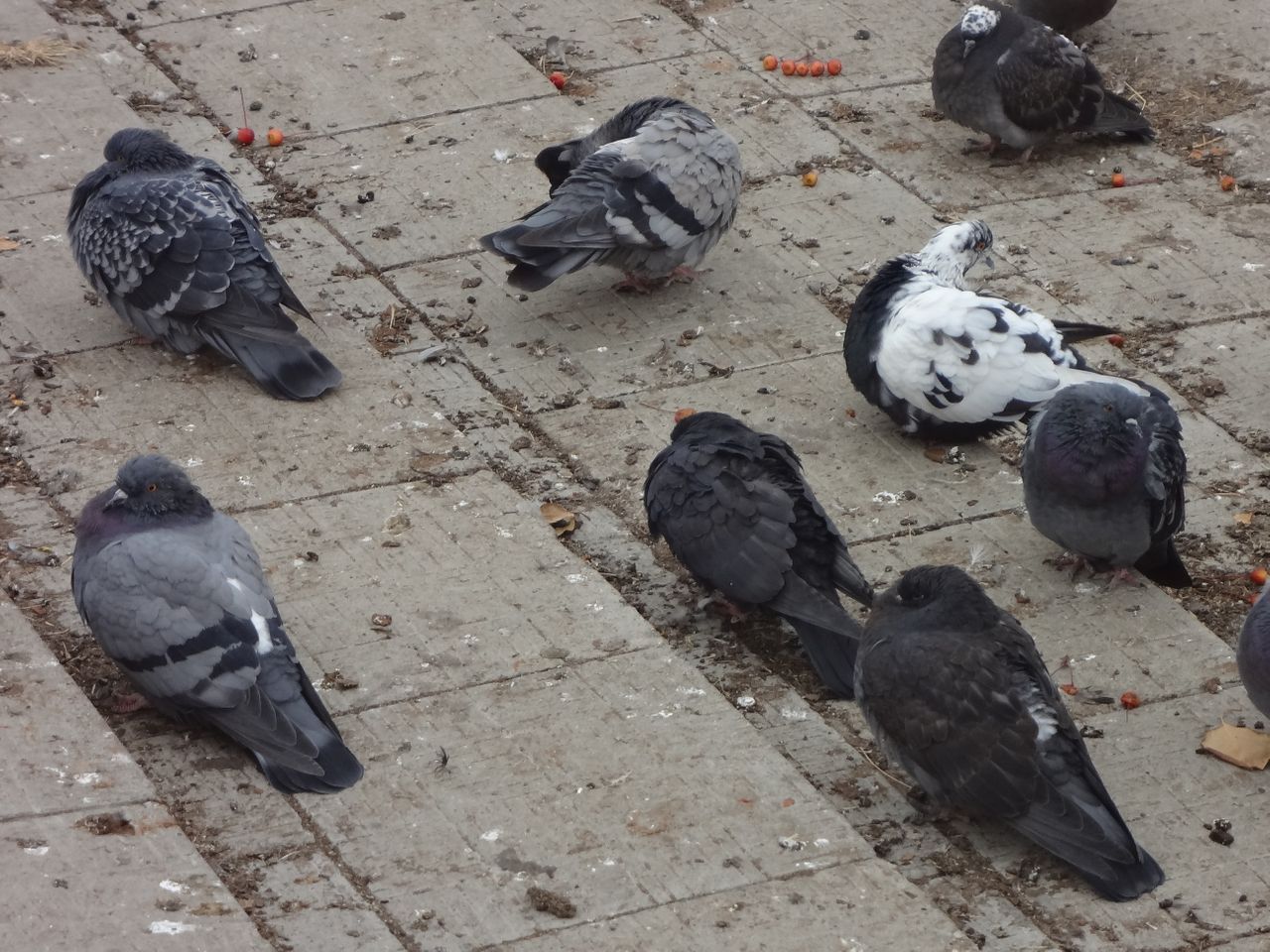 Their expectation that someone will come in the morning.
It can take, apparently, for a long time, and for many hours.
But the birds are also used to it and are patiently waiting. 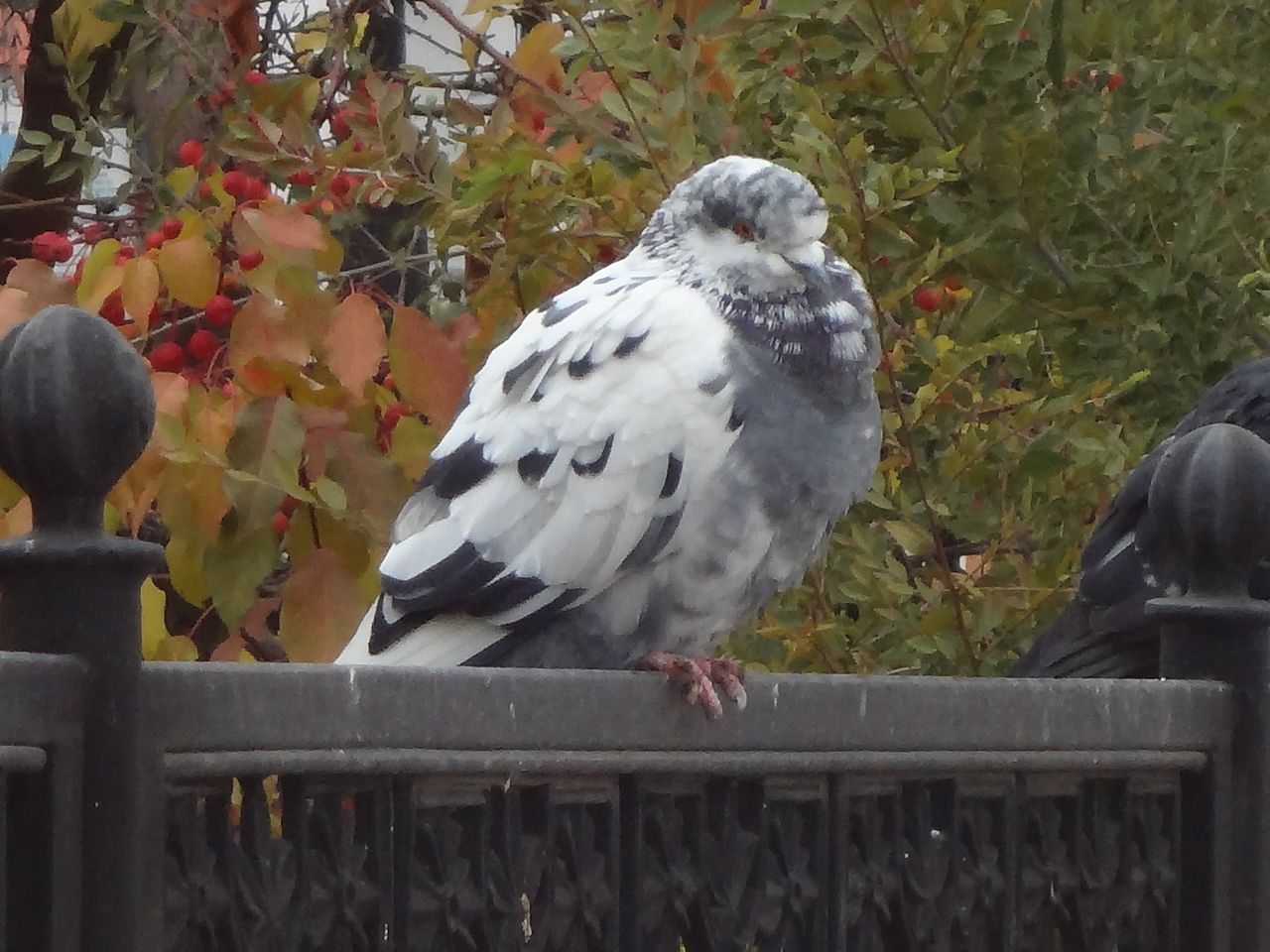 One of the pigeons took a comfortable position on the fence.
Highly observing everything that happens around the square.
And any movement below immediately attracts their attention. 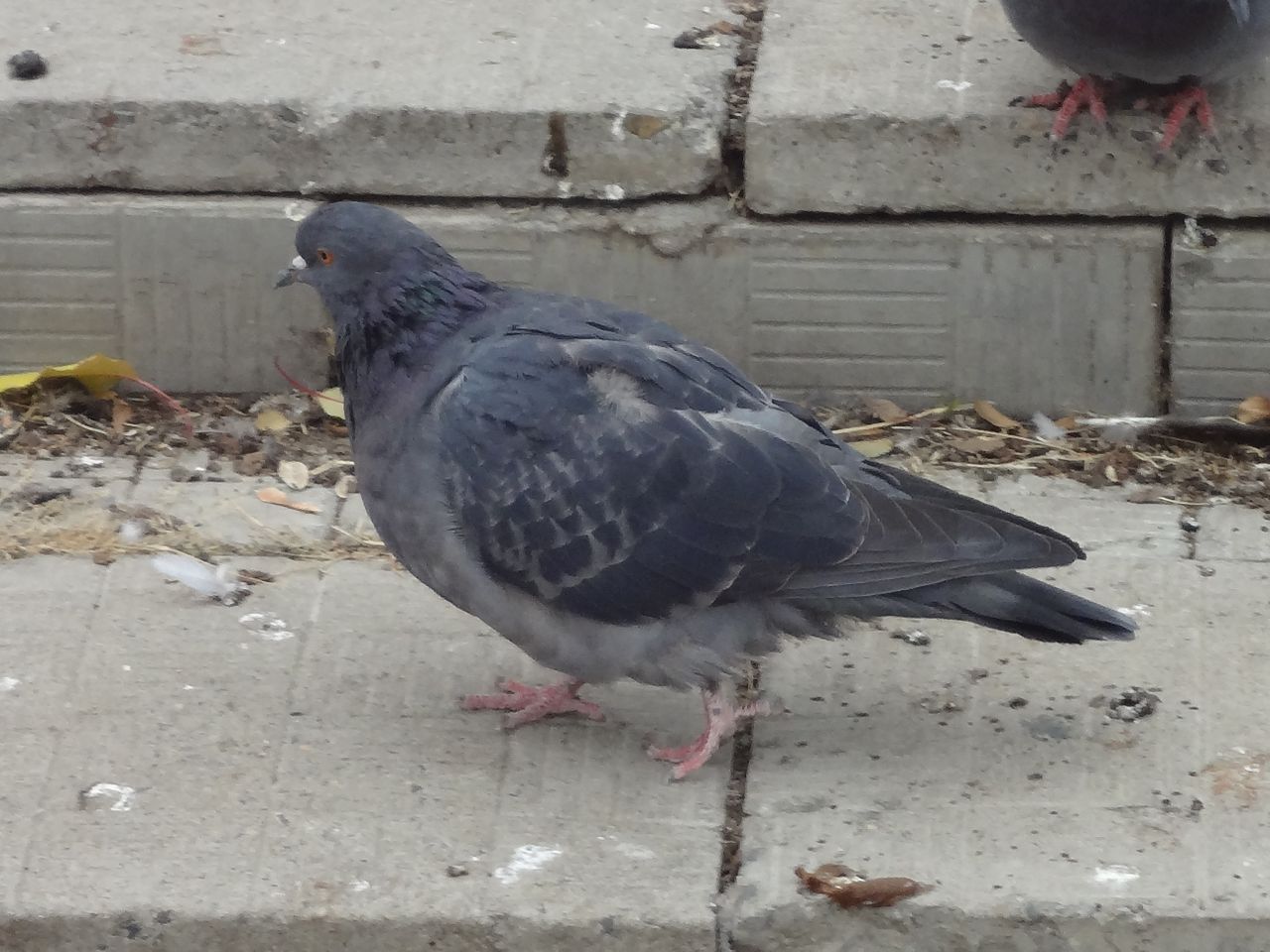 Other pigeons, like scouts, run down the tiles of the square below.
But they are all waiting for the time when someone comes here?
So I came, but they were not interested in me - there is no food. 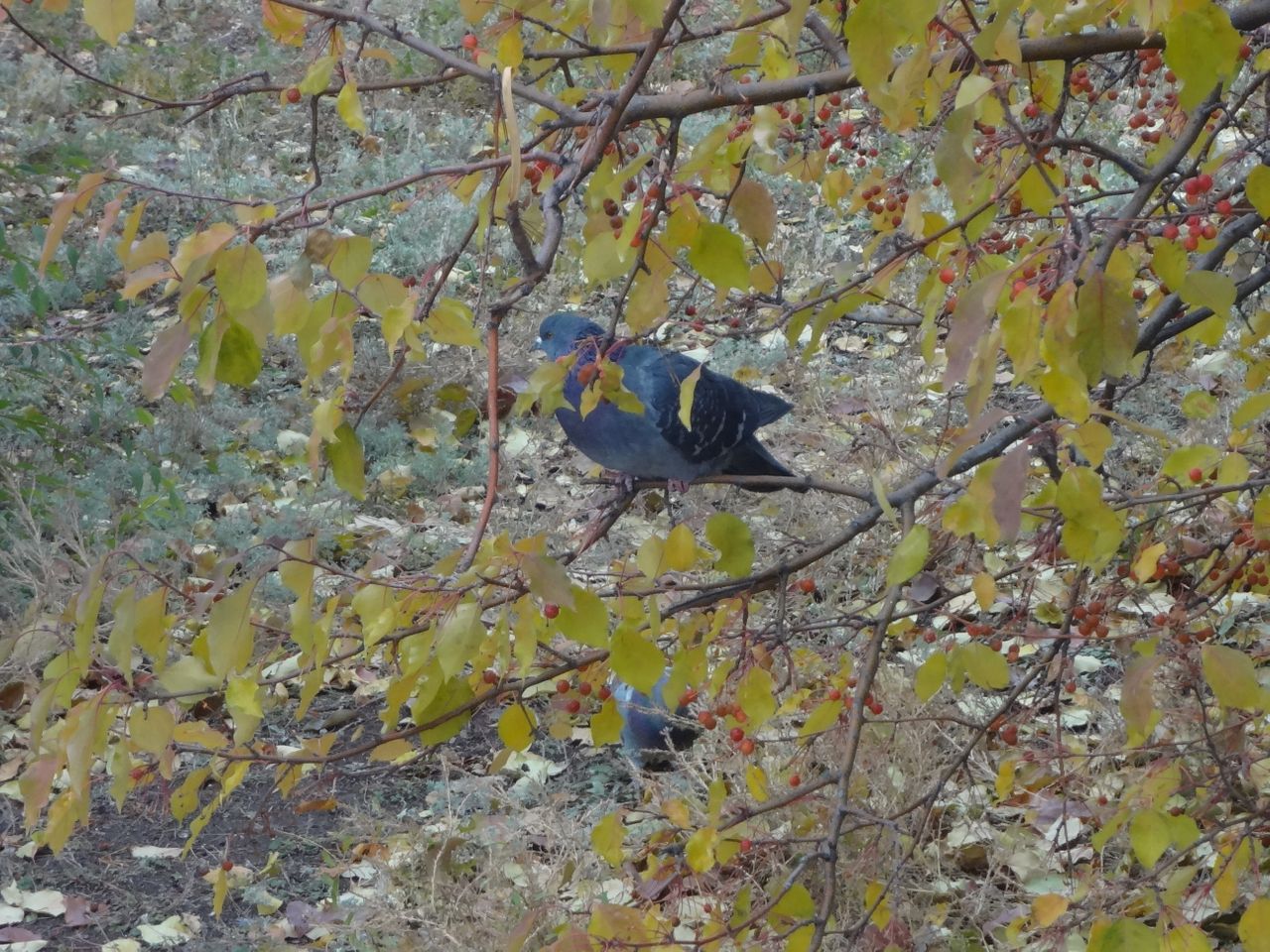 One pigeon sits on the branches of a wild apple tree, looks.
Is it somehow unusual? This is the first time I've seen this.
This is his position, apparently, from which one can observe. 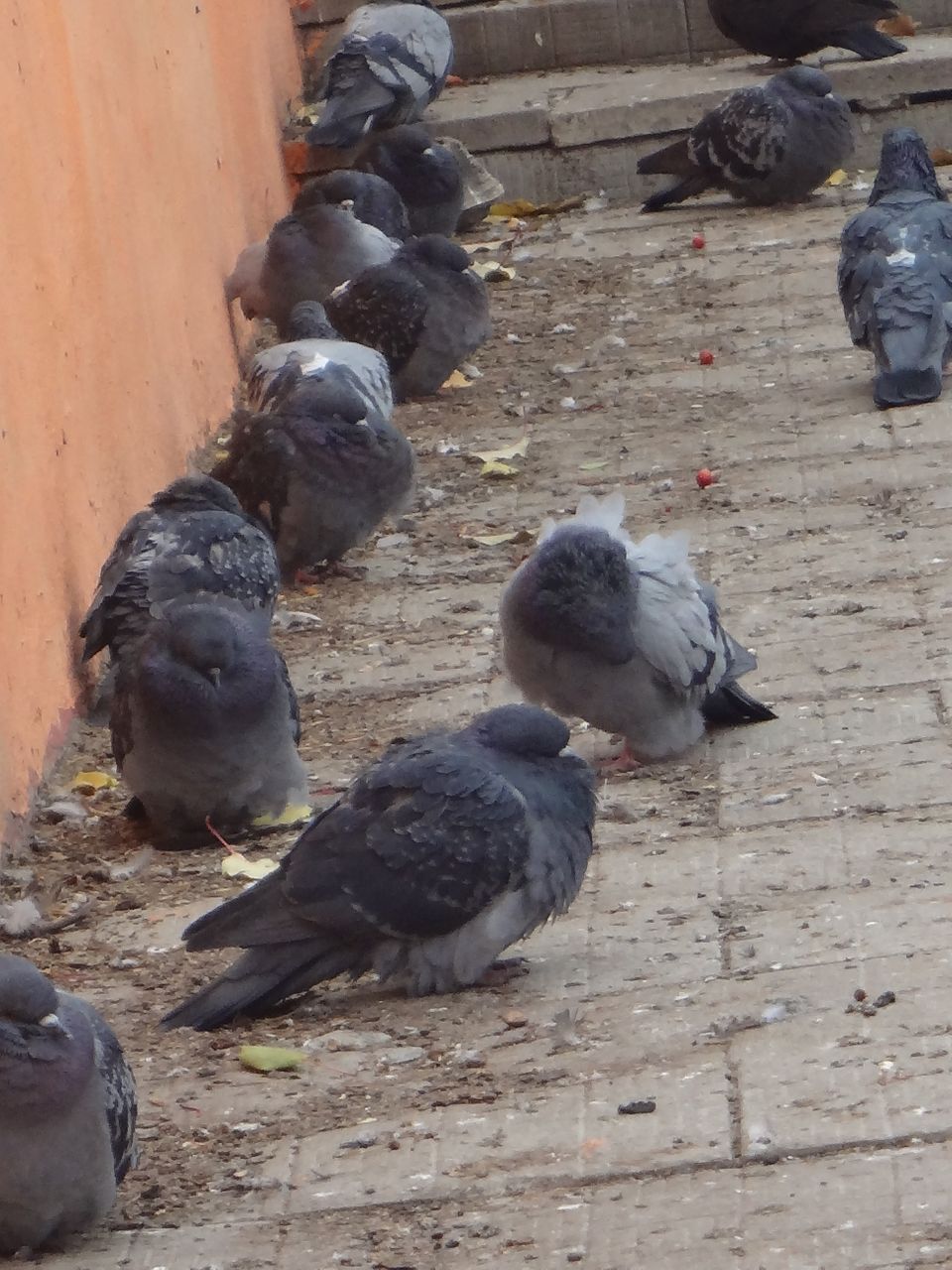 And here below the wall, the pigeons hid from the wind.
It is quiet, warm and it is very good for them to sit and wait.
I saw how the pigeons flew one by one to this place...

Feathered Friends - Show Me A Photo Contest Round 39
WORLD OF WILD NATURE.
LIFE OF PIGEONS ON THE STREETS OF THE CITY.

If we are now talking about how doves live in a flock? Then this post is just about that. Although the flock - this word has somehow become not very good in our everyday life. All sorts of bad people huddle in flocks, beasts also huddle in flocks. Therefore, I will also say about people, like animals, who for some reason began to hate pigeons fiercely? And in relation to birds, I would not want to use this word as a concept. I will have to tell you that not so long ago a very bad problem appeared on the streets of our cities. That's what I want to talk about next, to show what exactly excites me? We, as people, are losing face, although we do not want to admit this to ourselves. I'm not even talking about a society that indifferently looks at how some bad personalities (I could say about them in a completely different way) poison and kill pigeons. If this continues, the pigeons will gradually disappear from the streets of our cities. Is this good or bad?

We all very often meet pigeons on the streets of any city. Someone treats pigeons well - they feed them and even water is poured into specially placed small containers (cups, plates) somewhere in the far corner of the city square or park. Many bring children to take pictures of pigeons with them. There are such places in cities - these are squares, parks, churches. And there are people who simply hate pigeons, declaring a real war on them. A war in which birds often lose. Why and since when did the people suddenly begin to hate pigeons, declaring birds to be disgusting beggars, and not feathered friends of man? Yet the church tells us that this is a heavenly and divine bird, it is more like Angels or the Holy Spirit. Much has been written about pigeons - by painting artists, by composites and musicians - by songs, and by poets - by poetry. And suddenly - such hatred and anger? Where did people cross the line between good and evil? Look at my photo reportage - how can the pigeons, which we have more tamed to live on the streets of the city and next to us, be ugly and bad? I think no. Any bird is a small soul that reaches out to a person, believing in his kindness. So let's still be tolerant of nature, birds and animals.