Fighting the demons. Did they win one?

I want to thank a faithful reader of my only three posts I've written hehehehe @dandays, if I'm just discovering what it is to share my story and my process through writing and this platform. Thank you for encouraging me, supporting me, above all thank you for reminding me that we are the voice of many so that others don't stop having it... well here are my words.

Uuf, how to reduce such an important part of my life in just a handful of words, but I'll try. Here we are remembering and speaking for those who can no longer, this time I will talk about one of the people that although, it seems contradictory, left too many important things in my life. Fernando Augusto Navarro Hernandez, one of my great loves, the father of my son, my lover, and the one who made me cry a lot too. Let's start with what we have to start with, the beginning... so take your cup of coffee, or your glass of wine so you can join me to tell you part of my story, as good friends.

I met this handsome brunette when I was only 11 or 12 years old, he was a friend of my older sister's boyfriend, I liked everything about him, he had a crazy smile and so nice, a great body of those of gym but not of bodybuilders (sorry but I don't like those haha, is just a matter of taste), and I have to say it, every time he turned his back to me I died, he had some buttocks, that every woman would envy, and added he had a very overwhelming personality in a good way, he looked like an artist, charismatic, and he accompanied it with a way of dressing that I like a lot and a black truck that matched him.... but he jokingly looked at me so as not to trip me hehe, he was about 18 years old. And of course the age difference was very noticeable, I was a little girl without grace, just a little girl, and he was almost a superstar haha

After about 8 years I didn't hear from him and I came to live in Margarita Island, here life is very Caribbean of course, going to the beach, I had a wonderful tan, I had a good body and I worked as a hostess for some brands, and I met a girl who turned out to be the mother of Fernando's nephew, yes the same one that made me dream as a child.... and I could not believe it, but I had anger, he had always ignored me hahaha and one day leaving work with a tight suit I went with this girl to a casino and there we met him, I was coming down some stairs and he stopped me and asked me you are Carla's sister, ah you know she existed? Hahaha I said yes, I greeted him and passed as if I did not care, but I felt that thing in my stomach, that thing that does not let you think and from there we did not separate, we went out a couple of times and in a very short time we became boyfriend and girlfriend. It was a beautiful time, then he asked me to marry him, he talked to my parents, and while we were planning the wedding Cristian jumped into my belly, I got pregnant, so we did everything a little faster and I started that stage in my life that I always dreamed of at 25 years old, Married to a man who for me was wonderful, with my dollhouse in size, and a magnificent son, but not everything was so rosy, Fernando usually worked at night in a casino, and went out partying a lot, there was a lot of alcohol, some drugs like marijuana, cocaine, for me it was normal. I for my part drank a lot of alcohol since I was very young, I smoked cigarettes like crazy, at least 2 boxes a day but I did not consume marijuana. I tried several times when I was 15 years old a person gave me a large amount of marijuana to celebrate my birthday, I didn't like it but it made me see pink elephants dancing many times and cocaine I also tried it but only once and since it didn't make me hallucinate I thought it was useless and I didn't touch it again until I was married, a lot of my family consumed a lot of alcohol, including an alcoholic father. And I grew up in a place where drugs were very normal, almost everyone consumed so I was not impressed, not even bothered by that. And so we lived like that, between being good parents in general, we both worked so there was no lack of food at home, But there were many excesses, and sometimes we allowed ourselves to party, with a lot of alcohol and drugs for 3 days in a row, all this of course affected our son in some things and both of us, both in our achievements and in our bodies. Fernando as I told you was a very jovial man and made many friends, I know that if you had known him you would have liked him, almost everyone liked him, he was very affectionate with me, (although a hopeless cheater), we say that he was a good father, because I love Cristian very much, but today I do not know how good parents are when what we do affects our children, we can not only raise with words, with a plate of food and with being there, what our children learn the most is by the example we give them. now there are 3 of us

But well, he was him, he filled the whole house singing, he made himself felt, he liked to say let's go to a hotel to spend the weekend, or let's go to the beach (he loved it and he liked surfing very much, although alcohol was more powerful than sport), and he liked to go out to discos at night, and over the years, we were getting a little older in terms of going out and we only stayed at home and everything increased, alcohol, drugs. To the point that I started to get disgusted with everything, every time I stayed longer in one of the parties 1, 2 up to 3 days in a row and then it was getting harder and harder for me to recover from all that, and one Friday May 10, 2013 he tells me that he will only drink 6 beers, of course with his 2 servings of cocaine and several joints of marijuana, I told him that I did not want that night since I had to deliver a job and did not want to keep postponing the deliveries for irresponsible, so he went and bought his no longer 6 but 12 beers, but he told me that his head was hurting a little, I even remember the way he talked to me, I was sitting at the computer doing a job and he sat next to me and told me that, I turned around and told him why not leave all that for after my delivery so we could spend that time of alcohol and drugs together, and rest that night that he was not feeling well, but he already had his demons stronger and he told me that it was little and that he would go to bed early, who was I to help him if he did not want to go to bed early my demons competed with his, at about 10 o'clock at night I went to sleep, and he was very talkative and when he drank even more, so he sat me on the edge of the bed, and he talked and talked and talked and I was dead sleepy, I only remember that I prayed for him to stop, at about 11 o'clock he told me chipi (that's what we called chipichipi, which is a marine mollusk that is found abundantly on our beaches). 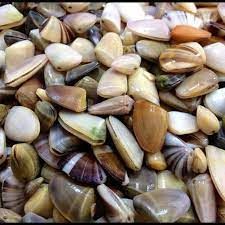 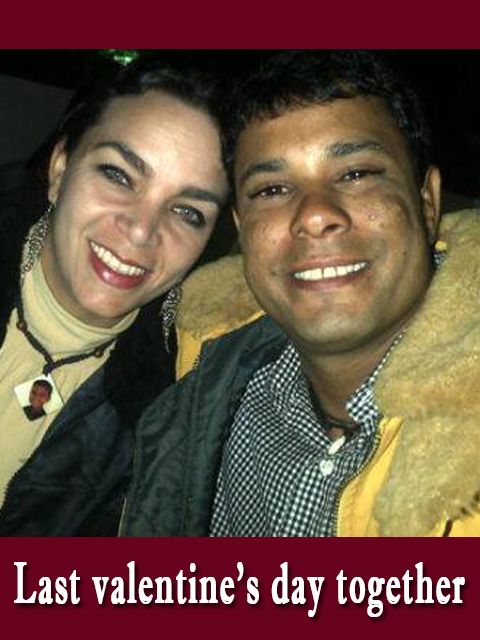 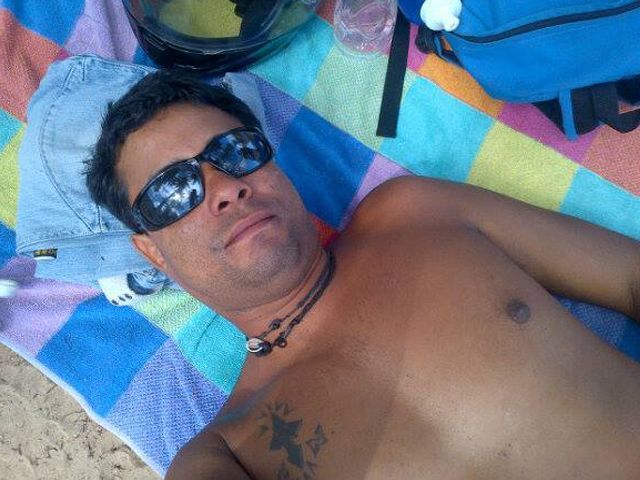 Ironically only a month or two before, my mom calls me and tells me that they will hire a funeral service for when they die we are not running, and tells me that will include me and Fernando (I told her it is not worth spending that money we are so young), and was the first to use the services to see him and to bury him, I really did not have to worry about any of that, I only had to go home, to that house where my little boy was waiting for me and tell him that his daddy did not make it and that he would no longer be with us, I think that children are only children, when I got home, I hugged him and it was there that I began to understand everything that was happening, and I just told him, he looked at me and told me that if he suffered, that I was fine, and he continued with his cousin playing. I think then I will have to keep writing another post that says after the demons... and that's all I went through during this painful time. What I do want is for Fernando's life and what he left in us to find a place to leave traces, and not just be another statistic, the one who died of an overdose. I hear so much I have everything under control, it won't happen to me, and I have one piece of news, DRUGS KILL. Drugs kill the family, they kill you as a person, they kill you in finances, in your body, the things you do because of drugs, it's really being a prisoner to them, I haven't found one thing I can say good about drugs. I only know how I always told my son, don't even try them because you always lose, because it's true you may smoke a joint and that's it, the problem with all drugs be it alcohol, soft drugs like marijuana or highly harmful drugs like cocaine or others is that you only cross a line and it's so hard to turn around, if you try them and you think you have control and you get addicted, ready you are a prisoner and I assure you that your life will never be the same. 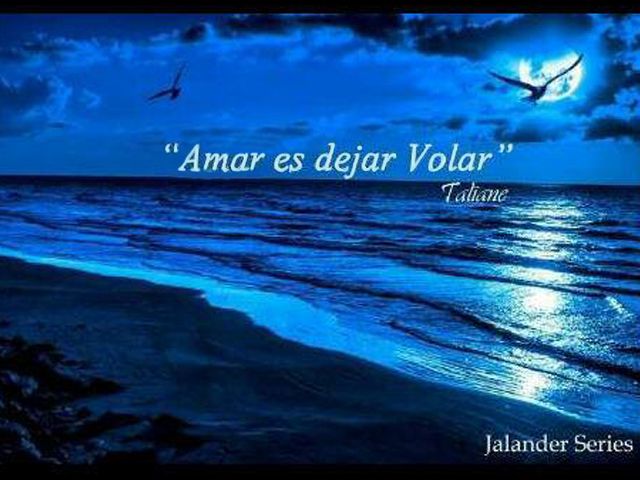 This picture was taken from Fernando's cell phone

In another post I will tell you about me and this demon that only thanks to my life process and finding a God that held my hand today I am here writing to you and not dusting my body, dead, buried and being another statistic. But telling you that if miraculously some of us got out and managed to overcome those demons. If you are a prisoner of those vices, if you are already disgusted, just look for a hand, it is very difficult to get out alone, but above all you must make a decision, and only you can do it. Yes, you can do it. And you if you have not tried it, do not do it, there are so many good things to enjoy life, and I am a witness and living miracle that there is nothing like living free, FREE of vices.

If you need or want to communicate with me, here is my hand to accompany you or just listen to you, I am here for you.

I remain of you, for what there is of reading and writing.

All photos and designs that do not have reviews are by me.