Silver Threads Among the Gold

The topic of the week is silver threads among the gold which to me sounds like it should be supported by a poetic story of some kind. That is not how this will go for me here. I will relate this to buildings and architecture. I am not a scholar so hopefully you'll bare with my possible cryptic writing. This would have been my #wednesdaywalk post but I decided to join the gang on #silverbloggers for #bow..

I will be completely honest here and say that I am continuously fist fighting with my ego. That which tells me I am old and no good. It comes and goes. Recently my forty year old co worker and neighbor originally from Mexico, started calling me "senora". This is something that tightens my stomach and makes me cringe each time I hear it. Sometimes she calls me "senora" three times in one sentence.
When it started I had to really take a hard look at myself and realize that I am no longer thirty and that I am fifty eight. I feel stronger now than I did at thirty. I don't feel comfortable with the name "senora".

I heard through the grapevine that someone called her senora and she protested telling them to stop. It made her feel old. Now she does it to me.

I took a walk with my partner Marc who is fifteen years my junior. We strolled to the Old port of Montreal where I haven't been since last summer. It was the busiest tourist area of the city when the city was still alive. Since the situation of the year stopped tourism, the area looks and feels empty and gives me a pang of mourning for it's loss. We both used to work there for over five years as cooks. Even though we were there almost every day at work, I still have a special feeling when I look at the old buildings. This city has a mix of very old and very new intertwined. The old is what is the most beautiful and strong in structure to me. In relation to humans, it's looked at quite differently.

With humans the youthful people are considered stronger and healthier while the more mature people are seen as week and less attractive. Old structures are admired by people that come from around the world as tourists, taking photos to remind themselves of the beauty of the old world. But it's young people that have the most photos taken. They even take it of themselves, in the bathroom by the mirror. Cobblestone roads are bumpy to drive on yet are so much more relaxing to look at. They show a time where things were made by hand and labor rather then machinery. I was thinking of how older people were always respected by younger people but that seems to have slowly waned off, in a fast world where younger people see elderly as a burden rather then living memoirs of a past they didn't experience. I too am guilty of it.

I should have asked my father and my uncle about so much, that I now will never know. They took with them to the grave, valuable information about my life. When we saw the ferris wheel at the port in the distance I saw a sight that was less attractive. A modern structure built to take lots of money from tourists to get a different perspective on the city. It's been there for several years. I was certain in was not operating as the city is half shut down, at least for restaurant dining.

To my surprise I saw the wheel turning. I couldn't believe it was going. We made a hasty decision to go on it. We hadn't been on a ferris wheel for over a decade, the last time being in Niagara Falls. Life is full of ups and downs When we asked how much it was to ride the wheel, we were shocked that it was twenty five dollars per person. They assured us that it would last for a good twenty minutes. We acted like money was no object as we forked over the dough. This ride would enable us to see the city from a perspective that we hadn't before. We passed by this area from a distance many times but never came right to this point. Up we went very slowly in an air conditioned carriage with tinted windows. I remember when ferris wheels were open and you could enjoy the vulnerability of the ride with feet dangling. It was much too safe but I did appreciate the relaxing view. I am someone who has had the privilege of riding in a hot air balloon a few times. That was where it was at, if you wanted a thrilling ride. We were actually starting to get bored as the wheel went around the second time. It took ten minutes for each round. We just had to convince ourselves that it was us getting our money's worth. We don't consider ourselves cheap but I have taken plane flights for just double what the two of us paid for this twenty minutes. At least it was something that we can say we did. I saw the Old port from a different perspective for the first time. The old architecture with the newest protruding behind, intermingled with something in between. All of it make this city unique to me. There are many cities like this around the world where ornate structures are standing next to the most modern structures working together and being taken for granted. Can we see human life this way? I think we used to but somehow the world became youth obsessed forgetting about what older people have stored in their minds and hearts just like the structures from before our time. Perhaps I am trying to convince myself of how it's okay to be older. What choice do I have. I feel like the pets we have that don't know they're aging. They can be limping at an old age and still be intrigued by catching a ball. 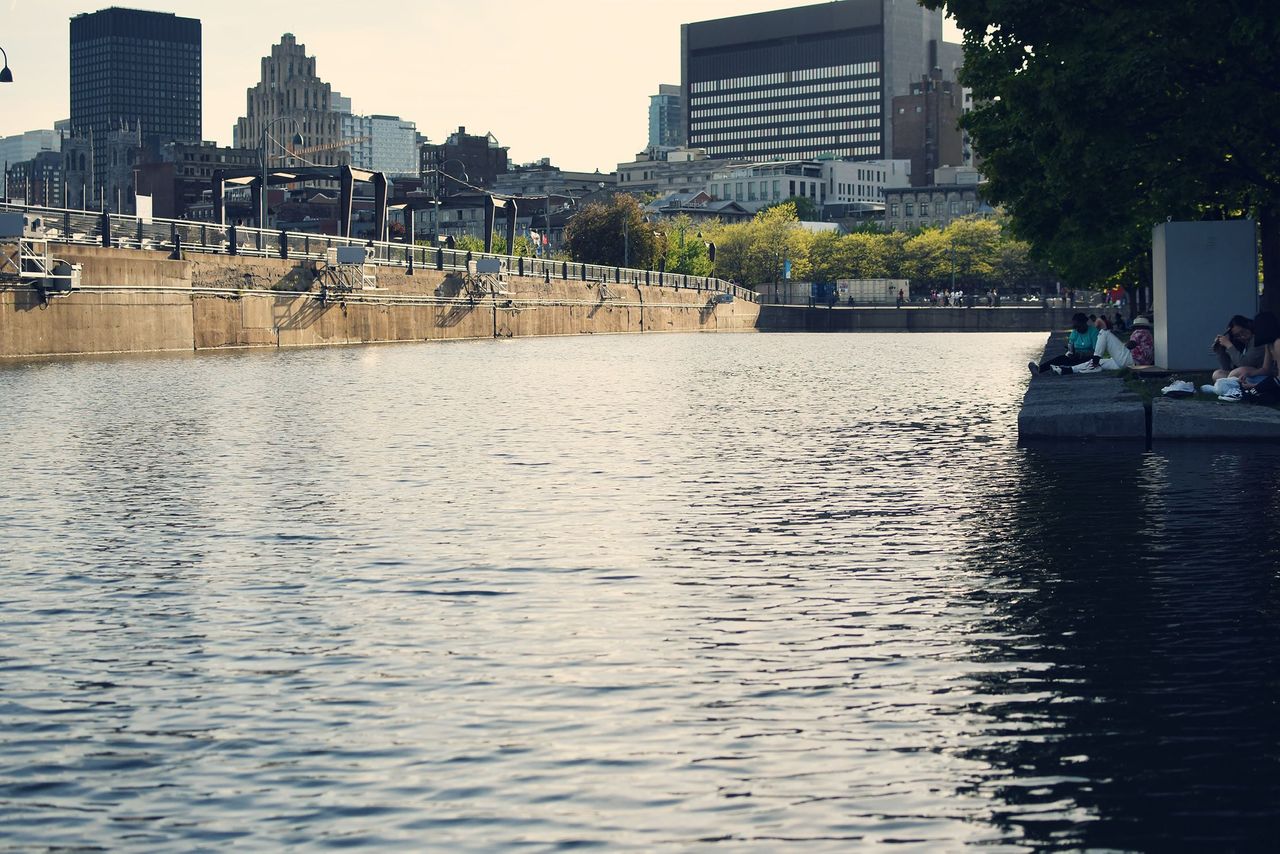 The fountain of youth resides within us all. When I was in my twenties an older woman said something I'll never forget. She said "everyone gets a turn". Meaning, at getting older.