CBDC’s are a disguise for Surveillance and Control: Thoughts about Nigerian ENaira

People lashing out at the President of El Salvador for the entire legalizing of Bitcoin as legal tender is something I’ll never understand. I Woke up to the most hilarious news that the Nigerian central bank is marketing its CBDC, E-NAIRA, as a store of value. Most things that come out of the Nigerian government cabinet seem like the whole place is run by non thinking humans, it is beyond me! 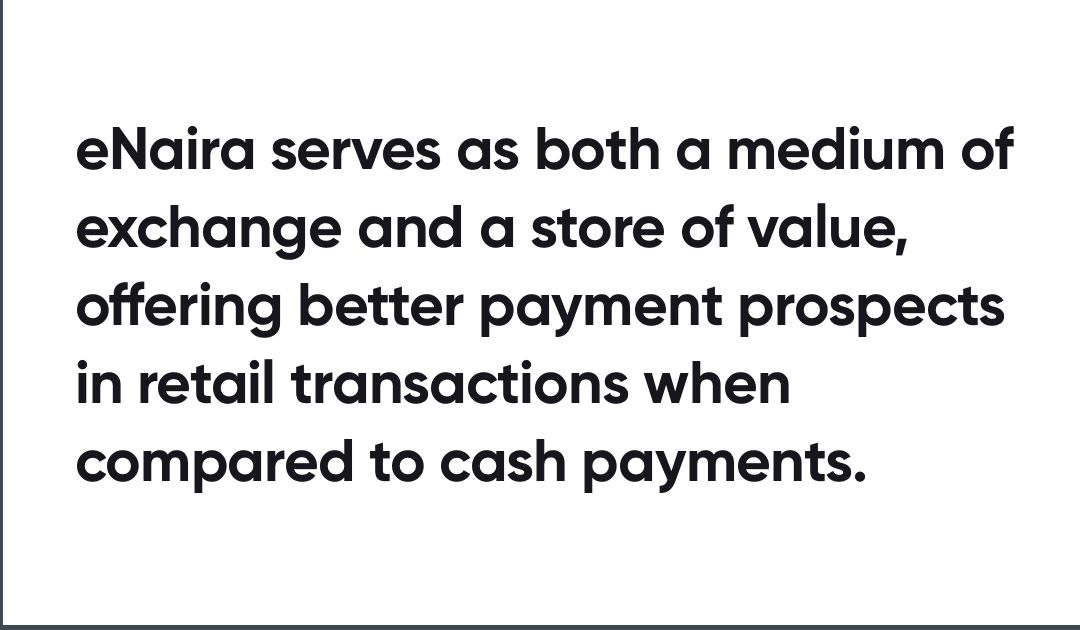 Nigeria is currently in a debt of around $172billion while seeking to borrow $4billion more with claims to use it to fund federal and state projects most of which end up getting embezzled and mismanaged as we’ve seen countless times up until now.

The ENaira offer no solutions to this mismanagement, corruption and the entire devaluing problem and yet it is being marketed as a Store Of Value so that people can keep saving in it while ‘they’ siphon the juice out of it. So you’ll own a lot of naira but worthless.

In contrast to what the President of El Salvador is doing to its own economy by educating the people about Bitcoin, enlightening them by being an example, even establishing a legal use case for it within the country!
Which country’s government do you think has the interest of the people at heart?

This is Bitcoins chart over the years, Salvadorians who are enlightening themselves about Bitcoin will get to realize that Bitcoin is the better instrument at edging inflation, that Bitcoin will give them the best option to experiencing financial freedom.

It is wrong and wicked to deceive people into believing that fiat is a store of value let alone the NGN, but what did I expect? A govt that benefits from chaos and hardship of the people will sensibly do things that will keep the situation as that, chaotic and hard’.

And ENaira being the first won’t be surprising because for me and my house, we will gladly not have anything to do with it, if for anything for our own safety, Nigeria has never been exactly known for employing the best technology at safekeeping of data.

Nigeria desperately needs restructuring, if she continues in this way, the generations to come will spend years paying debts they know nothing about.

What I envision is that somewhere along the line, the govt will begin to enforce its usage under the guise of improving security meanwhile what they really want is illegal surveillance, intrusion and control, the ability to shut anyone’s account at will as long as they pose a threat to their existence because they have opposing views or are exposing the govts corrupt practices.

I continue to hope that people are enlightening themselves about Bitcoin, Hive and other cryptos and I will continue to share the word wherever I find myself.