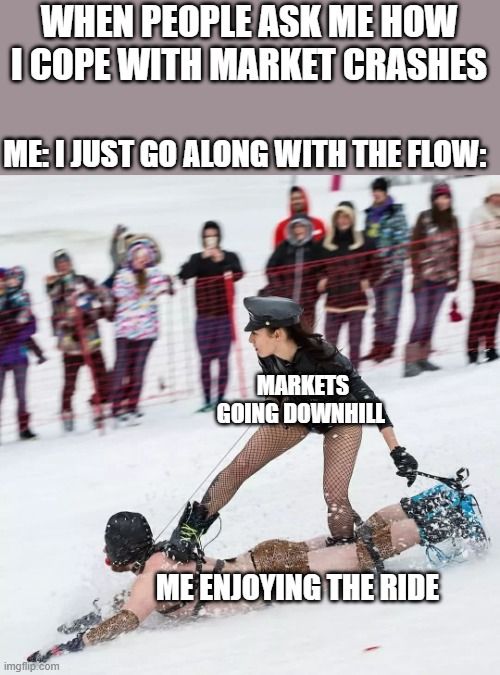 We should have quite a bit to go before this bull run ends, but besides focusing on making fat profits (hopefully, fingers crossed) I'm also thinking of strategies for when the prices start going down faster than my hopes and dreams of crypto retirement in the woods.
When that inevitably happens I think a major role will be played by HBD, because it's easier to earn more of it when the price of Hive is around $1 and then I simply put it into savings so I can also enjoy that 10% APR until prices go tits up. At that point I'll whip out those fat stacks of HBD and buy Hive on the cheap, at least 3 Hive per HBD if not better.
Of course I'll also be aiming to get back into bitcoin with stable coins, but I won't be touching the OG of coins until it reaches 20k levels again, which I think will happen at some point although others might disagree.
The markets might be into some kinky shit with illogical shitcoin pumps, whale manipulation and other crap of that nature, but I'll simply get out my latex suit and make the best of it :)