How Chess Changed My Life: My Sporting Achievements 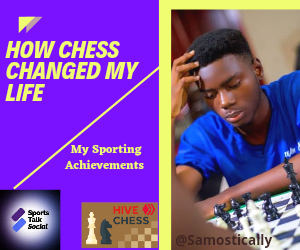 Chess is everything: art, science, and sport.

Hello to everyone reading this,It has been an interesting return to Hive for me this past three weeks and every day I keep sharing my story in different ways. I talk about chess now and then because most of life revolved around the 64 Squared Board Game. Today I will be writing about some of my success stories and achievements since I started playing chess. I recently joined The Sports Talk social Community and was inspired to write about this by @cryptoandcoffee

What is Chess? Is Chess A sport? Before I go on I will love to answer these questions.

Chess Is a Board game played between two players. It is a game of strategy with no hidden information.
You can read more about Chess on https://en.m.wikipedia.org/wiki/Chess.
Regardless of the definition, there will consistently be changed assessments of what is viewed as a sport. Also, maybe, none is more bantered than chess. Chess is an exemplary game — going back over 1,500 years. How about we separate how chess squeezes into the meaning of a Sport.
Are there rules? Like all sports, chess has a characterized set of rules and behaviours. The International Chess Federation fills in as the overseeing body of the game of chess, and it controls all worldwide chess rivalries. Furthermore, the International Olympic Committee believes chess to be a sport.

I have alot to write as I have been playing chess for a decade now as a sport.but I will try to highlight just some.
Firstly I learnt chess when I was 11years old in high school. I didn't pay too much attention till I heard there was a in-school competition being held. I hated to lose so I paid more attention in the next few chess classes.
I finished 2nd in my first tournament in junior class, that was the turning point after seeing my silver medal. I ended up a few months later trying my luck at an international u-14 Chess tournament held in Lagos, Nigeria. It didn't end well, I was beaten and sad. Tears couldn't hold me at that moment.

2015 Was my year, Despite My Age restriction,I got Admissions to study in two top Universities in Nigeria because of my chess achievements.

It all started when i represented my secondary school in a sport festival hosted by the Lagos government. 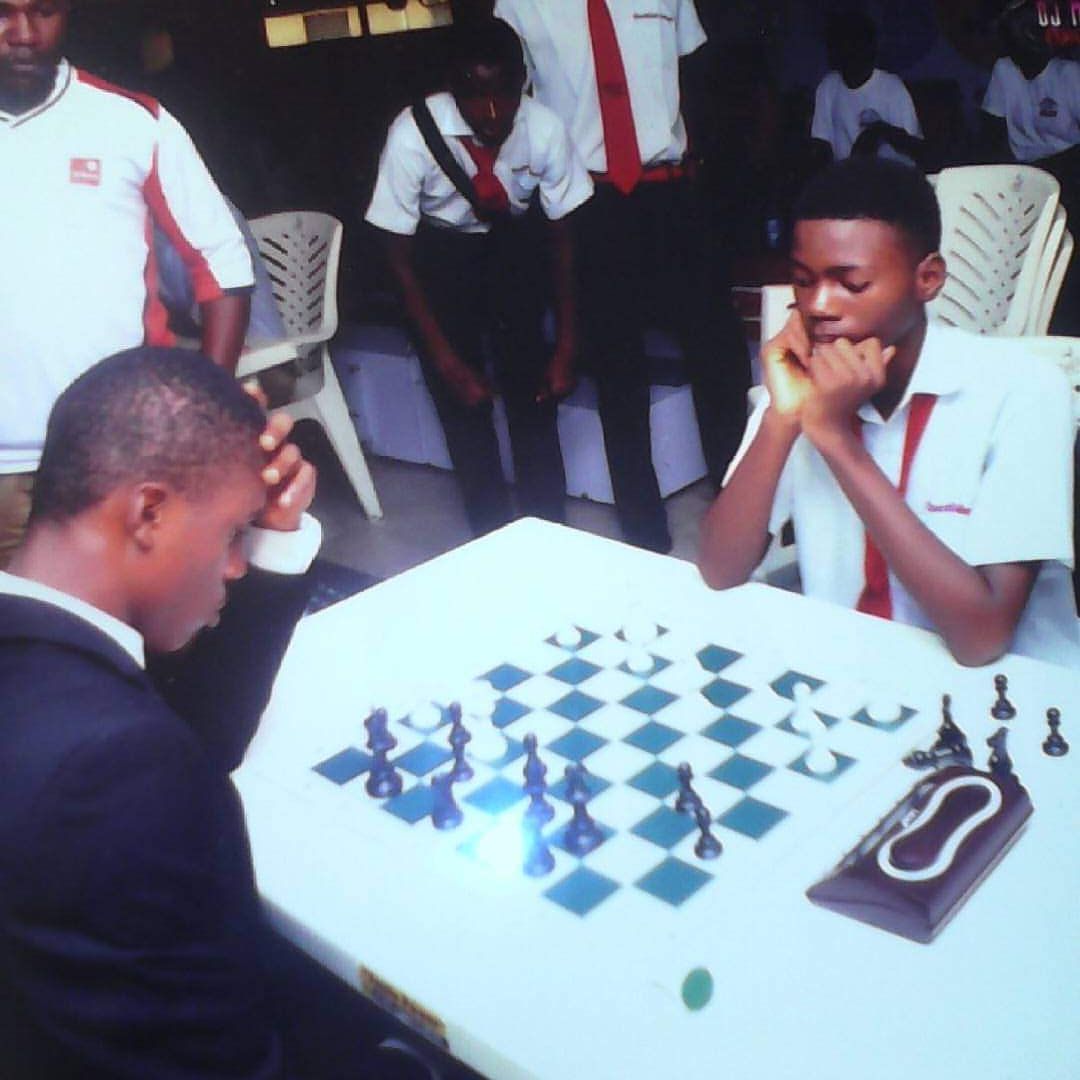 I won all the three Possible Gold Events in the competition and was the best player in the state with my name in the newspapers and television stations. Also won huge gift vouchers from renowned brand like Addidas and also the lagos state government gave my school other sports equipments as gifts for dominating the chess event.
I ended the year the U-16 chess National champion and was to play a world event which I couldn't make due to financial constraints I also played chess for my university, in the Nigeria university games[NUGA 2017] And west African University Games[WAUG 2018] winning two bronze medals and one Gold Respectively Trying to start my life after school with responsibilities as a typical Nigerian, my chess activities reduced but it still didn't hinder me from winning my first major tournament this year! Yes! Major as it was a Rapid event filled with internationally recognized masters. Link to the tournament

There have also been sad days,Days I left the tournament venue crying.Alot of times travelling and coming back empty handed but today I talk only about smiling days, Days which everyone wished to be me,days my parents were grateful about their only child,days were i thought i was Invincible.

The used images in the article without a source are mine

Moms & Dads On Hive, Here Are 5 Reasons Why Your Child Should Play Chess!

♟♟♟♟♟♟♟♟♟♟♟♟♟♟♟♟♟
To those reading till here...
If you love chess and want to play,There are three Chess tournaments done on Hive every week played on https://lichess.org
One On fridays by @stayoutoftherz,another one on saturdays by @schamangerbert and we are beginning season 2 of the tournament by @chessbrotherspro this sunday!

You can join The Chess Community for more information.