Good morning hivers, I am crazy about football and on this platform, I liked to write about reviews about football matches that occurred in weekends,European football plus Rwanda related games but thought I change for this morning and write about a new topic,

It is not common to see two brothers playing the beautiful game and reach great heights but I bring some notable mentions of famous footballing brothers,

Andre "dede" ayew plays for Qatari side Al sadd and captains the Ghana national team while Jordan ayew plays in the premier league for crystal palace.

They are the sons of abadi pele, A former Ghanaian captain and legend,

Both brothers helped Ghana reach the final of the 2015 Africa cup of nations where they were defeated by eventual winners Ivory coast with Andre ayew dede named top goalscorer of the tournament.

Kolo toure is currently part of Brendan Rodger's backroom coaching staff and he is part of Ivory coast coaching staff, He played as a central defender for Arsenal, Manchester city, liverpool and Celtic.

Yaya toure was more of a success than his brother as he was named the africa player of the year for 4 consecutive years between 2011 and 2014 and BBC African footballer of the year for 2013 and 2015, Both brothers won the 2015 Africa cup of nations and featured in the team of the tournament. 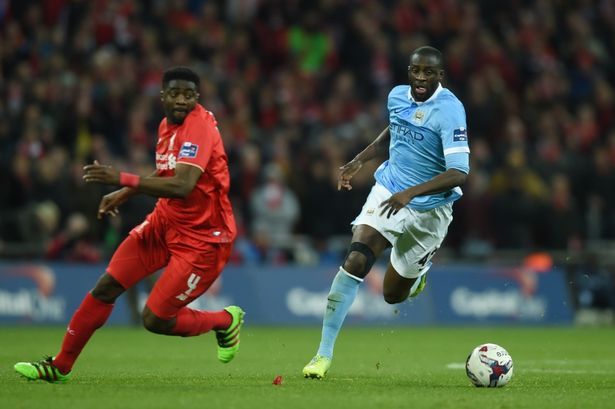 Gary Neville works a pundit for sky sports and coached Valencia in 2015 to early 2016,

They were both part of the famous 1999 Manchester United treble winning season and multiple premier league titles win and have a whopping 903 appearances between them.

Jerome boateng is a central defender who plays for Lyon and represented the German national team winning over 70 caps,

Kevin prince Boateng plays as a midfielder or forward for German side Hertha Bsc and the Ghana national team,

Even though they are estranged, They have enjoyed on pitch glory as Jerome boateng won the world in 2014 with Germany and Prince won La Liga with Barcelona in 2018 and Serie A with AC Milan in 2011.

They initially started together at Chelsea while Thorgan was going on loan to Borussia moenchengladbach and he was eventually sold and impressed afterwards in the Bundesliga hence earning himself a move to Borussia Dortmund, Eden made a name for himself at Stamford bridge and earned a dream move to real Madrid.

They are both part of the team that took third place at the 2018 world cup in Russia. Have you noticed any notable brothers missing, feel free to air your views in the comments.