I know I made a promise to be more active here and I had broken the promise as I had spent almost two weeks without sharing anything here but trust me, it's not my intention not tbe active like you all want me to be but the demands from the physical world is quite much and overwhelming at the moment.

BACK FOR FOOTBALL'S SAKE!

I am sure my regular readers would expect me to say one or more things about Manchester United's terrible situations but I would rather not feed on that topic for now, time is yet to reveal the truth but then, I am here to share the highlights of my FPL experiences for game Week one. 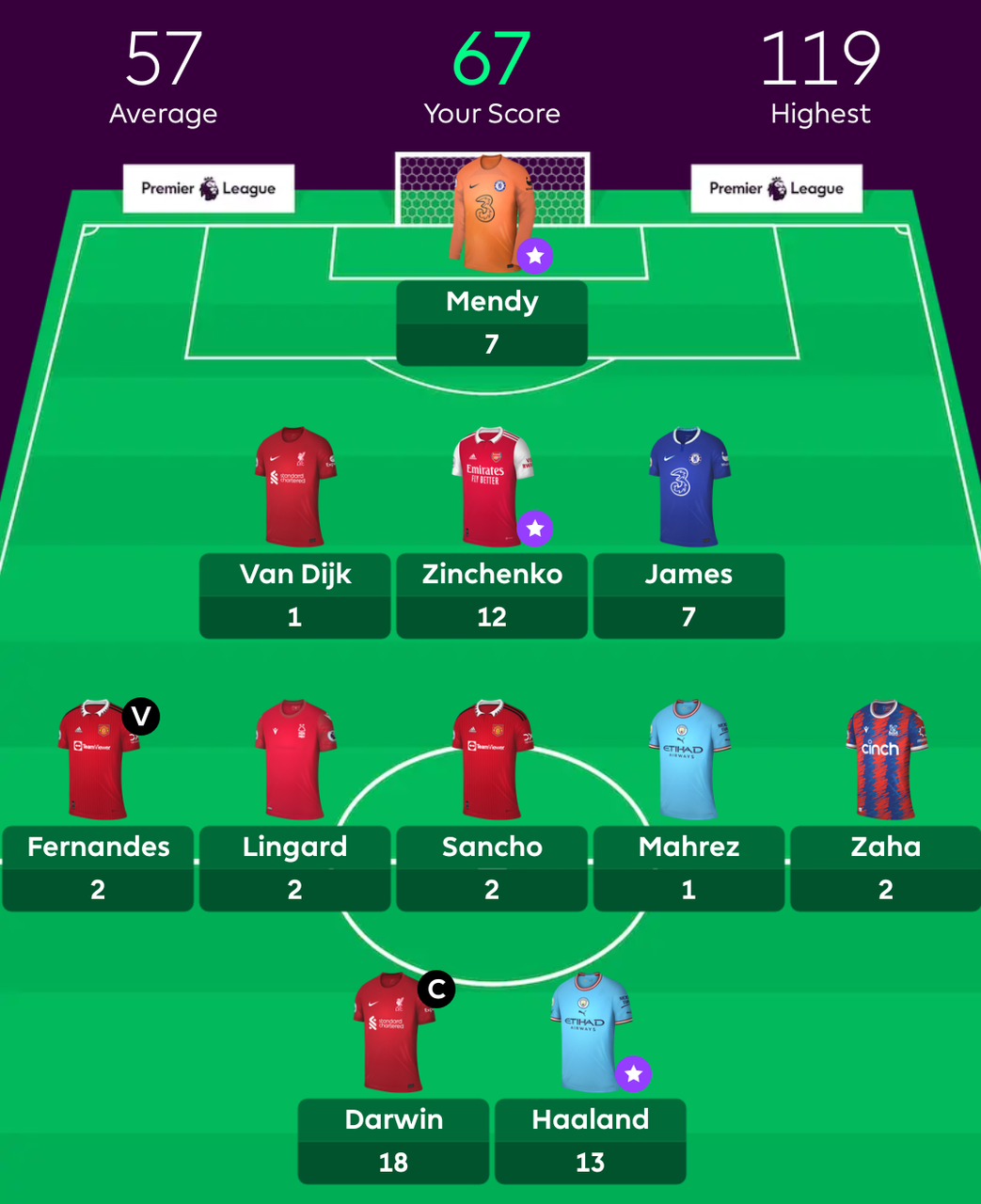 Beating the average score is always the first thing almost every FPL managers are concern about and for me to beat it with ten points on game Week one was quite a good experience for me but I sincerely expected more.

Still considering my defense line, I actually expected Liverpool to win with clean sheet against Fulham but the match turned out to be quite surprising and that led to me having Van Dijk with just one point.

Zinchenko had a very great time with starting for Arsenal and at first, I thought he would have to struggle and fight for his place in the team for some time but as it stands, I'm convinced he would be a regular started for Arsenal.

Personally, I haven't seen a defender as rugged as James in all the big teams in the EPL, his charisma and vibe is always on the high side and it's been difficult for me to think of keeping him out of my team since last season; somehow he manages to deliver almost every time.

Thanks but no thanks to my instinct, I had it so tough and painful with and from my midfield; I almost had my captain from that position but lucky me, I decided to trust a striker more.

For now, I feel the likes of Salah and KDB would be the reigning Kings of the FPL midfield. I do not have any of them yet but in no time, one of them is definitely coming into my team

Another thing is that, for this season, I think I would be trusting strikers more with my captaincy band than I would with my midfielder. There are couple of new strikers for almost all the big teams and they are all striving to keep their games up.

Many weeks before the match, I had this strong feeling that Haaland, Nunez, and Jesus were going to score on their EPL debut for their new team but it was difficult for him to have all the three in my squad so I opted for Haaland and Nunez alone and lucky me, both of them delivered as expected.

If I am being sincerely, I was really pained I had Mitrovic on my bench considering the fact that all my midfielder weren't good for that weekend at all. I should have just played a 3 - 4 - 3 formation and bag over 70 points in total but all the same I'm glad it was a fair start this season.

All images are snapshots from my FPL mobile application.

THANKS FOR READING MY BLOG!