Ten Hag had a shocker in his first competitive game as the manager of Manchester United. Losing at home to a Brighton in gameweek 1 will surely not be taken lightly.

That was the worst possible start for them.

Interestingly, Ten Hag is already getting the sticks for starting this game without Ronaldo in the line-up and we may (big probability) talk about that in a minute, but before that, let's look at other aspects of the game.

He is a great manager and he did what he could with what he had. We can't blame him because he is surely not a miracle worker and I'm sure Man United fans are not expecting their team to win the league. They have many things to fix.

But, what do you think about the choice of starting Harry Maguire again?

The dude has been unperforming for as long as I can remember. No manager has been able to fix the Maguire issue, yet he seems to find a way to be the first sure name to appear on the line-up regardless of the manager.

I never expected Maguire to start today and I was freaking surprised when I saw him partnered with Martinez in that CB position. Martinez also didn't have a good game, but I won't rate him based on today's performance. His performance is exactly what you will expect when a newbie to EPL is playing with a very awful Maguire.

As if that's not enough Maguire's post-match interview was also awful. You need to watch that and see for yourself. He surely doesn't deserve that Captain armband in a club like Manchester United.

Fred and McTominay in midfield for Man United.

This is quite funny. These guys are already proven to be middle-table quality. I wonder why Man United didn't ship them off to Leicester, West Ham, Everton... no offence meant to any of these clubs.

You can't get a solid performance from Fred and McTominay and it's a shame to see them week-in week-out in that jersey. I genuinely believe they are not Manchester United quality. 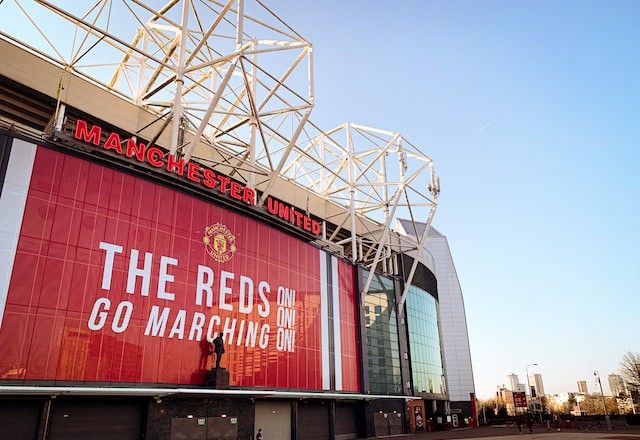 This current Man United squad have a lot of loopholes. Some of the players are awful and it will cause a lot of damage if this is all Man United have in their arsenal. It's time for Man United to get the right scouts who will do their homework before recommending players to the board.

To be fair, there are too many average players in the squad, especially in the midfield. In terms of elevating how the midfield is and having a real opportunity to change the trajectory of the way the club has been over the recent years, McTominay needs to be replaced. Fred should also be coming off the bench.

The transfer window will officially close on 1st September. I wonder if that's enough time for the board to get things right. Make sales, bring in good legs and leave the rest for Ten Hag and the boys.

Talking about Ten Hag's choice of leaving Ronaldo out in the starting line-up;

Immediately I saw that starting line-up without Ronaldo in it, I knew there will be a whole bunch of interesting arguments about that. Of course, Twitter lads didn't disappoint. Haha. So many things were said.

At first, I thought, 'Ten Hag may be onto something with that team selection' but with the way the game played out, the argument became even more interesting.

I would allow y'all to tell me what you think about that.

Was it a good idea or a very poor one from ten Hag?

Feel free to lemme know what you think.

Thanks For Not Missing Any Full-stop Or Comma
Screenshot from my FPL page.
Image from unsplash