I believe that it is impossible not to feel the exit of a player like Cristiano Ronaldo in a team, his presence alone is an inspiration for the team. He successfully developed the ability to influence the whole team with his form while in action.

We can all agree to the fact that he brought so much life into the game against Newcastle over the weekend for Manchester United, he is just exceptional with his personality on the field of play.

The Portuguese forward quit Juventus a few weeks ago to join the club that brought him to the limelight, returning to Manchester United must have been a dream for him and he must be feeling really good fulfilling that.

Juventus haven't been in a good shape since he left the club, they have lost two out of two since Ronaldo left the club. The Italian giants first lost to Empoli at the Allianz Stadium in Torino, it was a disappointing result because it was expected of them to use the match as an opportunity to cover the points they lost after playing a 2-2 draw against Udinese in the first match of the season.

Juventus drew the match despite Ronaldo impact on the team, the forward got a goal that was unfairly ruled offside after coming in as a substitute in the second half of the game. The club hasn't been able to get a point since the match and that is one of the worse starts of the season performance for Juventus in a while now.

They suffered another loss against Napoli which wasn't surprising because they lost even when they had Ronaldo. It would get disastrous for the team if things continue like this for the team and they might be able to challenge other teams for the title.

The team still has a good stand without Ronaldo and I hope things get in shape for them before it gets out of hand but I am still on the fact that his presence would have made an impact in the two games that were lost back to back.

As it stands Juventus now sit 16th on the table after three games in the Italian Serie A. 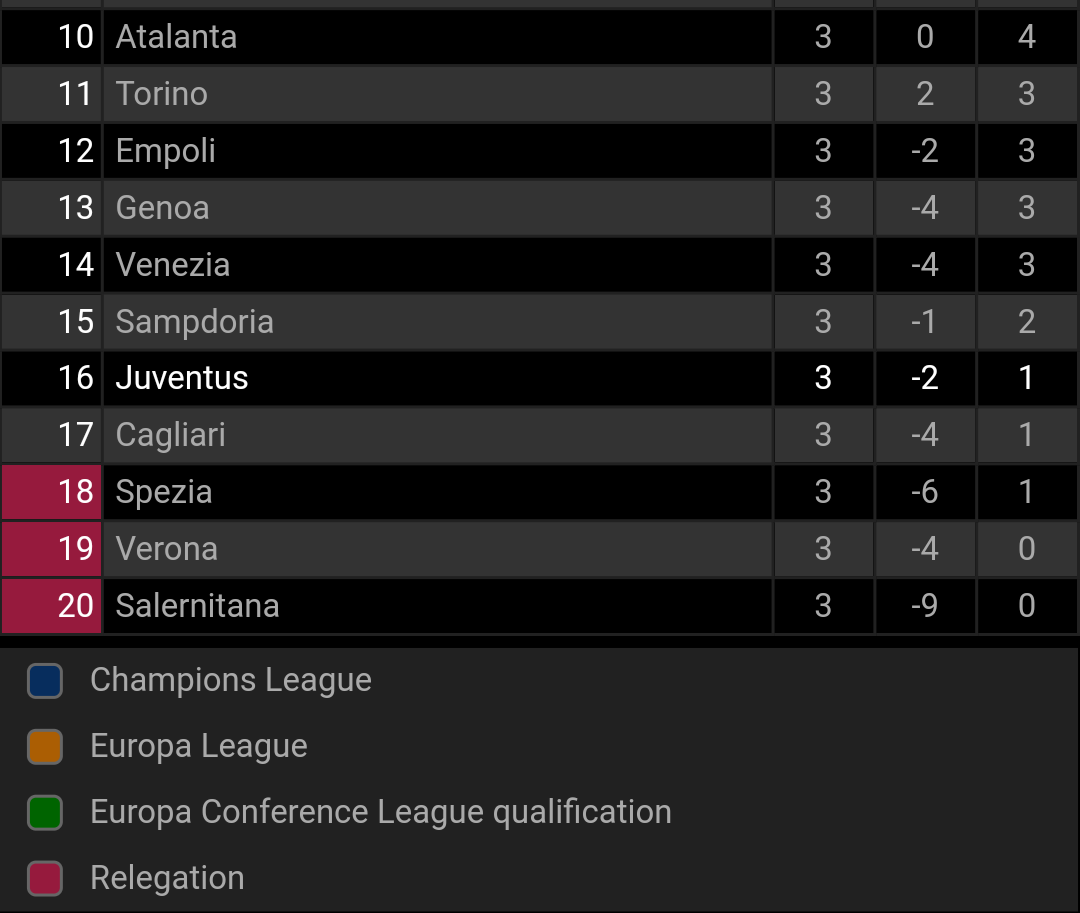 While Juventus are struggling to get back in shape, Manchester United is enjoying the service of the football king in the English Premier League.