Little guide to avoid typical mistakes when determining insects and other arthropods.

jaki0174
a year ago
inFascinating Insects

Looking at our little HIVE community after quite some months of existence I think it's doing rather well. Some really excellent photographers like for example @vfsms-food, @akukamaruzzaman, @digitalis or @brianhphotos are enjoying the visitor with their brilliant macros, @borjan is writing impressive articles about his long walks and expeditions, and I really appreciate the support of @faltermann, a butterfly expert and dedicated insect lover. Thank you and all these other engaged members which are contributing to the success of "Fascinating Insects"!
Also the recent community support by @acidyo with @ocdb is highly appreciated!

Of course where there is light, there is also shadow. For example plagiarism is always a threat as the internet offers lots of opportunities for cheaters to find and use content which isn't their own.

Another problem is that many users are too careless when it comes to the names or any details about the insects in their pictures. Way too often bugs are called beetles, wasps named flies or spiders labelled as insects.
My advice: if you don't know the exact name of an insect in your pictures neither guess nor invent one - better just ask. :)

In my eyes one of the aims of this community, apart from offering fantastic photos, is to spread knowledge about our little creatures and educate the reader. Furthermore, the impression the community makes on people outside HIVE matters, so please, be careful with your statements. :)

It's my daily (and really time consuming) job to go through the big amount of new posts and spot and correct at least the biggest mistakes.

To ease this work a little bit, recently I started to create some text blocks to explain typical errors and misunderstandings.
Today I would like to publish some of these boilerplates and pin this post as kind of (extensible) 'knowledge box' for our members on top of the community.

So here we go:

What's the difference between spiders and insects? 'Red-headed cardinal beetle' (Pyrochroa serraticornis), as example for an insect. What's the difference between bugs and beetles?


Bugs (suborder Heteroptera) are having hemelytra where only the basal half is thickened while the apex is membranous (a part of the elytra looks somewhat transparent).

The other main difference between bugs and beetles (order Coleoptera) is that beetles have chewing mouth parts where their mandibles play an important role, while bugs are using a multipiece proboscis for stinging and sucking plant sap or the haemolymph of their victims. The 'Maybug' (Melolontha melolontha) is a beetle! What's the difference between flies and bees, wasps, ants?


Bees (like for example also wasps and ants) belong to the order Hymenoptera.
However, flies belong to the order Diptera which - unlike alate Hymenoptera - have only two wings plus halteres. Furthermore, if experienced enough, you may recognize the typical eye shape and colour, mouthparts (proboscis) and short antennae of many fly species.


Flies of the genus Lucilia. How to differentiate bees from other wasp species?


Bees (Anthophila) use a proboscis to incorporate nectar. All bees are vegetarians.
Other wasp species possess chewing-biting mandibles to be able to crush their prey, for example insects and spiders. Many of them are omnivorous.

The body of bees is usually rounder and more hairy, while other wasps are more elongated, slender, with a clearly visible waist, and less hairy. 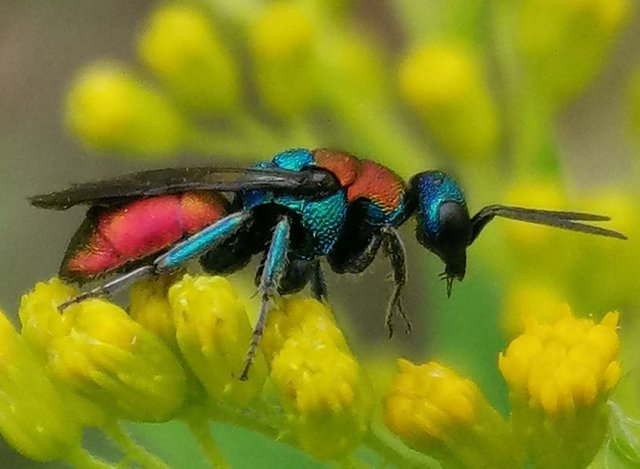 
(Harmless) 'hoverflies' (family Syrphidae, order Diptera) are mimicking venomous insects (for example wasps and bees, order Hymenoptera).
Like all other flies they have only two wings plus halteres, while wasps and bees have four wings.
The concept behind this Batesian mimicry is to be protected by appearing like a dangerous insect but at the same time saving the energy which would be necessary to produce venom.

Helophilus pendulus as example for a hoverfly. How to differentiate between grasshoppers and crickets?


The order Orthoptera is divided in the suborders Caelifera (including grasshoppers and locusts) with short antennae and Ensifera (including crickets) with long antennae.


Orthoptera species of the suborder Caelifera. Nymph of the 'great green bush-cricket' (Tettigonia viridissima) as representative for the suborder Ensifera. 'Blue-tailed damselfly' (Ischnura elegans). Many thanks @faltermann for providing this beautiful photo! 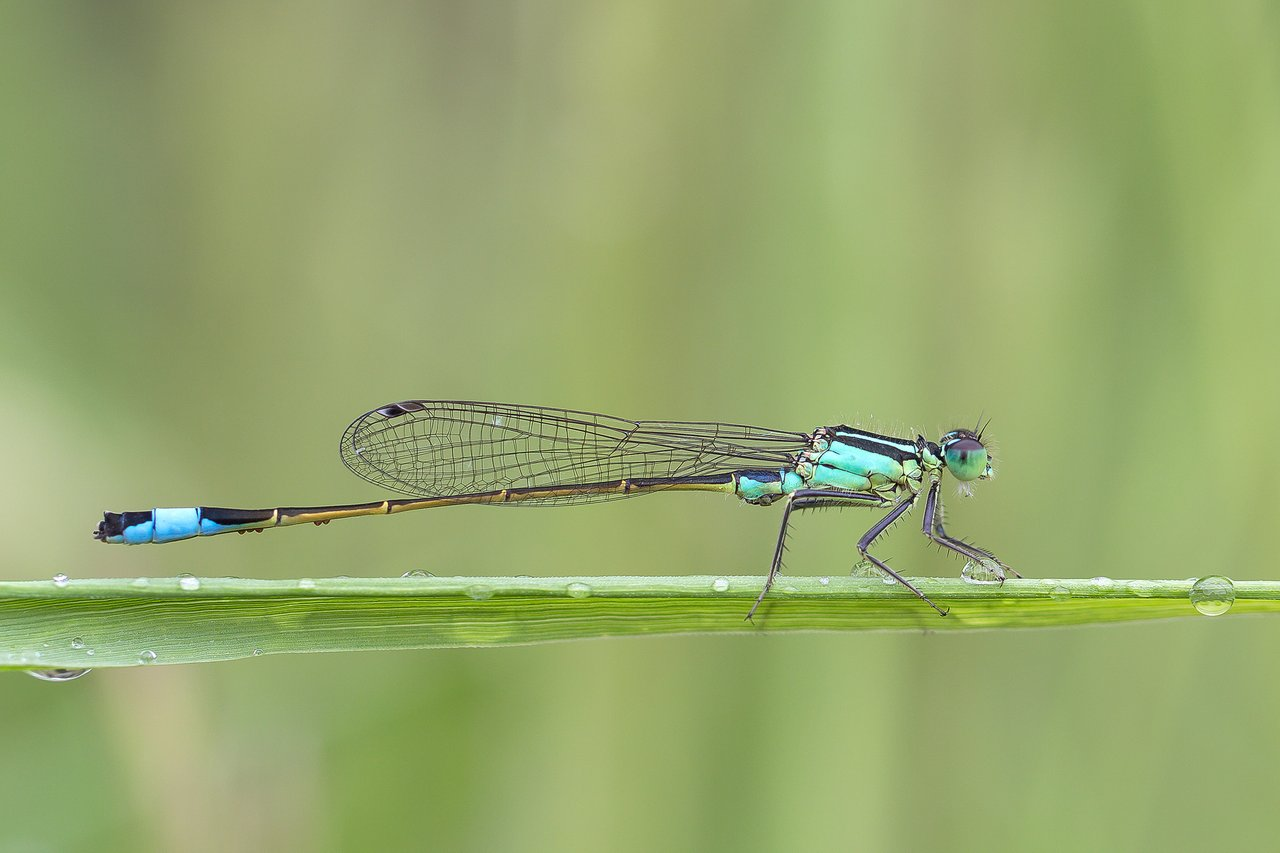 How many legs do caterpillars have?


Like all other insects also caterpillars have only six legs (three pairs near the head). Structures of the abdomen which appear to be additional legs are called prolegs.

What are the differences between harvestmen and spiders? 
Many people fear insects, call them a "pest", "annoying" etc. and even try to kill them.
However, there is a reason why I chose the name "Fascinating Insects" for this community.
Let me mention some amazing facts about my beloved little creatures:

Always when I hear someone call insects a "pest" I ask "Why? Do they pollute their environment, destroy the rain forests, change the climate, overfish the oceans, produce plastic and radioactive waste, conduct wars? Or is Homo sapiens doing all that? So who is the pest?" :)

Insects are doing exactly the same as every other organism on this planet (including us), too: to forage, try to defend themselves, find sexual partners to spread their genes into the next generation. Because of their huge success in doing all that we tend to consider some insect species as serious concurrents.

This is a community from insect lovers for insect lovers where the fascinating little creatures aren't "pests" but the main actors, the glamorous, admired stars! :-)