I have a treat for you this week. A tent-web spider! These are orb-weaver spiders, from the family Araneidae, but with something special. Aside from their wacky abdominal shape, these spiders make a very unique web.

The photos here are of an adult female who had made her nest beside the prime real estate spot where most miggies (midges) and mosquitoes hang out: an LED light. As you'll see in the pics, the web was filthy, littered with hundreds of carcasses.

But that's not all. More secrets of the tent-web spider will be revealed. And I'm truly excited I found this spider near home! 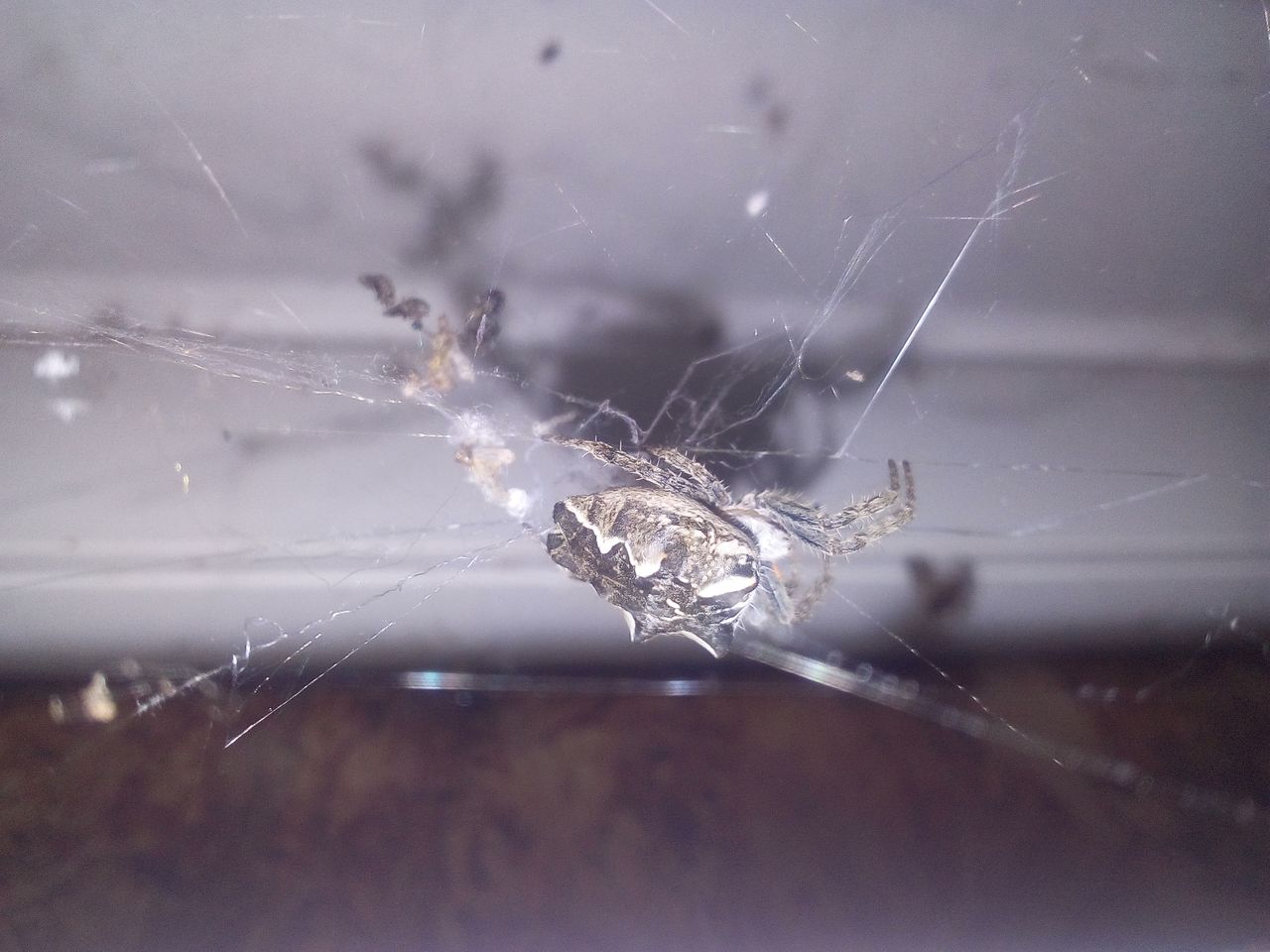 But, what's so special about this spider? Their little tent in the centre of their web is genius, in my opinion. And I'm not alone. The structure could very well be giving these spiders a huge advantage because their webs can withstand the weather better in wide, open spaces where other web-dwelling spiders can't thrive 1.

Which makes a lot of sense for the Nama-karoo. Lots of wild, pokey grass and little else here. But these tent-web spiders are flourishing. The structure of their unique webs also show that it protects better against predators while, at the same time, makes it easier to catch prey 2. Considering tent-web spiders are ecribellate (where the spiders make "non-sticky" silk, thanks to the lack of an organ called a cribellum) they need a design that can give them the upper hand. 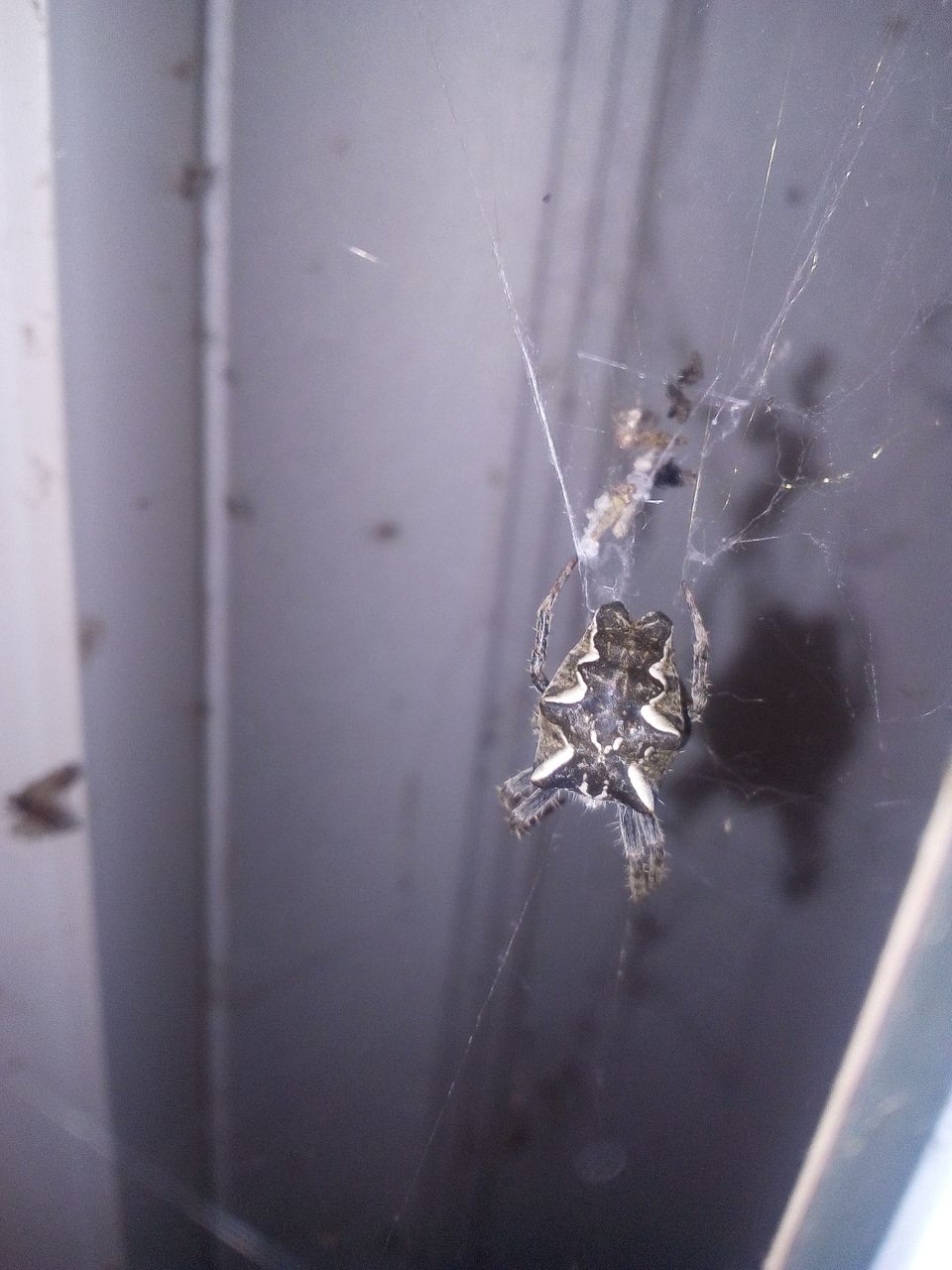 When you study spiders, especially the ones native to your area, you gradually get a sense of how to identify them. First by family, then by genus. But it takes practice and time. I'd seen reports and photos of tent-web spiders before in the local spider club's media, and they've fascinated me. They're memorable spiders.

So when I came across a spread of lots of small, drooping sheet-webs together, I immediately knew which spider occupied them. And because South Africa only has two known species of Cyrtophora 3, it took one look at the spiders themselves to know which species they were.

The other species of Cyrtophora looks like a cross between a golden orb weaver spider and an Uloborid (hackled mesh-web weaver spider). Suffice it to say, the two species are like day and night.

Around 3mm in body length. Leg span of approximately 5mm diagonally. Possibly sub-adult and not fully mature yet. 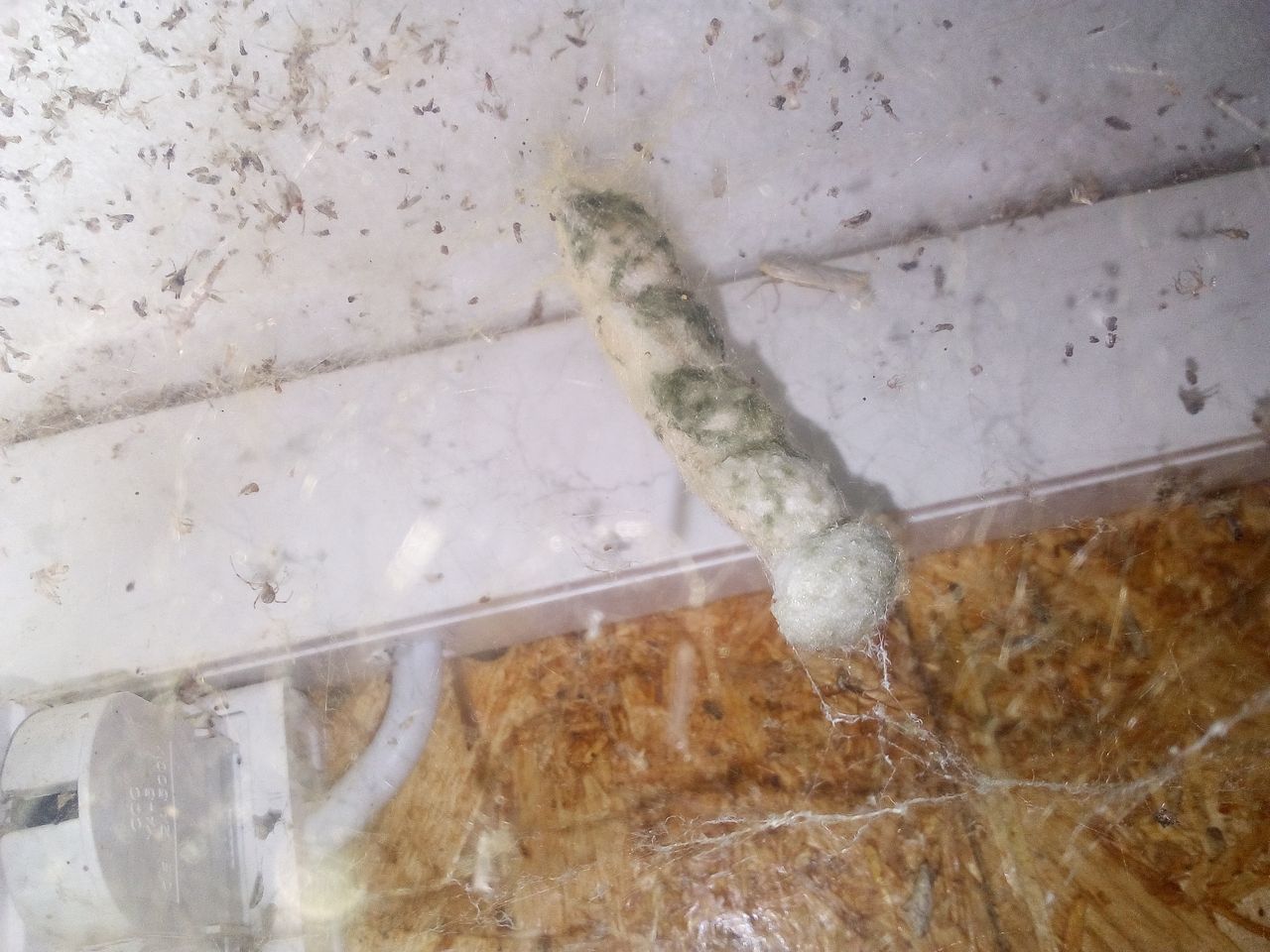 Egg sacs of C. citricola lined in a row within the "tent" of the mother's web

Now we get to the best part, where all the secrets and excitement are revealed! Aside from the unique web-building technique these spiders have, C. citricola is further special and interesting due to the different (often wildy different) variations of the abdominal colouration and pattern the species has.

From black & white colours, to an almost uniform olive-brown colour, and the grey & black in between. Even a grey & red colouration! Not to mention its variances in the opaqueness of the pattern and abdomen shape 3.

But that's not all. C. citricola are one of the few spiders that are colonial! They group together in an area and build their webs close, like a small colony. They're not "communal", however, so each spider has their own web. Uloborids are similar in this behaviour.

This adult female and all her offspring are the tent-web spiders I mentioned in my post about Argiope lobata. It still fascinates me how these spiders co-exist under the abundance of food.

Like Argiope and Pholcid spiders, when C. citricola detects a threat through vibrations on her web, she'll "bounce" herself on the web which makes her difficult to see. And if the threat persists, she'll scurry into the "tent" of her web. This is rather effective, though it might not look it.

Her web is impressively strong for even an orb-weaver. Almost as strong as a funnel nursery-web spider's web. Getting to her "tent" required some force to break past the silk in order to remove the empty egg sacs and move the mother to a new location.

There is a theory about this tent-style sheet web, as well. Orb-weavers don't do the whole sheet-web making; that's a Linyphiid (tiny sheet-web spiders) thing. The theory supposes that Cyrtophora's sheet-web is a remnant of a shared Linyphiid or Uloborid ancestor that orb-weavers used to share 4 but not everyone agrees with this idea 5. 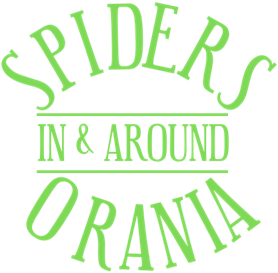