The house made of paper 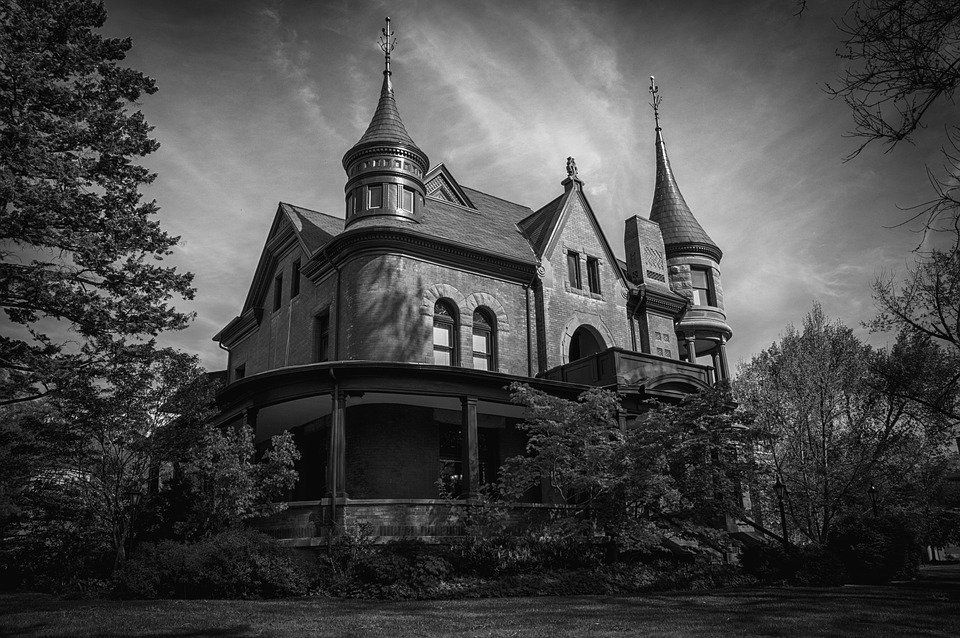 After the incident of the floating house had arisen, people grew more and more wary of the house, naming it "the haunted house".

Soon it fell into legend, into the realm of the supernatural. A few said that they could imagine that house by their window, flickering with fantastic colours and looming in the fields at night. With every report, the stories of the house came more alive. It was said that a man had stumbled upon the house as a child. He saw it by the window one day, with a silver glow. He went to it and was greeted by a silver lady, who showed him around the house, where he met many others. They had a celebration for him, but all left on the day the growing-up man said he had to leave. From then the man had written stories for the rest of his life, and as he aged, his stories became more lucid, more beautiful and haunting.

One day, a man, who had wished for a more stimulating life, found himself on a train, going to somewhere he longed to be. It was said that he had come from a place where he would easily pass the time, counting the times cars would go by the window. When he first saw the floating house, he had not realized how beautiful it was, and when he had, he went from being displeased to delighted."When I was little I used to draw all the time, just like a lot of kids. That was all I did; I knew no other way to spend my time. I knew it was strange, I knew that the other kids didn't do that, but I never paid attention to it. I wasn't an antisocial child, I had friends, I had other things to do. But still, when I didn't have anything to do, I drew. I liked it. It helped me feel like nothing else mattered. I could do whatever I wanted. No one could tell me to do anything. No one could make me do the things I wasn't doing. Painting, drawing, writing, dancing, they all came naturally.

My mom was different. She didn't like me to draw or write, and for the most part, it was no different for her. She was a kind woman and loved me, but she just did things her way, and that wasn't always how I might have wanted her to do them, but I learned.

Yes, I learned. I learned that no matter what she did or what she wanted me to do, I would always have a choice. I could decide what I wanted to do with my life, and that no one was going to force me to change.

I understand that this isn't the most exciting of stories, but that's how it is. I'm writing it because I feel like you can understand. We both saw a side of our families that we'd never noticed before. Nothing big, but still something we'd never before noticed. The way we looked at our parents changed. We had a different perspective on them, and they were no longer the same people.

It all started the time I was drawing a portrait of her. She was sitting on the couch, watching a box with a screen that showed images of far away places. Places I knew she would never go. She was amazed by these worlds that seemed so close, yet so far for her. And she was happy. She was happy by just watching these things happen, and that was enough for her. I was young, but I understood. I was happy for her. I was just watching, so when it was time for me to go to bed, I was already a bit tired. But as I went to my room, I realized that I hadn't drawn her portrait yet. I tried to draw it quickly, and I did. It took me a few minutes, but I did draw her. I felt proud. But I had to get some sleep.