Hillbilly Elegy made me feel emotional, so it was a surprise to open up so many angry reviews which further compelled me to search for J.D Vance’s twitter handle, the writer of the memoir from which this film was adapted from. 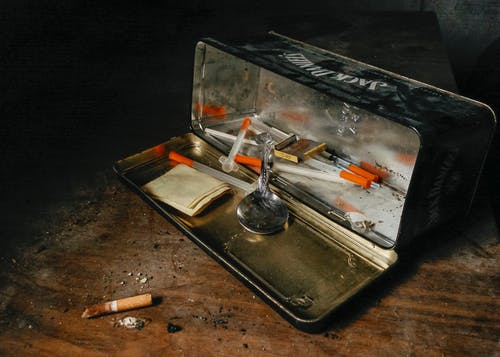 It was a huge disconnect from what I was feeling, mainly because it was only at the end of this film that I realized it was based on real life events. That made it even better for me, not worse, but the critics disagree.

I find it hard to concentrate enough to read the reviews with a microscopic eye in order to find the flaws because much of what I’ve skimmed through suggest that the root of the outrage against this film is based on things/a history of white America that many people do not seem to agree with, or feel was depicted poorly. From being called ‘poverty porn’, ‘a boring watch’, to accusing J.D Vance for writing a memoir that claims to tell the story of the mostly poor and white working class of Appalachia through the narrow lens of one man’s life(how else is a memoir supposed to work?), to suggesting that the film is trying to get an Oscar on the backs of notable characters like Glenn Close and Amy Adams for a very trite and unimaginative story, there seems to be so much vitriol for what I thought was a good story of forgiveness, resilience and the close bonds we can have with our families even when they are dysfunctional. I have not read the actual book, so I am only judging from the the standalone context of this film.

Hillbilly and his sister were raised by his mother, a nurse with a drug addiction and a temper. She was physically violent and created an unstable environment for Hillbilly and his sister. An intervention was held by the beloved Mamaw( my favorite character and Billy's grandma, acted by Glenn Close), who becomes Billy’s guardian and ensures he stays away from the wrong crowd, does his homework and never lets an opportunity slip by like his mother. Unlike Hillbilly, who later makes it to Yale Law school, the film explains the boiling rage in his mother’s life by the stolen opportunities in her life. Growing up, Bev(Billy’s mum acted by Amy Adams) had been the best in her class. She got pregnant too early and resented how this made her life turn out. The film doesn’t fully explore this in-depth but it at least helps understand why she flips so badly. She’d also had the bad luck of being raised in an equally toxic environment, with a drunk father who was violent to Mamaw until they split. Of course, by then, the damage had already been done to her psyche.

The film feels like a stretched account of all the activities that happen on the day Billy returns back to his hometown after his mother OD’ed. The timing is critical because he needs to be present in a few hours at an interview at a big law firm that should make his career if he gets it. His attempts to help her get to rehab, and her unwillingness and resentment are all sources of tension and conflict that the film uses to build up our emotions. Maybe I connected with Hillbilly’s struggle as someone who wishes to escape from the generational rot that families can come with, because I found similarities in mine, or maybe because I understand the angst of reaching for the stars and not having a leverage or a shoulder to fall back on but yourself. I loved it so much as a real life happy ending story that inspires hope and proves that dreams can be accomplished by the application of one’s self regardless of one’s background. I understand true life is rarely ever straightforward or with numerous happy endings, but since this is one story that shows the possibility, I’m happy to take it and celebrate it as a win for Billy and for me.