BANG! defense is a new branded P2E tower defense game built entirely on the HIVE blockchain. developed by a new talented dev @choof in partnership with the @hashkings team offering a completely new and personalizable experience in each match!

We take advantage of all the possibilities that blockchain gives us to create a customizable game which in its base form is a tower defense game, this means you will need to beat waves of enemies and survive the more waves you can, going through higher difficulties but also higher rewards!

We will have an extreme use of tokenization, as in Hashkings, this will allow players to create multiple paths of earning and possible interactions. 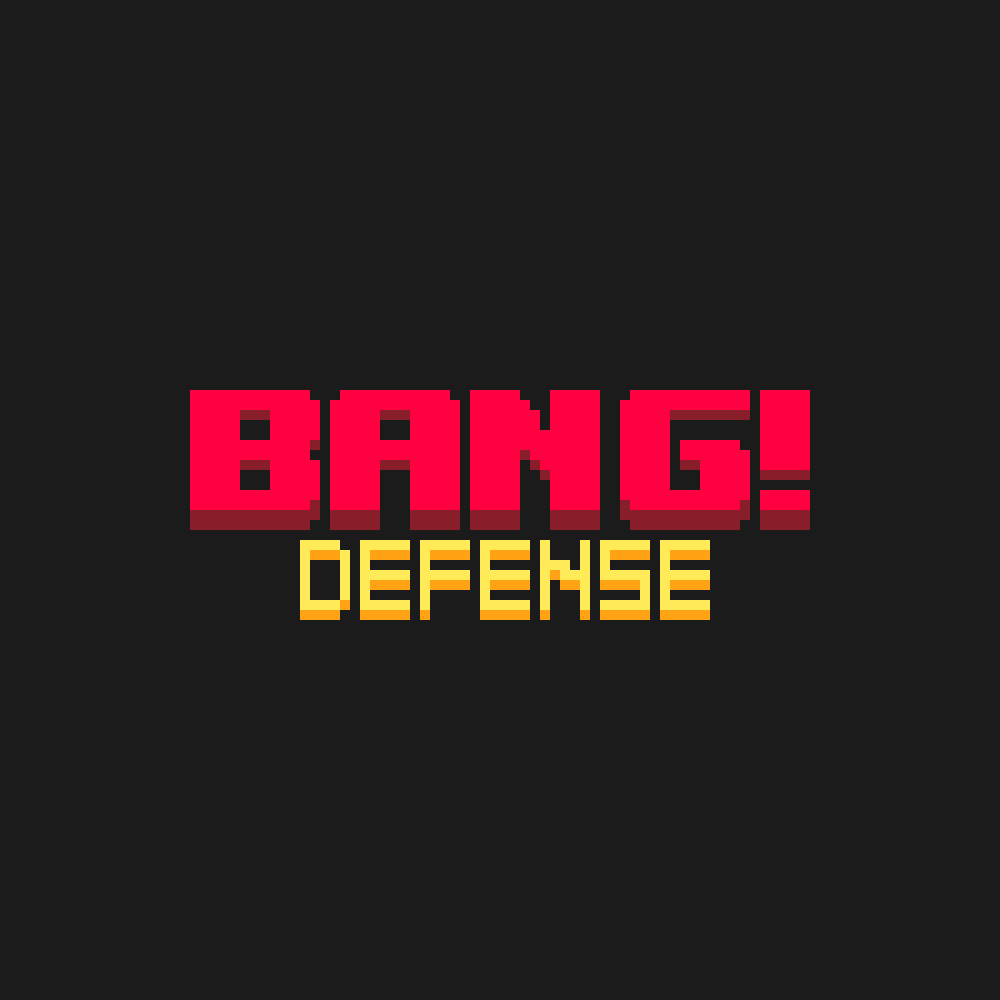 This litepaper will be focused in the general vision and mision the team has with BANG! defense making a special focus in the tokenomics.

We want to open remembering the words of one of our players that defines perfectly what the Hashkings team is: “Crazy, innovative and unpredictable”

We have invested the last year in building the base of what will become the gaming industry in HIVE, all of it powered by BUDS, our central token that not only will give value to all our features and games but also receive the value created by these new games.

We have gone through a long path full of learning, overcoming obstacles, and always with a vision of always trying to improve and innovate. We know the road of being a game developer isn’t easy at all and we also know that the creators, devs, makers are the ones that create richness that will benefit all the HIVE ecosystem, so our mission has to help our fellows to create new experiences, so we decided to partner with @choof an independent developer in all the road of launching a new gaming experience in HIVE as we see a big talent on his actual videogame developer skills and in him as a person.

Hashkings is working hand in hand with @choof in all the aspects that a blockchain game requires in its early stages, reviewing gameplay, tokenomics, advisory, blockchain code, music, art, and we will even design and host its funding sale.

With this, we provide a guarantee of what will be BANG! defense and we put our work until now to attest to what we can do as a team. 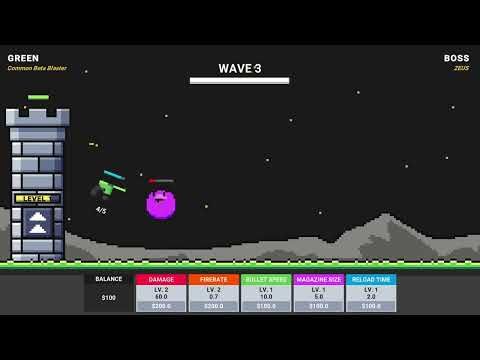 To access to the play-to-earn system of BANG! defense you will require to own at least a skin of a gun to play, everything else will have a base non-NFT skin, the skins will be obtained in crates you will earn by playing the game and opened with keys that can be bought in our in-game shop.

You can still play and enjoy the game for free or even interact with the game in other forms and start earning, but you won’t earn tokens by playing if you don’t own a skin.

Each BANG! defense match is composed of a tower, enemies, guns, a soundtrack, and a background! Our goal for the game is to make it a fully customizable experience so each match even being, in essence, the same, can be totally different and unique for each player depending on their creativity.

BANG! defense will initially have 2 game modes available with different conditions, the endless mode will offer you a challenge in which you will need to beat the more waves you can and you will be rewarded with a token called AMMO, there will be many factors taken in consideration to calculate your rewards like how many enemies did you beat, your collection power, time, etc

There will be a ranked mode in which users will need to spend a certain amount of AMMO to play it, also will be a limit of ranked matches that can be played daily and by playing it you will be rewarded with BUDS and crates.

BANG! defense will be a hyper tokenized game and this means there will be any kind of NFTs allowing players to not only enjoy unique experiences but own them!

The game system will be made of the following kind of NFTs:

As we stated above you will need to own at least a skin to earn tokens by playing, not only that but each of these skins will have a collection power depending on its rarity and set. The importance of the collection power is that will help you in earning more AMMO

Towers will be NFTs that will offer you a perk in your match, each kind of tower will have its own perk and design.

On top of that. you will be able to get towers skins in the general crates, these skins will also offer you a collection of power

BANG! defense will have a default set of enemies skins so everyone can enjoy the experience of beating them but you can also find skins for them in the general crates, you will also obtain collection power, but this will only increase your chances to obtain NFTs in the ranked games.

Yes! you will be able to personalize the background of your matches by owning these NFTs, you can obtain them in the general crates and also give you collection power that will increase your chances to obtain NFTs in the ranked games

You can obtain them by playing ranked games and you will need to use a key to open it, each crate has a unique NFT. In this case, each crate will only give you NFTs of its set, meaning that over time there will be new crates with new NFTs and the old ones won’t be longer available.

You can obtain them by playing ranked games and you will need to use a key to open it, each crate has a unique NFT. In this case, each crate will only give you NFTs of its set, meaning that over time there will be new crates with new NFTs and the old ones won’t be longer available.

They will work in the same way as the other crates with the difference that you will find soundtracks, enemies, towers and backgrounds skins.

What’s a frenetic tower defense game without a good soundtrack! you can personalize your matches with songs NFTs that can be obtained in the general crates and that gives you collection power.

Will work as general crates with the big difference that will contain skins created by players (artists)!! and their revenue will go for them.

And also of the following tokens:

BUDS are used to reward players by playing ranked games, the BUDS used to come from the HK treasury so no inflation is created for this. Also, we will burn all the BUDS used to buy keys in BANG! defense and a certain percentage of keys sale revenue will be used to fill the staking rewards of BUDS and the other to keep developing BANG! defense.

You will earn it by playing regular games taking in consideration many factors like skill and your collection power from guns and towers. You will need to burn a number of AMMO each time you want to play a ranked and that number will be a dynamic ratio calculated using the circulating supply/ matches left that day. This also means there will be a limited number of ranked matches each day

We will have an in-game shop in which you will be able to buy and use KEYS that will give you the ability to open your different crates, many coins will be accepted for this including our actual partnership coins like pizza or one-up.

In the second phase of the game, you will be able to discover and claim unique combinations of the different experiences that can be built on BANG! defense. What does this means? that if you are the owner of different skins for each aspect (soundtrack, background, guns, towers, and enemies) you will be able to claim after paying a fee its ownership and you can start setting a tax (you decide the %, can be 0) if any other player uses this combination in a match.

The tax affects the AMMO generated by the players and the leaderboard points from ranked creating a passive income for the discoverers.

As you can see BANG! defense will allow an incredible personalization of everything in the game! We thought is an amazing opportunity to help the artists in the HIVE community and in a thrid phase of development we will work in a new kind of crate which will include NFTs created with the original creations of our players. This will be open plenty of new revenue sources for them, creating towers skins, guns skins, enemies skins, backgrounds and music!

Of course we will distribute the revenue to the artists choosen in each edition of these community crates for each crate opened by players. We will take care of all the process of creating the NFTs, but the art that will be included in crates will be chosen by the community.

BANG! defense will also feature a ranked PVP mode. An elo-based system will be used to assign players ranks throughout a season. This makes matchmaking players of equal skill possible. Ranks are separated into tiers. In order to progress to the next tier, you will need a minimum total CP power. Being in a higher tier will allow you to get much better rewards.

A PVP match works a lot like the Endless Mode. However, players will be able to use the money to unlock and spawn enemies against the other player. Other in-game economy mechanics, like interest, will be added to emphasize the use of strategy. This creates many ways for a match to play out.

In order to play a PVP match, you must pay an AMMO fee, determined by your rank tier. Rank Points are awarded to the winning player based on an Elo-ranking system. Additionally, winning a match may reward you with AMMO and NFTs. The loser will lose rank points at the end of a match and receive no rewards.

In addition to better Match Rewards, Season Rewards are distributed according to your rank at the end of a season.

As we announced in the Hashkings discord we will airdrop BANG! defense NFTs to our actual players based on their avatar levels, we will do this in a way to include the most users possible. More details will be released in the coming weeks, but for now is safe to say roll some joints.

We will host a funding sale for BANG! defense in which players will be able to obtain packs of NFTs with a lower price compared to when we launch the game, we will launch a specific post talking about all the details of the funding sale like date, prices, content, advantages.

In effect this money will be used to cover all the investments related to building a game in blockchain plus we really want to put tons of love in the artistic part as BANG! defense has an incredible and crazy potential to empower HIVE creators.

For now, we wanna thank in advance our community, our partners that have been with us all this long year and that made this possible, and of course all the new integrants of the Hashkings ecosystem! We will do our best and more to make HIVE great!

We will be adding the in-game stats of the different NFTs in our gitbook as well as all the new information we release, of course you can reach us in our discord :) 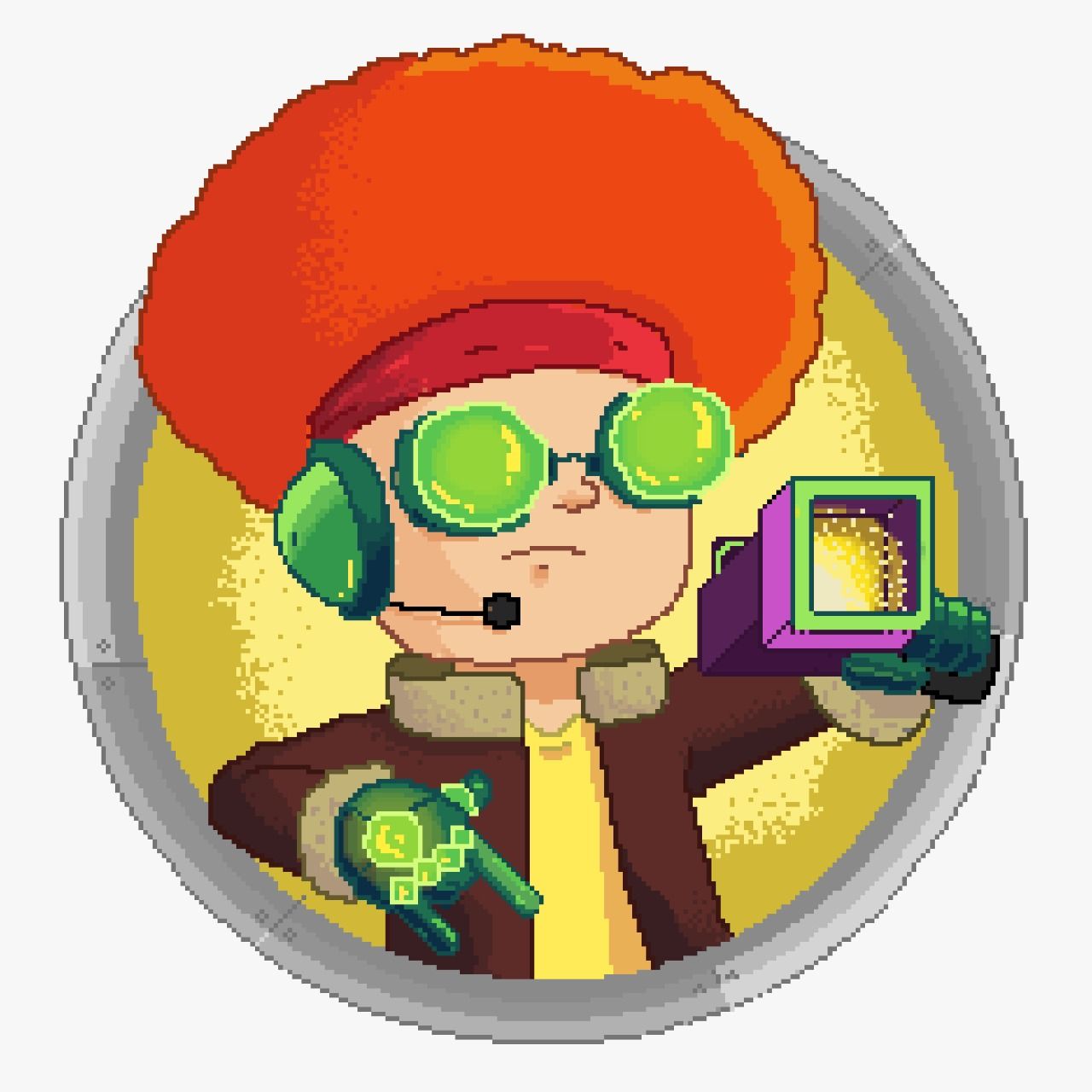