Week 15 Reflection-- Under What Circumstances is the Use of Force Okay?

People will generally go with or cooperate with anything that benefits them and making a profit is the biggest example. There are a lot of problems that come with coercion. The majority of people don’t want to cooperate as a group if they aren’t benefiting from it. However, that makes sense to me and I would do the same. Coercion can be seen as a form of socialism, and people hate that.

There will always be backlash from coercion. There will often be people who don’t want to do what they are being forced to do. This is completely normal. I am the type of person to just follow my gut. If someone tells me to do something I won’t do it just because I think I know better. Now, this isn’t always the best thing to do, but it’s just the way I think. It may seem hard to believe, but I think the majority of people share my way of doing things. Coercion fits well into socialism. Generally, if you cooperate with socialism then you’ll cooperate with coercion. The country that would generate the most backlash from coercion is America. Americans are so set in their belief systems that there is no way they’ll change for anyone. They love going against what someone else is telling them to do.

Cooperation and coercion aren’t two words that’ll ever line up. They just don’t match together whatsoever especially in this upcoming generation. The next generation wants nothing to do with authority or rules. They will simply block out everyone that tries to tell them what to do. Instead of fighting it, let’s just forget coercion all together. It’ll never work and there’s no point in trying over and over again. At the end of the day, people will believe what they want to believe and they’ll do what they want to do. 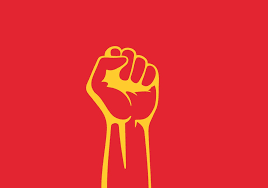