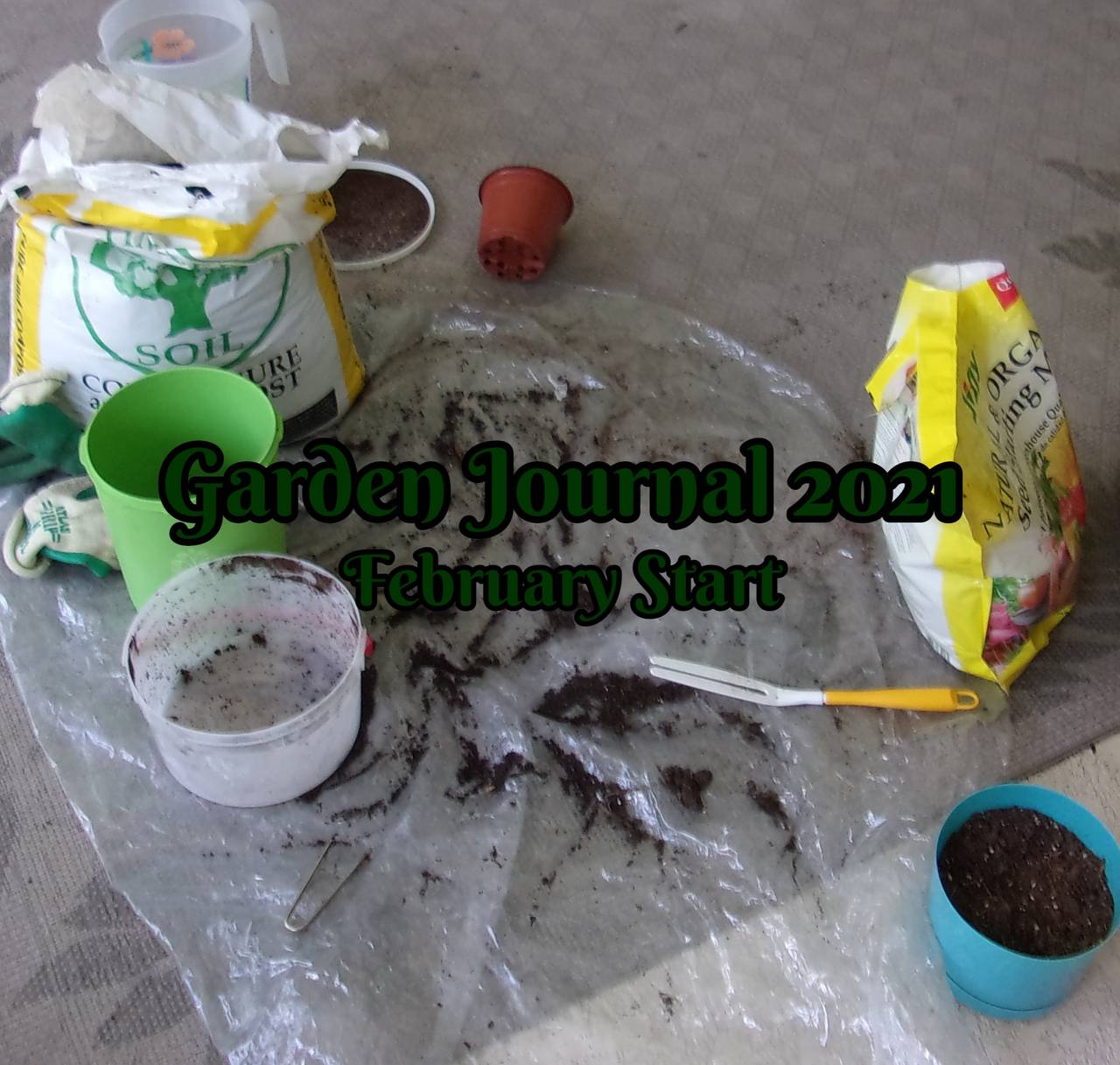 While some places are getting blizzards. Down here things are starting to heat up. As such it was time to start getting ready for this year’s growing season. As we should hopefully be passed any freezing temps that only last for a couple of hours. If not everything is in a container so I’ll just bring them indoors. Some plants have survived our rather light winter. There was also a winter crop. This year things are expanded by a fair amount. Not everything has fully died from last year. Some of it I might be getting rid of soon depending if it's something that will go to seed and turn bitter. Other than that anything that survived I’m hoping bounces back in the spring.

The biggest one for me was one of the green peppers survived. Two or so months back I even harvested two peppers from the plant.

This last remaining pepper on it has been around for a couple of months. While I was hoping it would grow a bit bigger with it getting warmer it is now starting to ripen. I more than likely will be using it later this week or next week. 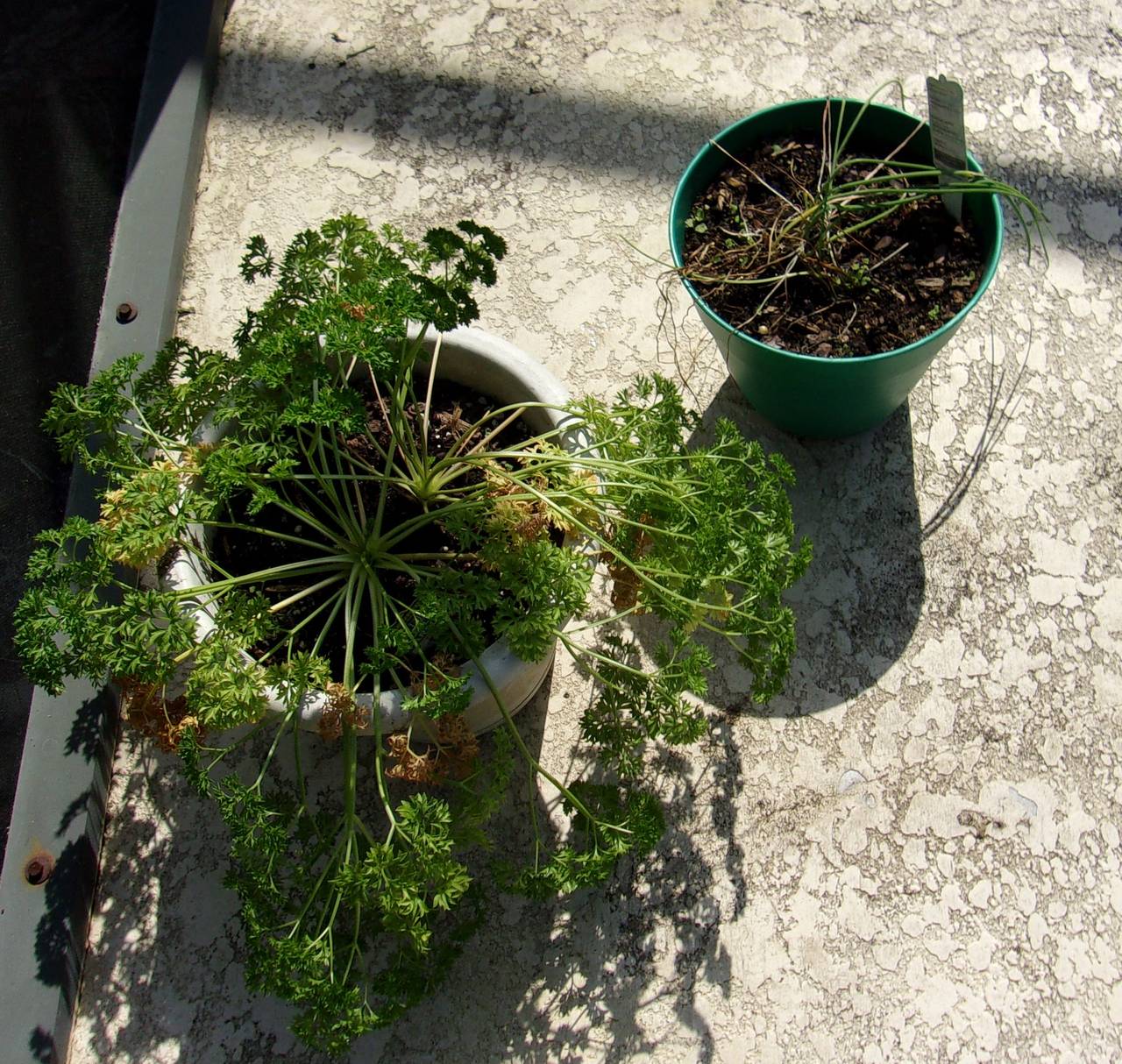 The parsley I’m not quite certain when it will start seeding with it nearing its second year in several months. While I do have a bunch of parsley seeds from the store I am hoping to collect some of my own and try growing them as well.

Quite a few other things like the tomato plants and other pepper plants have died off. Since I’m using containers some of them were used for winter crops. Others I cleaned up and got ready for this season. Outside of what survived from the spring I only had one winter crop I thought I would try this time around. Most times I don’t do anything. These times around there were some potatoes in the house that were starting to sprout and instead of tossing them out, they were planted.

The downside to using a container for potatoes instead of planting in the ground is you get to a point where you can’t add more dirt without it spilling over and making a giant mess. They have taken off quite a bit and have loved the cooler weather.

Hopefully by the time I need this container for peppers the potatoes will be good enough to harvest. I have not grown them since I was a child when my family had a giant garden in the backyard. I have a lot of things planned for growing this year. A good healthy amount of it I now have germinating or already in planters growing. While I have not had success in the past with seeds this time I scaled things up and I’m hoping to have a bit more success.

With the increase in food costs and inflation, I wanted this year to have a lot more than last year's attempt at growing things. While it still won’t be anything near enough to live off of entirely. I’m slowly starting to get closer to that goal of having more things I don’t need from the store. 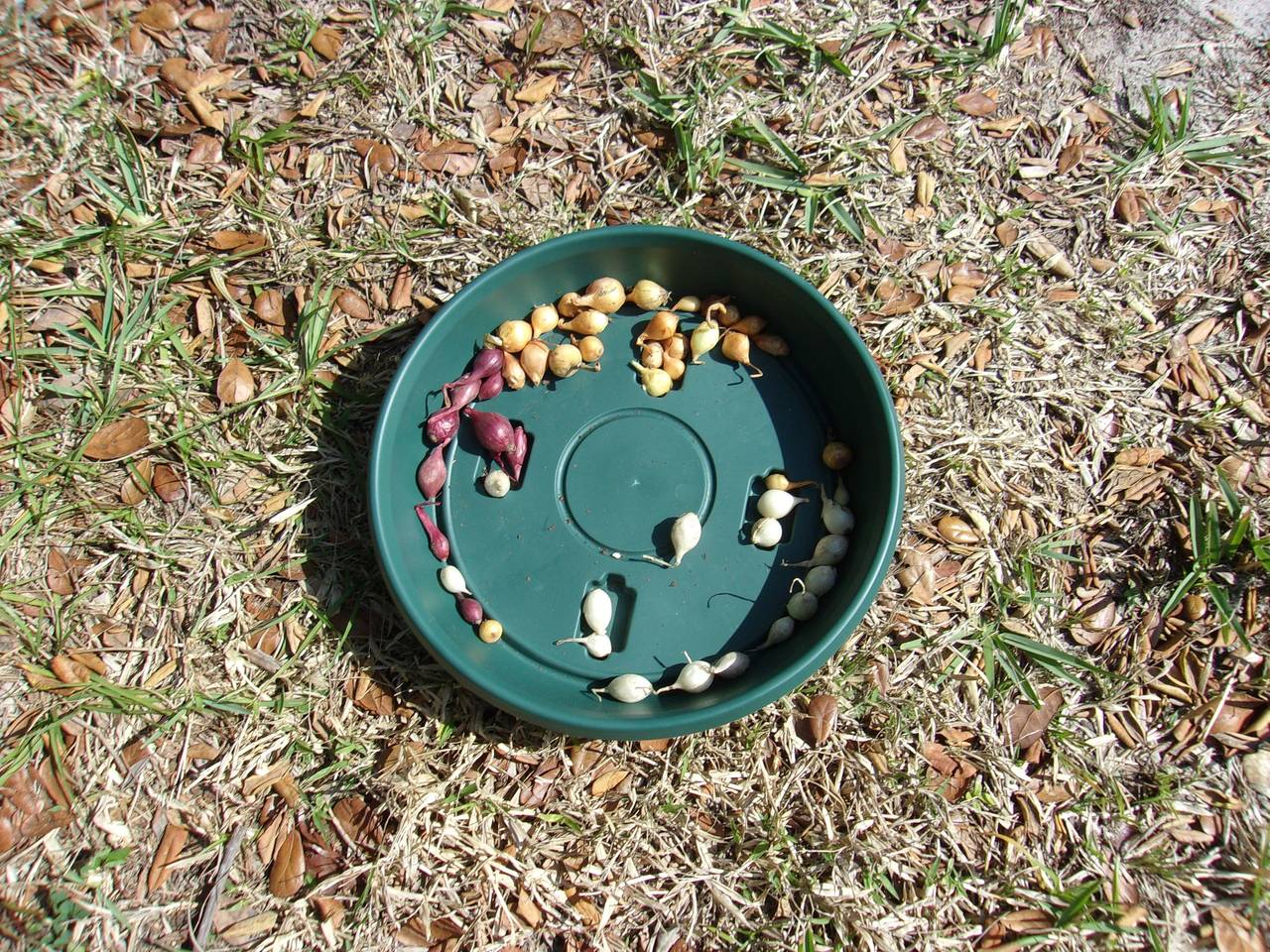 One thing I’m going quite huge on this year is onions. I have started to use them a lot more in my cooking. It is the first time growing them at all and I went with onion sets. While they won’t be huge I wanted to see how they will go.

I got around one hundred of them for next to nothing. The package they came in had three different kinds without saying what they were. All I know for sure is they are red, white, and yellow onions. I planted maybe thirty or so to get started.

Another thing that is already in is the carets and beans. While they might have been better to have started around the same time as the potatoes for the kind of weather we get down here. The potatoes were more of use than what is already here. I’m also going with a few different kinds of trays and different ways to try growing things from seeds. I do have again the more bulk planter set up for germination like I did last year.

I also have a few seeds just laying on some wet paper towels that I will keep slightly moist to get them started. Some people swearing growing things out of a paper towel or a towel roll to start with works great around here. Since I have not had much luck with seeds in the past I’m willing to give a couple of different methods a try.

As far as what I’m growing out of all of these so far I have started tomatoes, green peppers, cucumbers, parsley, rosemary, dill, basil, cilantro, and bunching onions. I might be adding more in the coming months. Since everything is being done out of containers I don’t want to go too crazy or I’ll run out of space.

Last year I had a basil plant and I liked having it. The issue was one plant was not enough. This year I’m hoping to have half a dozen to a dozen depending on how many grow from seed. Since I can freeze the leaves or the pesto I’ll be making from them anyways I don’t think I can have too much at once. Something new to me are these stacking herb containers. While they leave a fair bit of room in the middle unusable from what I can tell. It seemed like an interesting thing to give a try. Going more vertical in the area I’m trying to grow everything is an idea I like.

For several years now I have wanted to have lots of tomatoes. Despite how massive the plants get or having them all die off quite early into the season. I usually end up with one tinny tomato to harvest. Since I’m trying with seeds this year I also have some bigger containers set up mostly for tomatoes. The starting little trays don’t give much space. These are more in the size of the container you would buy a starter plant at the store. I also have them in a nice container for easy transportation. Hopefully, they will germinate nicely in there. Finally, I am even giving growing garlic from cloves a try. It is another new one to me in trying to grow. I rather like the idea of being able to grow something from what you already have and have this endless loop of sustainability if possible.

While I’m not going as big as I like with say having raised beds since I’m still growing out of containers. I am going much bigger this year. I have learned a decent amount over the past couple of years. With food prices increasing I want to start having more of the things I would go without if the price was too high to buy at the store.

If the seeds don’t work out like I’m hoping they will. Some of the above I’ll then just buy a plant and go from there. I’ll also be getting things like a Jalapeno plant which I’ve never had issues growing and only need one of the next month or two. Along with who knows what else only time will tell.

Photos were taken and content was written by @Enjar.