Playstation gives away Ratchet and Clank for free

For some reason this game was never a blip on my radar as far as potential purchase is concerned despite the fact that it has received almost universal praise for many of the releases dating all the way back to the PS2. I have at one point in time been the owner of every single Playstation system but never felt compelled to own or even try this game.

Sony gave this game away to their customers I think globally (I can't speak for the entire world) as a sign of goodwill I guess since people are forced to stay indoors in many places around the world now because of Covid. It was a nice gesture on their part and I am glad they did it because despite the near across the board praise of this game, I was very unlikely to ever check it out or really even pay anything for it, and I can't really explain why that is. 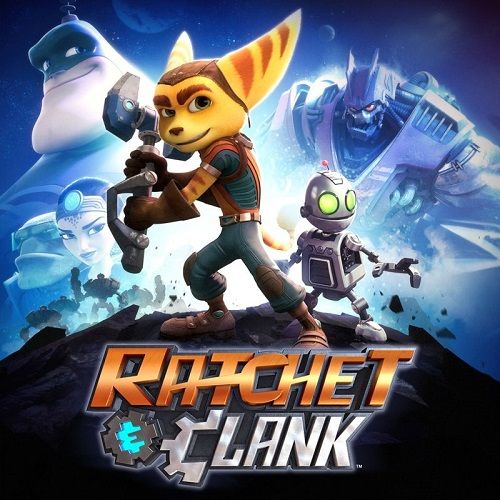 This game functions like a lot of other 3D platformers in that you run around in a kind of open environment with some objectives that you need to accomplish using various weapons and of course jumping skills. The game is extremely easy at first and honestly, it has remained that way as long as I have played it including the first boss which I easily dispatched on the first try. 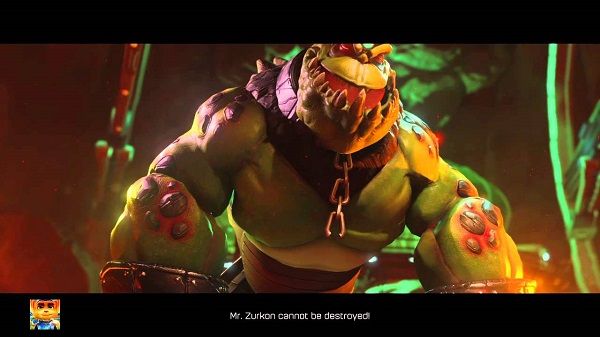 The above image presents a pretty major reason why I enjoy this game so much: It is funny and the voice acting is exceptional. The person who is the narrator really sounds just like some famous actor and I can't put my finger on who that voice belongs to (quick net search) I'll be damned, there are a ton of famous actors and actresses who did voice work for this game including Paul Giamatti and Rosario Dawson, no wonder it sounds so great. Check out the full cast HERE.

The game is hilarious in a way that Pixar film is funny. It appeals to adults and children and sometimes for very different reasons. I personally like that way that your sidekick Mr. Zurkon is constantly talking trash during combat and even gets on your case if you don't engage in battle for too long of a period of time. 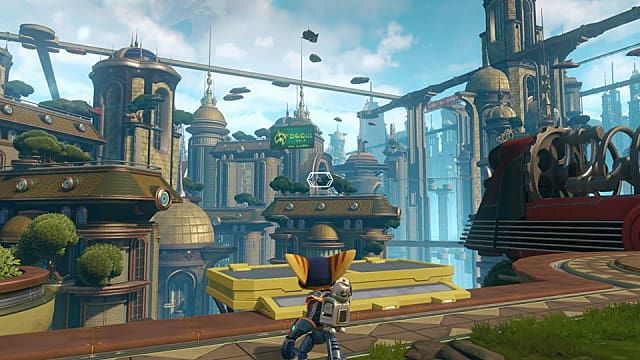 The game looks incredible and I was unaware that the PS4 version is actually what they call a reimagining of the original that was on the ps2 almost 20 years ago. Sheesh, I feel old all of a sudden - it seems like just a few years ago I was playing a PS2.

The game isn't truly open world but it is close enough in that it isn't completely linear and it is kind of up to you if you want to revisit old areas to grind for money and xp and the level design is kind of linear but you do have some amount of freedom. There are also completely optional side quests and this is something that appeals to me in any game. Linearity, if that is even a word, is something that kind of annoys me in games these days and I like that they have this level of freedom. If this was available back in the 2002 original, I feel as though it was kind of ahead of its time.

They also have a leveling up system not just for Ratchet and Clank, but also for each individual weapon based on how much you use them. This encourages you to experiment with all of the weapons instead of just sticking to your 2 favorites. These weapons and also Mr. Zircon (who is awesome) can also be individually upgraded on a "skill tree" of sorts.

So why did I avoid this game for so long despite the fact that no matter where you look, this game gets at least an 8/10. I think it is because it reminded me of 3D platformers that we honestly had too many of back in the day and almost had a Crash Bandicoot feel to it from the trailers I watched and for some reason, that game never really appealed to me. The 90's and early 00's saw way too many of these types of games released and I guess I never really recovered from the over-exposure. 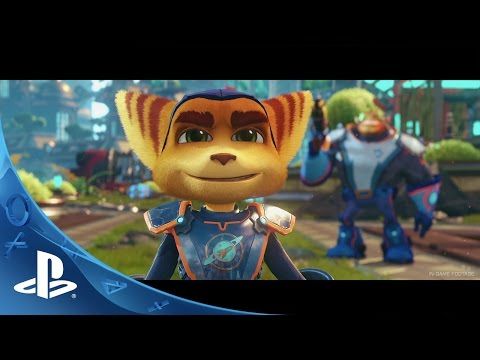 I just love that the title of that video is "The game based on the movie, based on the game." So apparently there is a movie out there as well. LOL, I really don't stay up to speed on what is going on in the gaming world as much as other people because I didn't know there was a movie. I suppose I'll have to check that out after I finish this game.

So if you have a PS4 this game, as far as I know is still free for everyone and I don't think you even need to have a PlayStation Plus membership in order to qualify for this. So go have a look and see if this is true for you as well. I have been having a lot of fun with this game and I think most other people will as well. I guess that is why it is one of the best-selling PS games of all time.