Pinball machines aren't really around that much anymore and that is a damn shame. I can understand the death of the arcade because home consoles became so spectacular that there wasn't really a reason for us to have arcade machines anymore but pinball, well that hasn't been replicated in a home sense (unless you are seriously wealthy) and it really can't be.

Let's just say that I miss them 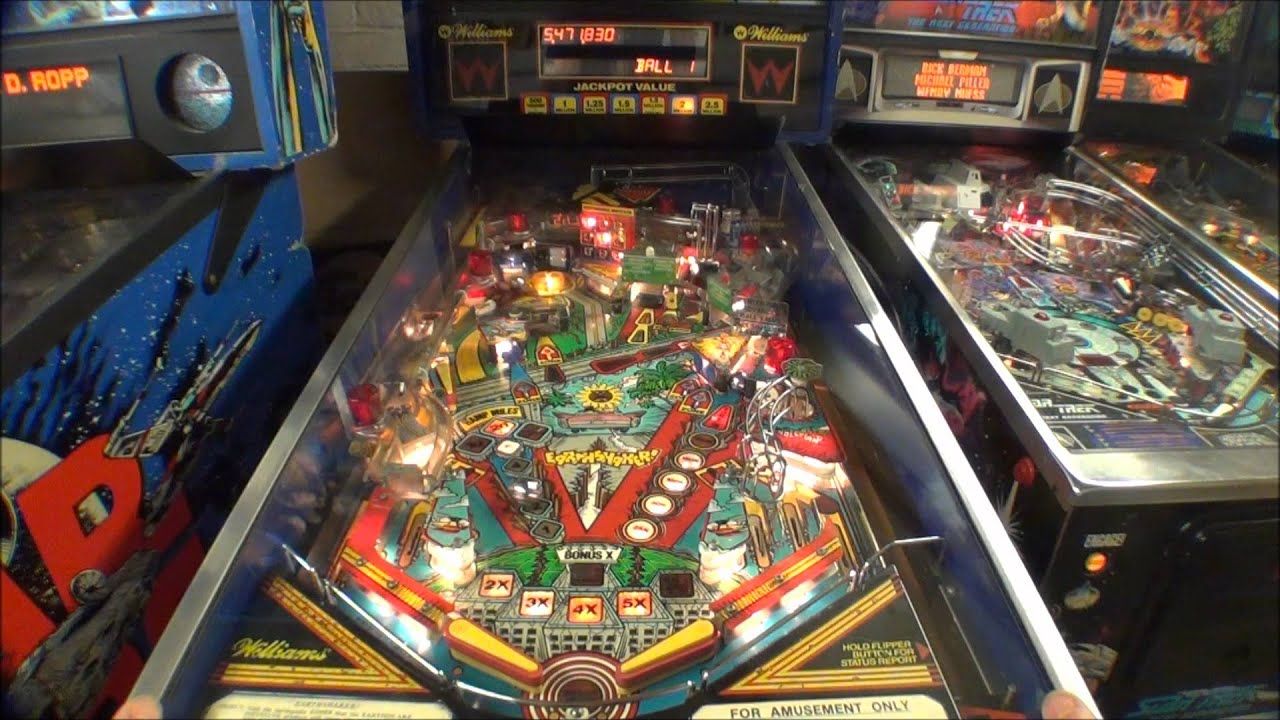 These days it is a rarity that you ever see a pinball machine outside of a Dave and Buster's and well, D&B's aren't exactly in every town given the what is bound to be massive startup cost associated with opening one. Pinball machines used to be everywhere. I recall when I was a kid that you'd just be in some random gas station and there would be a pinball machine at the front entrance, just waiting for some quarters to be inserted.

One of my favorite machines as at our local 7-11 and it was called "EarthShaker" and it is featured above. The theme behind the game wasn't terribly clear but it had something to do with activating a bunch of parts of the game and then the system would scream "EARTH SHAAAAA-KERRRR" and then release 4 pinballs for multi-ball play.

Everyone loves multi-ball play until they realize that you can't really aim at anything in particular when keeping track of 4 balls as once and it probably doesn't result in getting as many points as you think. It is pretty interesting though and the ultimate objective I think of most pinball games. 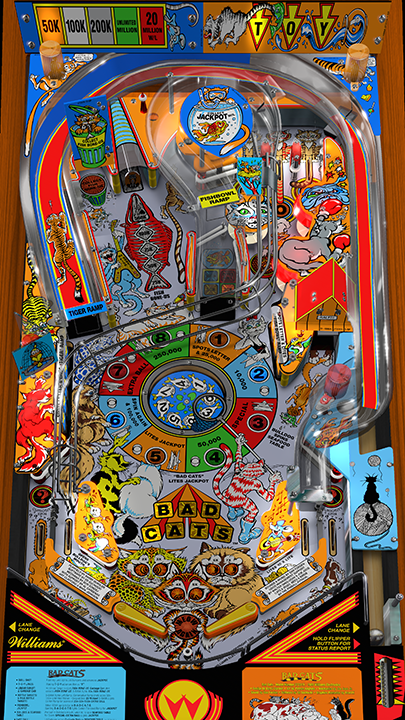 Another one of my favorites that became my favorite simply because it was also at that same 7-11 was a game called "Bad Cats" and it functioned just like any other pinball machine and I played it enough times that I can still hear the sounds the game would make in my head when I think about them now. 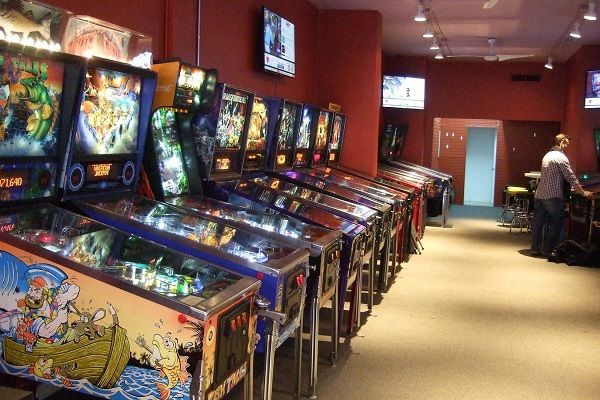 They have a collection of 40 or so machines in this place including Earth Shaker. Unfortunately there is no Bad Cats but there is one out there somewhere and I would love to have it at some point.

The problem with pinball machines is the immense amount of moving parts inside of them. I know a guy that before he became an extremely successful robotics engineer he was a pinball technician and he would travel around and repair / maintain pinball machines. There were not very many people that were capable of this and therefore he was a very busy boy indeed. He was making so much money in fact that he at times contemplated not going to college as a consequence. I would be willing to bet that since pinball and arcades in general basically died in the 90's, that he is very happy that he decided to go to school eventually.

I miss pinball. I don't think there is a single machine in my entire city. There aren't any that I am aware of anyway and really wish they would come back. But when you look at the production cost of several thousand dollars per machine, the need for constant maintenance, and the fact that the machines weigh as much as a small car, I suppose I can understand why they aren't around anymore. There was a time though!